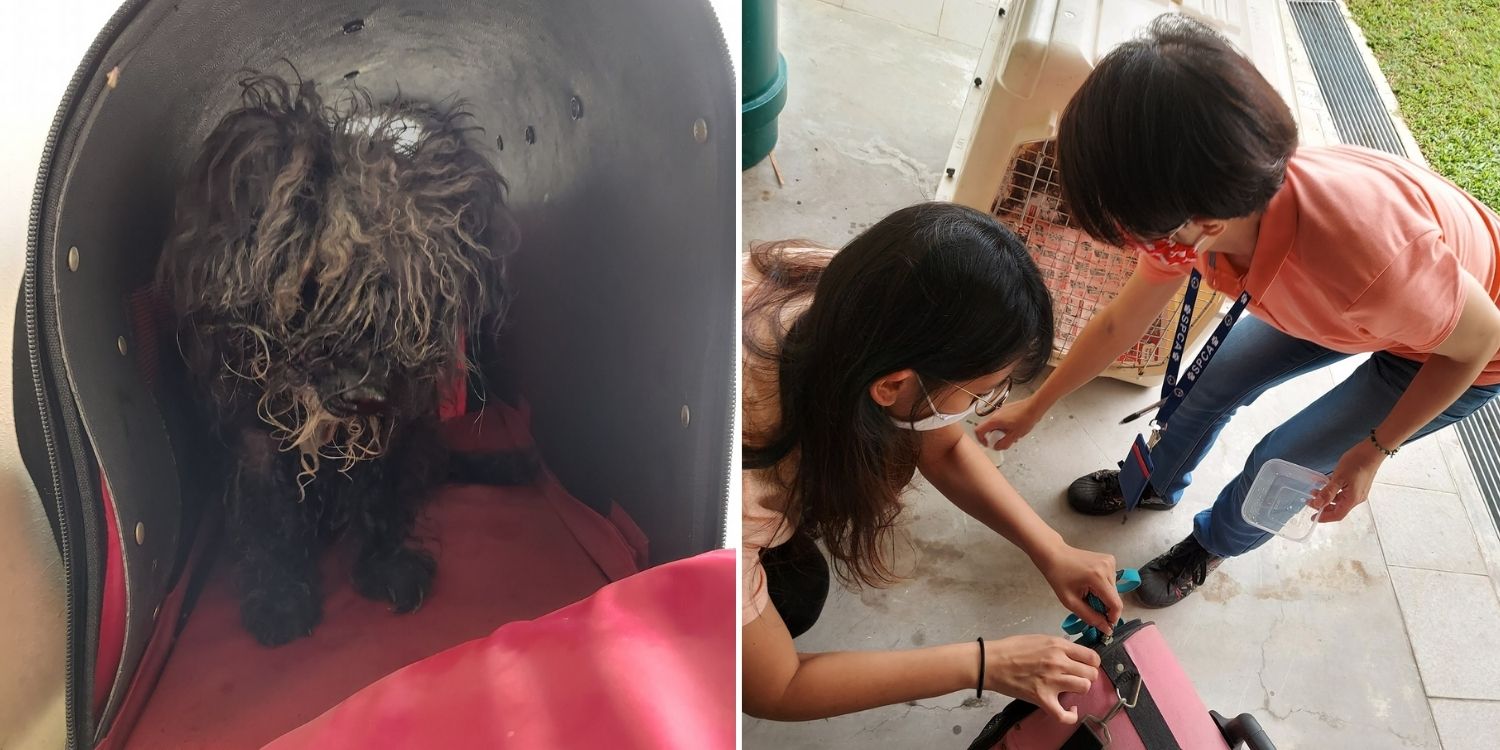 Caring for defenseless animals is a huge responsibility which sadly not all pet owners are able to cope with.

That seemed to be the case for a particularly scruffy dog, which passersby found near a bin at the void deck of their HDB flat.

Facebook user Ms Lim shared just how sad the pup’s state was, which to her indicated possible neglect on the owner’s part.

Ms Lim posted about her heartbreaking find on Facebook on Thursday (15 Oct). 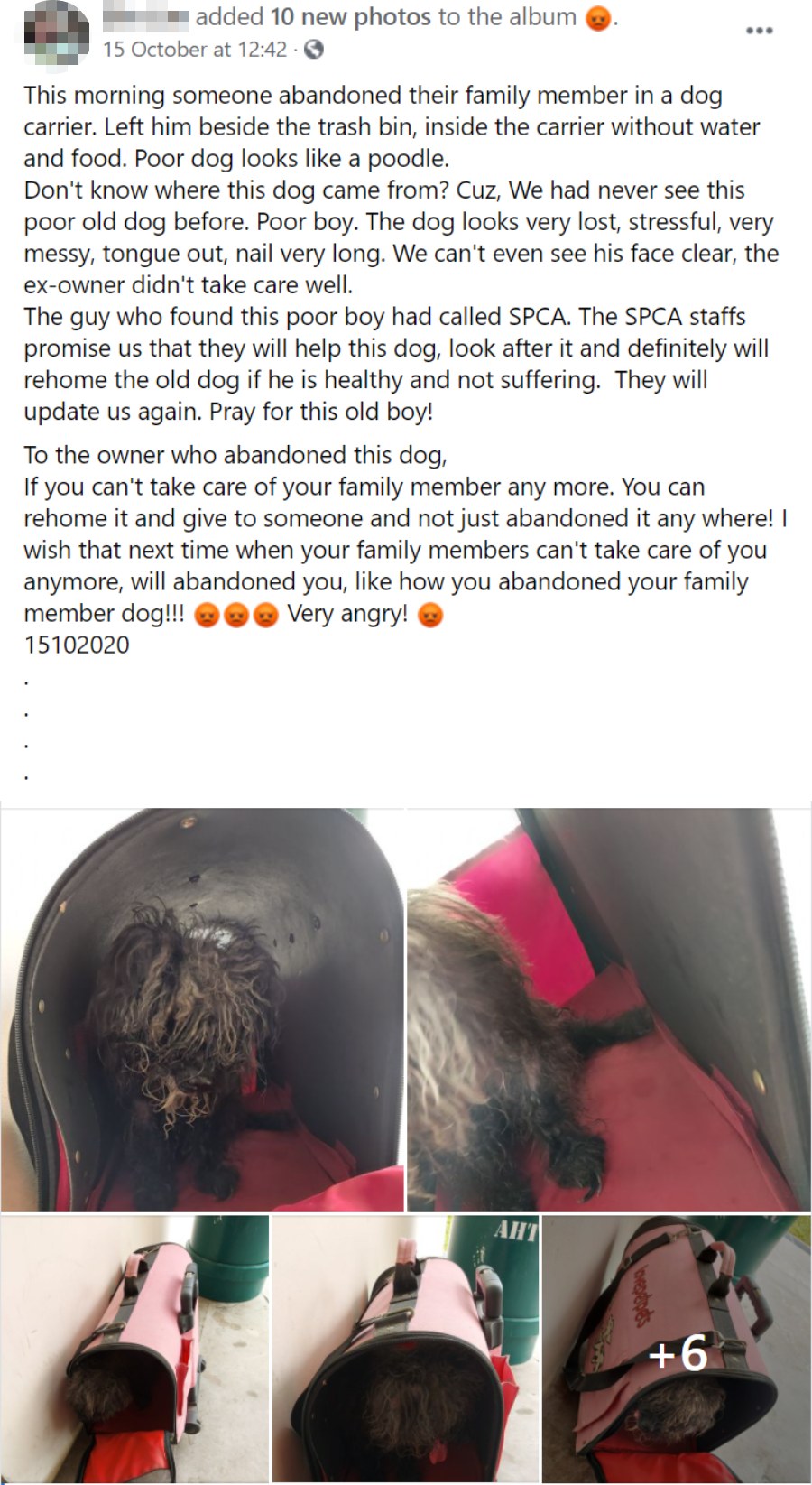 Expressing her displeasure over the discovery, she described in detail the state she had found the dog in.

Thinking it could be a poodle, Ms Lim how the dog was unfamiliar, as she had never seen it in the area before.

Of course, it was hard to tell what the pup originally looked like, as at that point, he looked “very lost, stressful, very messy, tongue out, nail very long.” 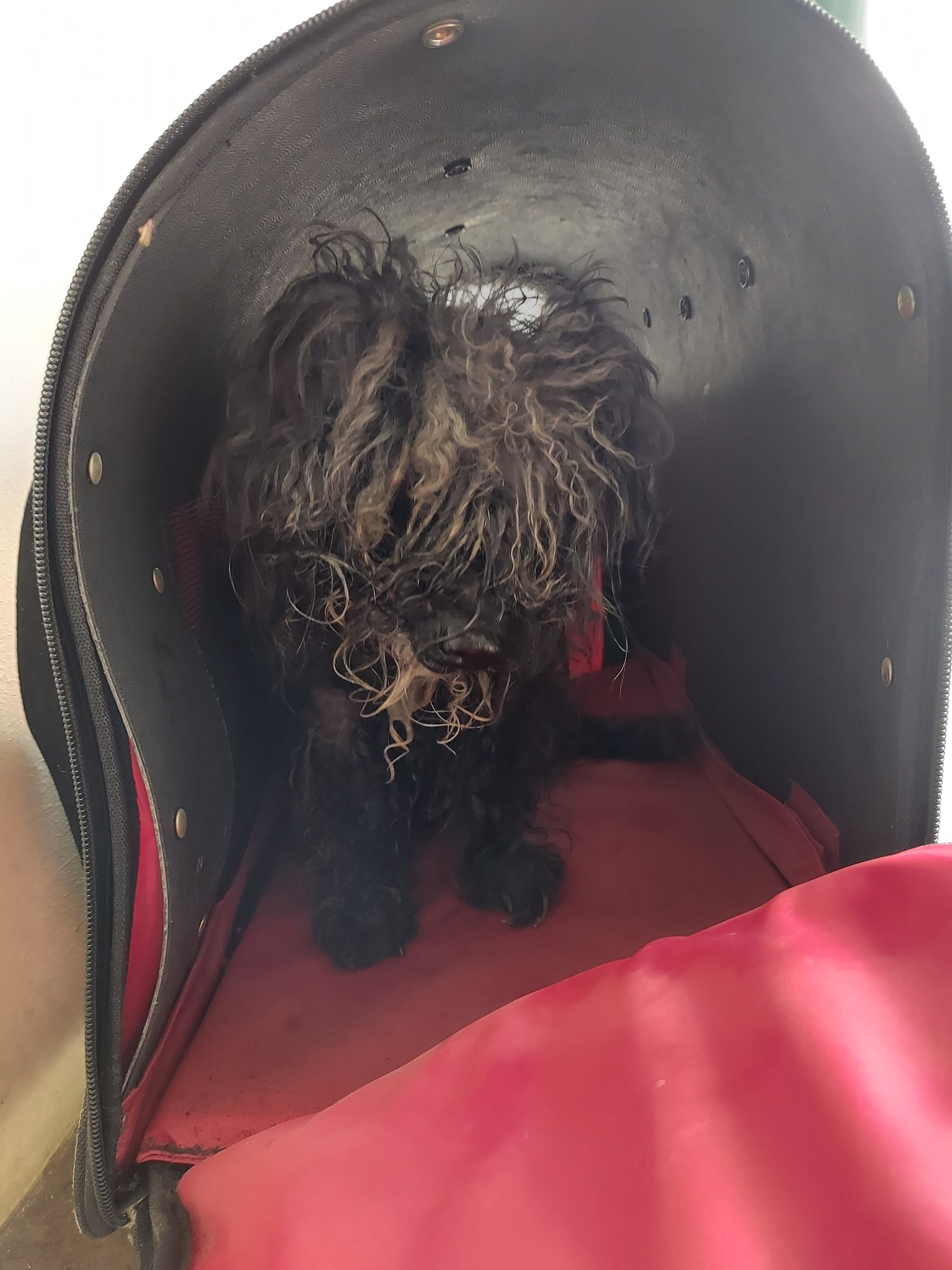 As his face can’t even be seen, Ms Lim concluded that the previous owner had failed to care for the dog well.

SPCA came to the rescue

According to Ms Lim, a man who had found the dog before them already called the Society for the Prevention of Cruelty to Animals (SPCA).

SPCA staff soon arrived at the scene to inspect the poor pup before taking him away. 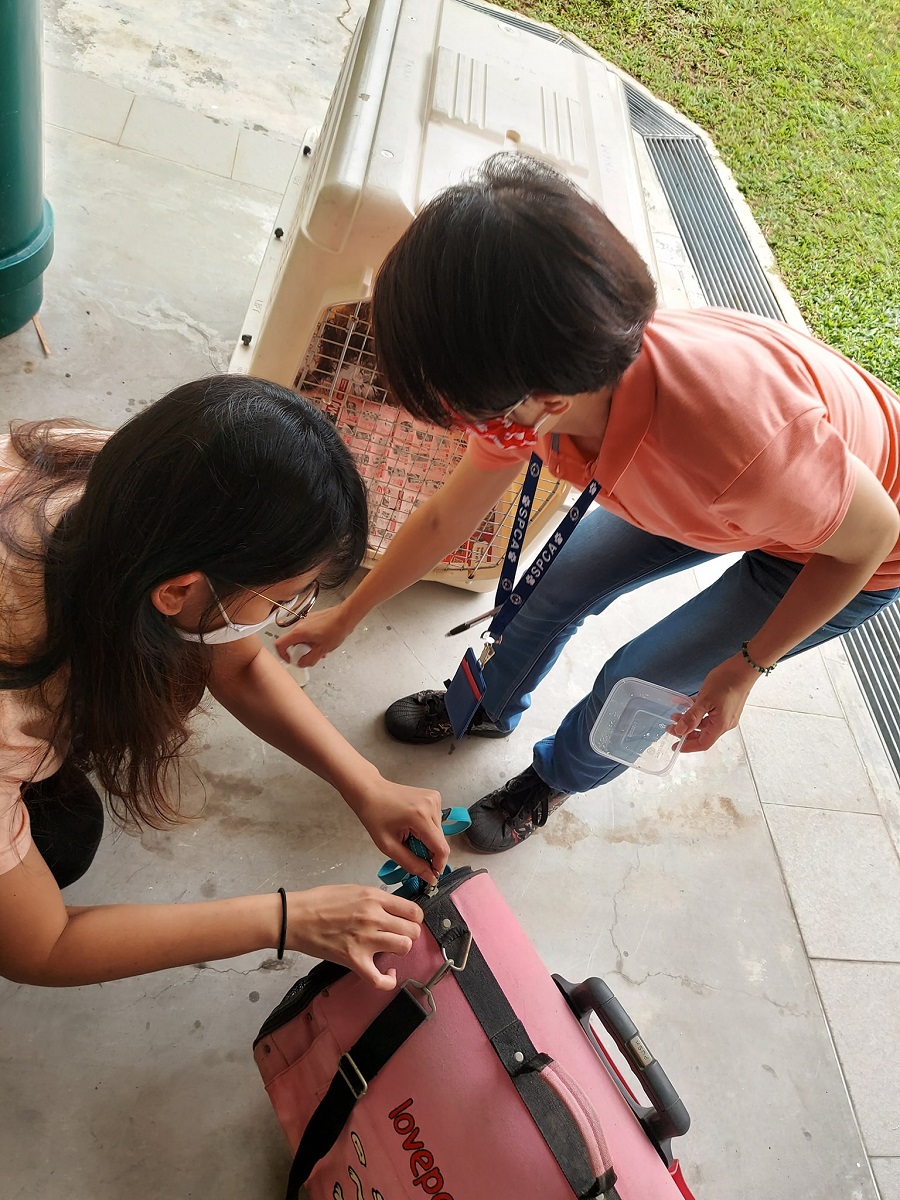 Thankfully, they also brought along a much larger and cleaner carrier which he could sit comfortably in.

Ms Lim added that the staff assured her that they would take care of the dog to the best of their abilities, and assess his health condition.

Once they deem him healthy, they will try to find him a new, loving home.

Stories of pet abandonment are sadly quite common in Singapore, and it’s time that we try our best to change that.

These domesticated creatures rely on us to survive, and are often helpless when left out in the open.

If you really can’t afford to care for them anymore, look for humane ways to find them a new home, so they can carry on living in comfort and safety.