We’re barely 1 week into campaigning for the 2020 General Election (GE), and the claims and counter-claims have started flying without respite.

On Thursday (2 Jul), the People’s Action Party (PAP) called the Singapore Democratic Party’s (SDP) campaign “pointless”, stating that a core facet of its campaign is based on a falsehood – its claim that the Government was planning for a population of 10 million.

However, instead of admitting defeat, the SDP has turned it around, claiming success that one of its core campaign tenets has been accomplished. 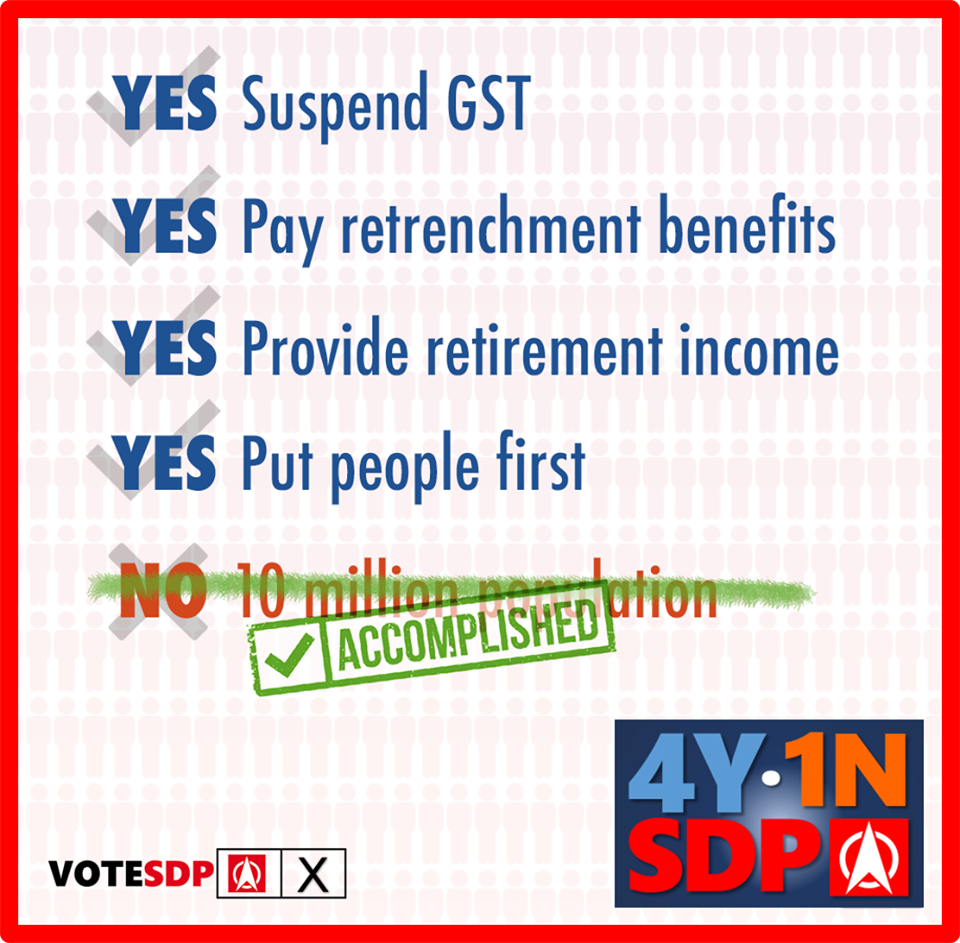 SDP’s slogan is “Four Yes, One No” 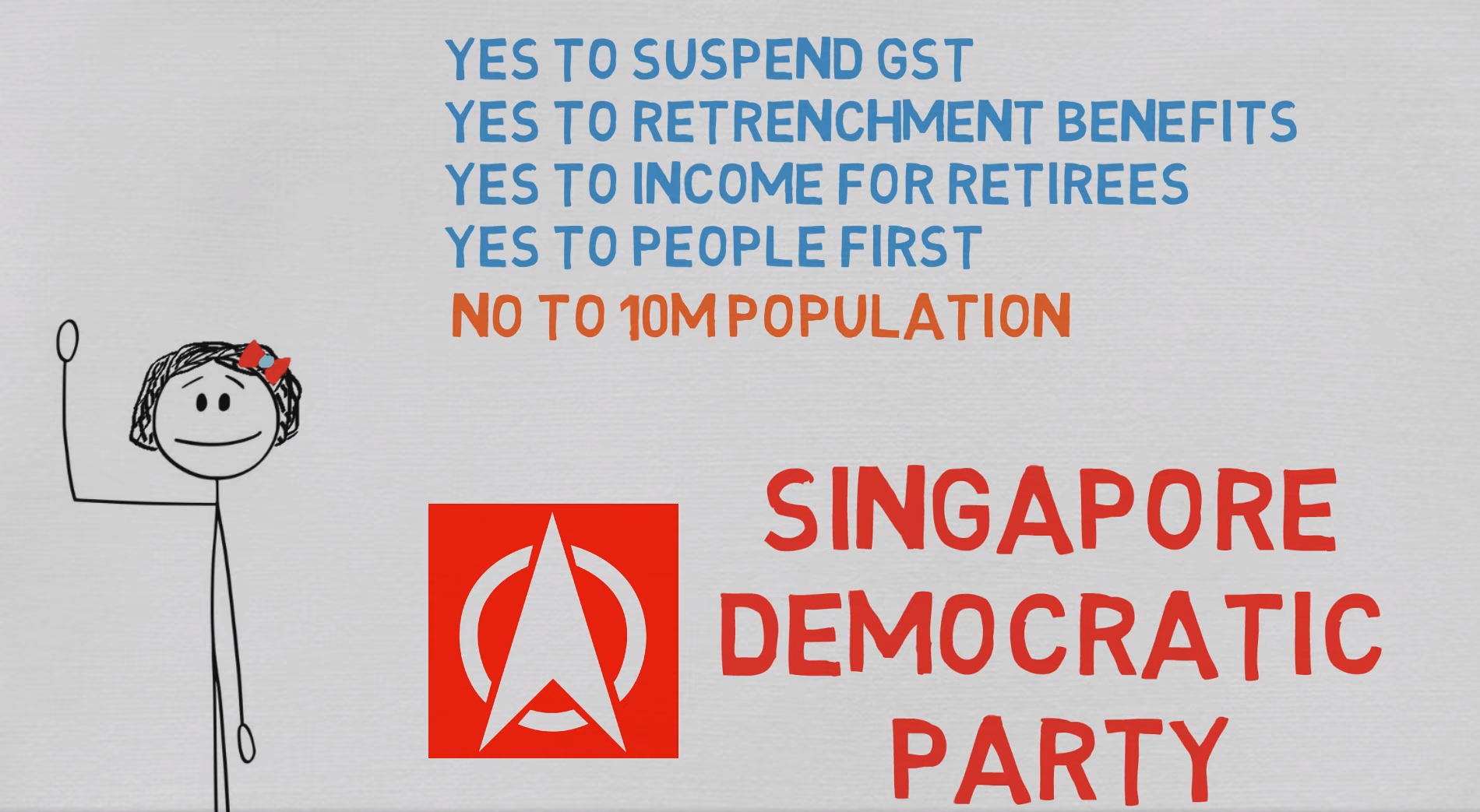 However, it was the “One No” that SDP chief Chee Soon Juan doubled down on during Singapore’s first political debate on Wednesday (1 Jul) — “No to 10 million population”.

Dr Chee’s question – Is the Government planning to raise the population to 10 million? – was denied by Dr Balakrishnan during the debate. 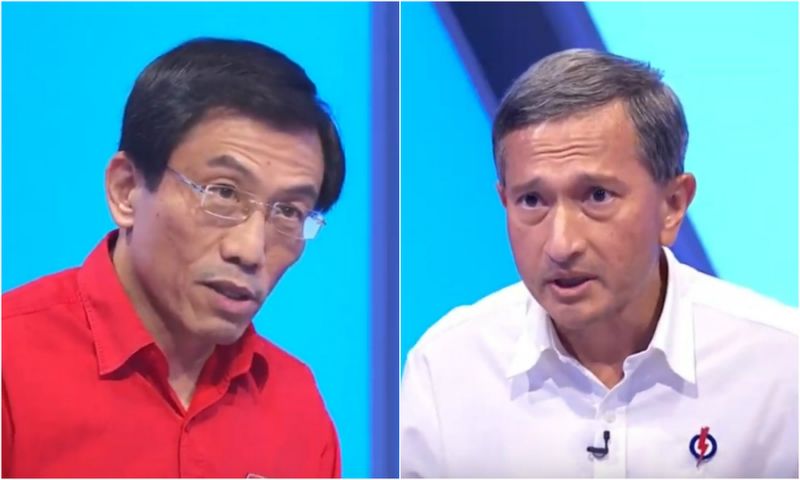 He also pointed to a press release from the Prime Minister’s Office, saying that statements about the Government planning to raise the population to 10 million are untrue.

Mr Heng, on his part, said the next day that he didn’t say that Singapore should plan to increase its population to 10 million, assuring Singaporeans that the Government has never proposed or targeted such a number.

An article by The Straits Times on the debate also said, “Mr Heng did not say Singapore should plan for 10 million people – nor did he mention the figure.”

Undeterred, the SDP posted on Facebook on Thursday (2 Jul) night, giving the impression that it intended all along to extract an assurance from Singapore’s ruling party that it would not increase the population to 10 million. 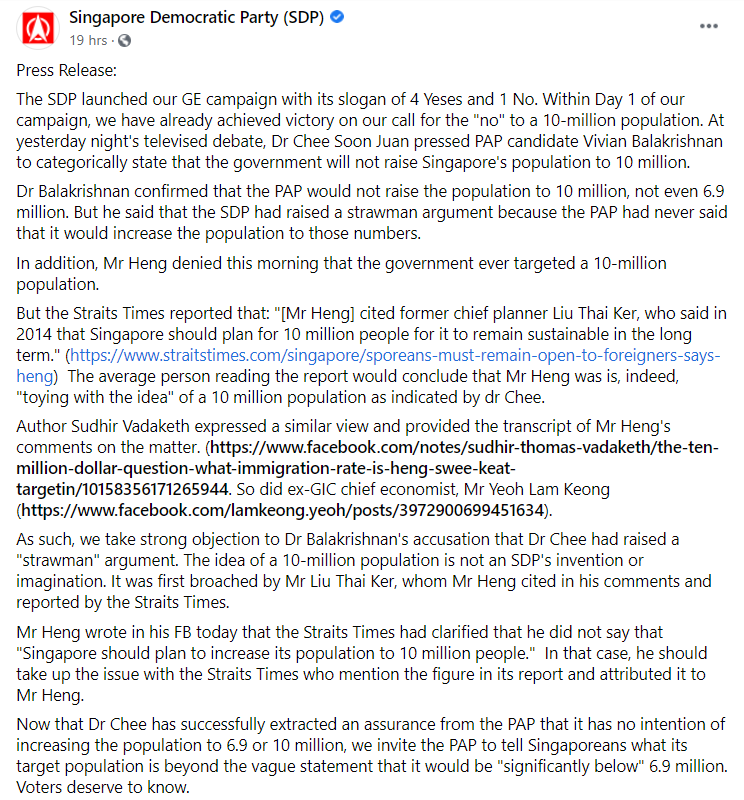 In fact, it bragged, that it had “achieved victory” within Day 1 of its campaign, regarding the “10 million population” issue.

The party also pointed out that Mr Heng should take issue with The Straits Times’ reporting on his interview in 2019, as the newspaper mentioned the figure in its report, then attributed it to him by way of former national planner Liu Thai Ker. 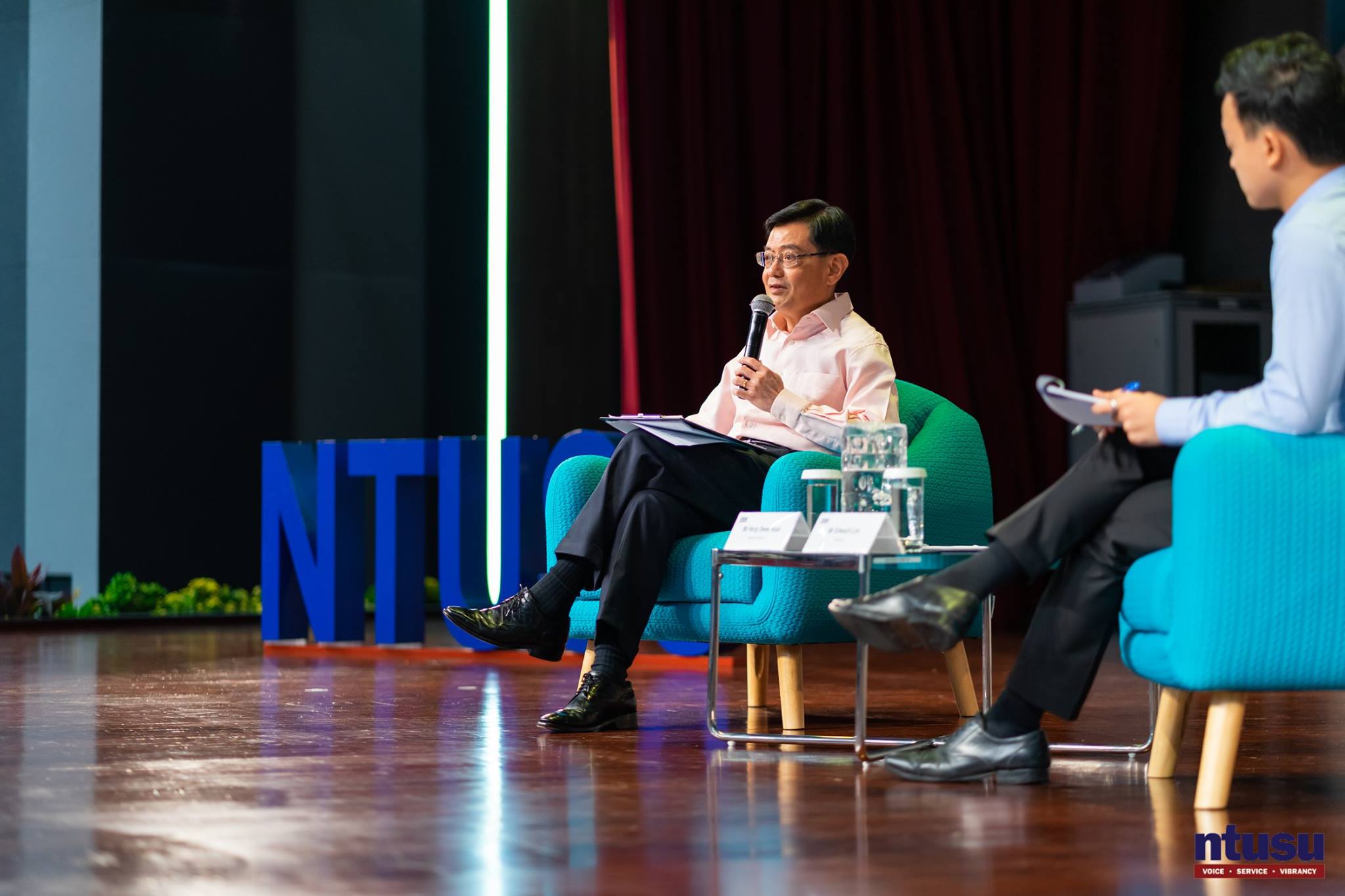 After the many denials, the PAP seized the chance to criticise SDP’s campaign though a statement on its website.

According to the PAP, Dr Chee is further twisting the facts by claiming the SDP has “achieved victory” by extracting a promise from the PAP.

The “10 million population” issue is in fact a “bogey” conjured “out of thin air to befuddle, frighten and divide Singaporeans”, the statement said.

The falsehood isn’t just to do with “Dr Chee’s personal dishonesty”, it added, but as it’s a key plank in his party’s campaign, it’s now “pointless”, and also “calls into question the integrity of the whole party”.

The statement also called on Dr Chee to apologise,

the honourable thing for Dr Chee to do would have been to admit that SDP’s election campaign was based on a falsehood, withdraw it, and apologise to Singaporeans for misleading them

As with all elections, controversies are bound to surface, with countless “he said, he said” moments.

All we can do is to exercise our best judgement and vote wisely come polling day.