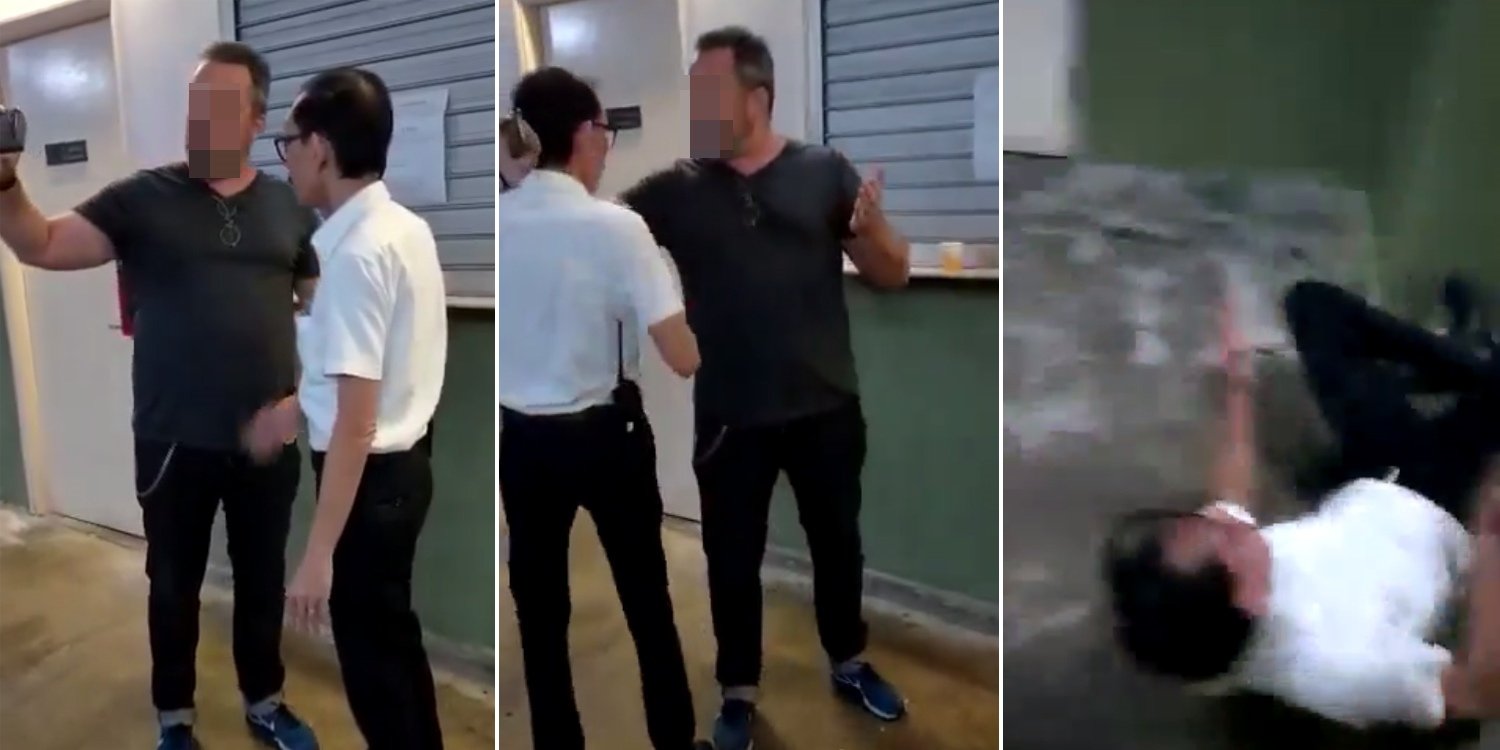 We wish the guard a speedy recovery.

Security Guard Collapsed After Getting Struck At Carpark

When we’re lost, many of us turn to security guards for directions.

Even so, there’s little to no reason for things to turn violent.

Yet on Friday (5 Apr), a video was shared on the All Singapore Stuff Facebook page, showing a man striking a security guard after asking for directions at the Roxy Square carpark.

The 2-min clip was shot from the perspective of a 3rd person — presumably another security personnel.

As the video starts, a man dressed in grey can be seen asking for directions from a security guard. 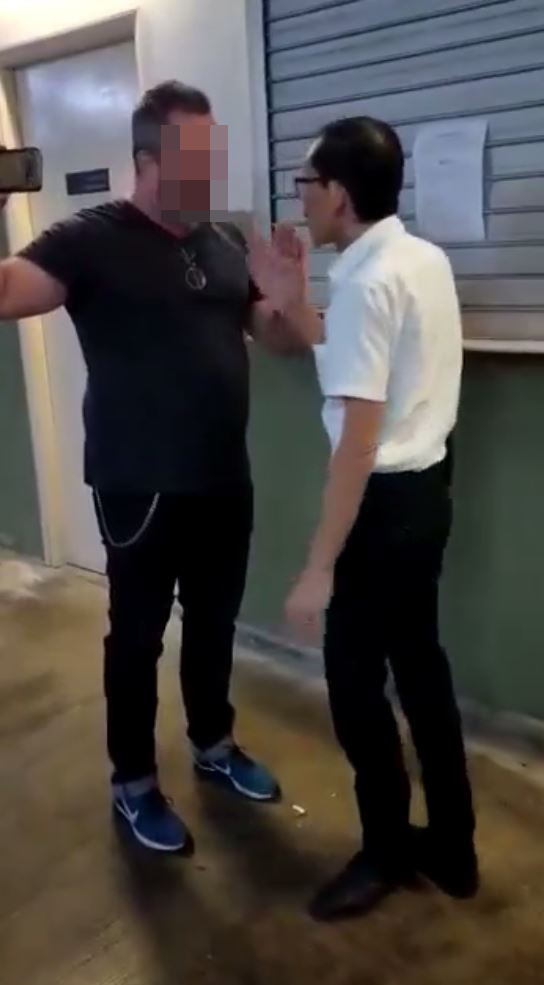 For some unknown reason, the man recorded the entire interaction using his mobile phone.

After a brief but heated discussion, the security guard offered to walk the man to the carpark’s exit.

But as the security guard tries to lead the way, the man extends his filming arm to block the guard from moving forward.

Unaware of the man’s actions, the security guard walks directly into the man’s arm. Immediately after that, the man turns over to the security guard and exclaims,

You walked into my arm!

The security guard then tried telling the man that there are 3 exit doors to the carpark, and that security personnel will help to evacuate people out, during an emergency. 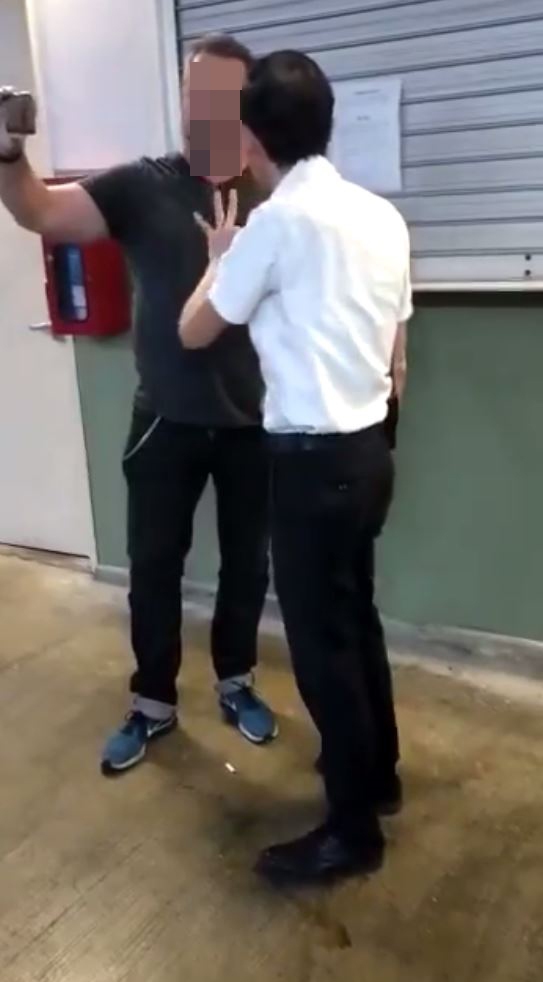 But the man was having none of it and laughed hysterically throughout his explanation.

The pair then walked off to another part of the carpark, during which both bumped aggressively into each other several times. 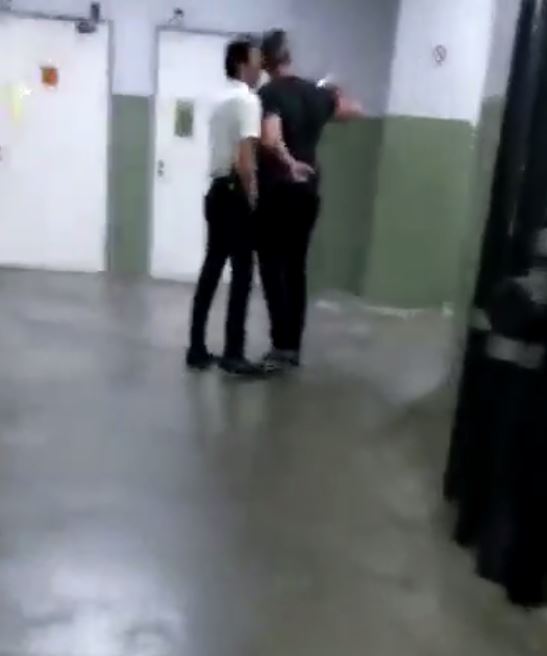 As they turn a corner, the man extended his leg several times in order to trip the security guard. 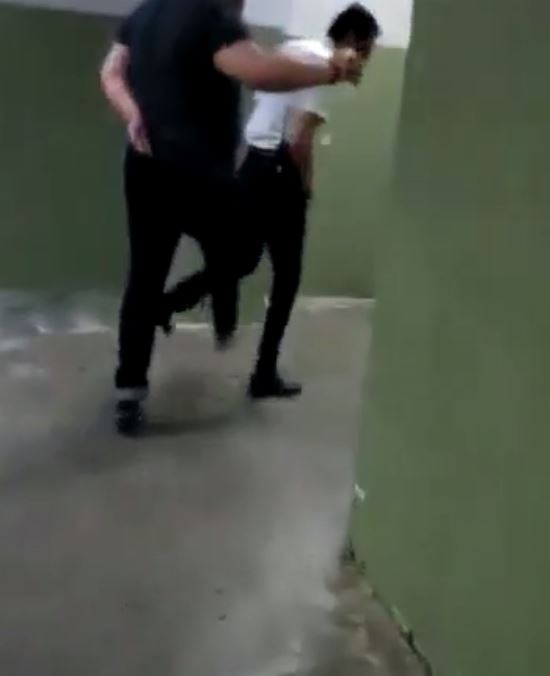 Presumably fed-up by the man’s antics, the security guard turned around and told the man,

In response, the man punched the security guard across the face which resulted in him collapsing to the floor and clutching his face in agony. His glasses were also sent flying by the sheer force of the punch and it landed next to the security guard.

The video has garnered over 4,000 shares at the time of this article.

A fair share of netizens also chipped in with how they felt about the video.

We observed a fair share of xenophobic comments regarding the man’s ethnicity in the thread, though we won’t be republishing them.

Others weighed in with more constructive feedback.

This netizen who’s in the security industry felt that the relevant unions should step in to prevent similar incidents from happening in the future.

Finally, other keen-eyed netizens claim that the incident took place in Roxy Square.

We hope that the security guard involved did not suffer any major injuries and will make a swift recovery.

Regardless of what had happened prior to the video, there’s absolutely no need to resort to violence.

As much as possible, let’s also resist dragging the ethnicity of those involved into the discussion, as this is probably an isolated incident.