There was reportedly a 15-minute argument before chairs were thrown.

When passing by coffee shops, we occasionally hear diners engaged in animated conversations. But it’s not every day that we see people getting violent and fighting with one another.

However, some residents in Sembawang witnessed a brawl, which saw a man getting struck on the head by plastic chairs from a nearby kopitiam. Police vehicles were later seen at the scene.

Brawl breaks out at Sembawang kopitiam

In one of the clips sent in by an MS News reader, a group of men was seemingly engaged in a loud conversation at a nearby kopitiam. The man behind the camera could also be heard shouting, “Police!” numerous times.

According to the reader, the brawl took place at a coffee shop near Block 115 Canberra Walk in Sembawang.

“I was washing my dishes after the kids fell asleep. Then I heard loud noises, people were shouting and it sounded like the movement of tables and chairs,” she said.

She tried to ask the rowdy group downstairs to be quiet, but a few moments after, the fight started. The reader immediately began recording.

Halfway through the clip, two men armed with plastic chairs struck another man on the head. The victim appeared stunned by the strikes and quickly retreated from the two assailants before sitting on a nearby road.

Presumably having suffered a blood injury, the man took off his shirt and wiped his head. 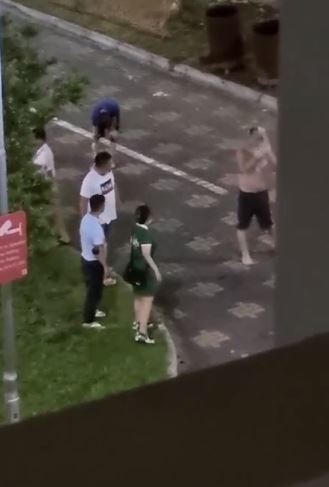 In another clip, the victim was seen seated on the road as he was surrounded by a group of men. 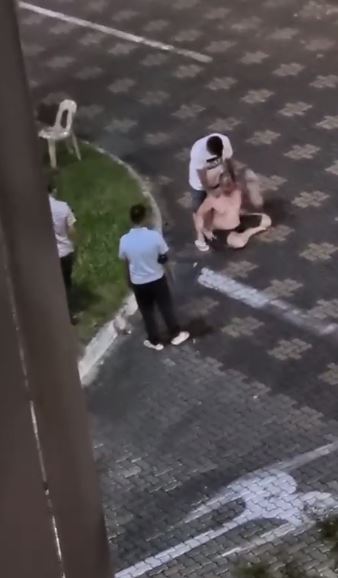 As one of the men hovered above his shoulders, the victim shouted that he “wanted to die” in Mandarin.

With his shirt in one hand, the victim marched back into the kopitiam. 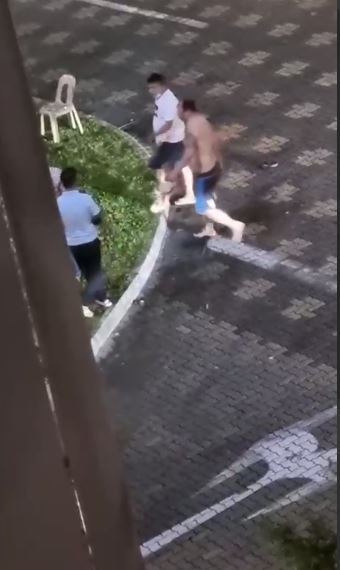 The reader said the argument lasted for about 15 minutes, while the fight took another 10 minutes.

Witness footage seen by MS News shows police vehicles in the vicinity of the brawl. It’s unclear if anyone was arrested as a result of the incident.

MS News has reached out to the police and will update this article when they get back.

Even though kopitiams are no strangers to the occasional banter and heated conversation, it’s certainly no place for such violent fights.

We hope the victim wasn’t seriously injured and that the police will get to the bottom of this incident soon.