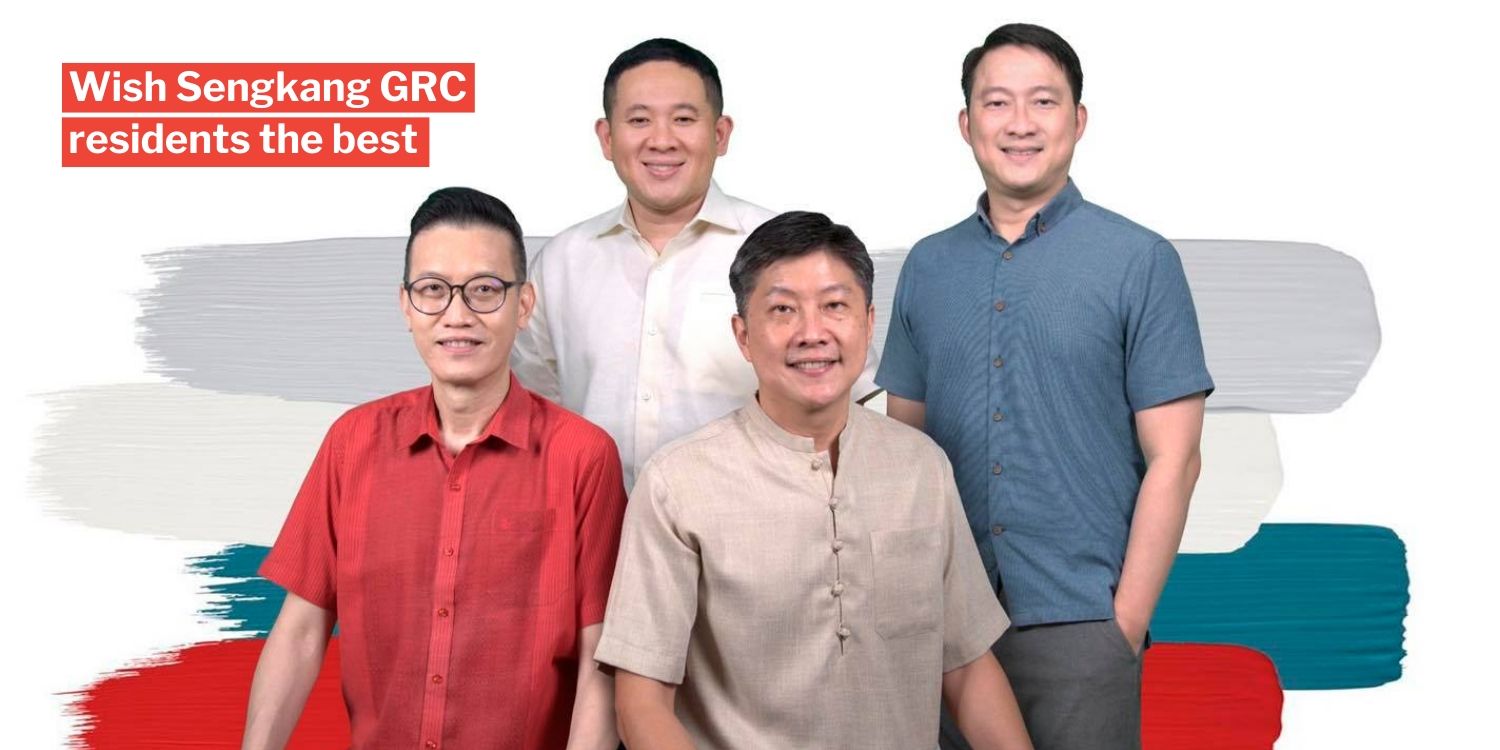 In the wake of the GE2020 results, the biggest news that filled Singaporeans’ minds was The Workers’ Party (WP) triumph in the new Sengkang GRC, winning 52.13% of votes over the People’s Action Party’s (PAP) 47.87%. 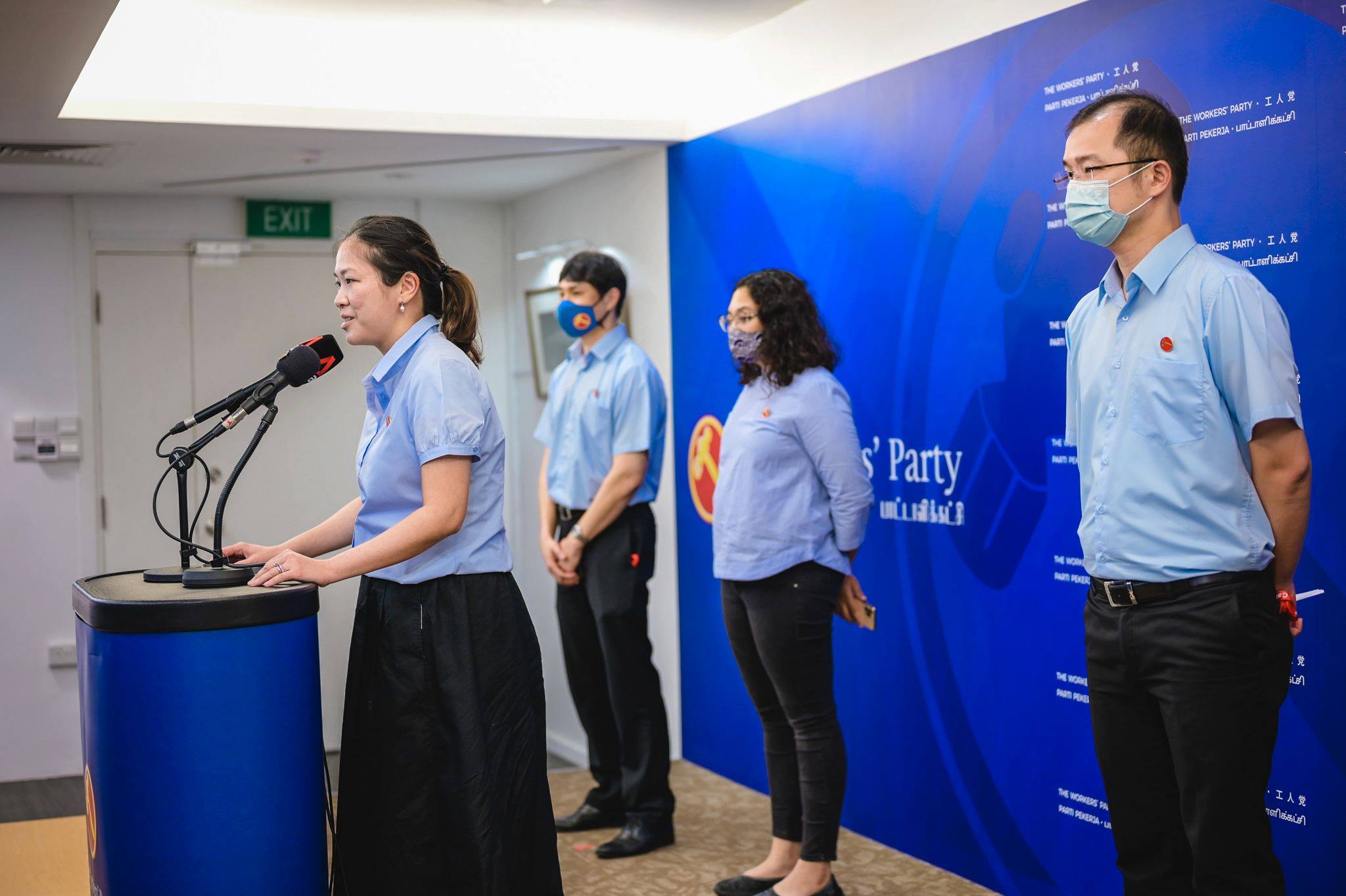 Maintaining their respect for residents’ choice, the candidates gracefully accepted their defeat, promising to work harder.

An end to a 14-year relationship

Among the 4, the loss probably hit Mr Lam the hardest, as he had been the Member of Parliament (MP) for Sengkang West SMC for 14 years, before it was split between Ang Mo Kio and the new Sengkang GRC.

Reminiscing his time seeing his constituency which he calls his “baby” grow, Mr Lam expressed his honour for having the privilege to serve there.

He didn’t forget the countless people who have helped him, from grassroots leaders to residents themselves, whom he sincerely thanked:

I would like to say a Big Thank You to all of you for making my stay in Sengkang West so memorable. I am grateful for the close friendship we have forged and I will always cherish it.

Keeping in mind that we’re still in the thick of a pandemic, Mr Lam reminds Singaporeans to “stay safe and healthy”, as he prays for our well-being.

Candidate Mr Raymond Lye shared a similar message in his Facebook post, where he wished residents of Sengkang GRC well.

Missed by residents of previous GRC

Another MP whom residents, albeit from a different GRC, will miss dearly, is Mr Amrin Amin. Previously MP for the Woodlands ward in Sembawang GRC, he had left a positive impact on residents.

He humbly congratulated the WP and accepted Sengkang residents’ decision, in a short Facebook post which also concluded his 5 years in Parliament. 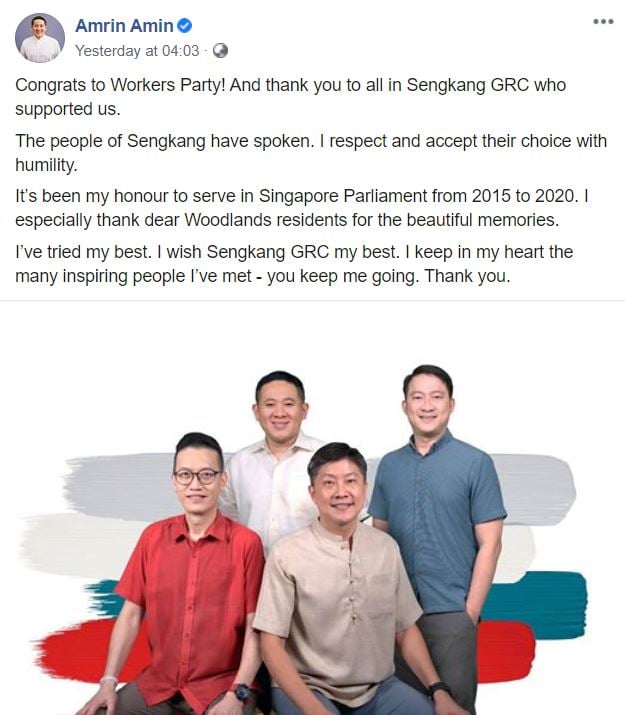 Woodlands residents left comments, thanking him for his service and lamenting the loss of an MP they had grown to admire.

Though his time in Parliament was fairly brief, Mr Amrin has clearly touched many lives. Let’s hope he’ll be able to continue to do so, even in a different capacity. 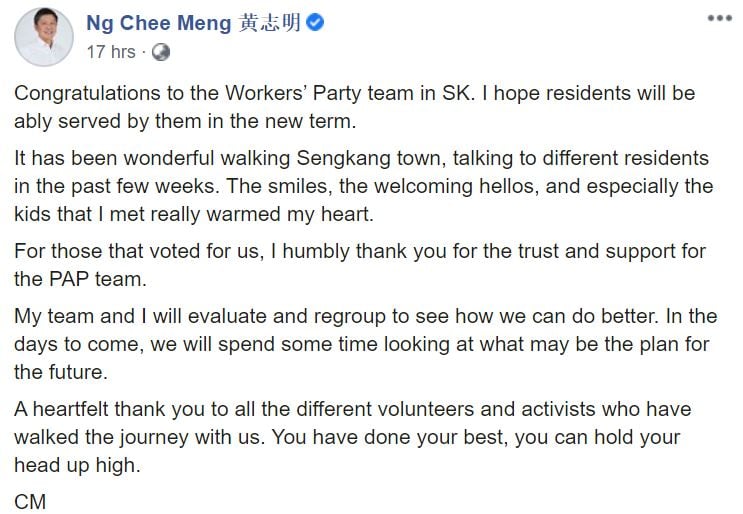 Taking the loss as a learning experience, Mr Ng says that,

My team and I will evaluate and regroup to see how we can do better. In the days to come, we will spend some time looking at what may be the plan for the future.

As the candidates bid farewell to an eventful GE and time in Parliament, the results provide them with an opportunity to reflect on any areas for improvement.

The close battle between PAP and WP in Sengkang GRC showed how much appeal both parties had to residents. 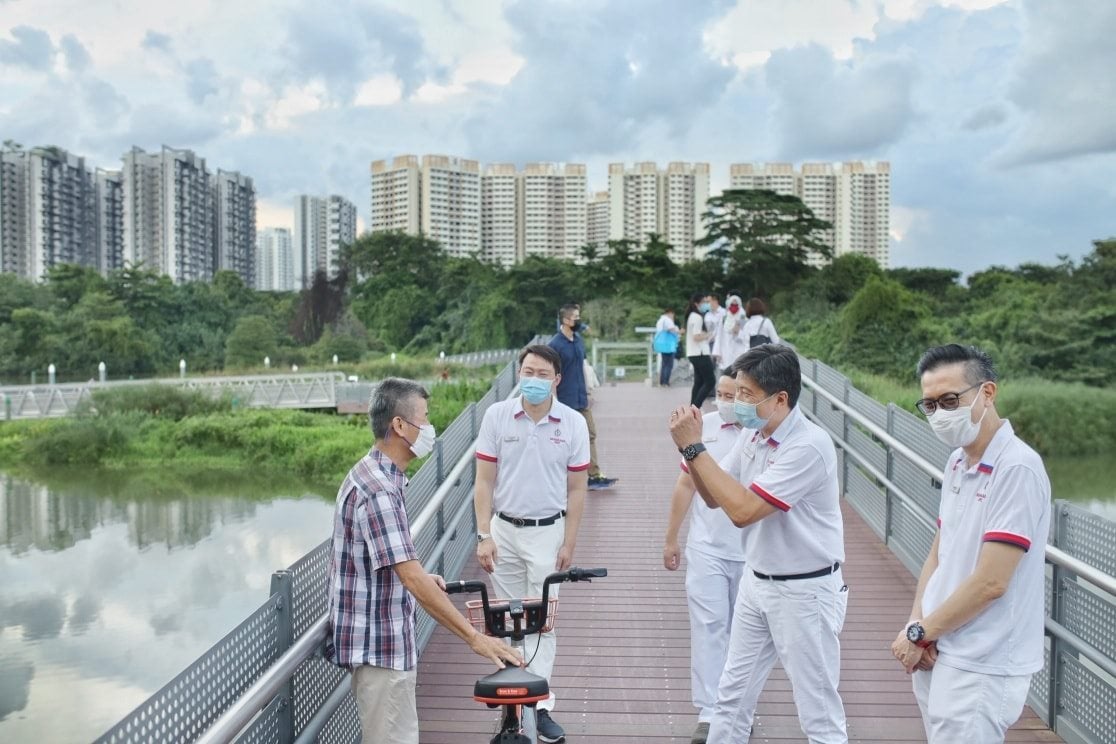 Ultimately, however, they chose who they thought could serve them best, and WP emerged victorious, despite the bumps along the way.

Let’s hope the choice will serve them well, and we wish candidates of both parties the best for their paths ahead.