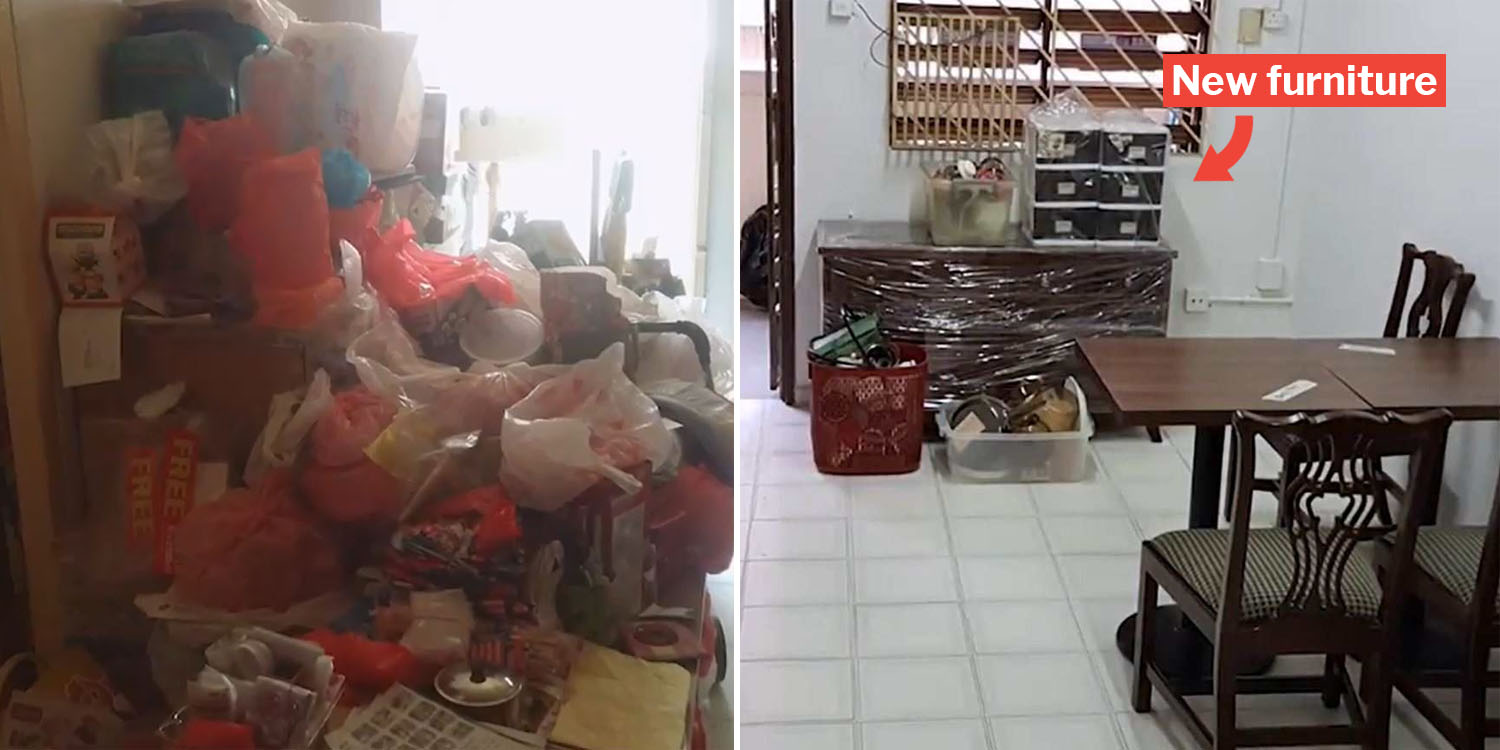 Unless you do volunteer work on a regular basis, you may not know the conditions which Singapore’s less fortunate live in.

One family in particular struck her, after a visit to their Serangoon flat made her aware of just how heartbreaking their plight was.

In an interview with The People’s Association (PA), Mdm Chu recalled the shock of her first visit, as she saw that “the whole living room only had one passageway for one person to walk.”

With so little space and too many things, there was no way for them to sleep comfortably.

As a result, Mdm Yeong’s son ended up sleeping on a piece of cardboard on the kitchen floor, while her husband fell asleep in his wheelchair.

Mdm Yeong herself would recline on a chair till she nodded off, surrounded by the bed bugs and cockroaches scurrying around. 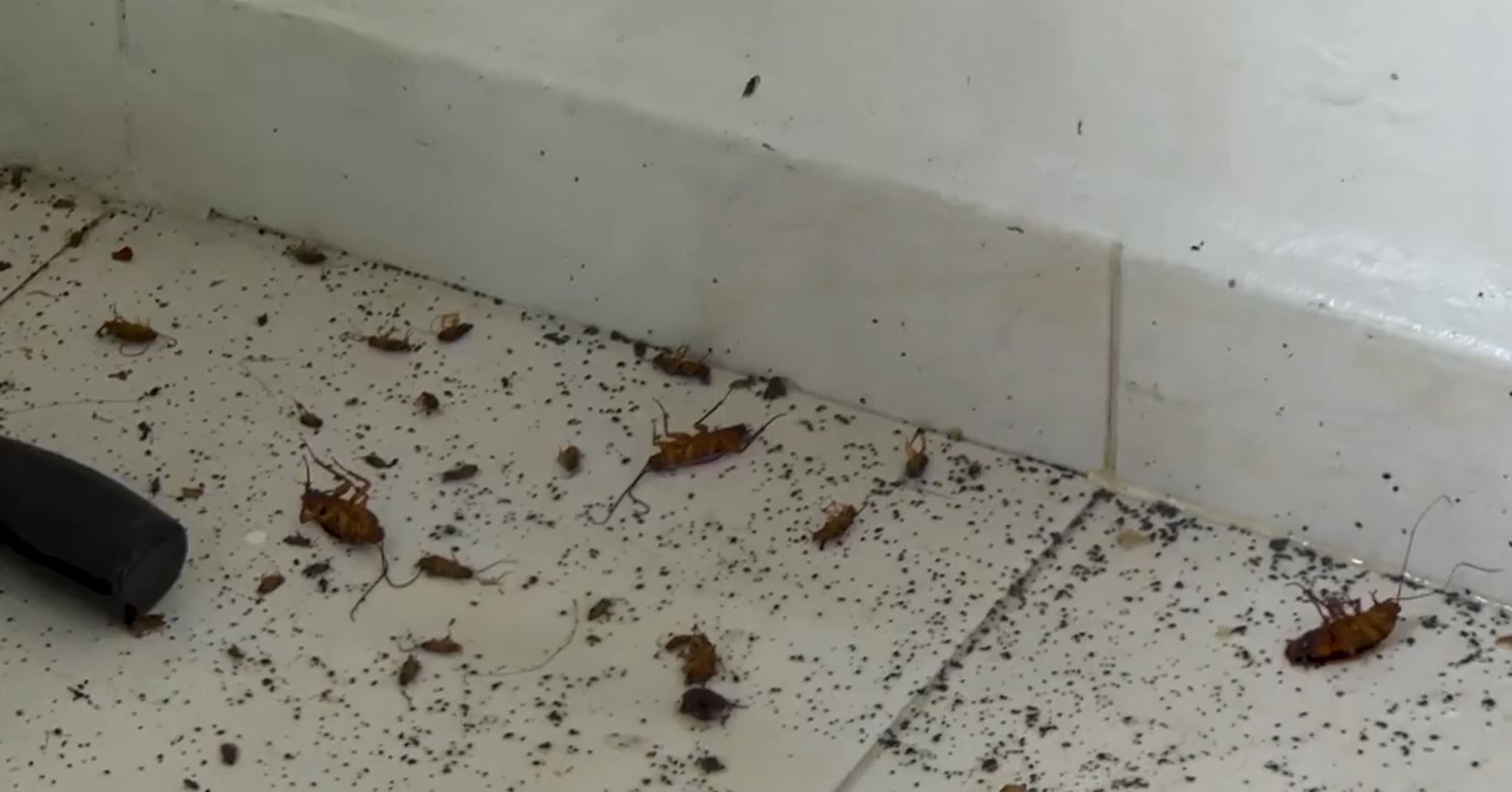 Over 60 volunteers help to clean home

Unsure of who to turn to, Mdm Chu sought help from Mdm Fion Phua and Keeping Hope Alive, who initially could only supply a handful of volunteers.

But to her pleasant surprise, roughly 60 turned up on the day itself, complete with full gear to give Mdm Yeong’s home a much-needed revamp. 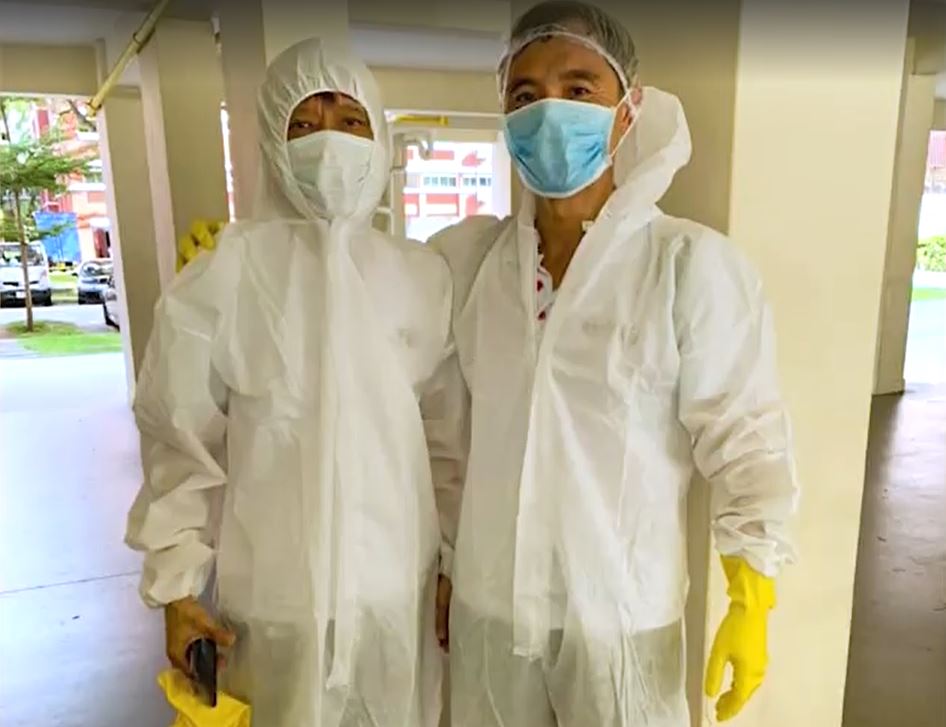 Of course, they needed even more hands on deck to help discard the unwanted items after clearing them out. 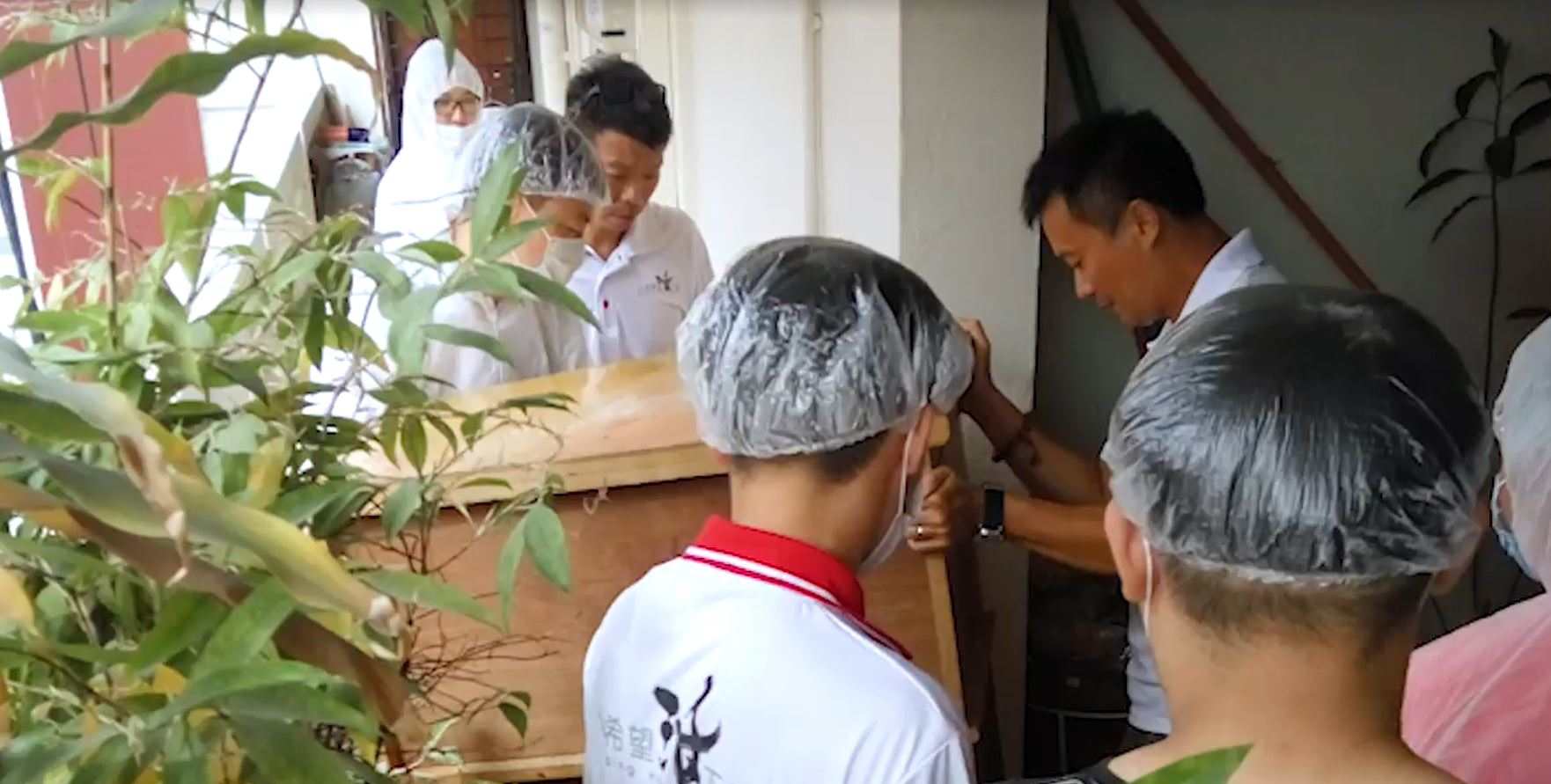 So while the Keeping Hope Alive volunteers cleaned, cleaners from the Town Council chipped in by disposing of all the bulky waste. 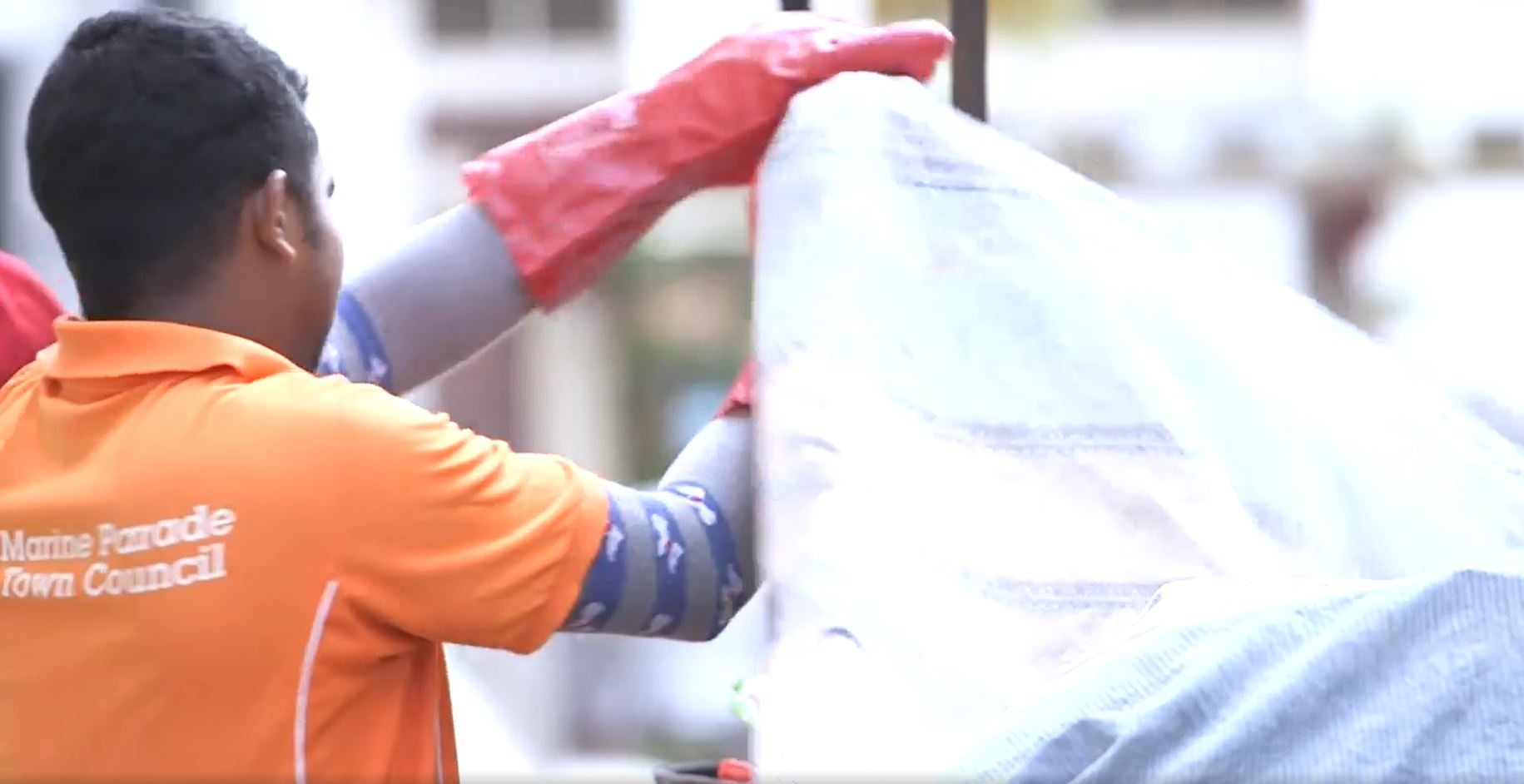 The entire operation took them almost the whole day, from 9am till about 4 or 5pm in the evening.

For temporary storage, volunteers kept some of Mdm Yeong’s items in a cage at the void deck, which they thought was safe enough.

Unfortunately, several valuable objects like a piece of her daughter’s jewellery got stolen, prompting Mdm Chu to think of a quick alternative.

Thankfully, fellow resident Mr Toh came and helped to move the remaining possessions to his huge warehouse for safekeeping. 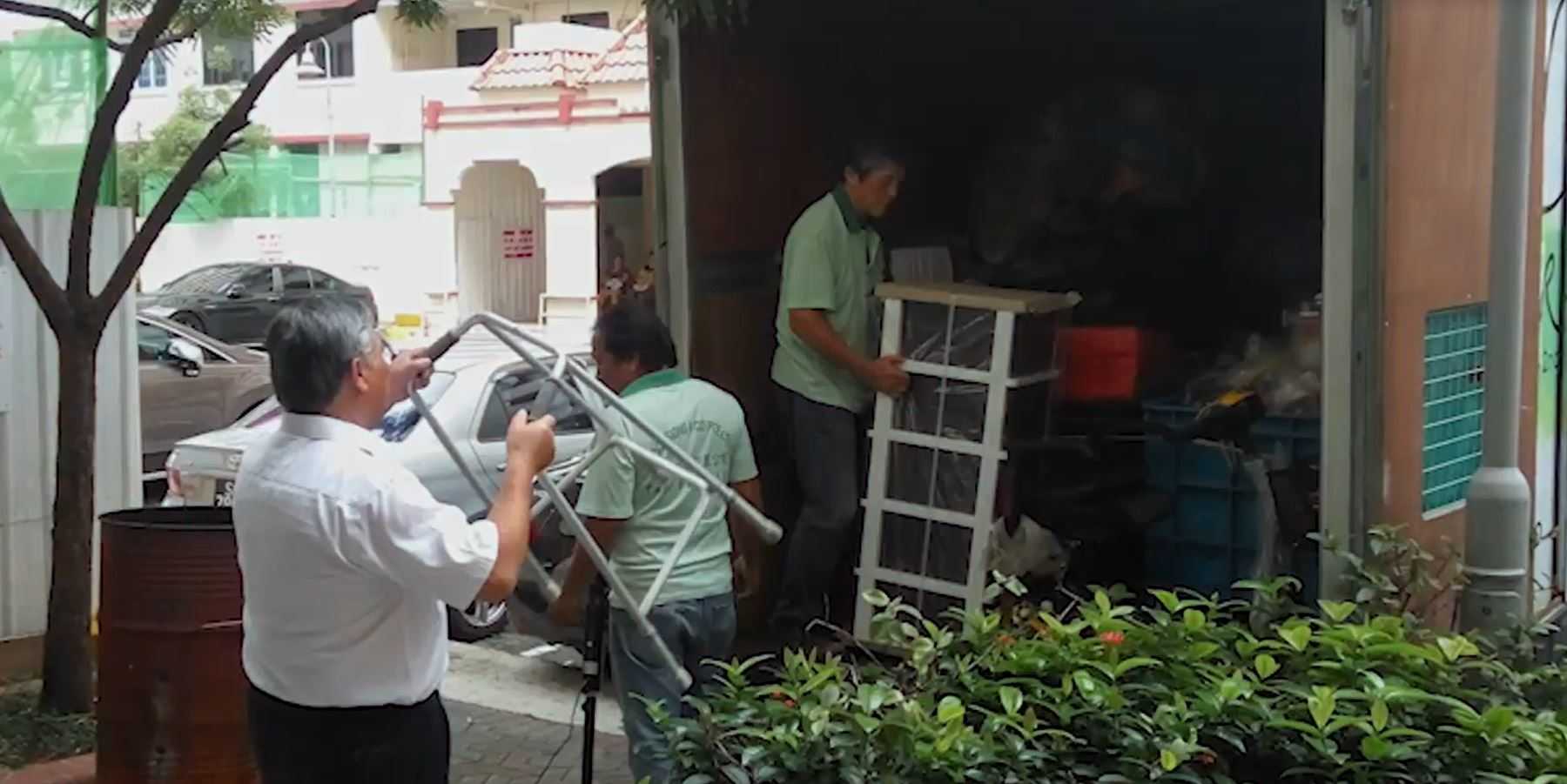 The bed bug infestation on the other hand took multiple rounds of treatment, which the pest control company provided free of charge.

The selfless contributions of the volunteers and kind souls who stepped in later to help turned Mdm Chu’s good intentions into reality.

Mdm Yeong and her family returned home at the end of the process visibly happy and pleasantly surprised by the drastic transformation.

The mess that filled their flat was gone, leaving them with more space to move around. 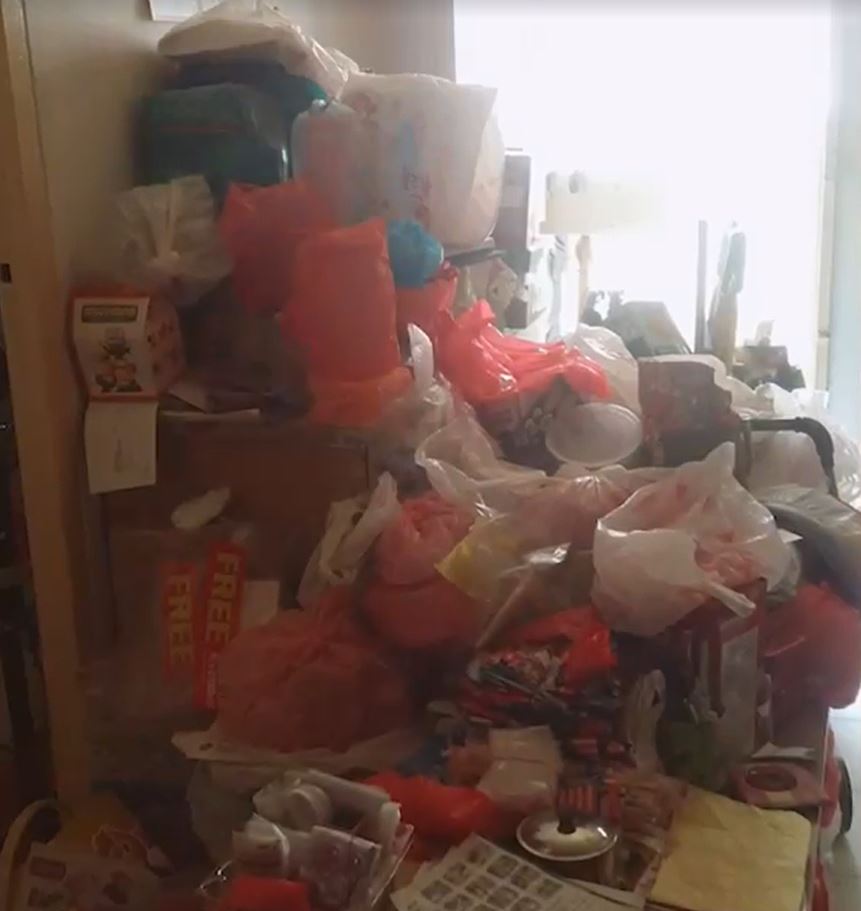 The clutter in their flat before
Source

A cleaner flat after volunteers cleared it
Source

New furniture from a neighbourhood store and a fresh coat of paint breathed new life into the previously rundown flat and gave the family a seemingly new home. 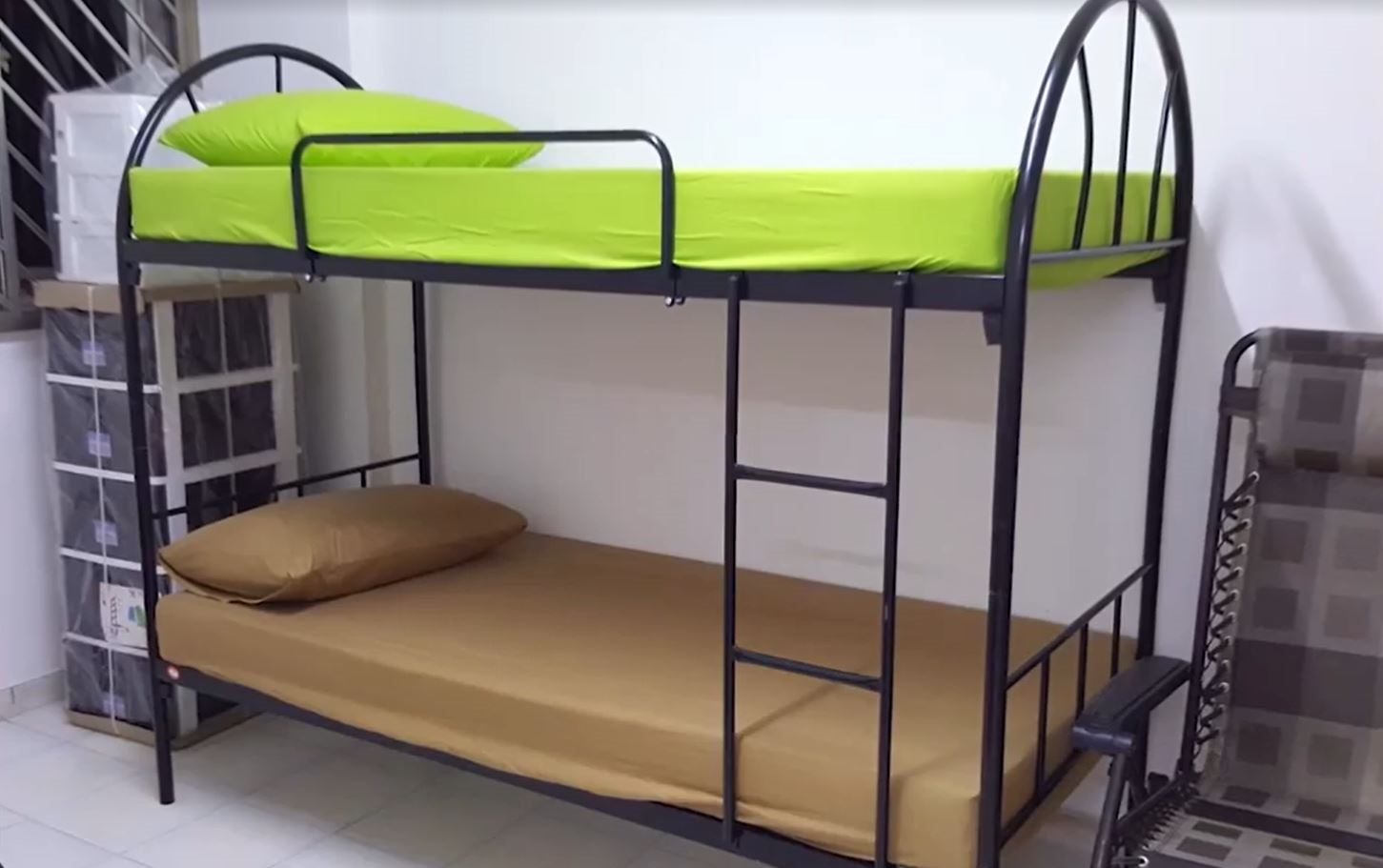 New beds mean they won’t have to sleep on the cold, hard floor, or in uncomfortable chairs anymore.

Kudos to the kind souls who helped

The remarkable transformation wouldn’t have been possible in such a short time without all the volunteers, whom Mdm Chu said “helped without asking for things in return”.

Let’s hope that more Singaporeans will be inspired by their kindness and help others in need too, and improve their lives in one way or another. 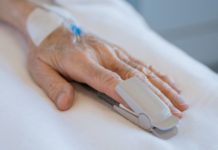