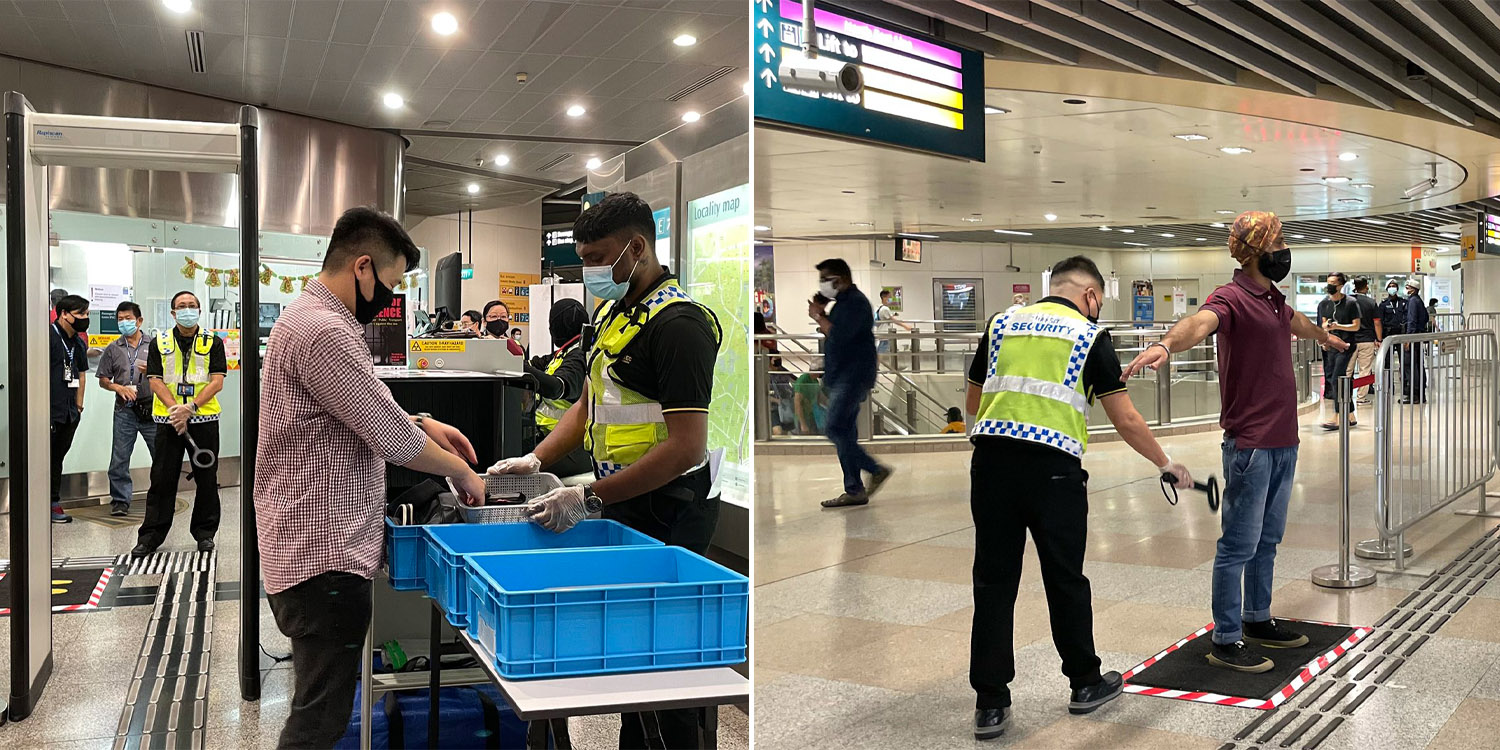 Exercise Station Guard went on from 10am to 4pm.

By now, many of us have not been on an overseas flight for almost 2 years — naturally, we have missed the entire boarding experience and even the hassle of flight checks.

Yet on Tuesday (7 Dec) morning, commuters passing through Serangoon MRT would have been greeted by a rather familiar sight that reminds them of overseas travels — a security screening, complete with metal detectors and X-ray machines. 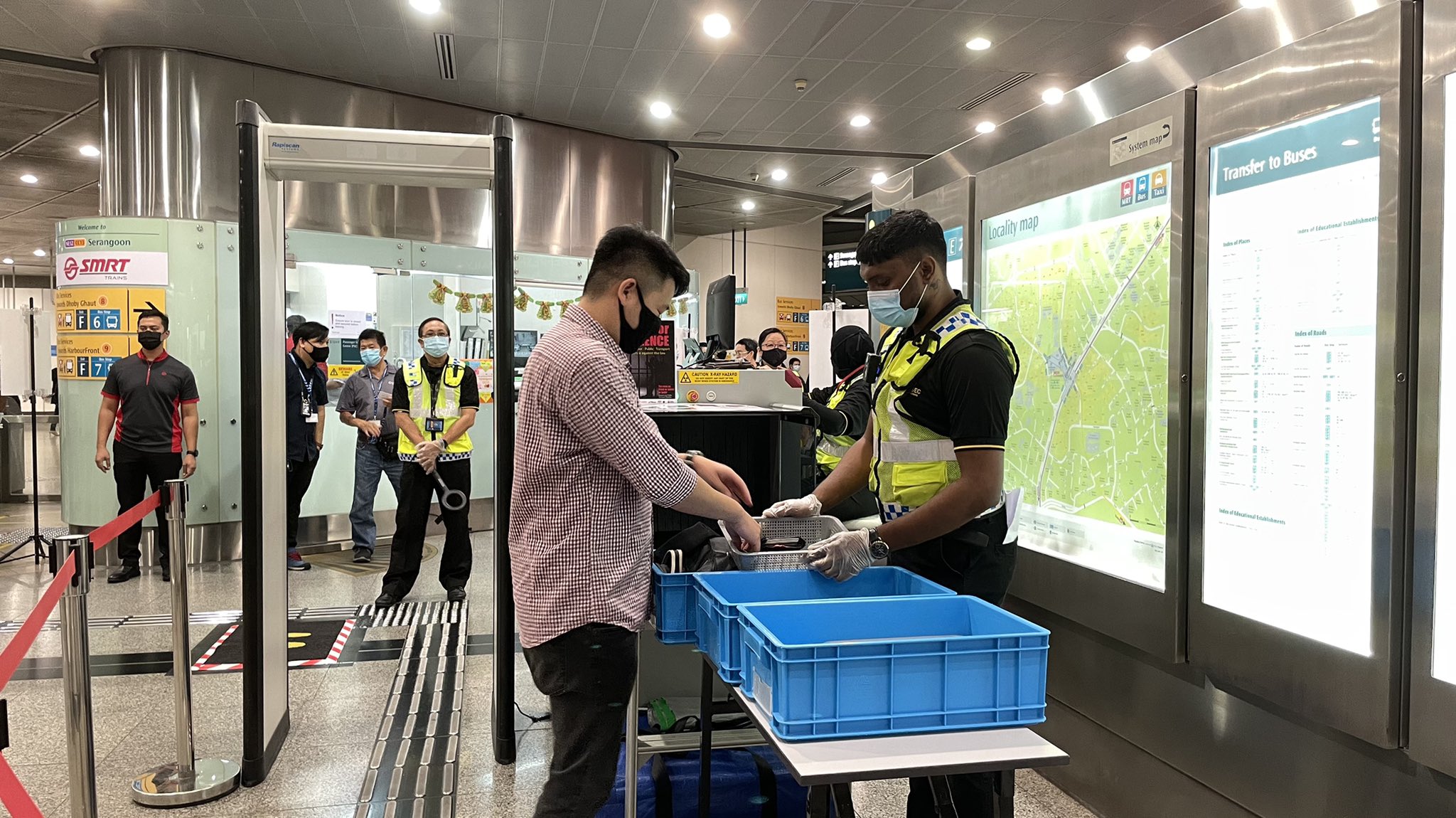 Turns out, this was all part of Land Transport Authority’s (LTA) emergency preparedness exercise where commuters were subjected to tightened security checks at the station.

The exercise, dubbed Exercise Station Guard, went on from 10am till 4pm.

Security screening at Serangoon MRT from 10am to 4pm

As commuters filtered into Serangoon MRT station today (7 Dec), some were ushered to various fare gates for security checks.

Much like getting on board a flight, they had to undergo metal detector checks. 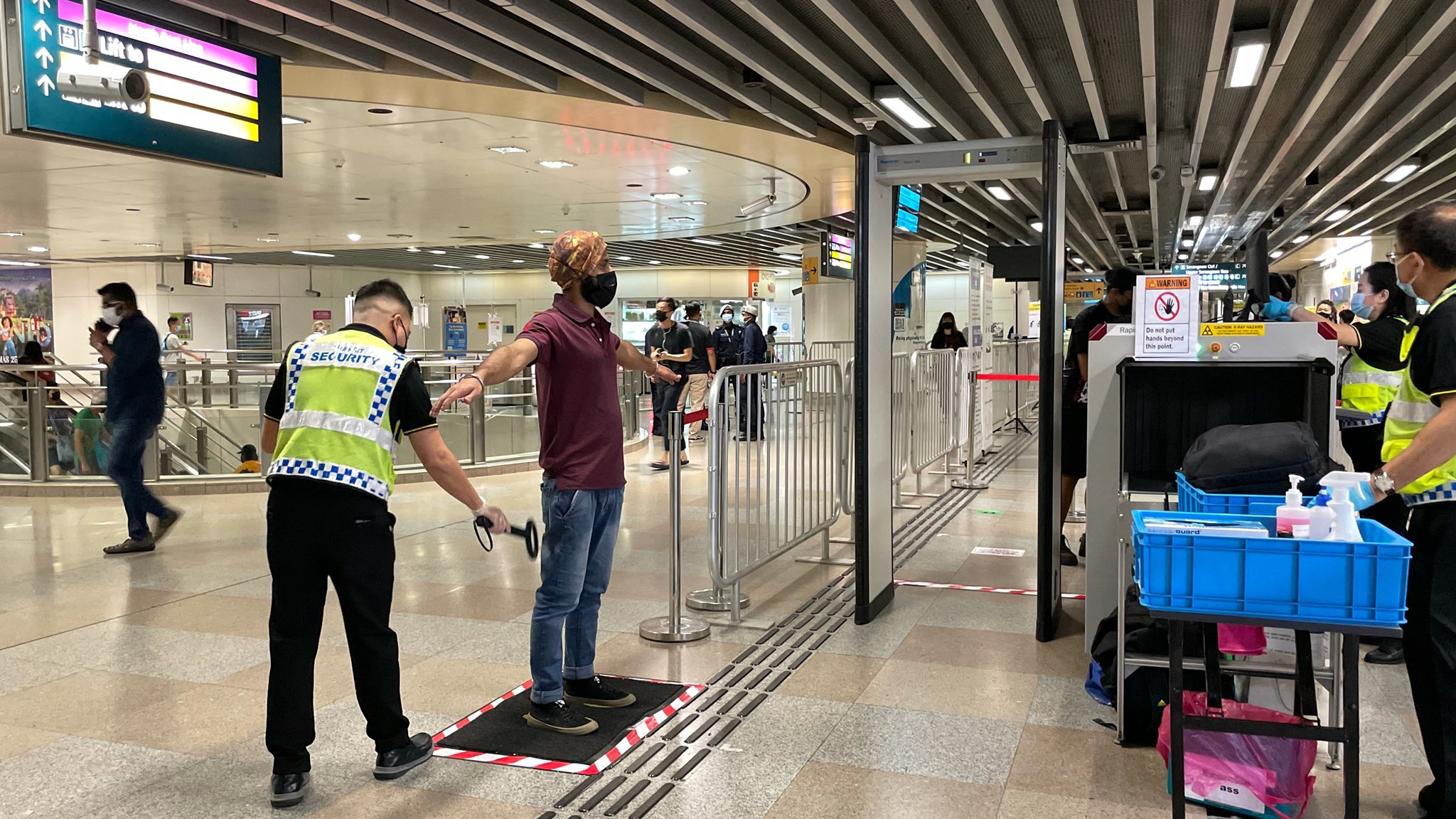 Their belongings were also scanned by X-ray machines. 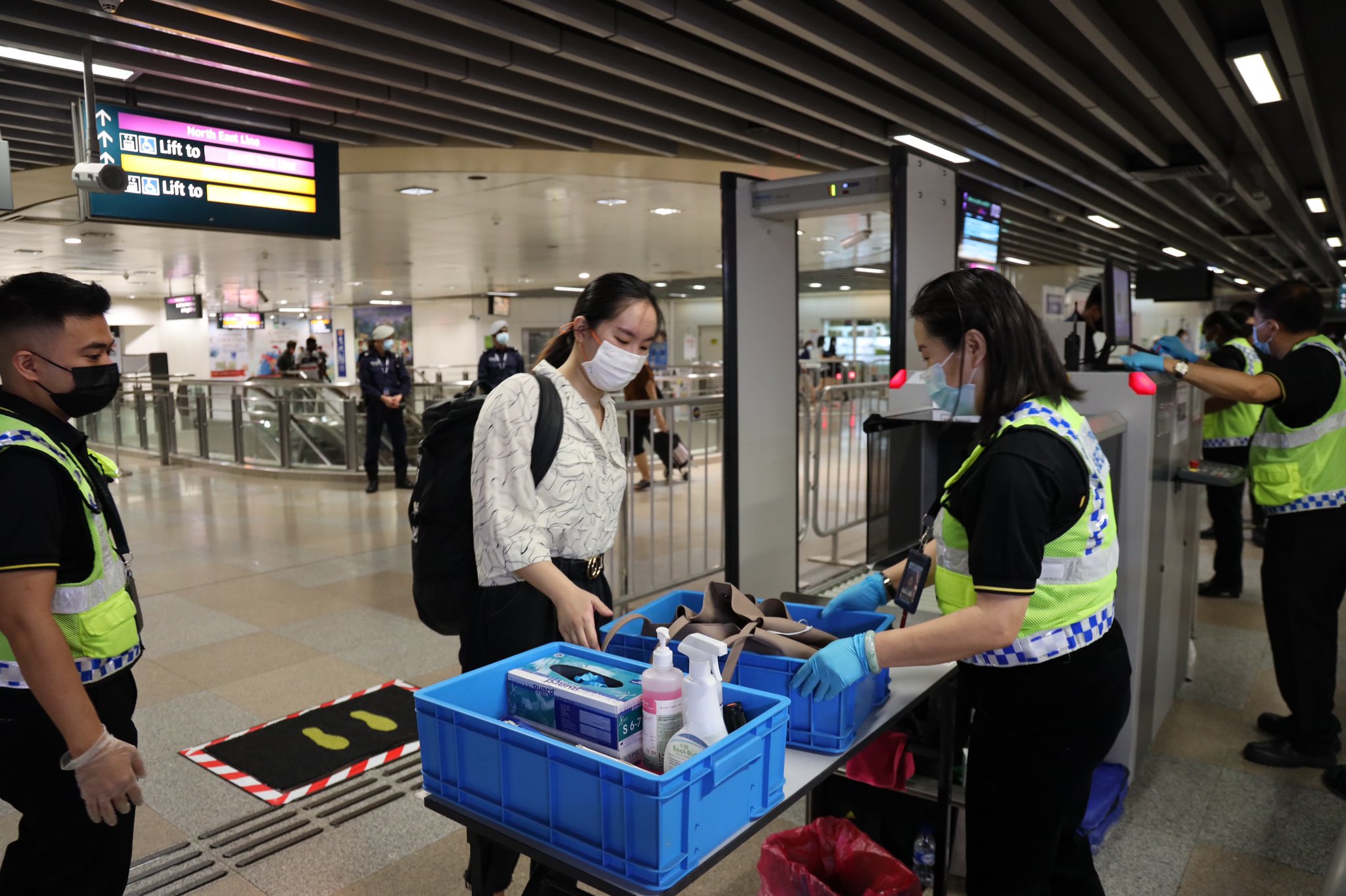 It almost looked like a ‘rehearsal’ scene for the upcoming VTL flights.

During Exercise Station Guard, which went on from 10am to 4pm, 2 X-ray machines were set up near Exits A and D as well as near Exits E and G of the MRT station.

It is an emergency preparedness exercise targeted at strengthening security in public places to build resilience against security threats such as terror attacks.

LTA added that the exercise serves to raise public awareness of the security threats Singapore faces.

It also familiarises commuters with how they should respond in the event of an emergency on public transport.

While this might be new to some, LTA has been conducting Exercise Station Guard regularly since Feb 2018.

Thus far, the exercise has been conducted at MRT stations such as Ang Mo Kio, Holland Village, Hougang, Harbourfront, and Jurong East.

HarbourFront MRT Security Screening Is On 2 Aug, S’poreans Should Prepare For Slight Delays In Commute

Staying prepared in case of emergencies

Prior to the exercise, LTA warned that the security screening might cause some delays.

While this might pose a slight inconvenience, we’re glad authorities are constantly implementing various exercises to better prepare us in case of emergencies.

Have you ever been part of Exercise Station Guard? How was the experience? Let us know in the comments.