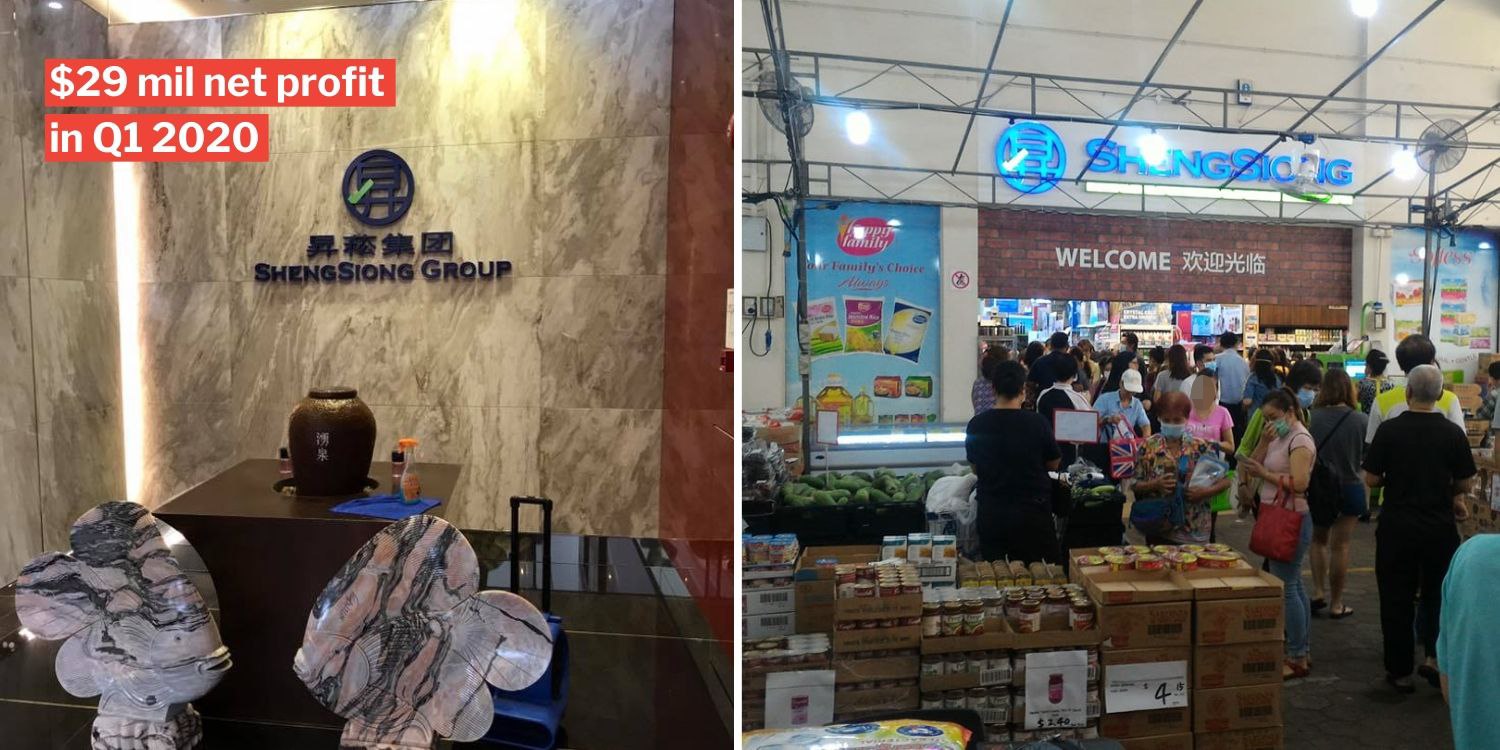 Sharing the success with staff.

We’ve heard how many businesses in Singapore are failing due to the Covid-19 outbreak and the ‘Circuit Breaker’ measures designed to contain it.

Well, not every business is suffering, of course. Essential businesses are carrying on with their operations, and some are even thriving.

One of these businesses is, as you would have noticed, supermarkets, which have been packed with shoppers ever since Singapore went into DORSCON Orange.

Business is so good that Sheng Siong supermarket saw their profit go up almost 50% in the first quarter compared with last year, so much so that they’re giving their lucky staff one month’s additional salary. In a media update posted on its website on Sunday (26 Apr), the supermarket chain announced stunning results for the first 3 months of 2020.

For the first quarter (Q1) that ended on 31 Mar, Sheng Siong Group Ltd and its subsidiaries earned $29 million in net profit — a 49.9% increase from the $19.4 million net profit gained in the same period last year.

Jump in profit due to better CNY season & Covid-19 outbreak

What did the group attribute the growth in revenue to?

It said it saw better sales during Chinese New Year (CNY), which started on 25 Jan this year. In fact, it even extended the opening hours of its stores to cater to the heightened demand, with 53 of 55 outlets opening 24 hours till CNY Eve.

Then, shortly after CNY on 7 Feb, the Government declared that our Disease Outbreak Response System Condition (DORSCON) level would be raised to Orange due to the likely spread of Covid-19 within the community.

What happened then was, Singaporeans began panic buying in supermarkets across the nation, in what Sheng Siong called “the first round of elevated demand”. 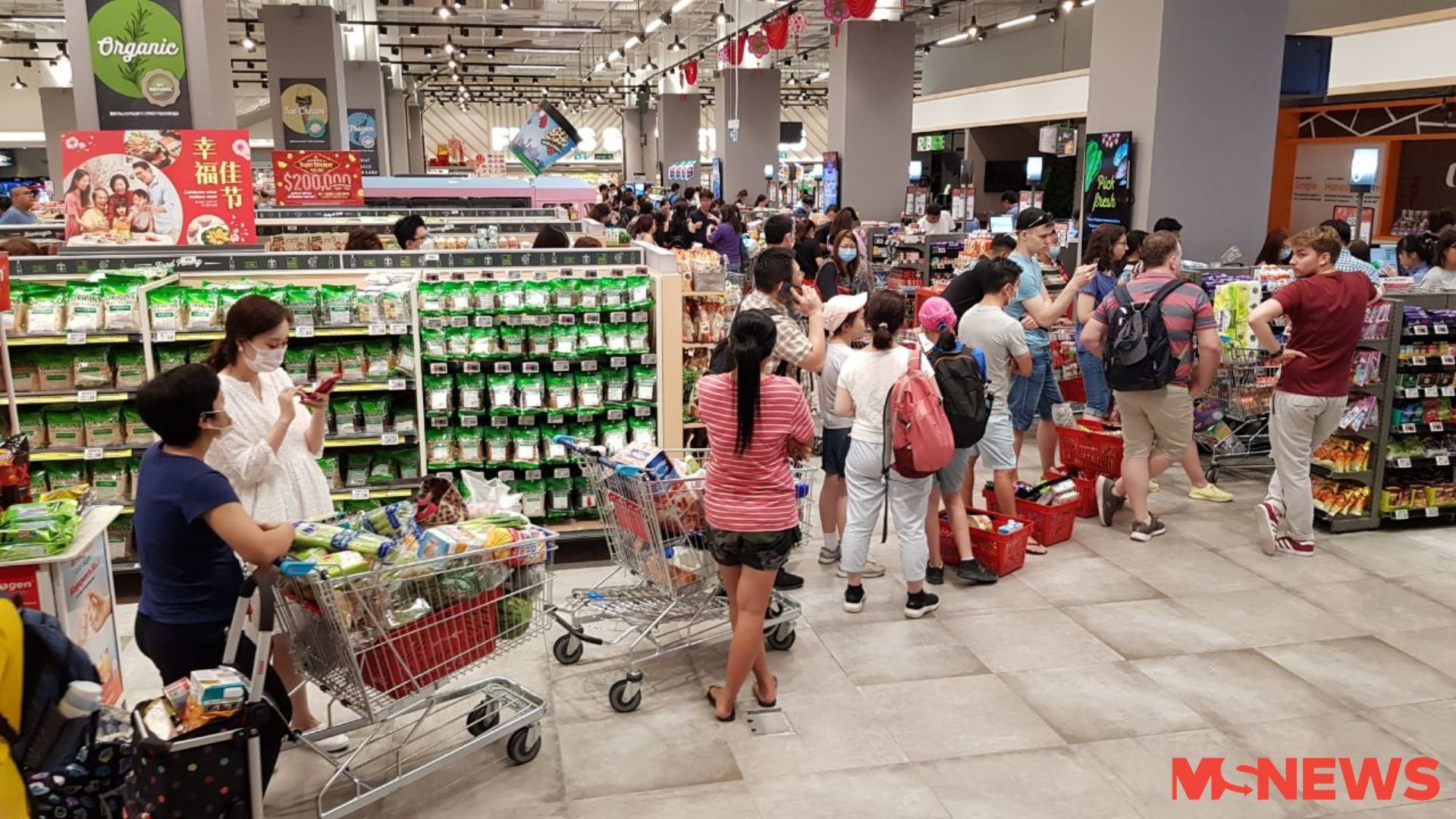 Since then demand has been elevated as more people are eating at home and probably, loading up their pantry as well.

We think it may be referring to the ‘Circuit Breaker’ period, where Singaporeans are advised not to leave the house except for trips to patronise essential businesses — like supermarkets.

Since supermarkets like Sheng Siong are essential, people have been spending a lot of their time in these places when they’re not at home, buying stuff to hoard in their kitchens. 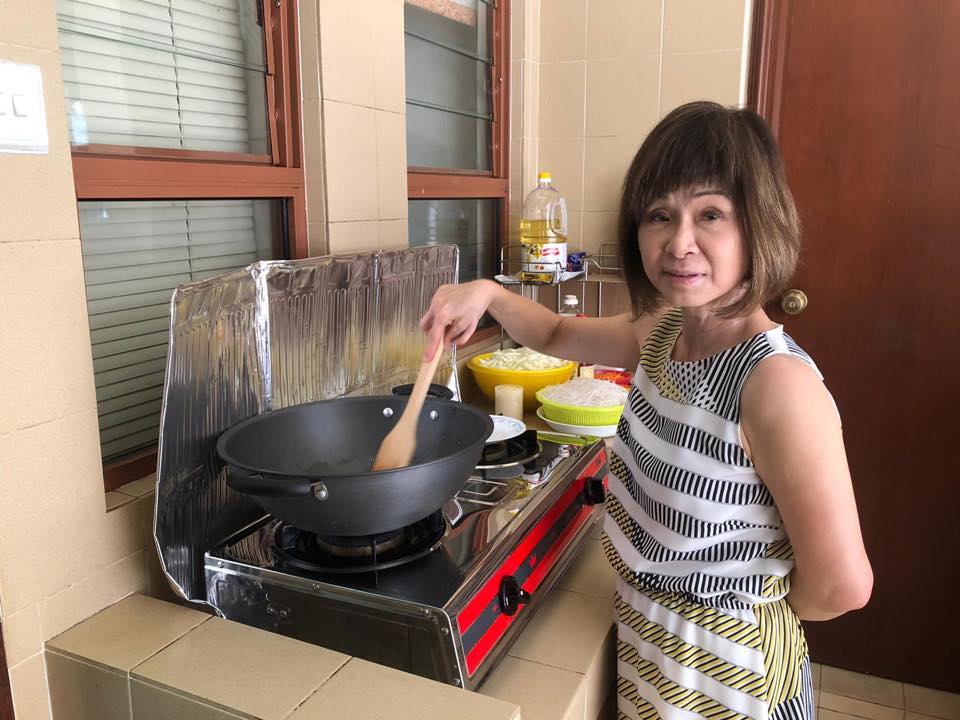 Senior Minister of State for Health Amy Khor cooking up a storm in her kitchen.
Source

A show of appreciation to staff

As the increase in profit is attributed to more shoppers, the supermarket’s staff undoubtedly had to cope with an increase in workload.

Their hard work will not go unrewarded, though.

Chief executive Lim Hock Chee is grateful to his staff, and has decided to show his appreciation by giving them an additional month of salary. Huat ah!

Announcing the good news in his business update, Mr Lim expressed his appreciation for staff who have “gone beyond their call of duty”.

The unexpected bonus will take up a not-insignificant portion of the group’s funds.

But of course, Mr Lim can afford to do that, as his family is worth $1.1 billion, according to a latest report by the Bloomberg Billionaires Index.

That’s after shares of Sheng Siong soared to a record high on 15 Apr.

Mr Lim’s family, which includes his 2 brothers, has a 57% stake in the company. 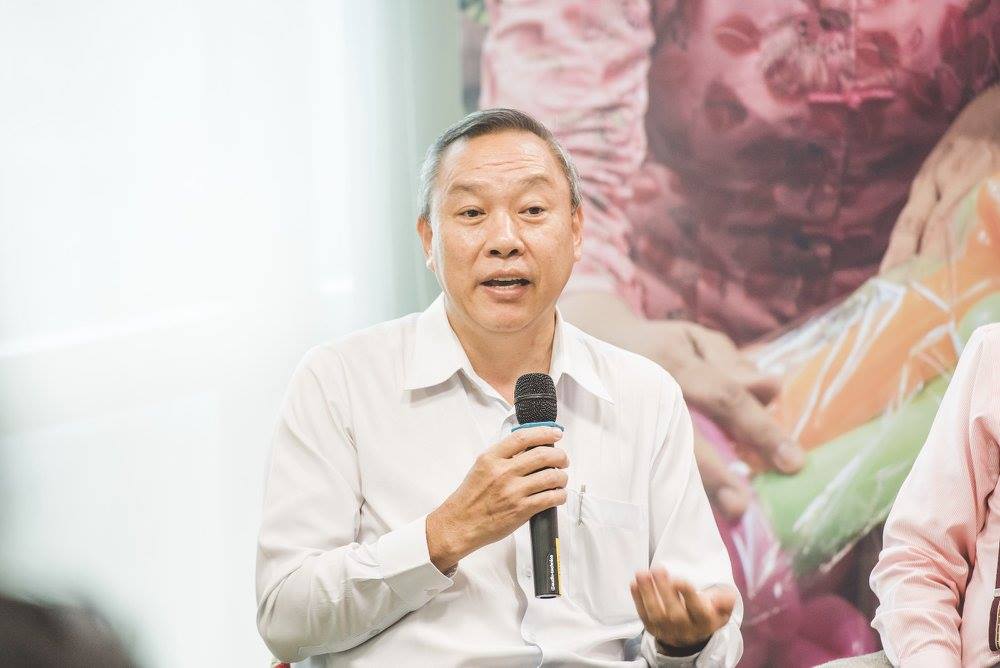 Sheng Siong empire is getting bigger

That’s not all for Sheng Siong, however — its empire is looking to get bigger.

The group is already adding 3 new stores to its roster:

The stores will be outfitted for opening after the ‘Circuit Breaker’ period. Sharing the success with staff

We’re glad at least some businesses are doing well despite, or perhaps because of, the Covid-19 pandemic.

And kudos to Mr Lim for sharing some of the success with his staff, who have definitely earned their bonus for taking on a bigger burden during this period.