Must Share News – Independent News For Singaporeans
Home News 8 Facts About Shin Lim, A Singapore-Raised Magician Who Won America’s Got...

With the likes of David Blaine, Criss Angels, David Copperfield, and even Harry Houdini to call their own, there’s no doubt that Americans are the best in the magic industry.

But Singapore was placed on the mystical radar, after locally-raised Shin Lim won the 13th edition of America’s Got Talent (AGT).

He walked away with S$1.37 million in cash and an opulent 3-night stay in Las Vegas.

You see, Shin Lim has a long and complicated relationship with Singapore that goes way back.

But that more on that later, here are 8 Shin Lim facts that doesn’t involve him winning AGT.

Shin may speak with an angmoh accent now, but don’t let that fool you. He essentially spent his entire childhood in Singapore.

Born to Singaporean parents, Shin spent the first 2 years of his life in Canada, wherever his father was pursuing his post-graduate studies.

After that, Shin’s family returned to Singapore where he spent the next 9 years of his life.

He reportedly attended a PAP kindergarten at Bukit Panjang and Naval Base Primary School before being home-schooled by his mum — who hated the stress in the Singapore educational system.

When Shin turned 11, the Lim family migrated to the U.S. where he’s resided ever since. Shin now lives in Boston, Massachusetts.

Shin is an almost self-taught magician, a rarity in the magic industry.

Oh wait, there’s a slight caveat. While he didn’t acquire his magic skills from a physical sensei, he did have virtual senseis to thank.

Fancy hazarding a guess where these virtual senseis are from?

Shin’s interest in magic was piqued after he saw a card trick called the “Slip Force”. When he asked his brother how it was done, the young Shin was simply told to,

Shin took his brother’s words to heart and spent countless hours going through the trove of magic tutorials and materials available online — a living testament of the effectiveness of e-learning.

3. Appeared on The Ellen Show

After winning AGT, Shin joined an elite group of people who were featured on The Ellen Show. You can watch the video here.

Needless to say, he wow-ed Ellen with his impressive card tricks. Here’s a truly ‘magical’ moment from his segment. 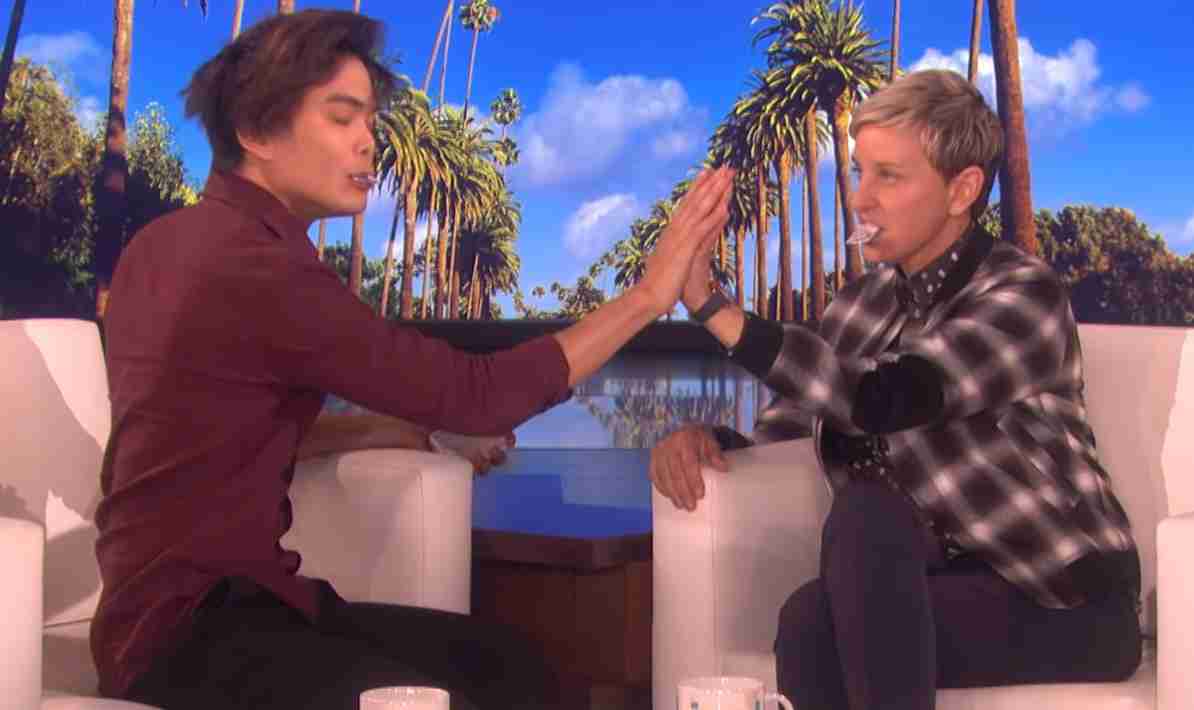 While practicing a new trick in Mar 2016, Shin suffered a career-threatening injury which involved tearing two tendons in his left thumb.

Shin had to undergo surgery as a result, and was forced to shelve his magical career for a whole month. 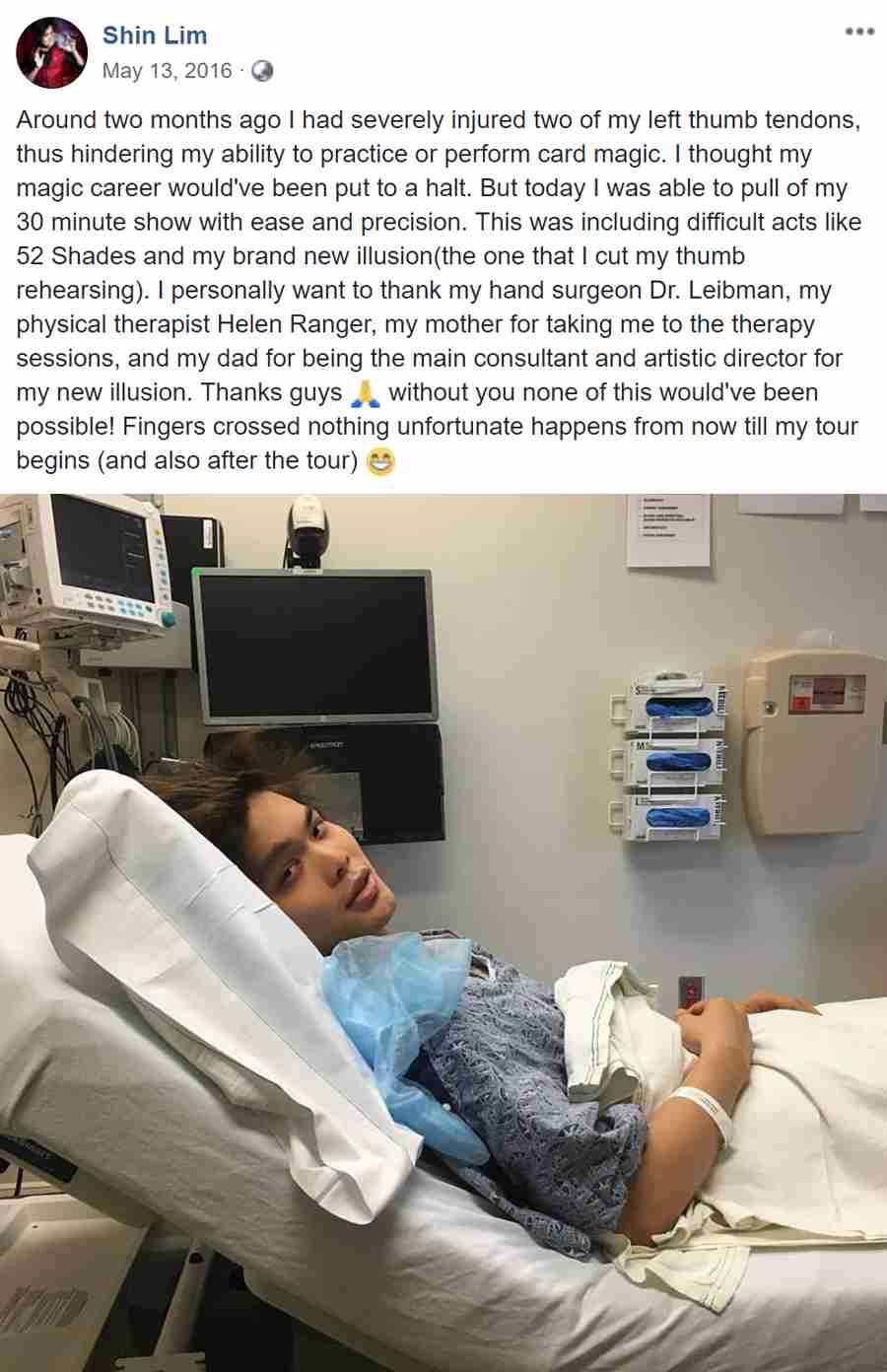 Just two months after his injury, Shin performed in a 30-min show and even managed to pull off his trademark trick — 52 Shades of Red .

Before wowing crowds with his magic tricks, Shin aspired to be a concert pianist.

He reportedly practiced 3 hours daily when he was a kid and even enrolled in a music programme in university.

Sadly, he had to give up on his music dream after being diagnosed with a condition that affects his wrist. However, his music background has not gone to waste.

Today, he performs his mind-blowing tricks silently against dramatic music.

This greatly sets him apart from other magicians’ performances, which usually involve plenty of talking.

6. Proposed during a magic performance.

In the true spirit of ‘spoil market’, Shin proposed to his girlfriend Casey Thomas during a magic performance last August.

He utilised an elaborate trick to pop the question in front of 2,000 audience members. 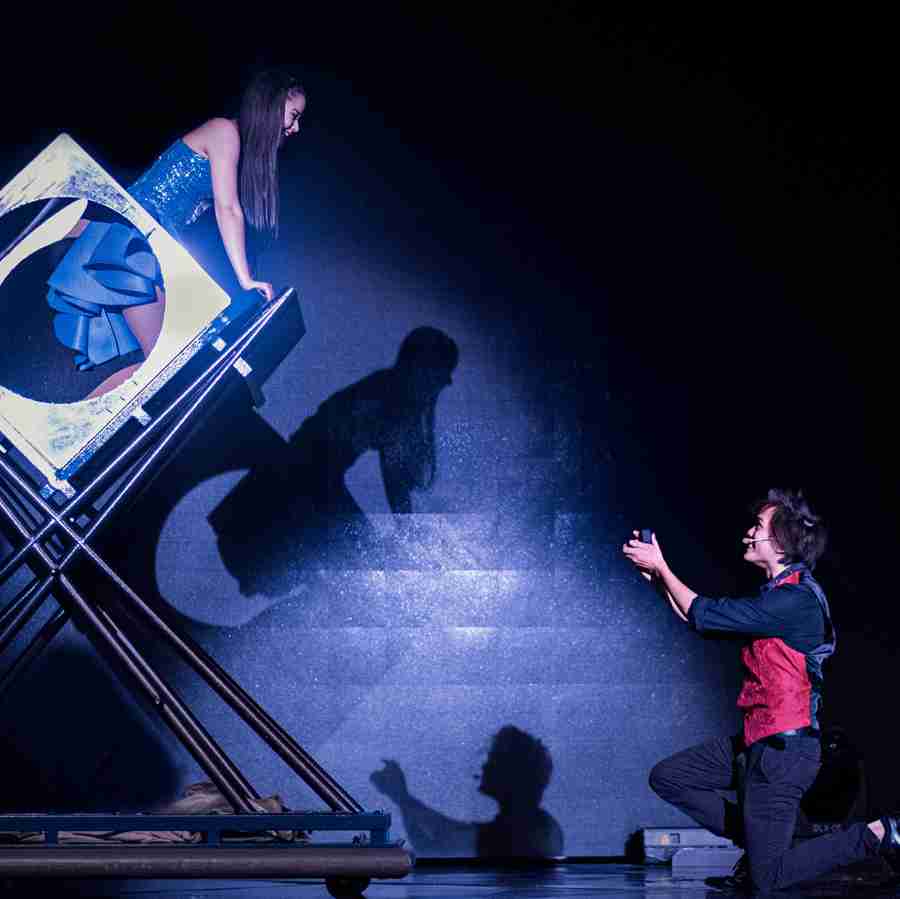 Did you know that 28 Apr is also known as Shin Lim Day?

No, seriously. Have a look. 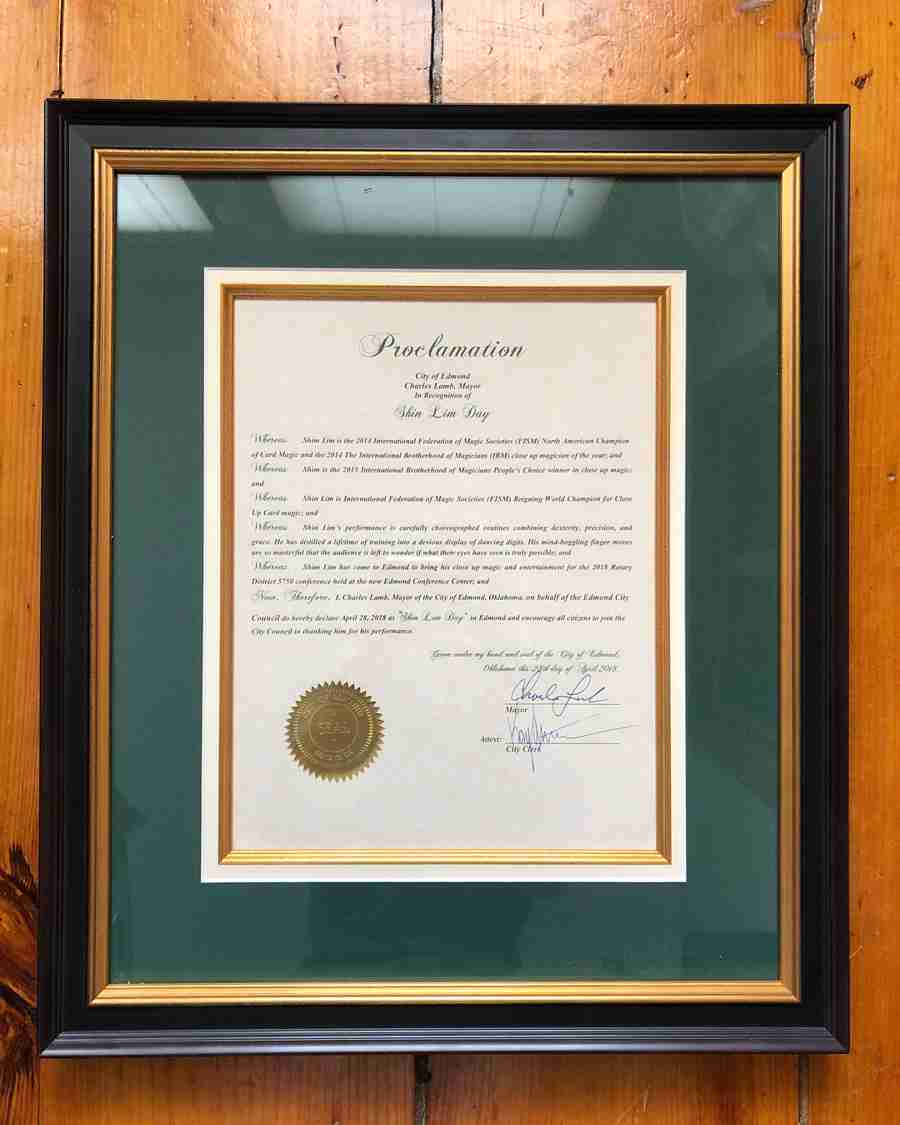 While we’re unsure why Shin was granted this honour, having a day named after oneself is a feat that few can boast about.

We’re unable to verify this allegation, as MINDEF has not issued any statement to confirm this, but some netizens have speculated that he may have pulled a Houdini on his NS commitments.

Furthermore, there has been no records of him performing here in Singapore.

Could this be another Kevin Kwan saga in the making?

Only time – or MINDEF – will tell.

We’re extremely proud of his achievements, given that he’s reached the pinnacle of the entertainment industry by winning this prestigious competition.

Furthermore, he’s a living example of how hard work and perseverance pays off in the long run, against all odds.

A hearty congratulations from all of us at MustShareNews once again.