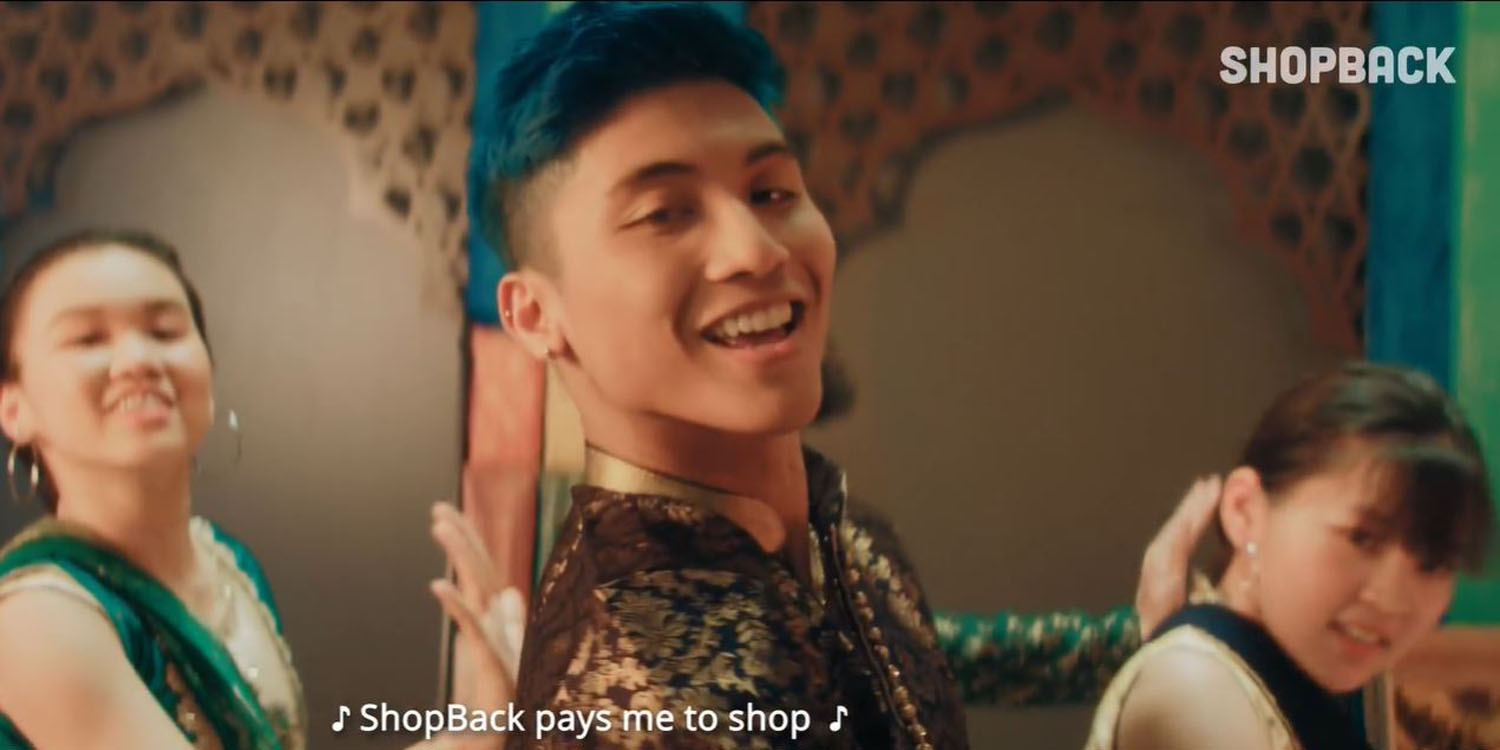 Brands are constantly thinking of new and creative ways to reach out to their audience.

But in their quest to maximise engagement, there is much to take into consideration before executing ideas to ensure that people respond well to their efforts. 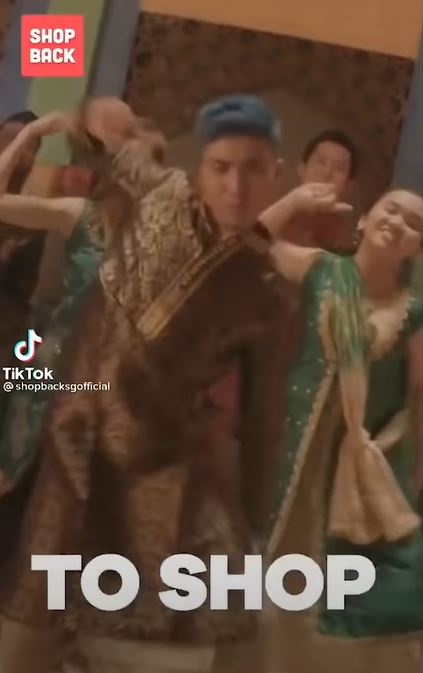 Soon after, the advertisement drew flak from netizens for cultural misappropriation, as the ad apparently featured elements of Indian culture without proper representation.

ShopBack has since apologised for advertisement. They also explained that the full version of the ad, featuring local comedian Kumar, is available on Facebook.

On 1 Apr, ShopBack shared a snippet of their newest advertisement on TikTok.

The video appeared to be fronted by Kevin Tristan, a local TikTok influencer.

It showed dancers in traditional Indian attire dancing to Bollywood music while repeatedly singing “ShopBack pays me to shop”.

Many questioned the use of Indian ethnic outfits and music, especially since the video did not seem to feature many Indians.

Some pointed out that the execution of the ad shows that their marketing team needed more diversity.

The video shared on TikTok was actually a short snippet of a 2-min music video. The full-length version was posted on ShopBack’s Facebook.

Local comedian Kumar was the main feature of the video.

ShopBack’s initial aim at capturing Singapore’s diversity is clearer with the context of the full advertisement, which featured elements from other races as well, like Peranakan delicacy kueh tutu, a samsui woman, and even Marilyn Monroe.

The initial reaction to the full Facebook video was positive, receiving praise from netizens.

ShopBack has since released 2 statements on TikTok.

The first statement emphasised that the company supports diversity and asked that people watched the full Facebook video as the TikTok snippet might have led to “misconceptions”. 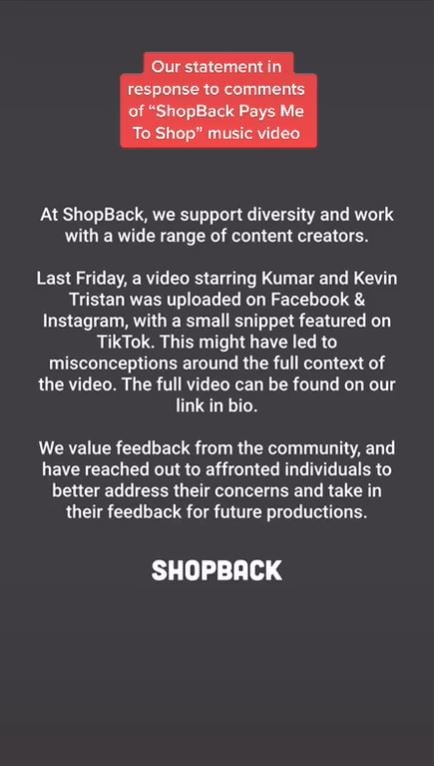 In their latest statement, ShopBack apologised for the TikTok advertisement that “might have caused feelings of confusion and frustration”. They explained that the video drew inspiration from various Singapore cultures.

ShopBack then admitted that their snippet of the video for TikTok had failed to represent their video appropriately and had taken it down.

The company also went on to address the backlash that many involved in the video were getting, including Kevin Tristan.

ShopBack took full accountability for the video, urging the public to refrain from making negative comments at individuals.

Kevin Tristan also made an apology video on his personal TikTok account.

Hopefully ads will be published in a consistent format across platforms

It is understandable to see netizens, especially minorities, voicing their opinions to seek better representation in the media.

In this case, ShopBack had good intentions in the production of the music video. However, these intentions were not translated well through their TikTok ad snippet.

Hopefully, the brand will take netizens’ feedback into consideration and ensure that their ads will be published in a consistent format across all social media platforms to prevent misunderstandings.