Showers Expected On Most Days In 1st Half Of May, Warm Nights Will Make You Pump Up The Aircon 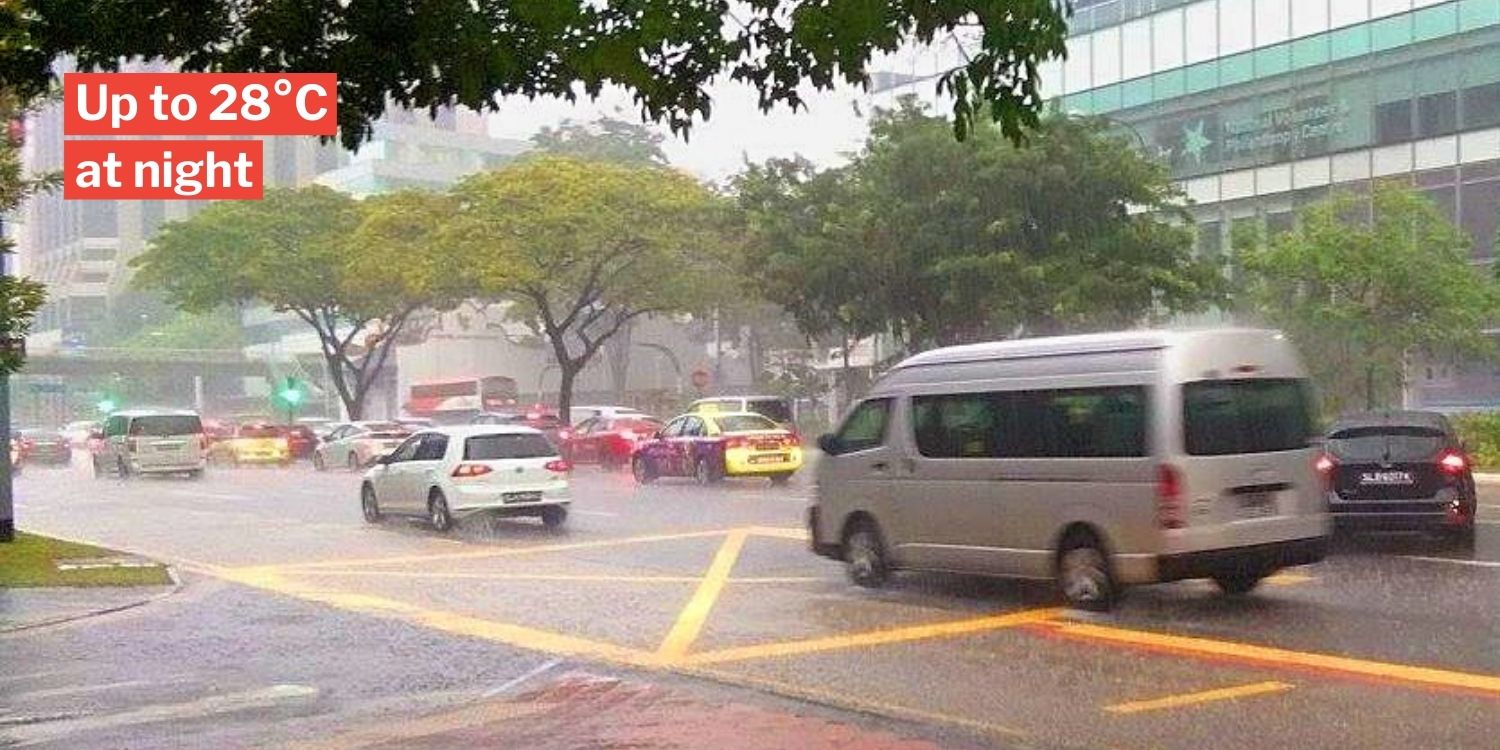 There'll be rain in the morning, afternoon and evening.

In Apr, you’ll have noticed that it rained almost every day, especially in the afternoons.

However, it was still quite warm despite the wet weather, with temperatures going above 34°C on most days.

According to the Meteorological Service Singapore (MSS), the wet but warm weather will continue in the 1st half of May. 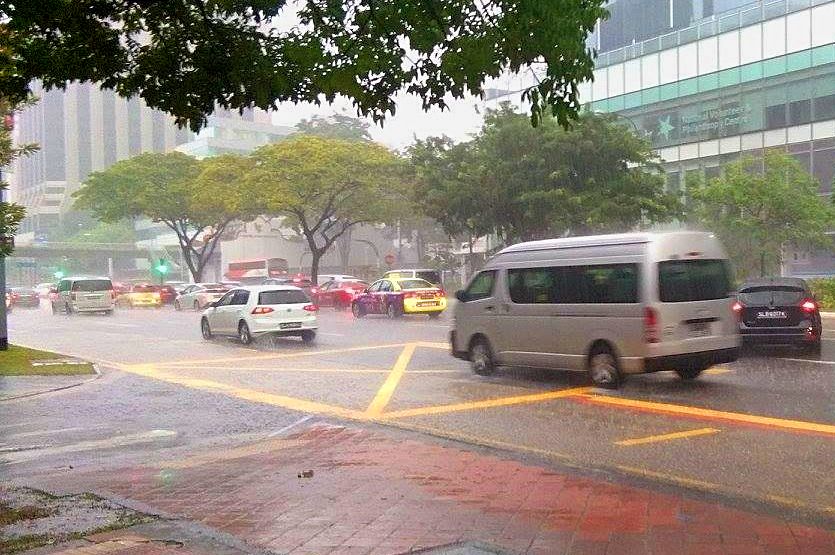 Though there’ll be showers on most days, the warm conditions will continue even into the night, which will make you want to reach for your aircon remote.

Inter-monsoon conditions will continue into May

In a media release on Friday (30 Apr), the MSS said something called a “monsoon rain band” is close to the equatorial Southeast Asia region.

That means the current inter-monsoon conditions over Singapore are expected to continue into May.

They’re characterised by a few signs:

Hence, Singapore will experience pretty much what we saw in Apr – short-duration thundery showers with frequent lightning in the afternoon. 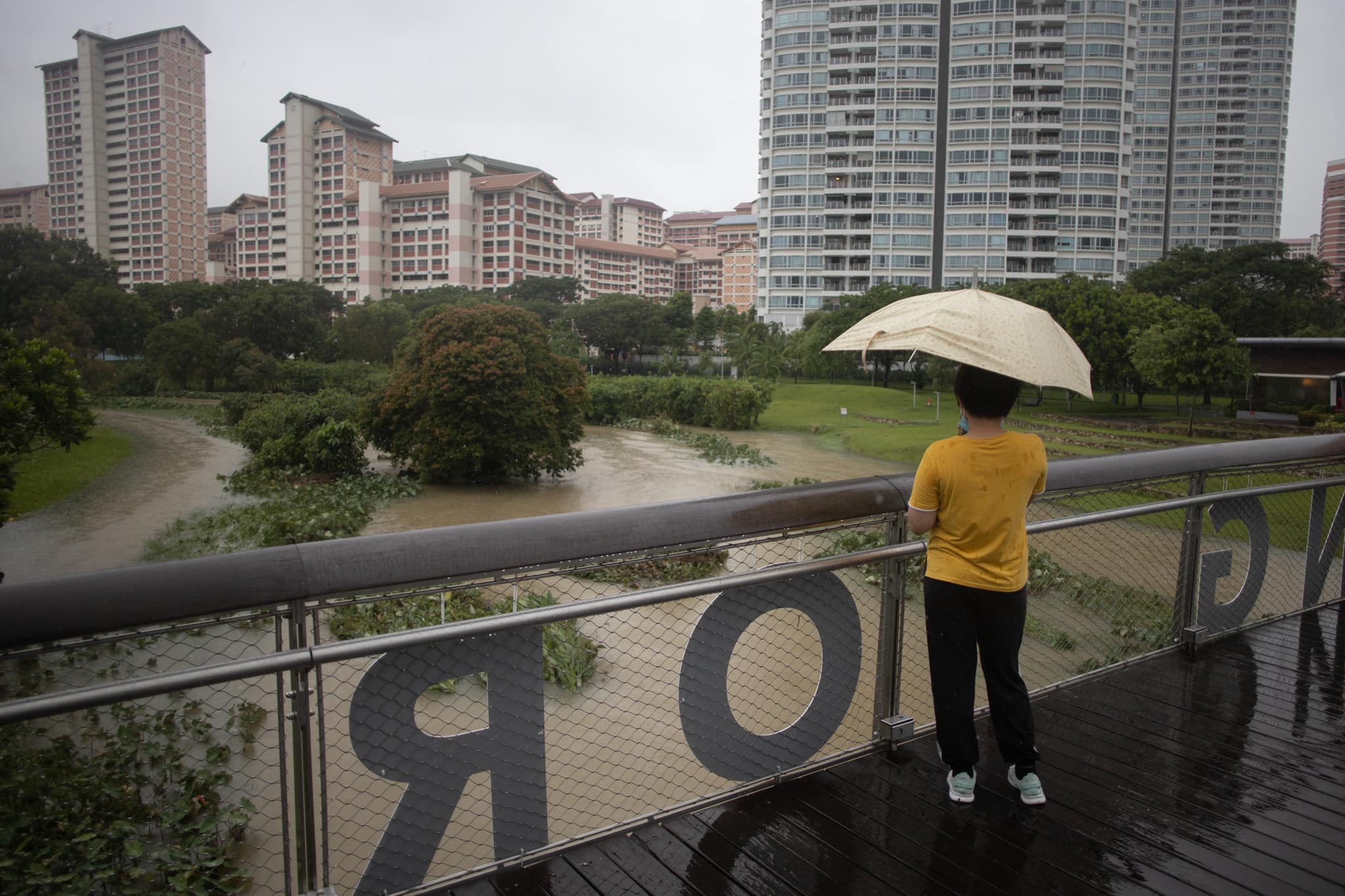 This will happen on most days in the first 2 weeks of May.

On some days, the rain may also extend into the evening.

The MSS also said that a weather phenomenon known as “Sumatra squalls” may develop over the Strait of Malacca.

The condition, previously previewed by the MSS in the Apr forecasts, is caused by the convergence of low-level winds blowing from the southwest and west.

It will head east across Singapore, also bring thundery showers and gusty winds, but this time between pre-dawn and morning on a few days. 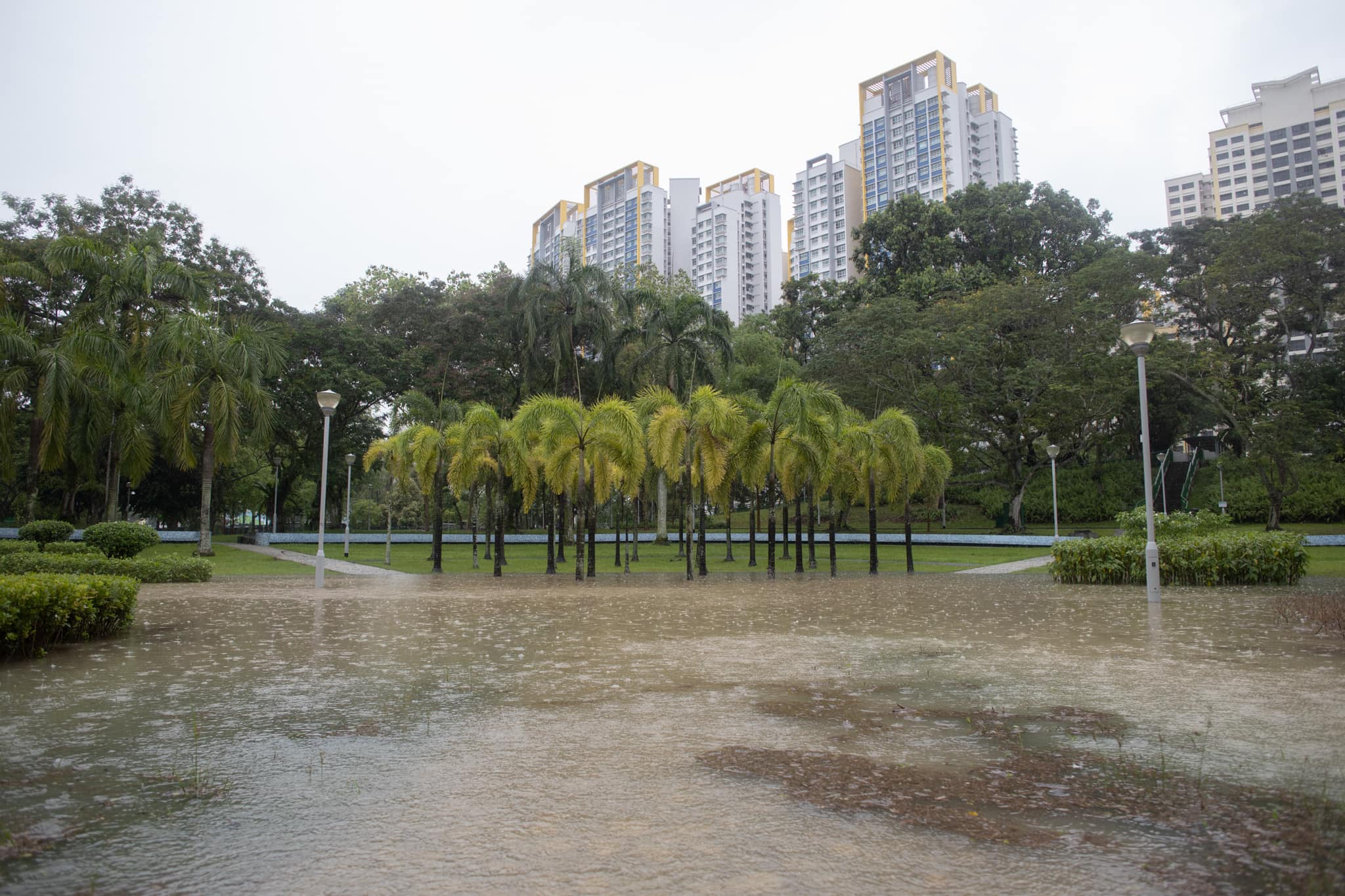 Above average rainfall for 1st half of May

These morning showers, coupled with the monsoon rain in the afternoon and evening, means overall rainfall will again be above average in the 1st half of May. This is similar to the situation in Apr, where many parts of Singapore recorded well above-average rainfall.

The anomaly was most pronounced in Mandai, which recorded 110% above-average rainfall. 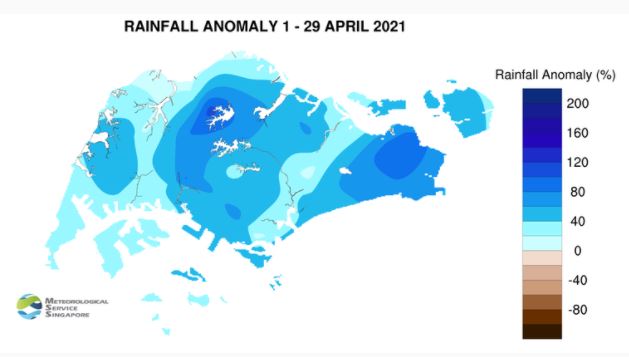 On 17 Apr, Ulu Pandan also hit the highest daily rainfall in Apr for 41 years, and many parts of Singapore were flooded.

As for the temperature, the MSS told us something that we’d already expect: Singapore will be warm.

The daily temperature is predicted to be between 24-34°C.

It could even hit a maximum of 35°C when there are few clouds in the sky. 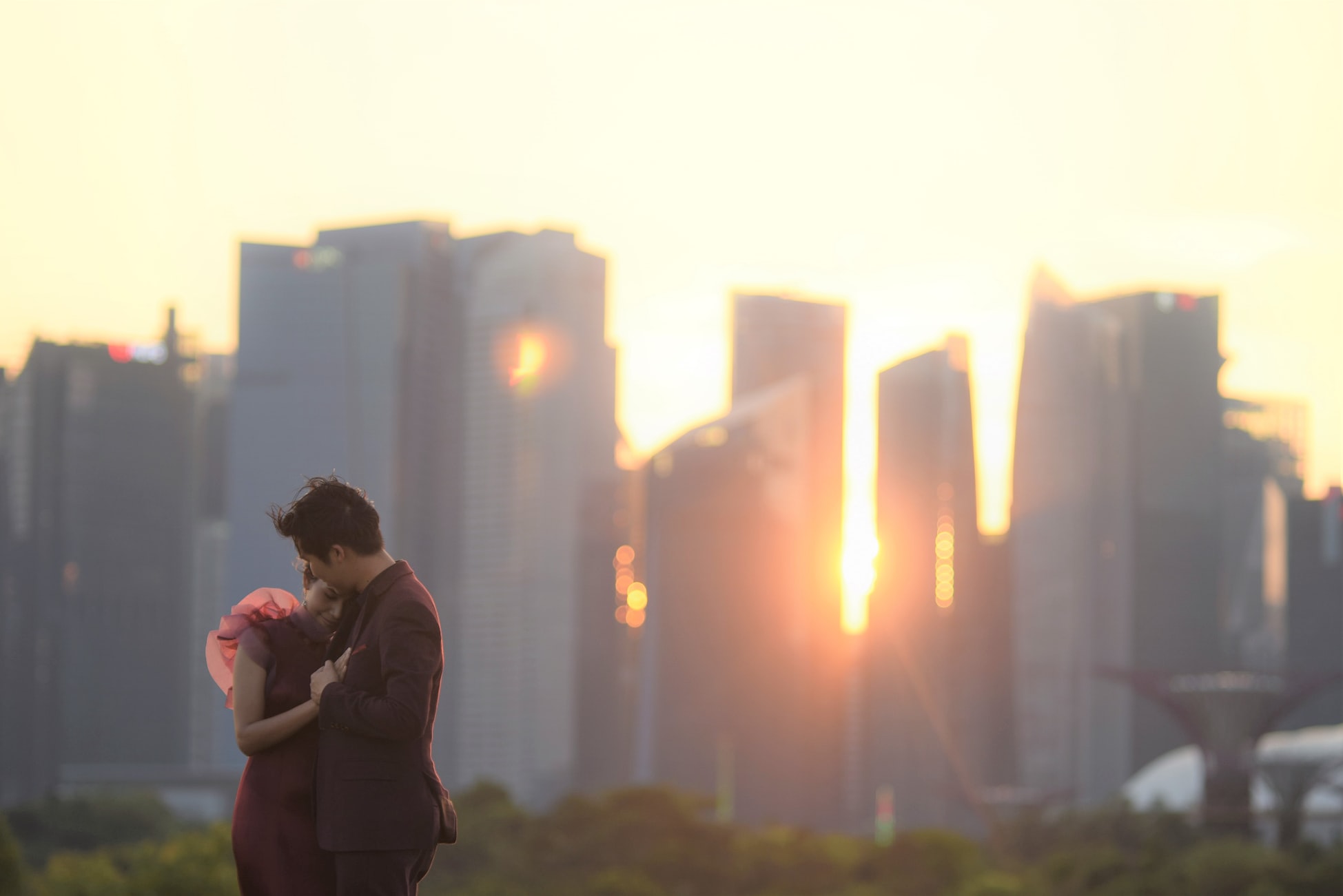 Singaporeans hoping for a respite at night will be disappointed, as the MSS predicts warm nights as well.

Night temperatures will go up to 28°C on a few days, mostly in the south and east coast of Singapore.

This is due to the prevailing winds blowing from the east or southeast, which will bring warm and humid air from the sea.

Expect to pay more in your electricity bill as you pump up the aircon to get a good night’s sleep. 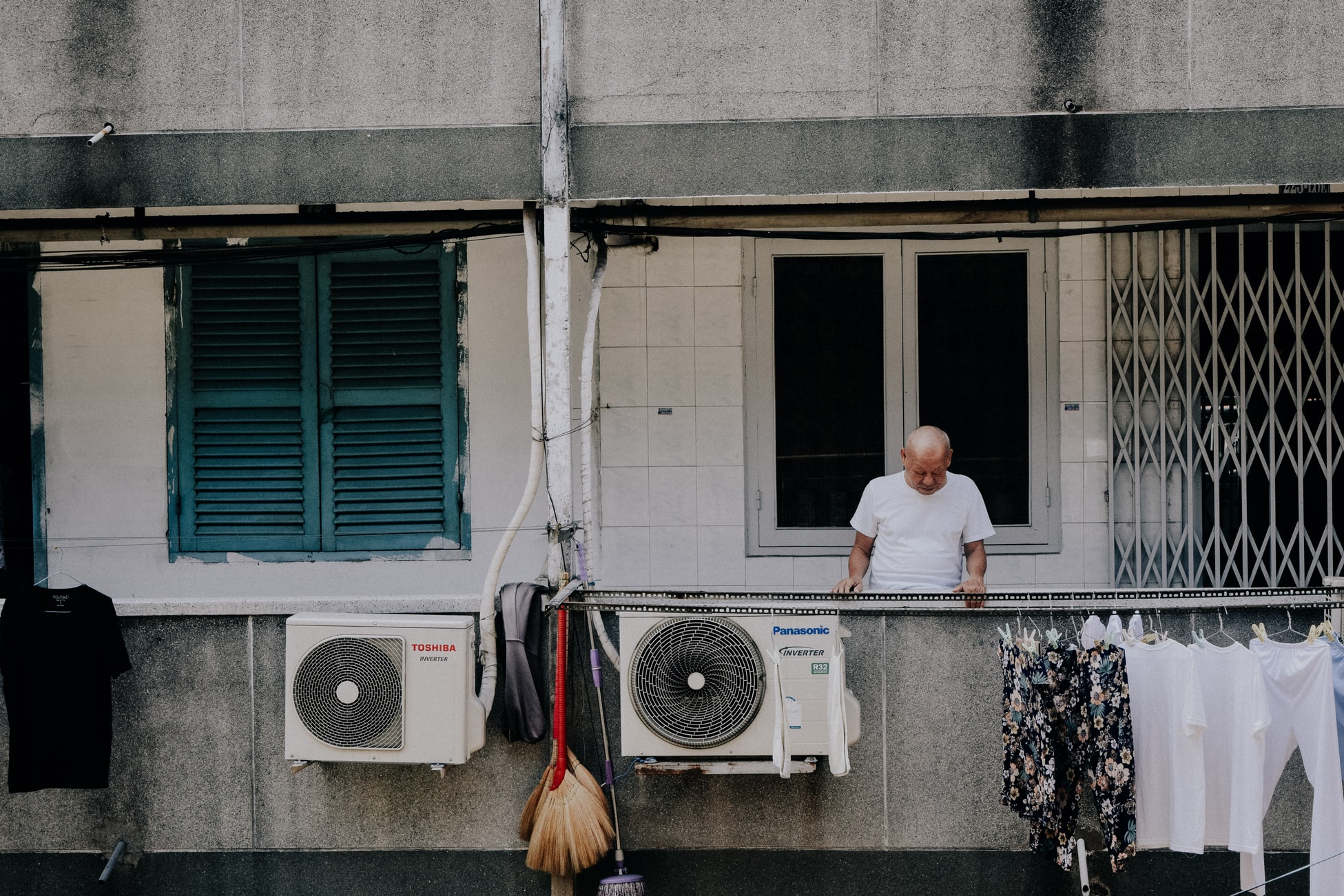 In Apr, MSS said it was “generally warm”.

No warm nights to make up for wet weather

As Singaporeans, we know pretty much know that to expect from our tropical weather.

But as the rainfall continues to be above average, what’s galling that we won’t even have cool temperatures at night to make up for it.

Looks like turning up the aircon in the bedroom will be par for the course in May if we don’t want to wake up sticky and sweaty the next morning.