Over 100mm of rainfall was recorded at several of NEA's stations.

170.6mm Of Rainfall Recorded At Ulu Pandan Is Highest Daily Amount In Apr Since 1980

So far, Apr has seen showers on most days, but some might be wondering why it’s still warm despite the wet weather.

The sky answered our queries with a massive downpour on Saturday (17 Apr), which lasted long into the late afternoon and evening.

Thanks to the heavy rain, aircon weather returned to Singapore, with the temperature at Newton plunging down to a chilly 21.6°C. 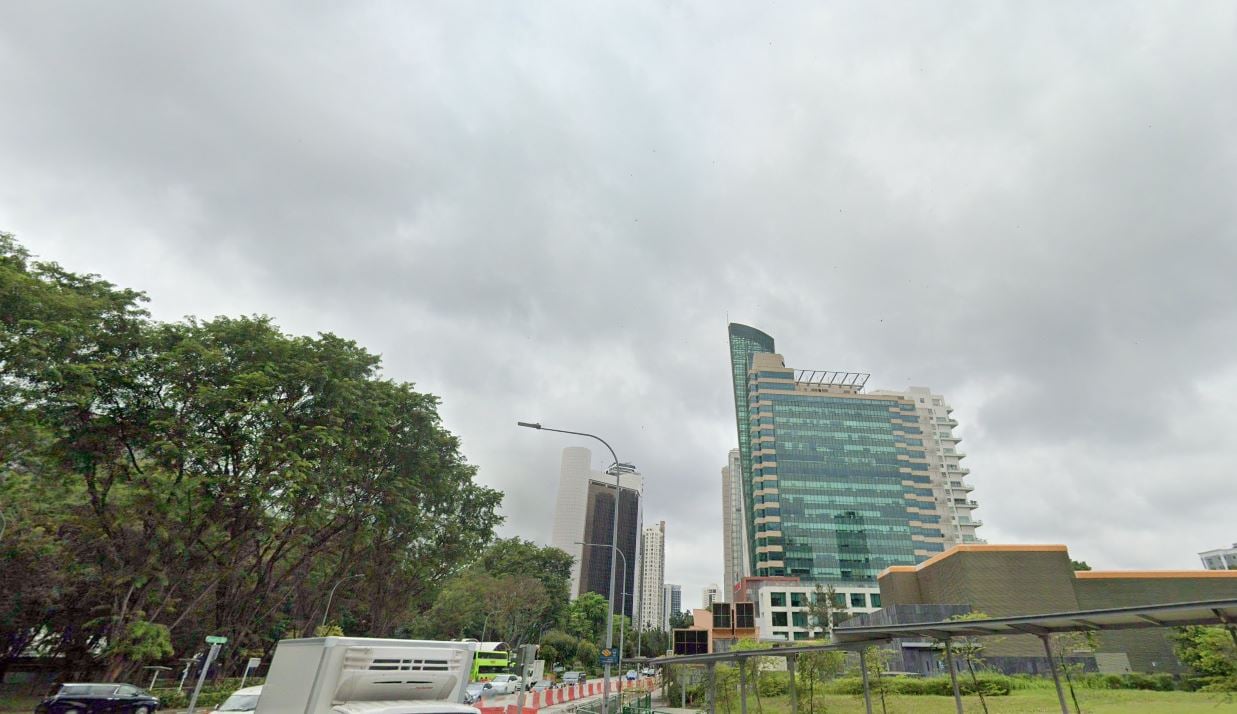 It’s no wonder that happened, as according to the National Environment Agency (NEA), the rainfall on 17 Apr was the highest recorded for Apr in Singapore in 41 years.

Showers started from 11am, heaviest in West & South

In a Facebook post on Saturday (17 Apr) evening, the NEA revealed what most Singaporeans already knew: It was a really rainy day. 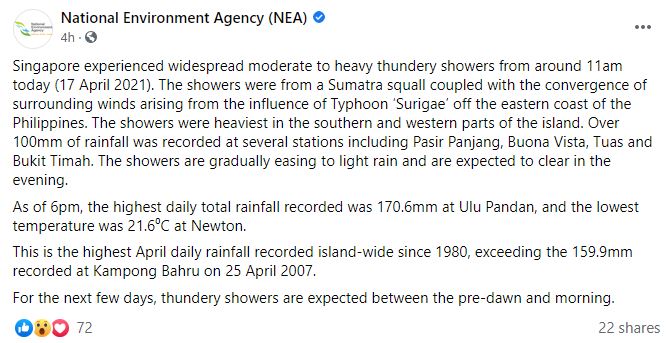 The “widespread moderate to heavy thundery showers” started from 11am.

They were heaviest in the South and West of Singapore.

Showers due to squall forecast on 16 Apr

The reason was forecast just the day before, when the NEA said a weather phenomenon known as a “Sumatra squall” would move east towards Singapore, bringing thundery showers. They also said Typhoon Surigae, off the eastern coast of the Philippines, would cause a convergence of winds that will contribute towards the wet weather.

The NEA also said the lowest recorded temperature for Saturday (17 Apr) was 21.6°C, at Newton.

According to its weather.gov.sg website, that remarkable low was recorded at 12.45pm.

Even our highest temperature for the day was slightly lower than usual – 33.4°C, recorded in Sentosa at 10.52am before the massive downpour started.

To be sure, Newton has a pattern of recorded ultra-low temperatures.

Historic amount of rainfall on 17 Apr

As for rainfall, Singapore made history on 17 Apr.

Over 100mm of rainfall was recorded at several of NEA’s stations, including at Pasir Panjang, Buona Vista, Tuas and Bukit Timah.

The highest rainfall was 170.6mm, recorded at Ulu Pandan.

That figure is the highest daily rainfall recorded in Apr since 1980 – a total of 41 years ago.

Ulu Pandan flooded along with many parts of Singapore

The momentous amount of rain caused many parts of Singapore to flood.

That included Ulu Pandan, with its record-breaking rainfall. 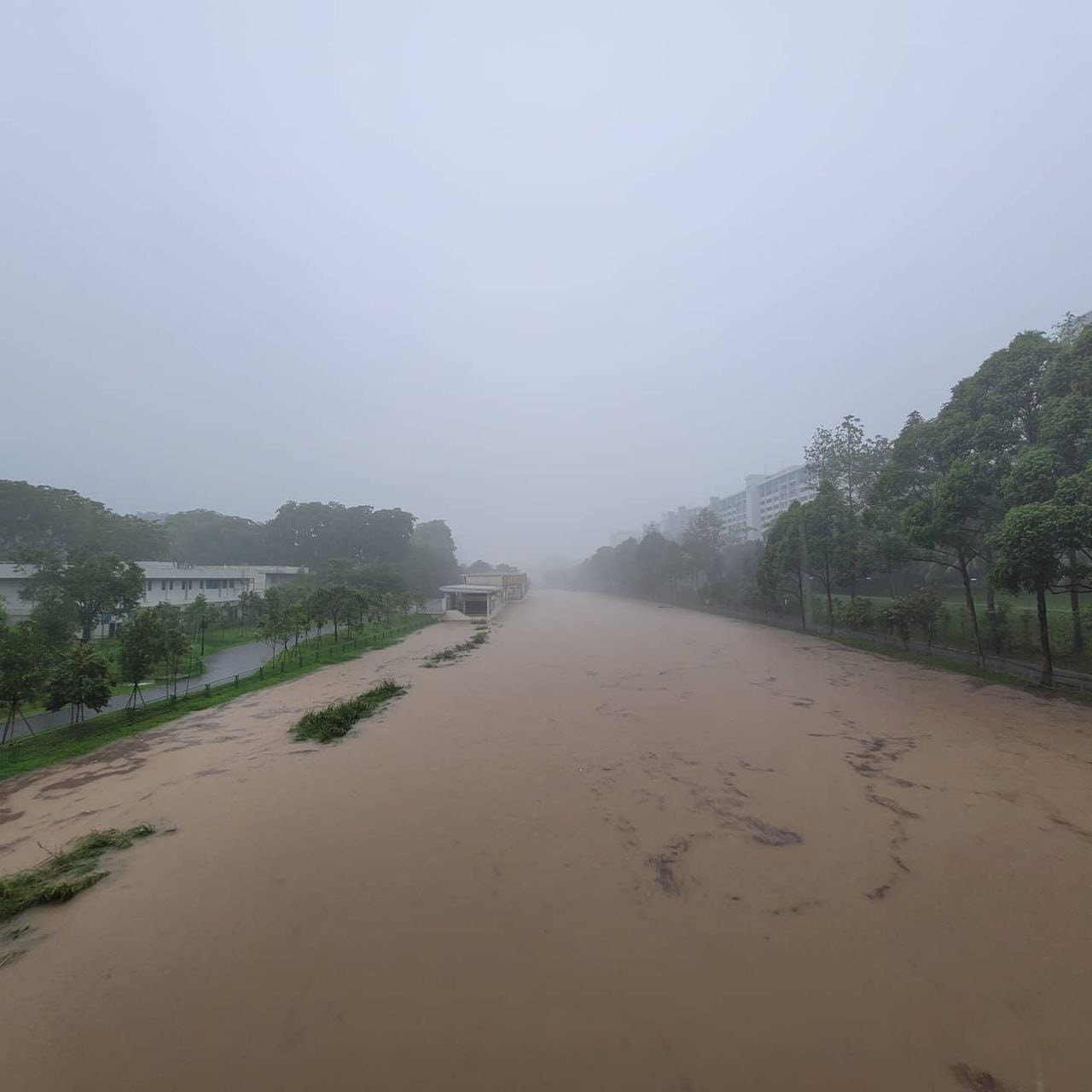 The PUB also sent out a flood warning at 1.17pm.

At that point, the water level in the canal there had already risen to 100%, which translated to a “High Flood Risk”.

The PUB also issued flood warnings for 23 other locations.

By evening, the showers cleared after easing to light rain.

However, those who were hoping for a Saturday out might have had to stay in to avoid getting wet. That’s because such rain will drench you even with an umbrella.

For those who love aircon weather, though, it’s a perfect day to spending lounging at home