A Singapore Institute of Management (SIM) student wrote a warning note about a peeping tom she caught on campus last Saturday (21 Jul).

The victim has requested that her identity be kept unknown and her post is as follows. 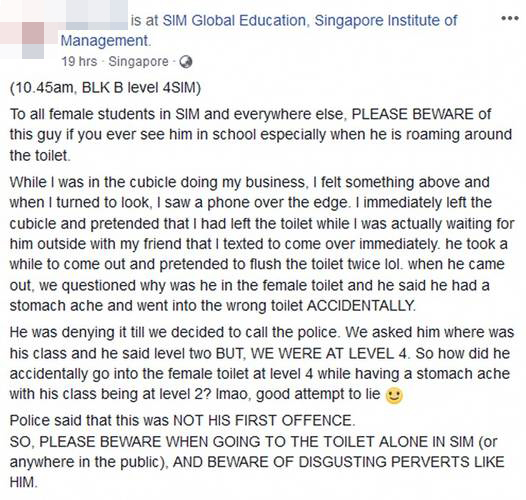 In her account, she felt that something was amiss when she noticed a phone looming over the edge of her cubicle door.

She then exited the cubicle immediately and pretended to have left the toilet.

In actual fact, she was waiting outside together with her friend for the perpetrator to reappear.

Her brave actions saved her from certain embarrassment, and helped the police apprehend the culprit.

Loopholes in his statement

In her post, the student said that the man took his time and even flushed the toilet twice before coming out. 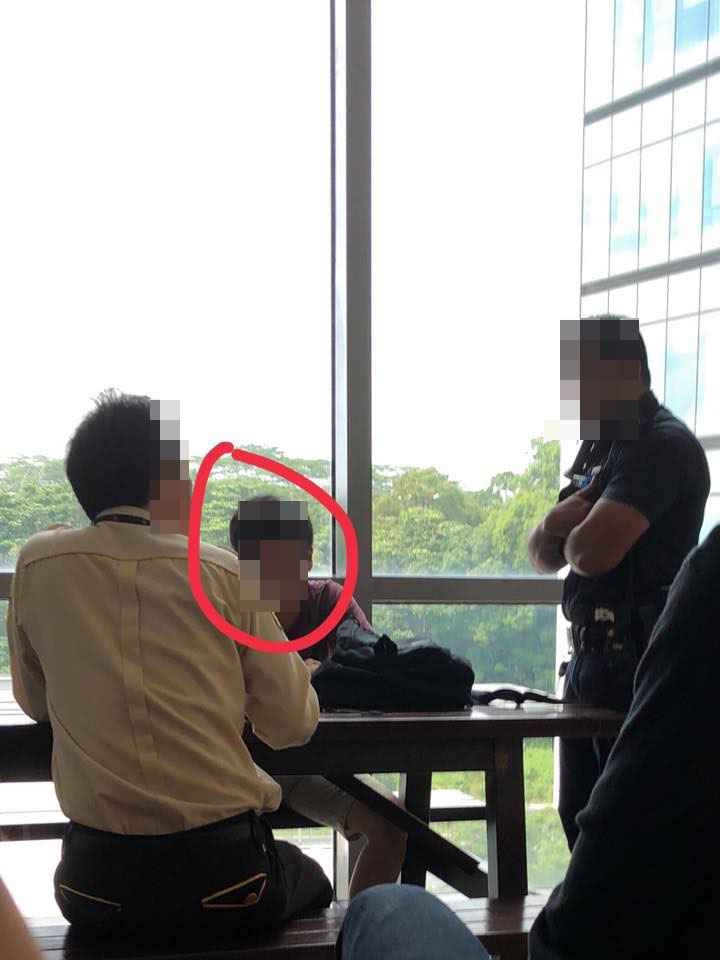 When faced with the confrontation, he alluded to having a stomachache and that he had entered the female toilet by accident.

They probed further and questioned him about the location of his class.

This was when they soon realised his words didn’t quite add up.

He claimed that he was having lessons on the second floor, despite the location of the toilet being on the fourth floor.

She noted it was a “good attempt to lie”, and the man remained in constant denial until they decided to inform the police.

Not his maiden attempt

Apparently it wasn’t his first time being caught for alleged ‘peeping tom’ activity.

The 21 year-old has been arrested and may be facing charges of insult of modesty and criminal trespass.

Thankfully the student had been alert enough to stay calm, confront the offender and inform the police.

Such incident acts as a good reminder for everyone stay vigilant.