S’pore Sends 4 Containers Of Oxygen Tanks To India, Gets Praise For Being A Friend In Times Of Need The tanks will be used to transport oxygen for India's Covid-19 sufferers.

But that can’t be said for fellow Asian country India, which is battling a massive 2nd wave of the pandemic.

As such, the country’s healthcare system is reaching breaking point, with basic things like beds and oxygen supplies running low.

Singapore may be small, but we don’t shy away from helping other countries in need, as we’ve helped send 4 containers of oxygen tanks to India. 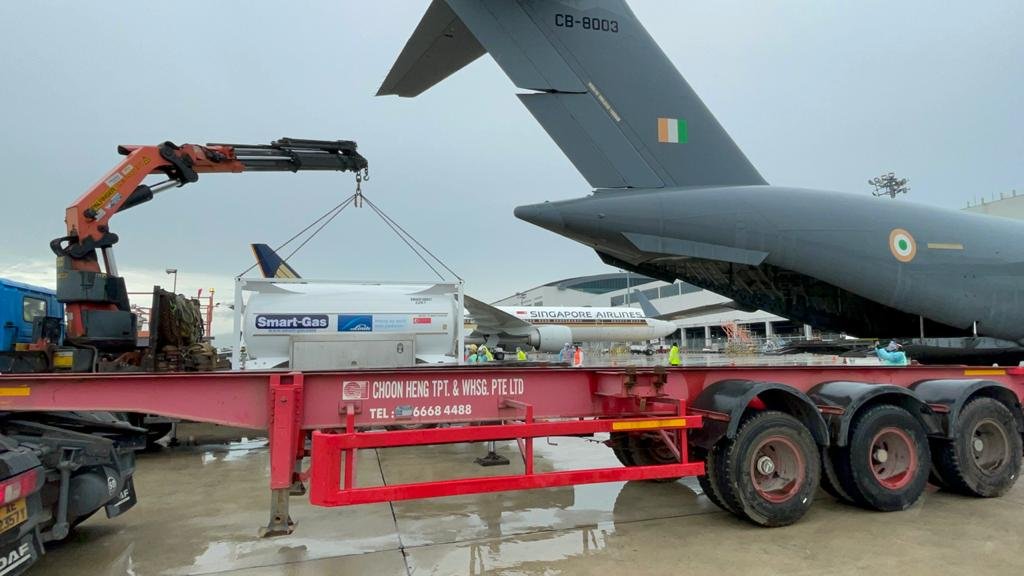 The gesture prompted many netizens to thank us for being a friend in times of need.

In a Facebook post on Saturday (24 Apr), the High Commission of India in Singapore said the country procured the 4 containers that same day.

To bring the tanks back, the Indian Government deployed India Air Force planes to Changi Airport. 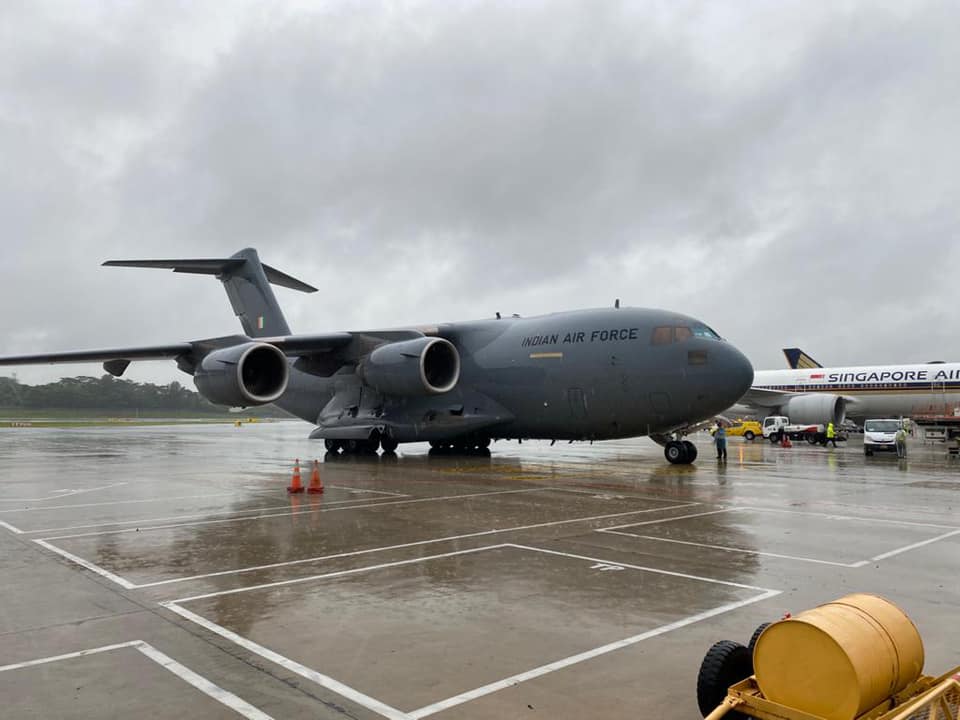 Transfer of oxygen a multi-agency effort

The effort also required coordination between the Indian side and various agencies in Singapore, another Facebook post said.

According to the High Commission, some of these agencies were: 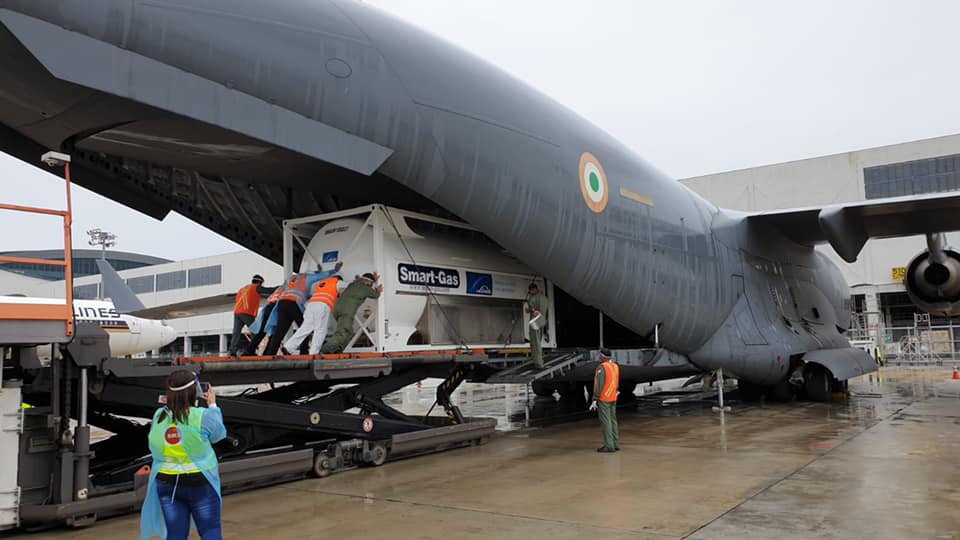 The tanks themselves were donated by Tata Group.

Singapore stands with India against Covid-19

Singapore’s diplomatic mission in India also referenced the bilateral and multi-agency effort in its Twitter post on the transfer.

It also said that Singapore stands with India in its fight against Covid-19. 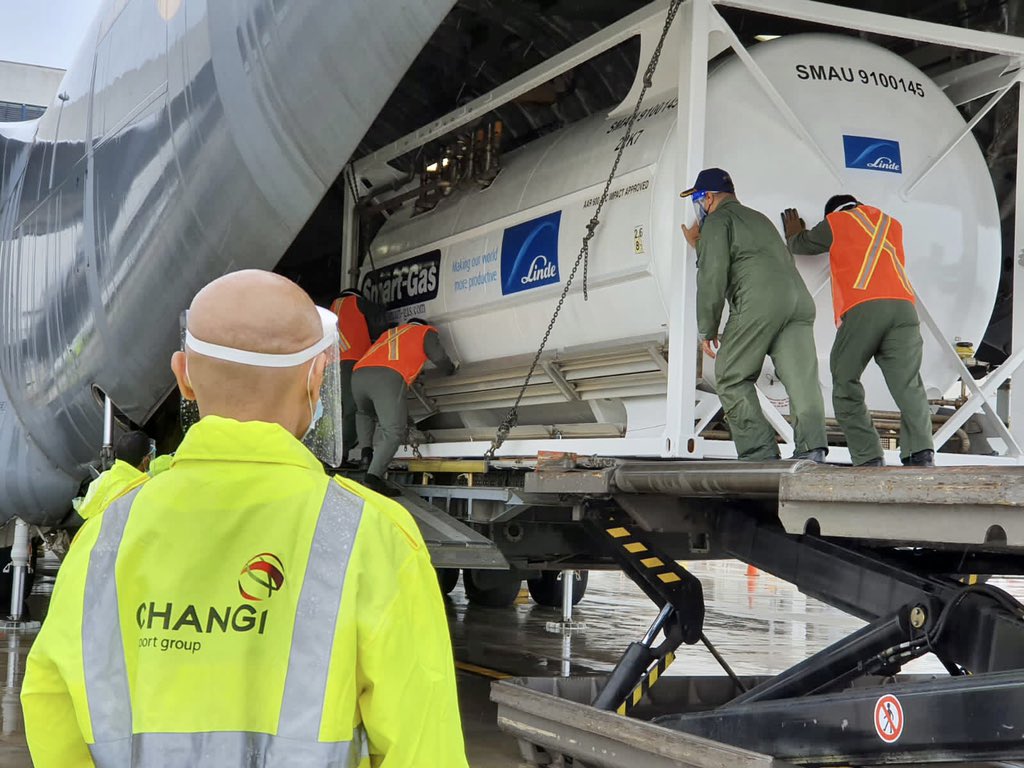 Containers will be used to transport oxygen

According to Asian News International (ANI), an Indian news agency, the containers from Singapore will be offloaded at Panagarh airbase in West Bengal by Saturday evening.

The high-capacity tanks will be used to transport much-needed oxygen for Covid-19 sufferers, the Times Of India reported. 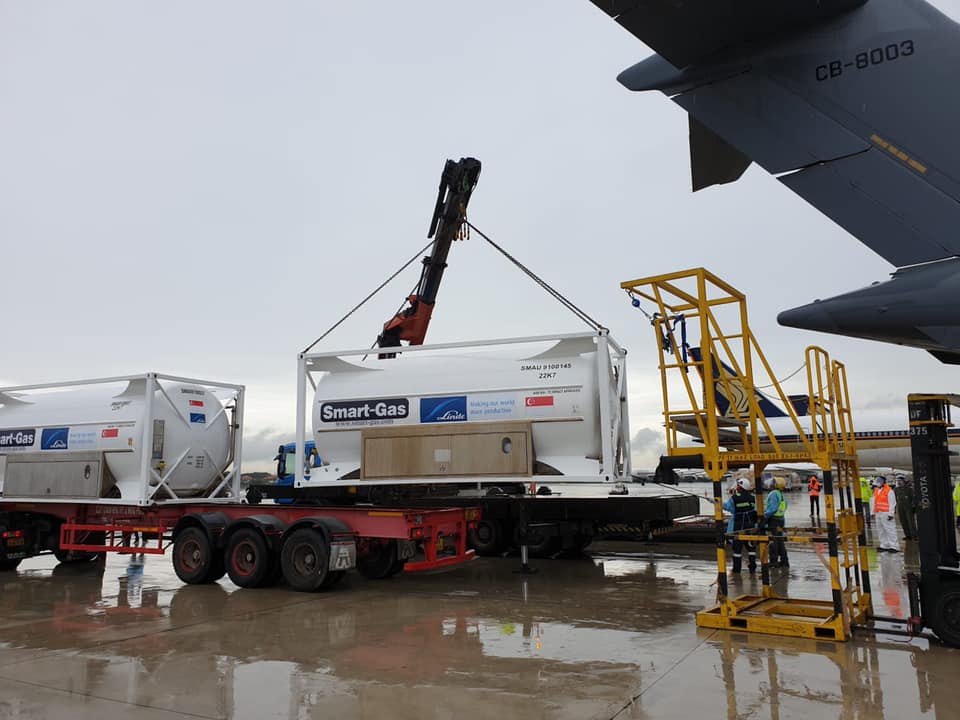 Check out a video of the transfer here:

It seems that Singapore’s help has generated much goodwill among Indians.

The news on Twitter was met mostly with gratitude, with netizens saying that Singapore is a friend in times of need. 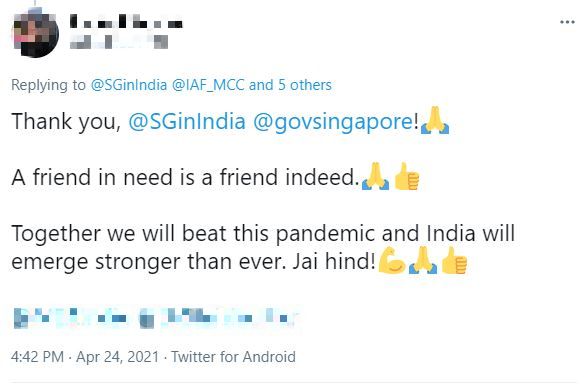 Some even vowed to repay the favour someday.

Some of the praise was so effusive that it would make even the most proud Singaporean blush.

The spirit of Singaporean generosity also prompted Razer CEO Min-Liang Tan to offer surgical masks, which his company is producing for countries in need.

Meanwhile, India’s Covid-19 2nd wave shows no signs of abating – in fact, the situation is getting worse.

According to Reuters, the country reported 346,786 more cases on Saturday (24 Apr), another world record. 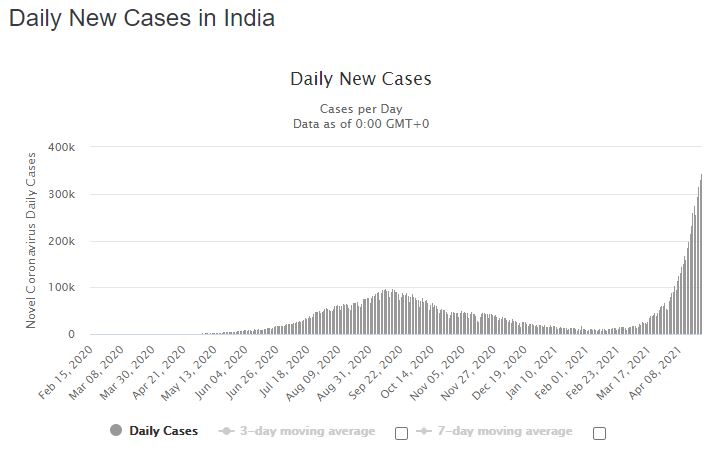 Due to the worsening situation, we’ve already banned all long-term pass holders and short-term visitors from India from entry.

However, that doesn’t mean we can’t send help to them so that their situation can improve.

As its crumbling healthcare system struggles to cope, we hope that the oxygen tanks Singapore sent over will be of use.

A small country can have a big heart

No matter what you may think of the situation in India, we can’t deny that the people there need help, and we should do something if we can.

After all, we never know when Singapore might help one day, so it’s better to have a friend out there.

Through helping out countries in need, Singapore’s proven that a small country like ours can still have a big heart.