This Album With 30 Years Of Singapore In Pictures, Lovingly Depicts How Our Nation Has Grown 30 Years Of Singapore In Pictures

The son of an American photographer has uploaded his or her own version of the #10yearchallenge that’s been going viral on Facebook.

As for the subject matter? Singapore in her early 20s.

In an uncredited post on Imgur, the original poster (OP) creates a poetic ode to his father’s work — by revisiting the spots pictures were taken at back in the late 1980s, after his father’s death in 2014.

Turns out, Mr Adam Snyder has been posting these incredible photos on his Instagram account as well.

The resulting album is a stunning collection that highlights how much Singapore has grown in just 30 years. And in many ways, how not much has changed at all. 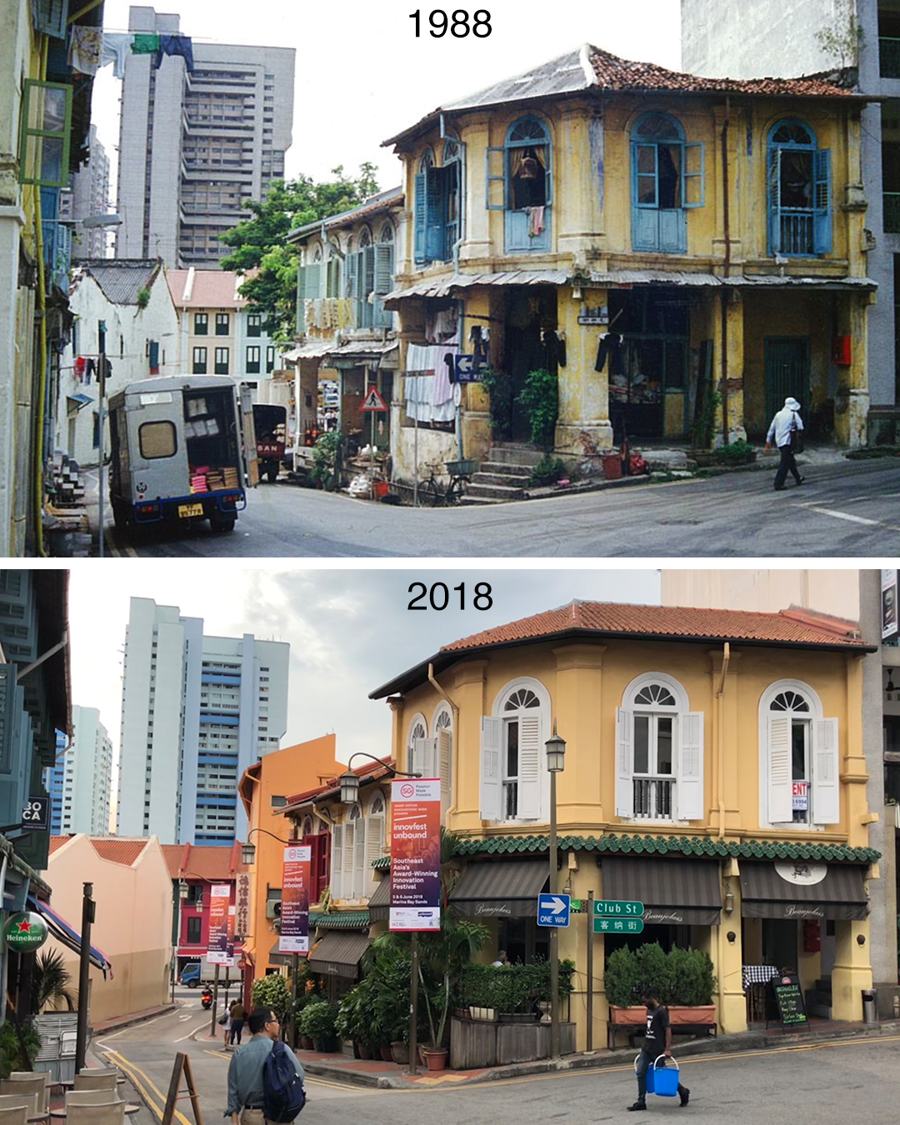 A surreal sight indeed, as not much has changed except the shophouse fronts getting restored. We’ve identified the blue building in the background, as housing units located along Smith Street at Chinatown Complex. 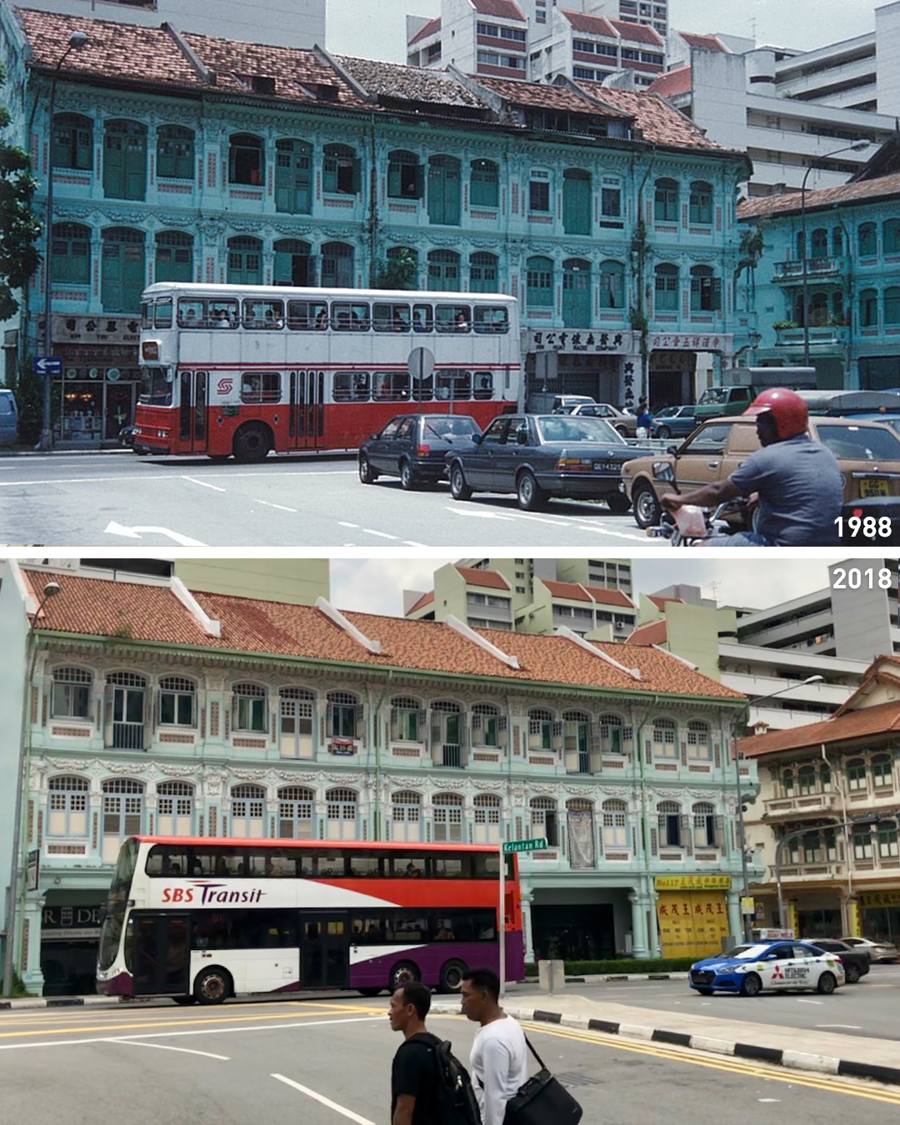 Besides the quaint row of shophouses receiving a paint job, we love how Adam managed to capture an SBS Transit bus in almost the exact same spot. 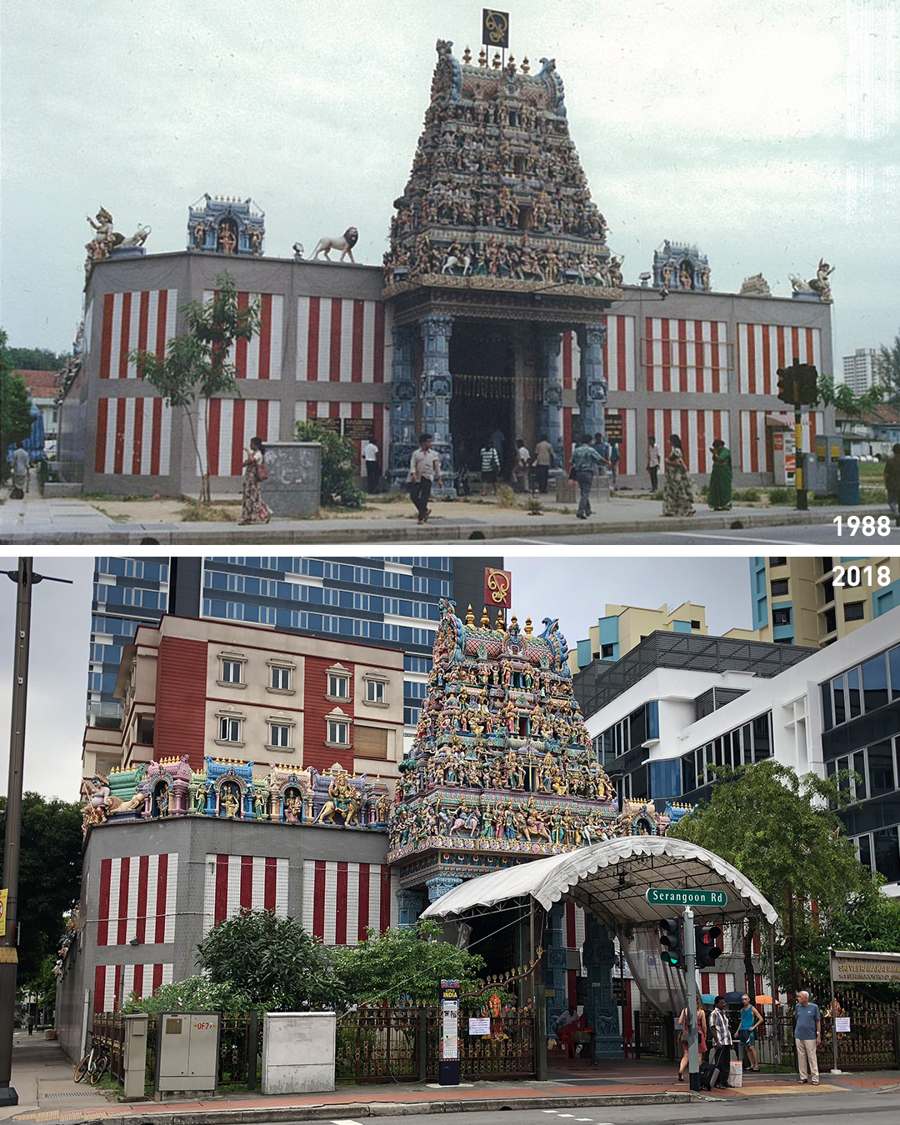 Though the temple along Serangoon Road used to be a standalone structure, it appears many residential areas have popped up behind and beside it. 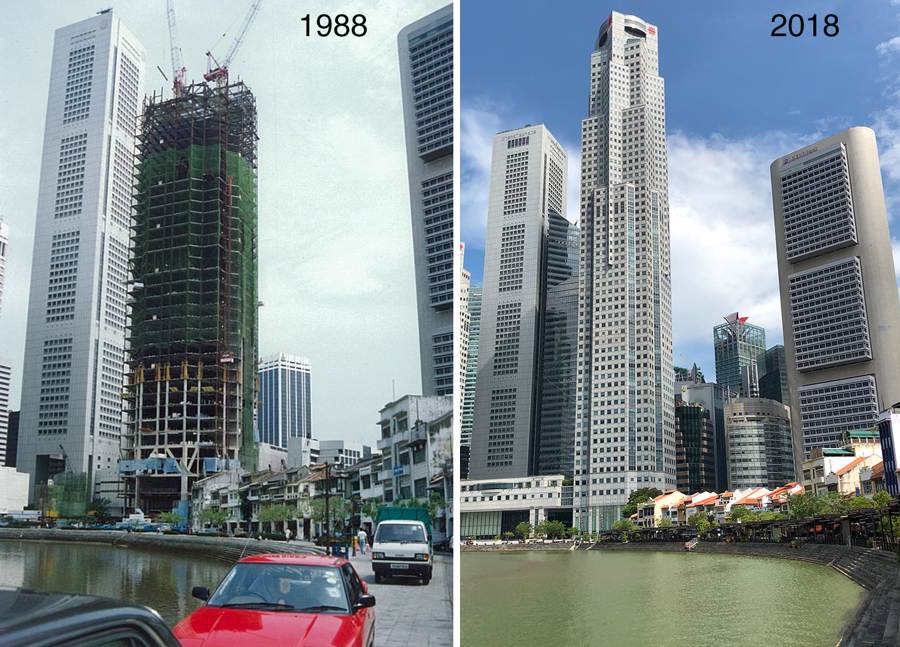 Back in 1988, it appears that the UOB Plaza One building was in the midst of construction. Now, it towers over neighbouring buildings, and is a permanent fixture along Boat Quay. 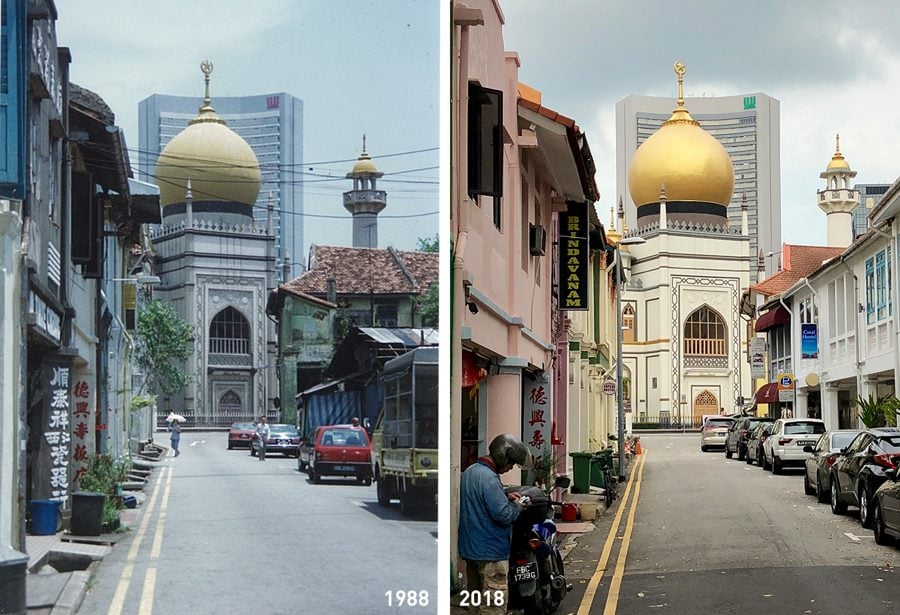 Playing spot the difference in this set of photos is eerily difficult — they’re almost identical. A few tell tale signs are the models of the cars, and absence of overhead wiring. 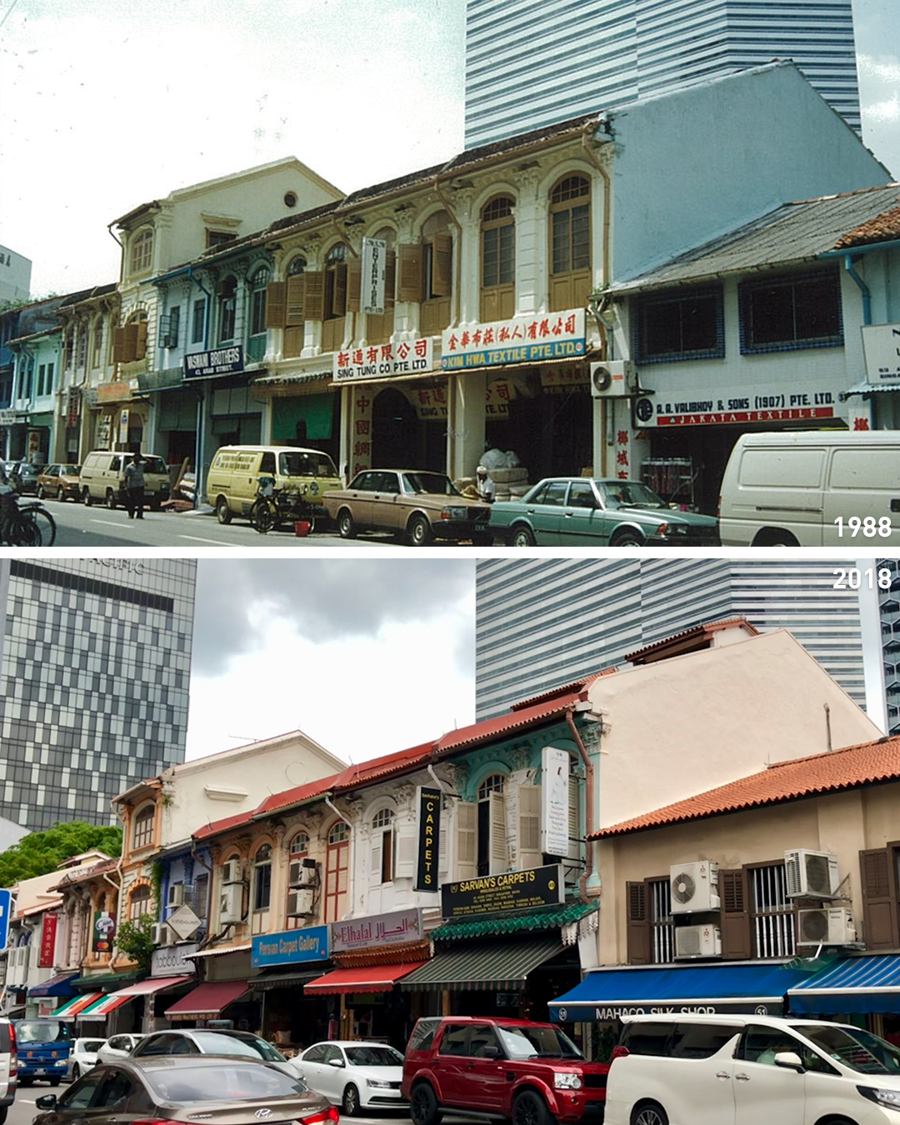 We find it heartening that the bones of the shophouses remain the same, having undergone restoration works to preserve the structures.

What has changed at Arab Street slightly is the nature of the businesses — from shops hawking general textiles, to carpet galleries and F&B outlets. 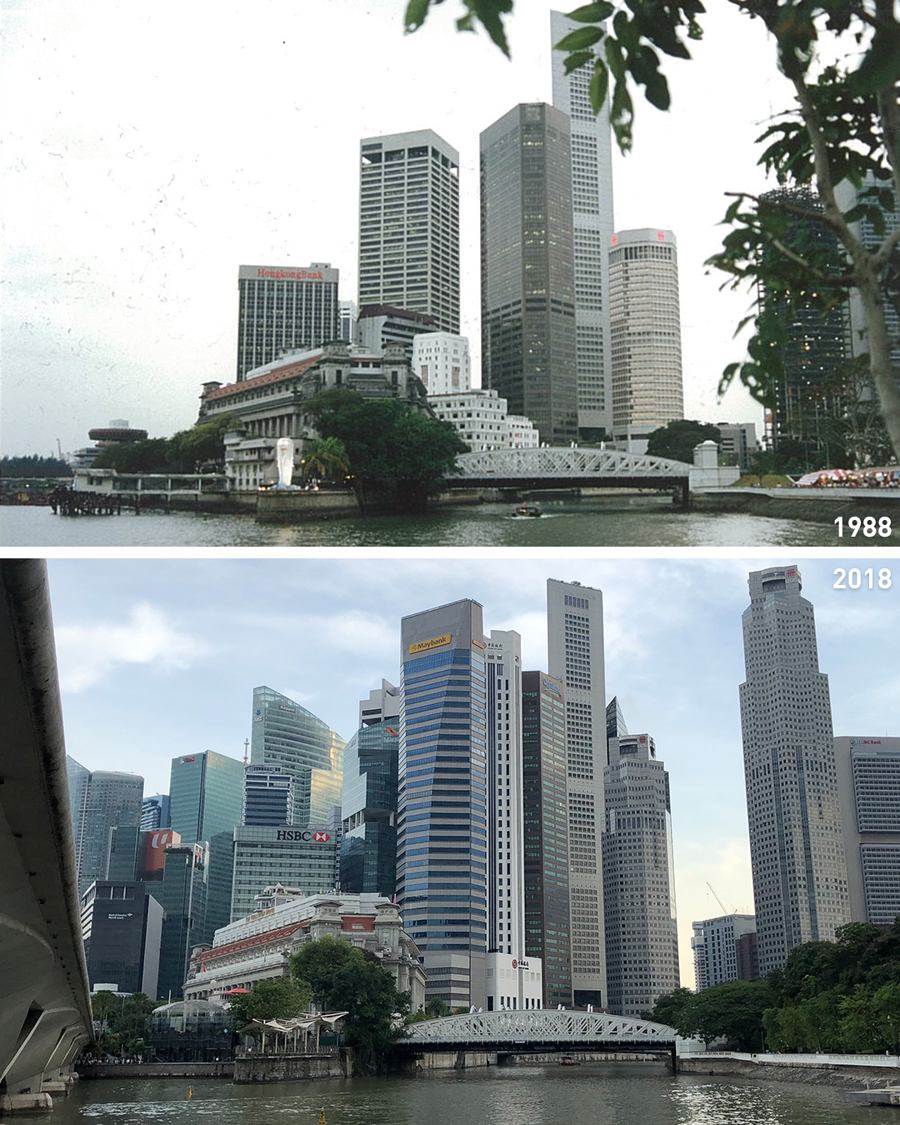 Maybank’s new skyscraper and the cluster of buildings behind Hongkong Bank – aka HSBC – were erected in just 30 years. Not to mention the overpass that’s framing the left side of the picture. 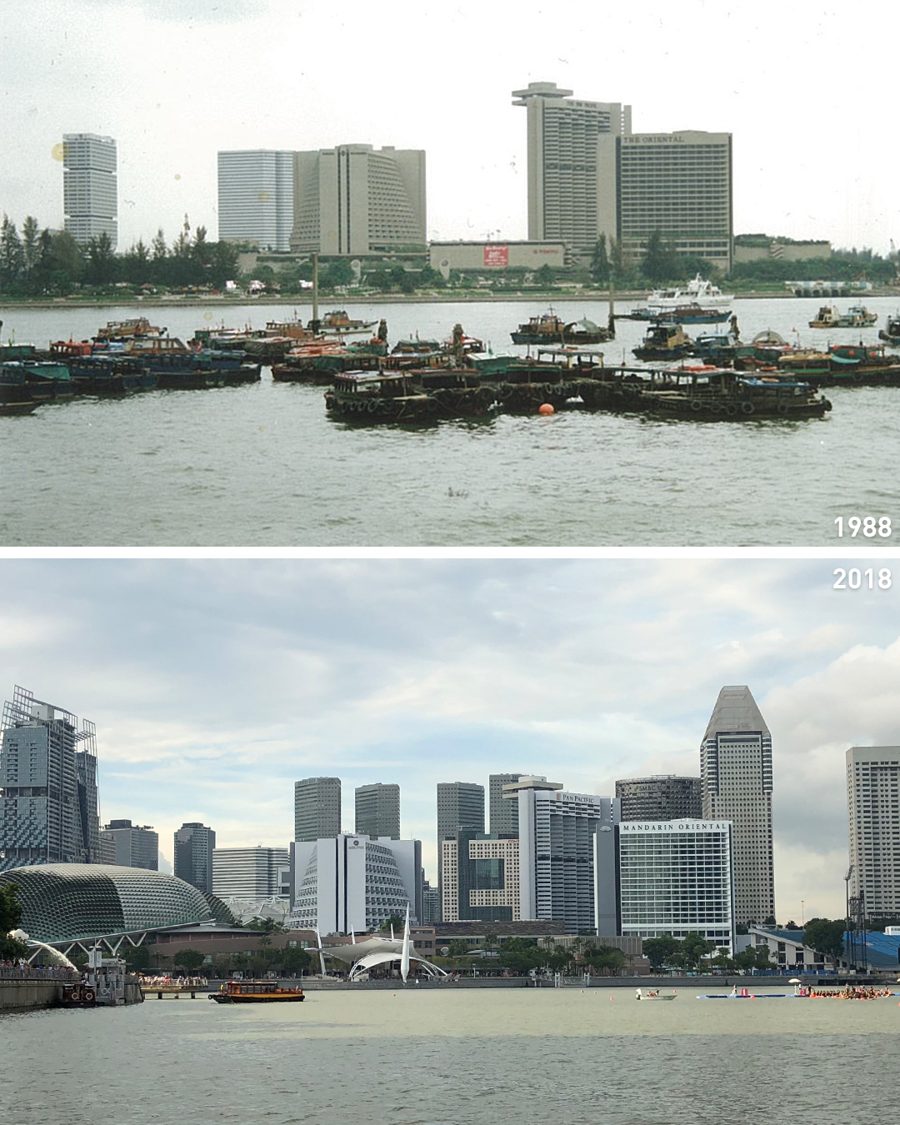 You’ll notice many iconic additions to our waterfront skyline since 1988. Spot the iconic durian-shaped Esplanade on the left, and a refurbished Mandarin Oriental Hotel building. 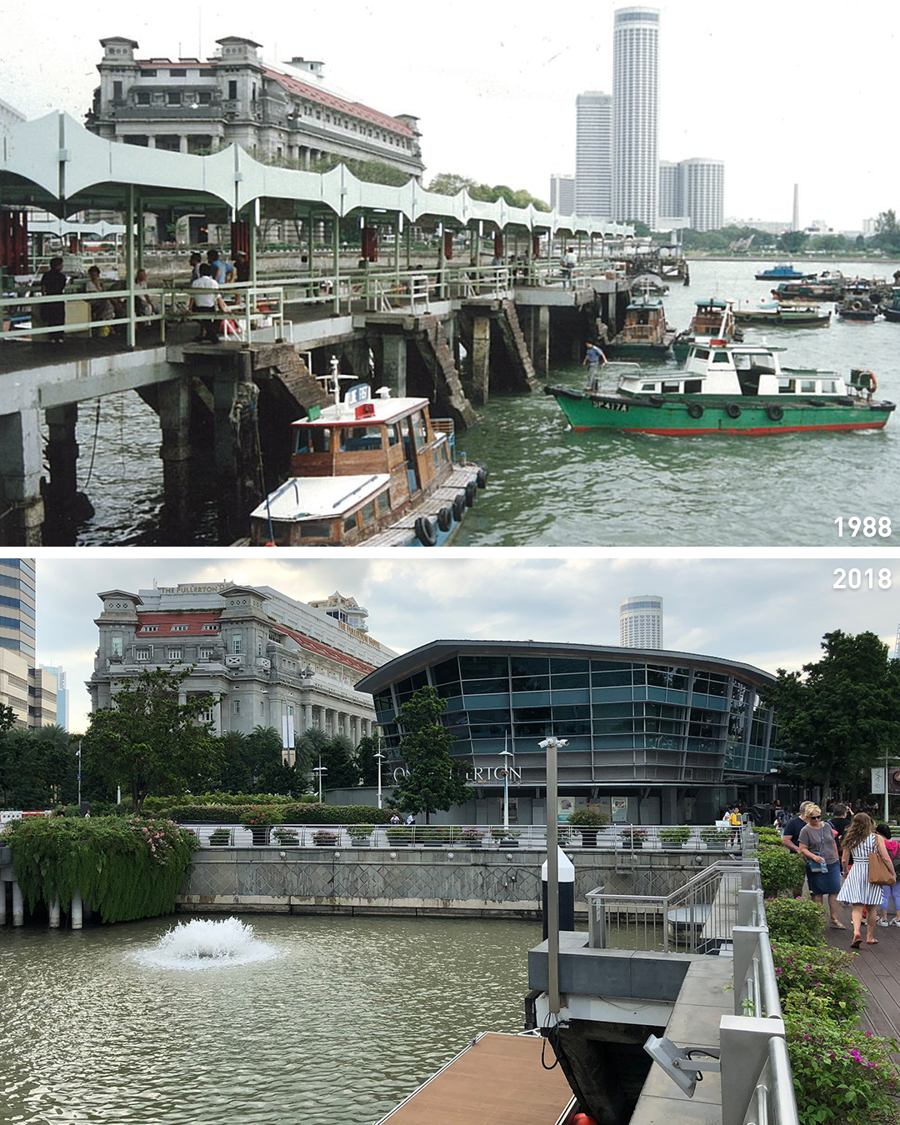 The collage of Marina Bay boasts one of the most drastic changes. Since the 80s, we’ve grown from a bustling jetty with small tugboats to a beautiful waterfront pathway for visitors. 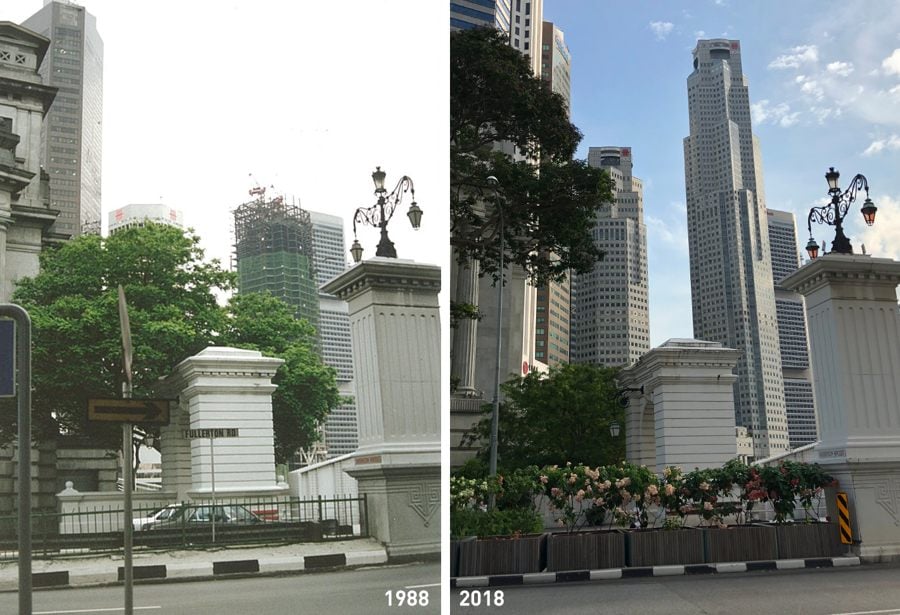 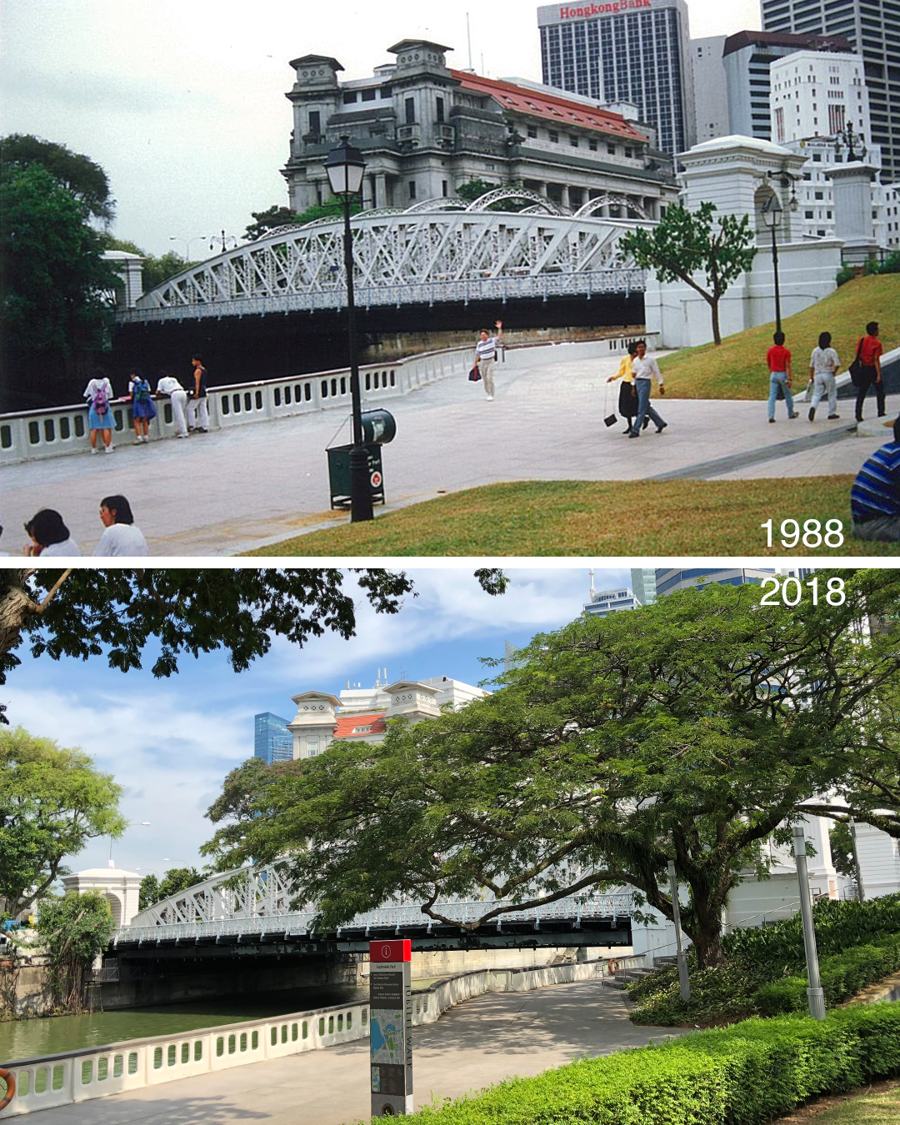 For this remarkable collage, the photographer writes that the sapling on the upper right hand corner, appears to have blossomed into a massive tree now. As for the shrubs in front of Cavenaugh Bridge, Adam isn’t “100% sure”, but believes the trees may be the same as well in this set of pictures. 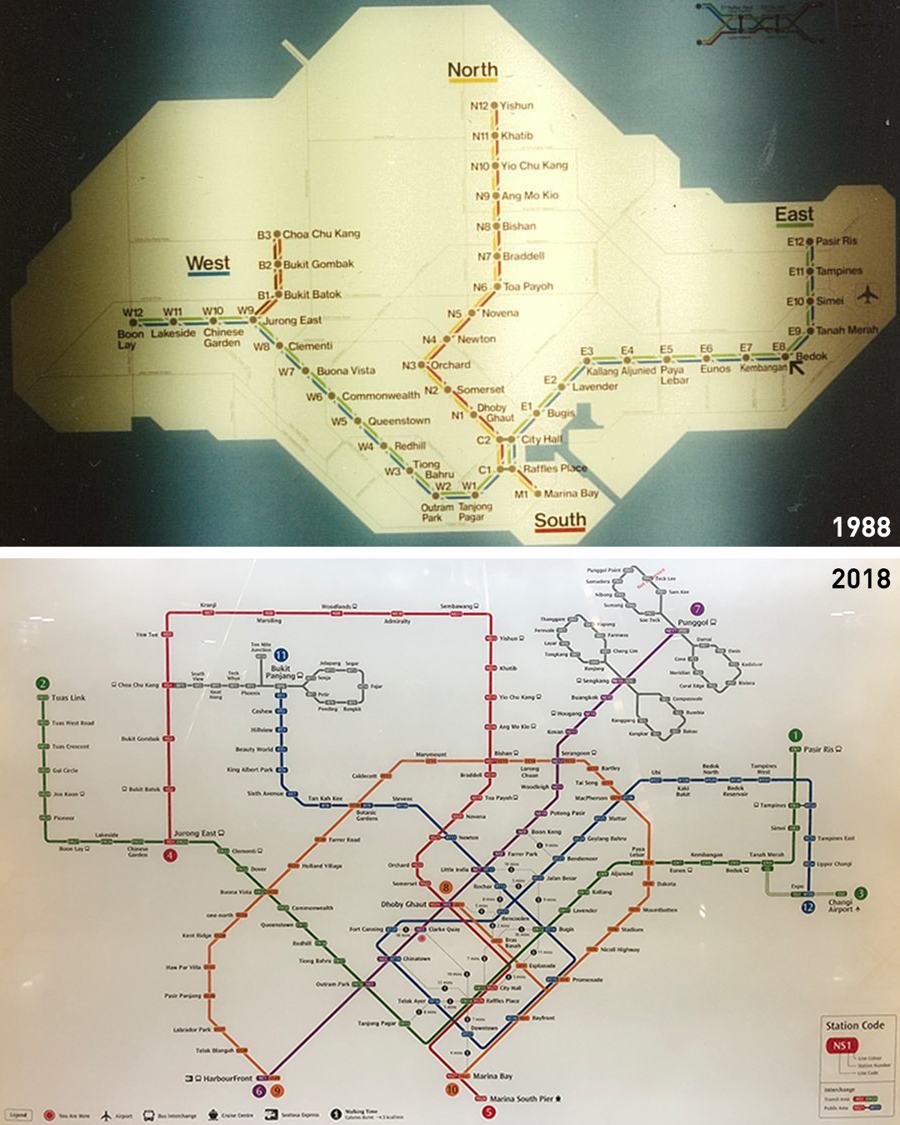 As a bonus, the photographer gave us a glimpse at how our transport system has grown over the years from just the OG Red & Green line, to 5 new lines and 2 LRT systems.

If you love what you’ve seen, do follow Adam on Instagram here as he has promised to post more from his collection, due to the overwhelmingly positive response.

We sometimes take Singapore’s cityscape for granted, having passed by familiar landmarks on our daily commutes.

Through the lens of this pair of father & son photographers, we love that we’re able to see Singapore’s beauty reflected through the passage of time.

Now, it’s our generation’s turn to define how Singapore will turn out in the next 30 years. May she continue to prosper and grow, while preserving her unique culture and architecture.