As cliché as it sounds, rejection hurts. Though it is part and parcel of life.

However, one Singaporean man apparently didn’t take his recent rejection well — to say the least.

After getting rejected by a Malaysian girl working in Singapore, the man apparently got so salty, he flaunted his S$345,000 bank balance in a bid to show what she’s missing out on. 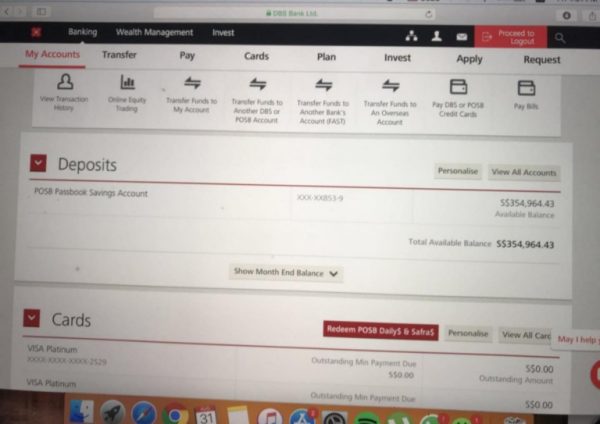 Here’s the lowdown on this salty saga.

According to World Of Buzz, the Malaysian girl known as Carrine, first met the Singaporean guy via Facebook Dating on Friday (18 Oct).

Things went well initially. The man was apparently cordial and showed interest to know more about her. They WhatsApped each other regularly.

However, his questions soon became intrusive, which presumably annoyed Carrine as she didn’t want to reveal too much about herself so early on.

Wanting to take things slow and enjoy some “me time”, Carrine started ignoring him and only replied his messages after a few hours.

Gave lecture on how a girlfriend should behave

This, apparently, was a turn-off for the man, who decided to call it quits with Carrine.

Initially, the man retreats from the conversation with class and even wished Carrine well, despite their differences. 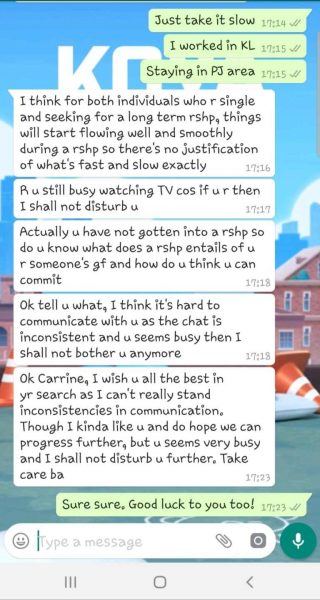 However, the man’s anger soon intensified and began conducting a lecture on how a girlfriend should behave. He even questioned Carrine’s ability to commit to a relationship. 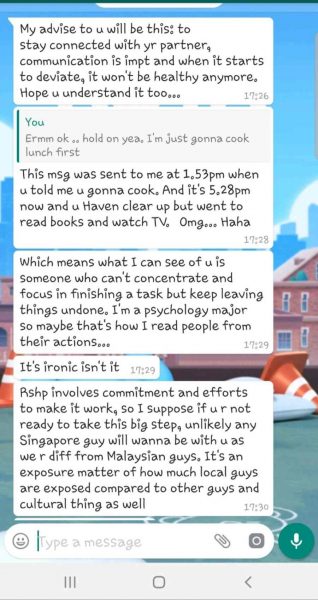 By now, it became clear to Carrine that they were fundamentally different but still wished him well.

This triggered the man even more. He laid into Carrine, calling her a “loser” and described her as having “nothing to offer”. 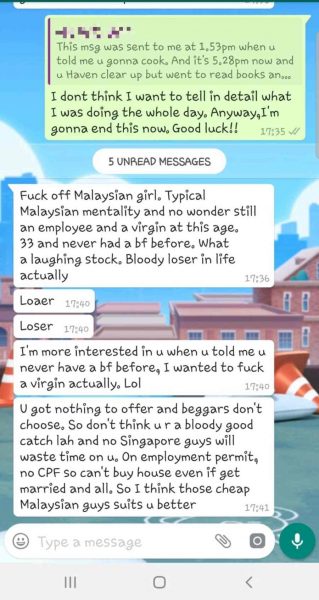 The man then thought it was a good idea to show Carrine what she was missing out on.

He took a picture of his bank statement – which showed a balance of over S$354,000 – and even haolian about the stash of cash he has at home.

The man also took a picture of a Ulysse Nardin timepiece that he allegedly bought for S$47,000. 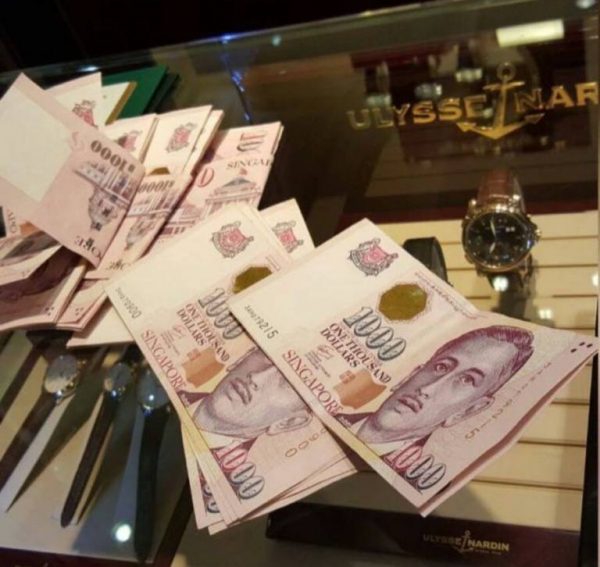 As his final act, the man labelled the people of Malaysia as “losers” and said that its leaders are incapable of thinking well.

The story first reported by World Of Buzz, received over 500 shares at the time of writing, and a slew of comments.

Most netizens were outraged by the man’s behaviour, which they claimed were a sign of his insecurities.

One landlord, however, was so amused by this story that he allegedly waived off his tenant’s rental fees for the rest of the year.

The importance of taking rejections well

If anything, this story highlights the importance of being able to handle rejections well, be it in one’s personal or professional life.

Should the Singaporean man have ended the conversation wishing Carrine well, everything would have gone on as per normal.

Instead, he lost his cool and went on a xenophobic rant about our neighbours. What a turn of events.

What do you think of this budding relationship gone sour? Let us know in the comments below.