For many Singaporeans growing up in the 60s and 70s, traces of their childhood are harder to find in our modernised Singapore. Architect Mr Wilfred Cheah took matters into his hands — by recreating the HDB flat he grew up in.

He used recyclable materials like cardboard for his “growingUP” series, naming this project Racial Harmony. 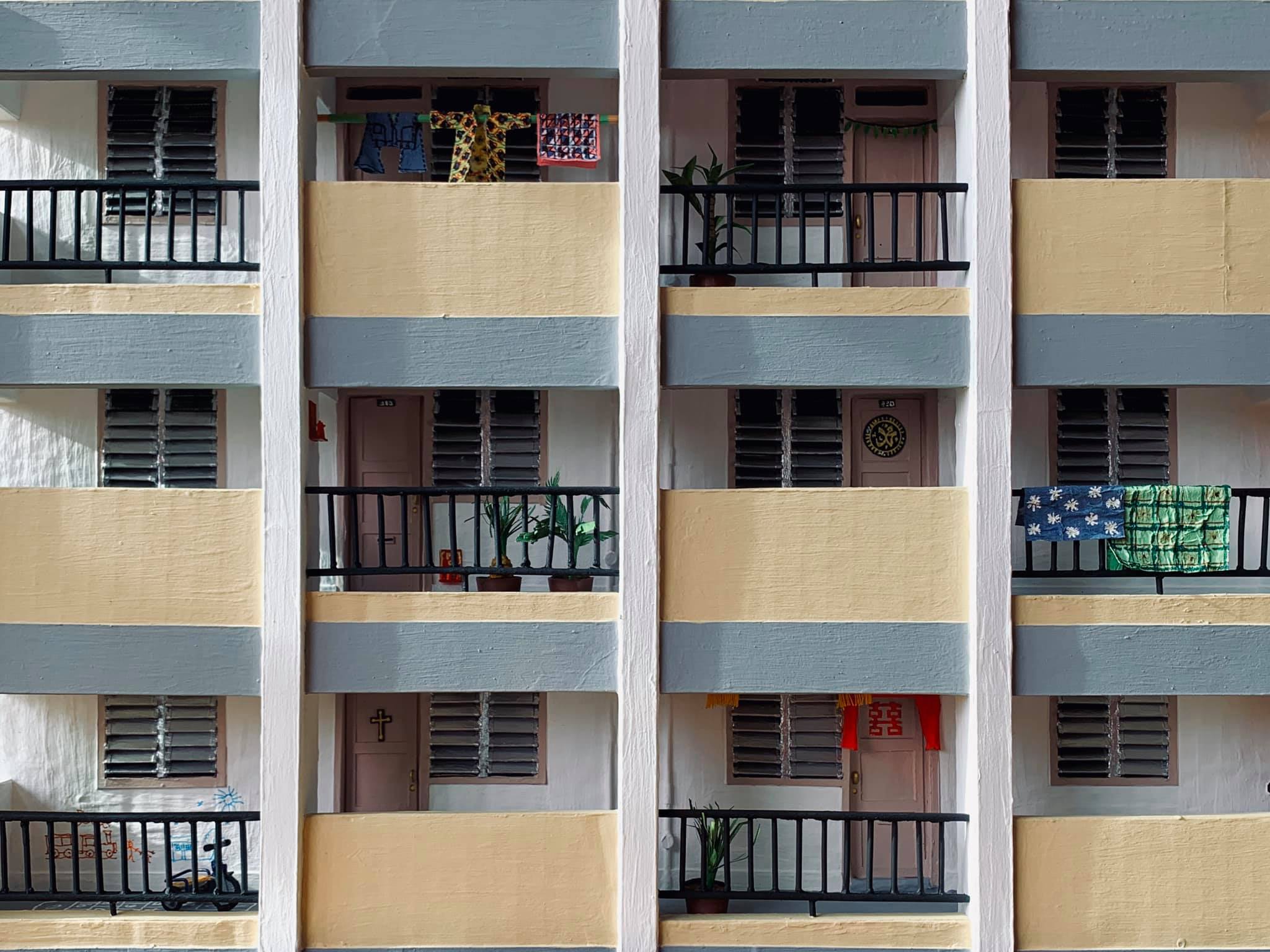 The aptly titled project reflected the beliefs of the residents in this block.

The Hindu family has a string of Mango leaves, used to deter negative energy, hung at the door. At the doorstep lies a white rangoli. 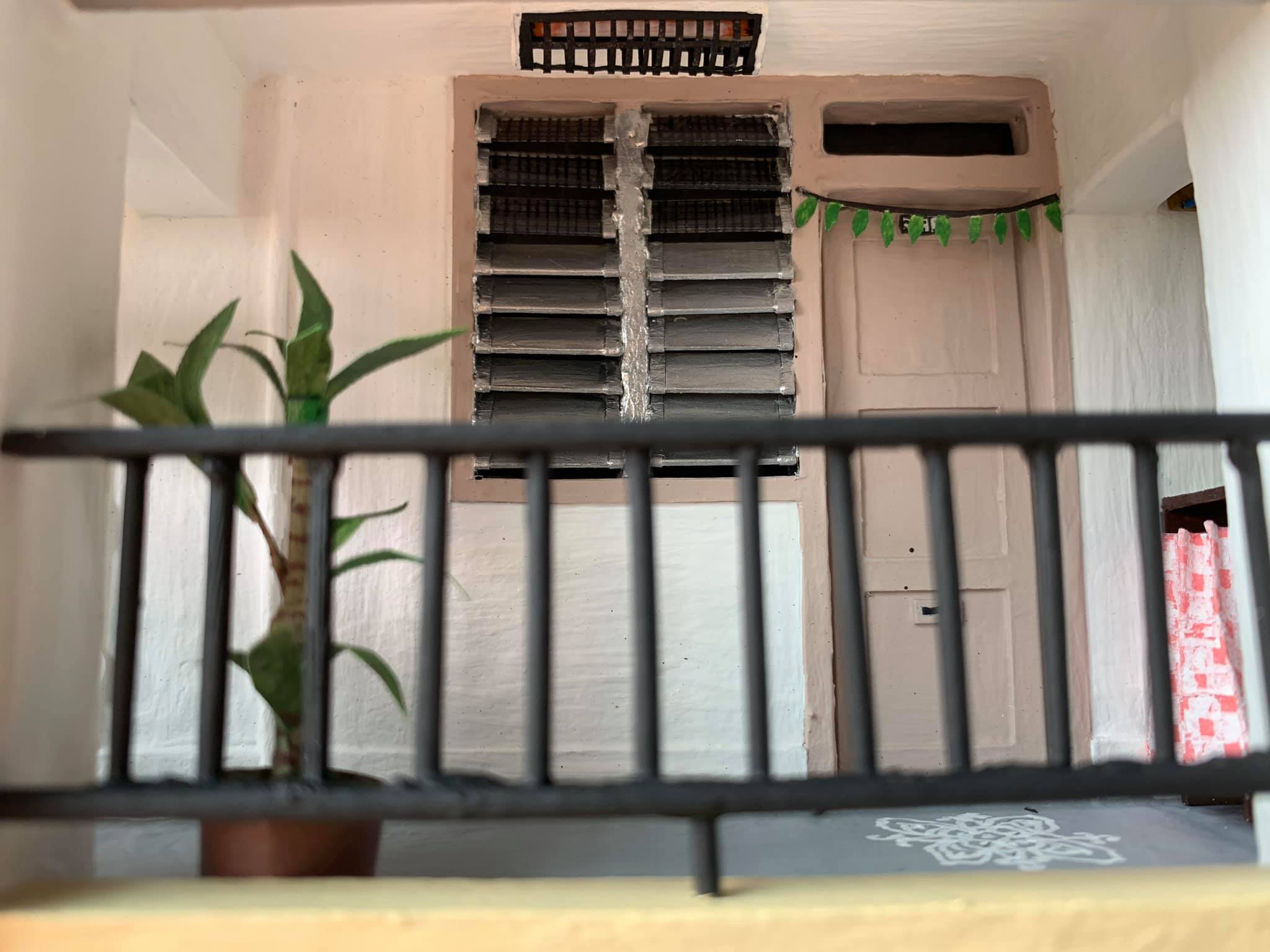 Mr Cheah includes details that we might overlook because we’re so used to it — such as these altars commonly seen outside homes of Buddhist residents.

This unit even has slippers, the most quintessential footwear for Singaporeans, outside. This Muslim family has religious decor featuring Islamic calligraphy on their door. 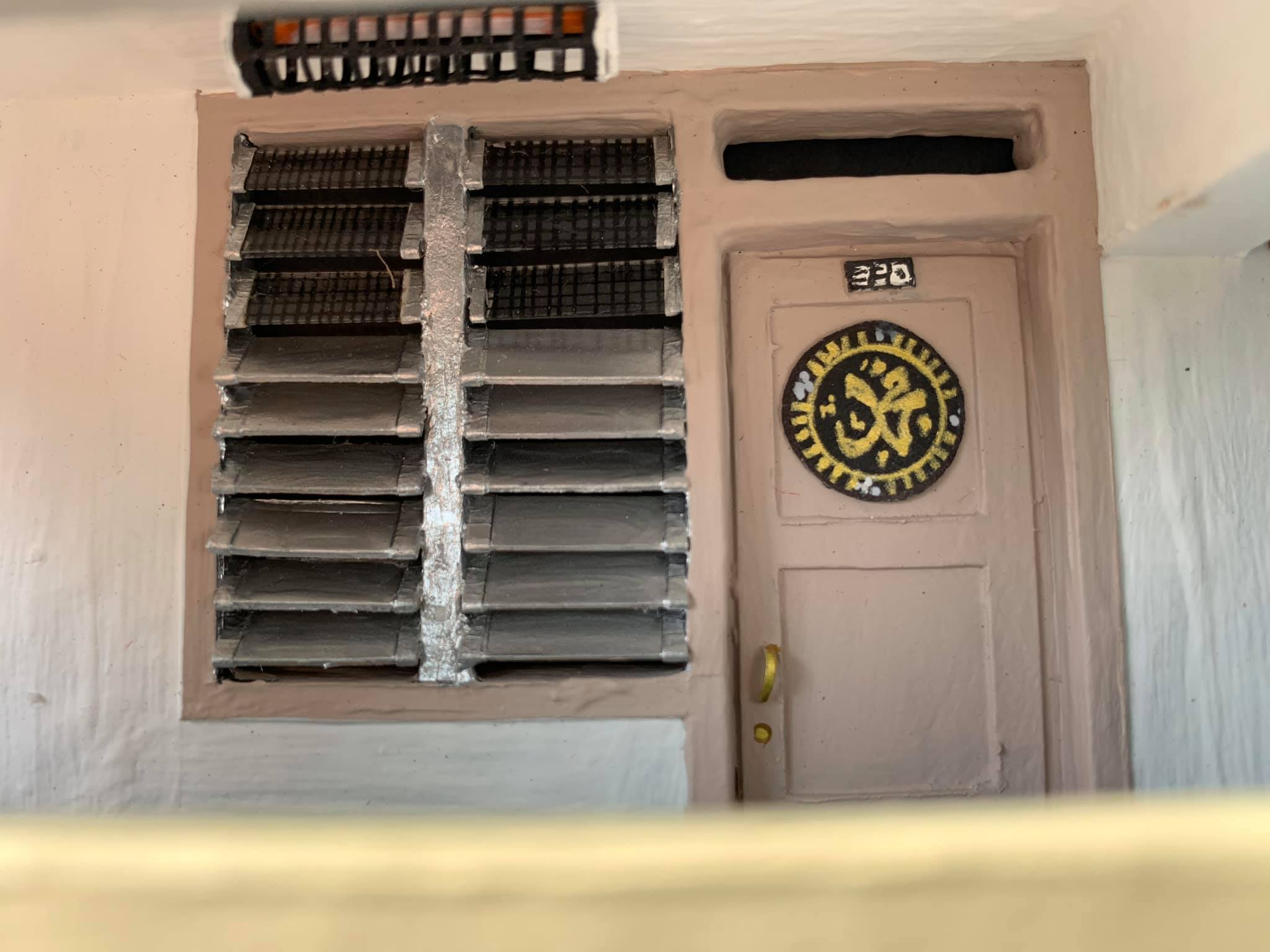 Outside this unit ‘decorated’ with childish scribble, there is also a cross – the symbol of Christianity – on the door. 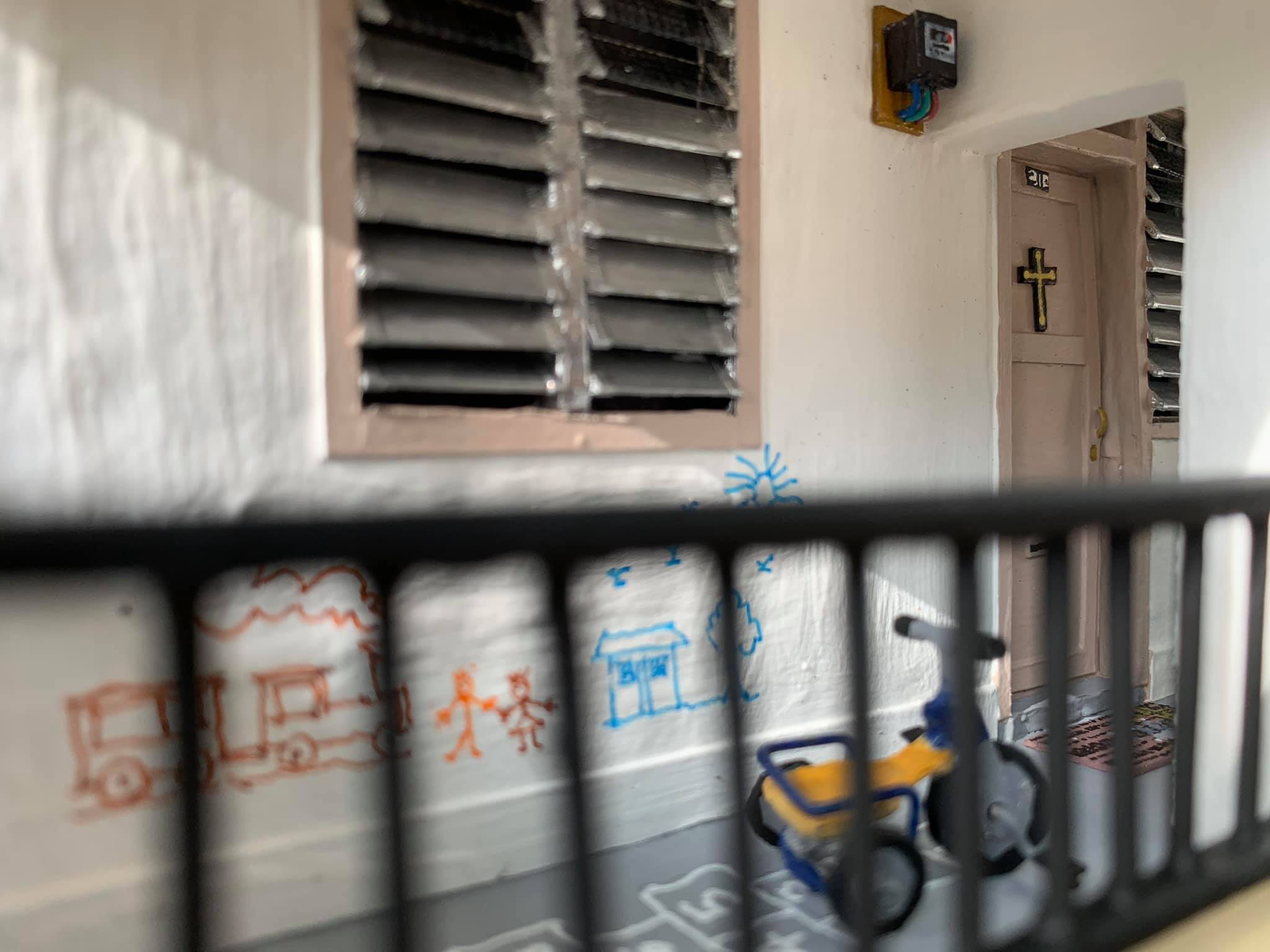 A Chinese household has stuck the character “double happiness” meant for weddings on their door, indicating the joyous occasion that’s about to happen. 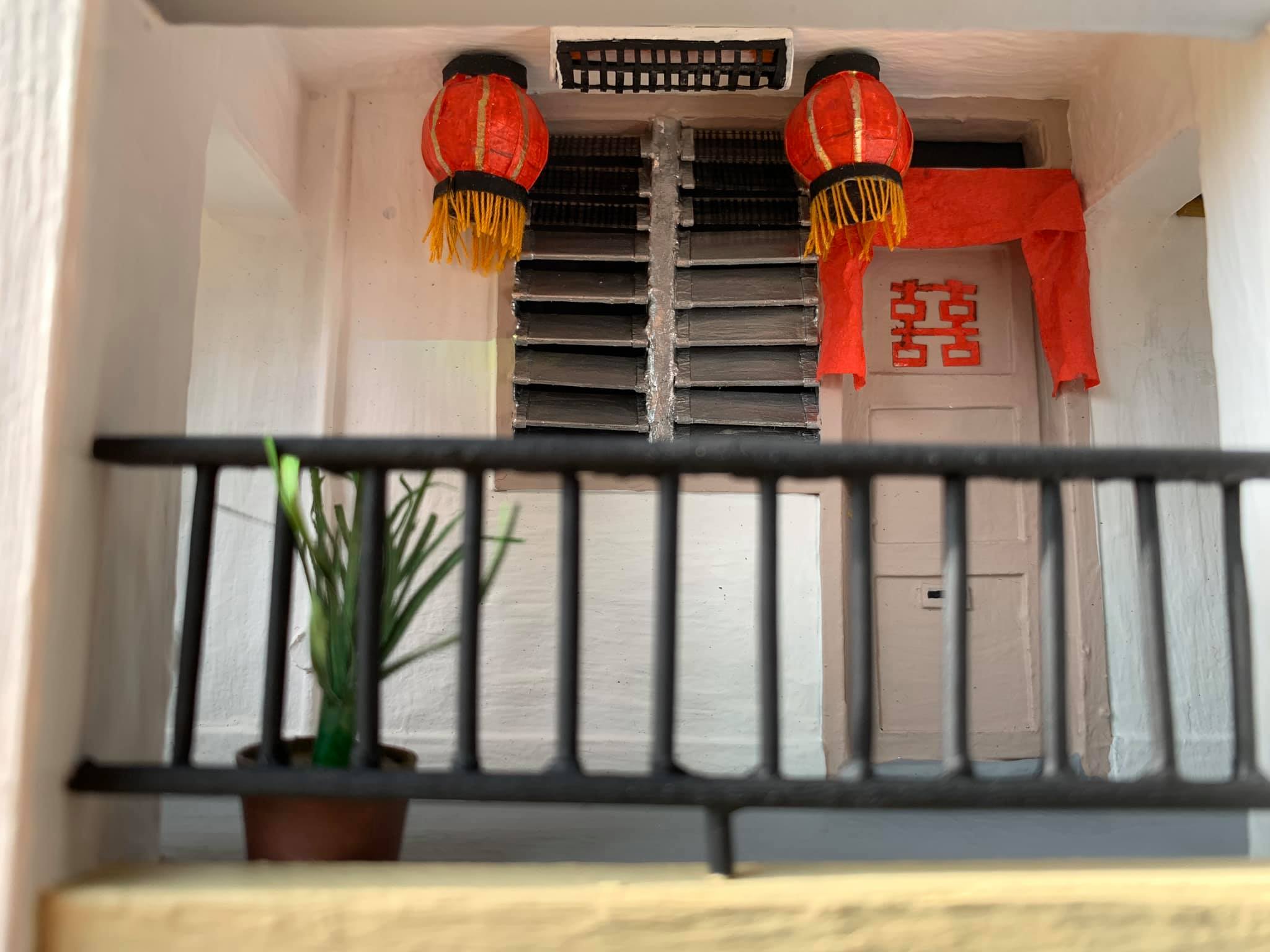 This included creating a small tricycle and hopscotch, vital parts of children’s playtime. 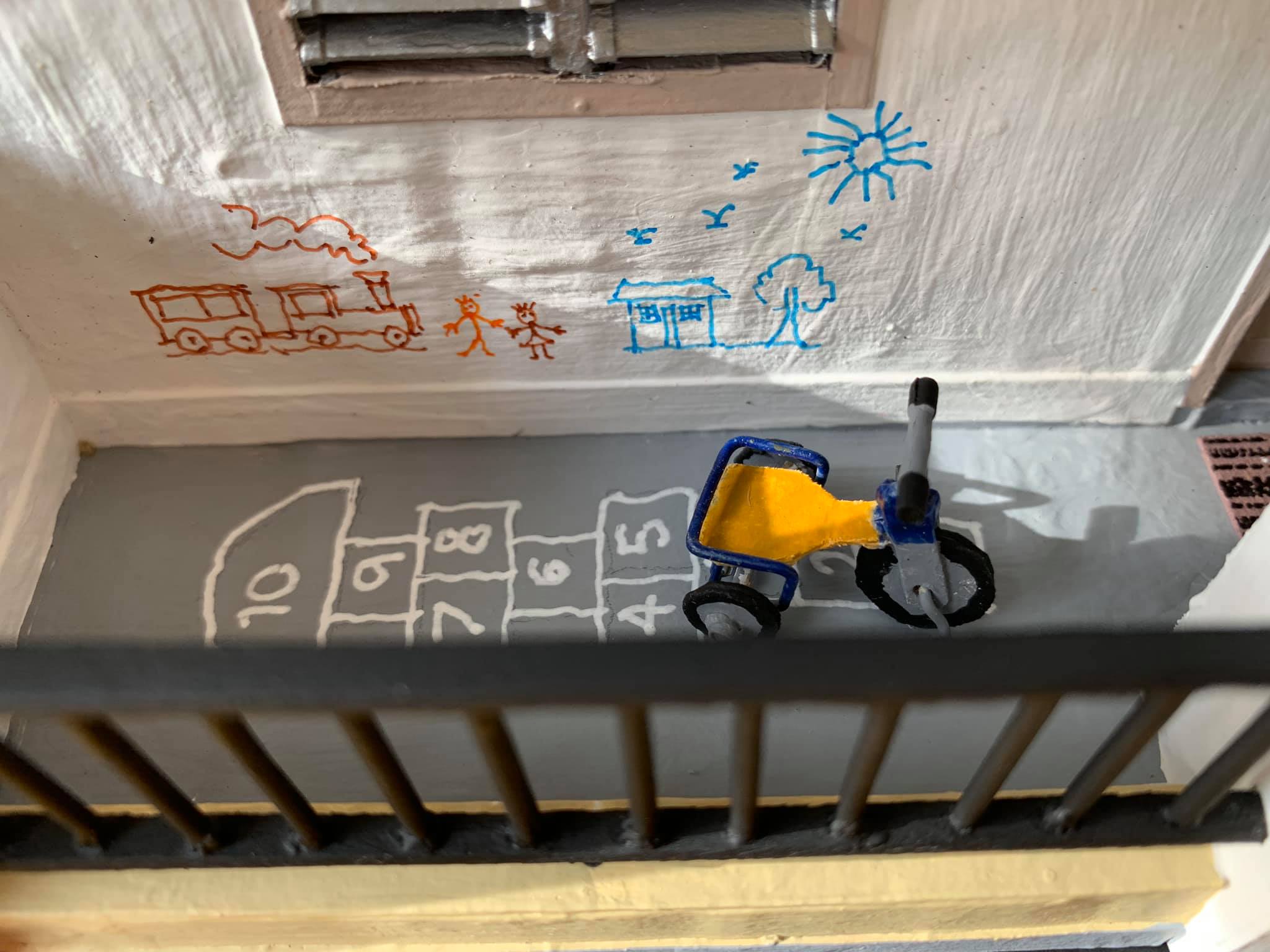 Another common sight that we see even today — hanging laundry to dry in the corridors. 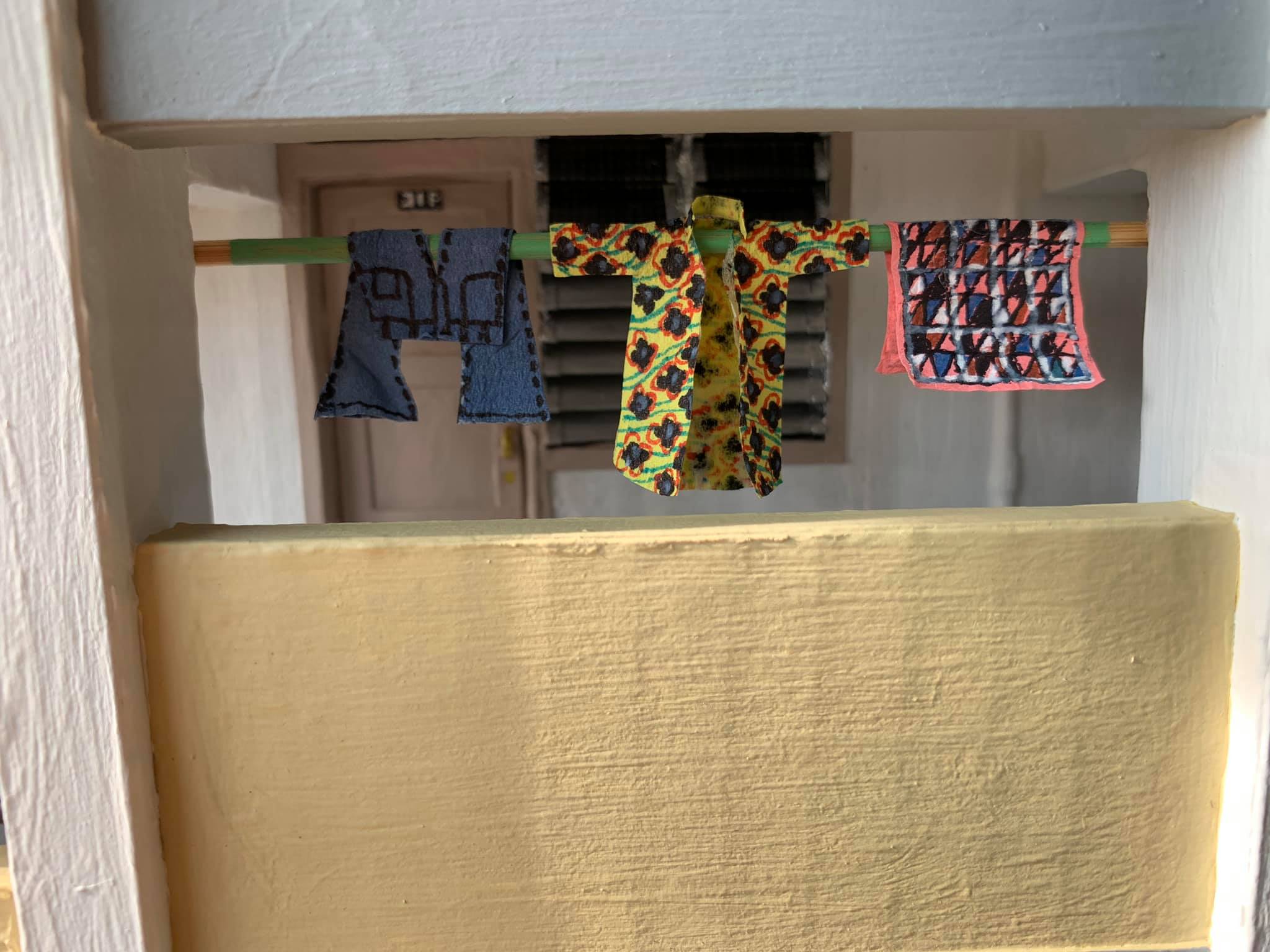 The shoe cabinets that stand along our corridors were also given a feature. 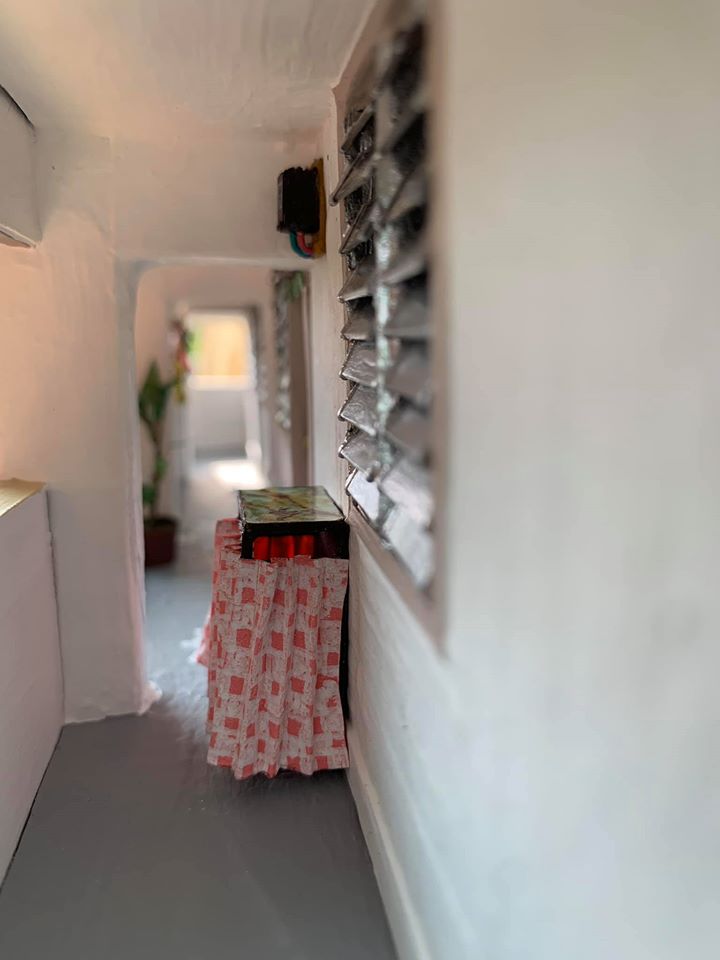 Mr Cheah shared that this model is recreated “solely from the recollections in my [his] mind”. This rental flat block was home for Mr Cheah and his 6 other family members.

Above all, it was home for all his neighbours too. Regardless of the differences in age, religion and background, they shared good times.

All of Mr Cheah’s details were also part of his main aim to “infuse the lifestyle, the culture, the habits, the lost emotions and memories…”, he said in a follow-up post.

However, the most important thing was that it evoked precious memories for those who shared this experience.

Needless to say, many netizens were amazed and touched by the lifelike replica.

A netizen even said the model should be displayed at the National Gallery.

Mr Cheah is selling the model but will donate it to the gallery if they will accept it.

Regardless of what happens to the model, it is great to take a walk down the HDB flats along memory lane.

What is your favourite part of the 60s-style HDB model? Let us know in the comments below.