S’poreans Studying In Cold Storage On A Sunday Is Proof That We’re Study Level: Asian 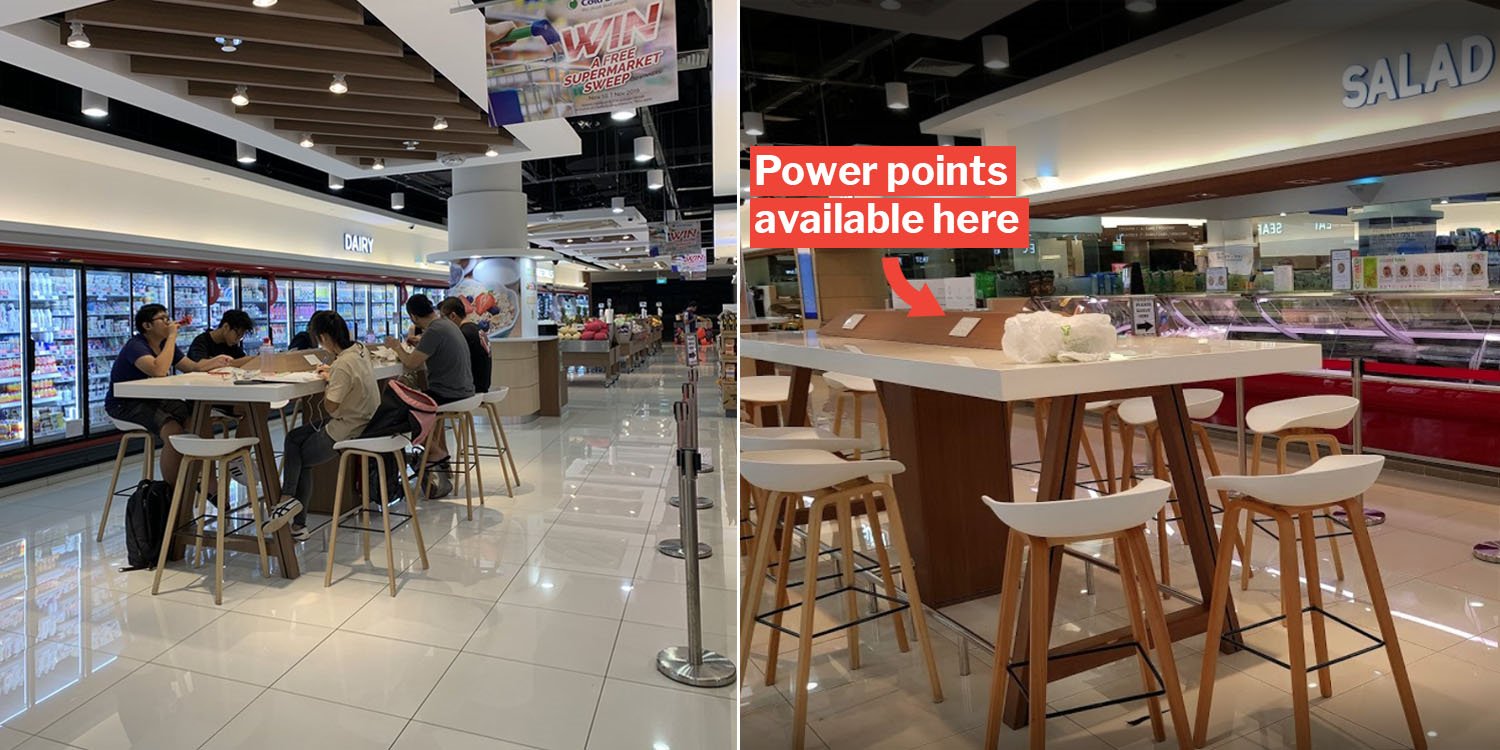 Guai S’poreans Seen Studying In Cold Storage On A Sunday

Ah, Sunday. AKA the day to chiong everything you’ve been procrastinating over the weekend.

That desperation, combined with the resourcefulness of Singaporeans, has resulted in an amusing scene – Singaporeans are allegedly resorting to doing their work in the most random places.

By random, we mean even supermarket aisles, like a group who chose to study at a Cold Storage outlet on Sunday (22 Sep).

BBC News Journalist Tessa Wong tweeted this photo on Sunday, which was the epitome of Singaporean student culture. Students huddled over a common table, with their books and foolscap papers, writing away. In the middle of a Cold Storage outlet.

According to Tessa, this scene occurred at the Cold Storage outlet at Fusionopolis.

The ‘s’ in Singapore stands for study

Singaporean students are known to study just about anywhere, as long as there is air-con, power points and free WiFi.

Popular places like public libraries fill up pretty fast during peak exam season and are strict about bringing food and drinks in. So those who can’t study without taking a snack break every 15 minutes will probably camp at a fast food restaurant or cafe. Starbucks study sessions, anyone? Cafes provide the much-needed caffeine boost that students need to power through their content and also sell snacks that they can enjoy when the sian feeling starts to set in. Most importantly, you won’t be shushed when you have to ask your friend questions about work.

Just don’t hog the seats through the peak hours, and give up your table like Singa the courtesy lion would.

Without a doubt, the most iconic place for Singaporean students to study at is our world-famous Changi Airport. With 4 terminals and a newly-opened Jewel, students are spoilt for choice when it comes to choosing a place to study. But of course, not all of us are atas enough to afford a $6++ beverage just to have a space for a few hours of studying. So the cool, shiny floors of the airport will do too. Studying on the floor may not appear to be the comfiest option, but there’s no success without struggle, right? Anything for the straight A’s. Just don’t go sneaking into a school that you don’t attend and steal the students’ studying spots. You wouldn’t want to get into trouble with anyone there.

But of course, if comfort is key to scoring those top student results, there are alternative spaces you can study at.

Launched just last year on 23 June, HubQuarters at *Scape has a holding capacity of 120 people and is equipped with WiFi. Power plugs can be found under the tables for those who need it. HubQuarters’ opening hours are from 9am to 9pm from Monday to Saturday only.

We’ve all been mugger students before… be it closeted or not. We can and will ‘mug’ just about anywhere as long as we can efficiently get our work done.

While this drive stems from the pressure of achieving good grades, our health is more important. Do take breaks from time to time and remember that this is just one small part of what life is.