Must Share News – Independent News For Singaporeans
Home Current Affairs Education Single Dad In Hougang Seeks Books So Son Can Be An Architect,... Every child has a dream, whether it’s to be a singer, firefighter or footballer, and sometimes parents crush your dreams by saying “no, you have to be a doctor”.

Sometimes, though, a parent decides that he wants to do everything he can to cultivate his child such that he can fulfill his dreams, and it’s touching to behold.

One father for some reason has to bring up his son by himself, but despite that wants his son to have no obstacles in doing what he wants to do.

Thus, he stuck a simple note in Lasalle College of the Arts, asking for help or resources as his 10-year-old son wants to become an architect. 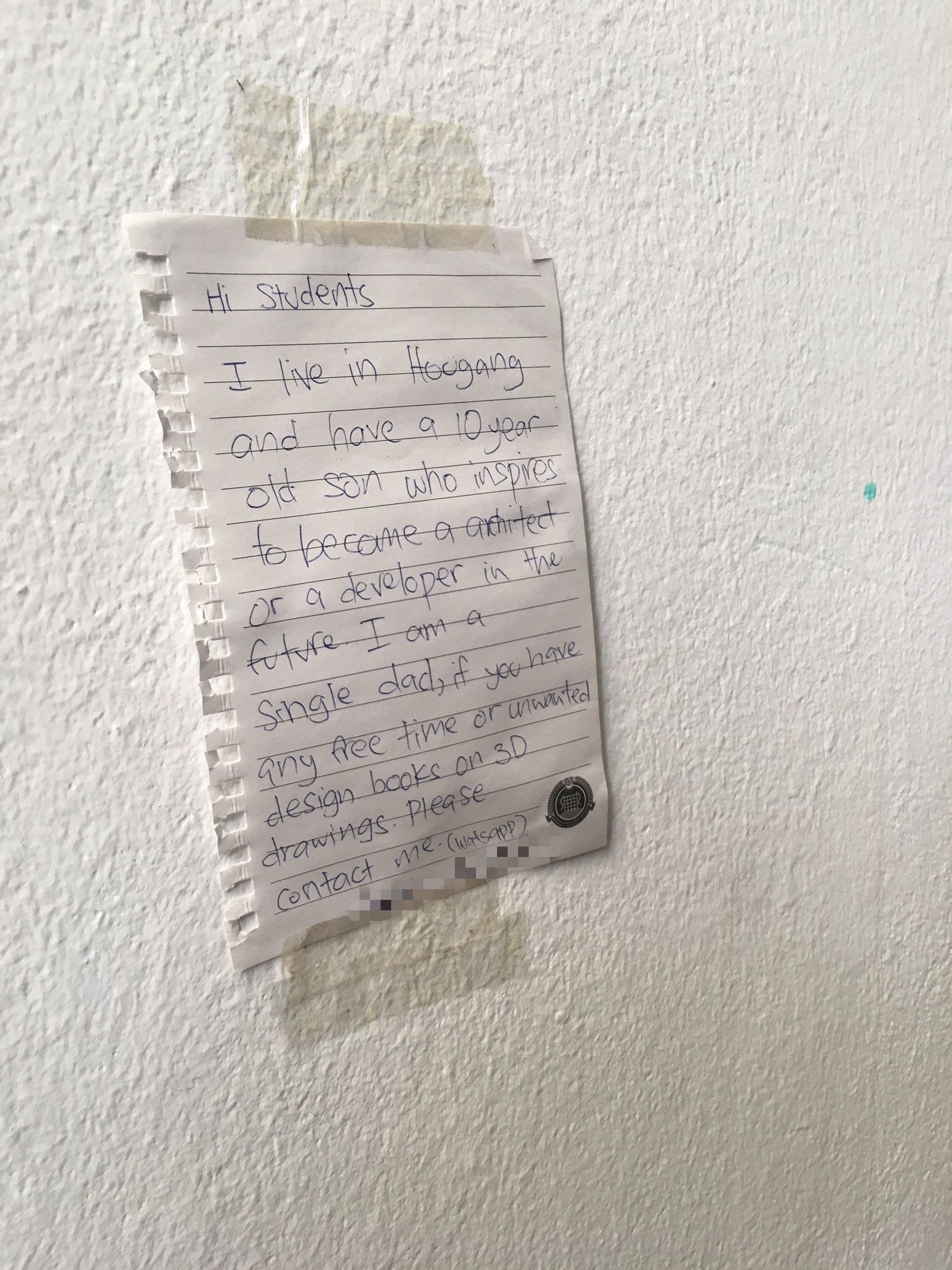 Lasalle student @maccasbtre saw the note at the water cooler, near the school’s Singapore Airlines Theatre, and was clearly touched.

The tweet has already been shared more than 2,400 times.

She wasn’t the only person who posted the note, too. Another user @dz4kir also shared it, hoping to help the kid have a bright future.

Thanks to the power of the Internet, the single dad has already been contacted through the WhatsApp number he left on the note.

He told The Asian Parent that as of Friday (11 Sep), he’s received “more than 100 offers for books and resources”.

Boy had passion for buildings since young

According to the father, who didn’t want to reveal his name, his son Gabriel’s interest in buildings started when he was young.

The boy would visit condominium launches to look at building models, admire 2D and 3D drawings of buildings, and watch videos on the topic on TV.

The father would even bring him on walks around private estates to look at the architecture of the houses there. 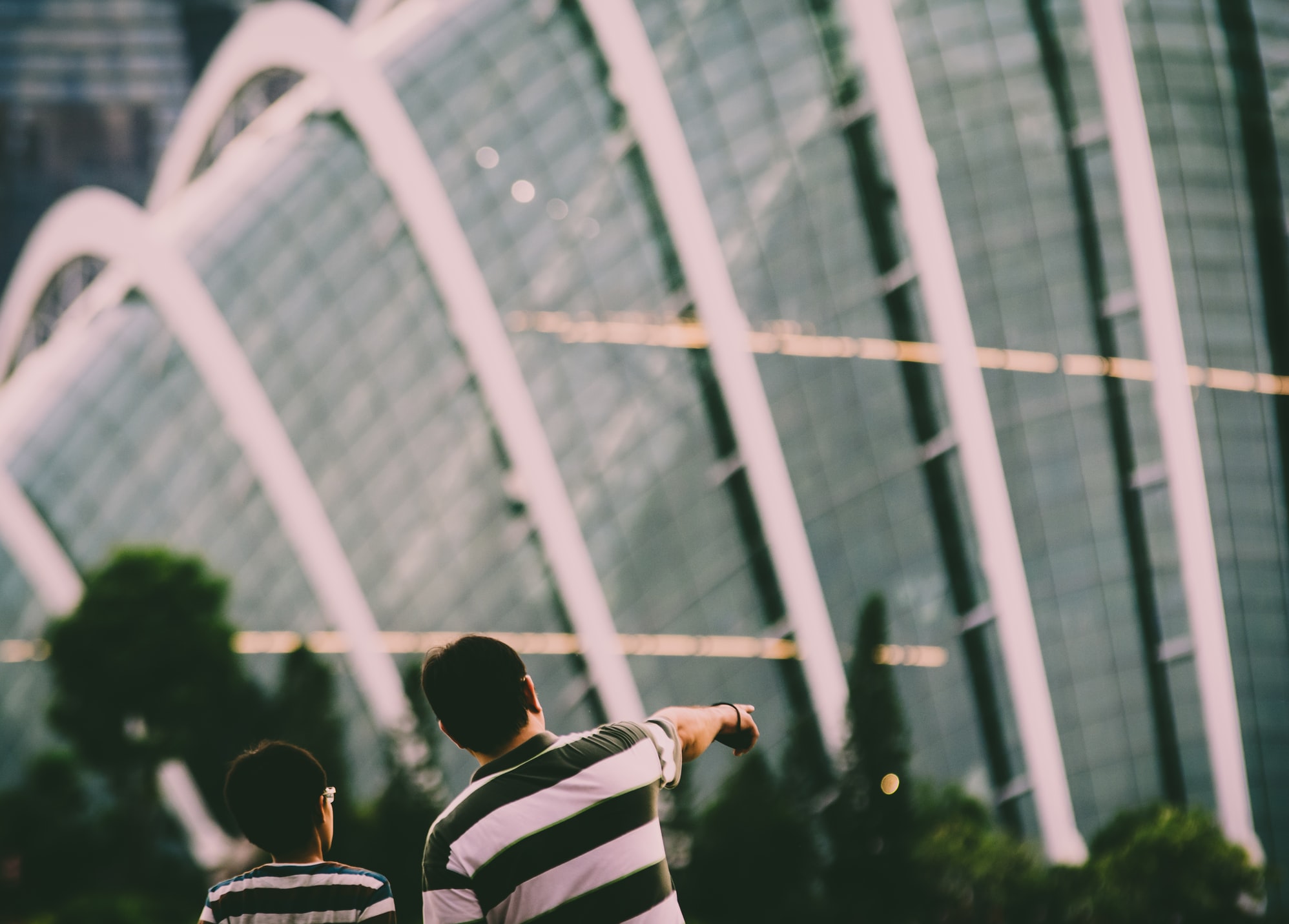 The father recalled an incident when Gabriel spent $1,600 on a game where he could build farms and cities.

Thankfully, the father manged to get the money back.

However, from that incident, he realised that his son was really passionate over architecture.

Dad not in related field

However, as the father isn’t in a related field, he might not have known where to start to support the boy in his interests.

According to The Asian Parent, the father has a degree in environmental safety and a diploma in mechanical engineering.

Although he may be able to afford to buy his son some books, he said needed more info on architecture before taking the plunge.

He added, as quoted by The Asian Parent,

Any parent no matter in what situation, will save on their own spending to give the best… [for] their kid to guide them to becoming successful people. 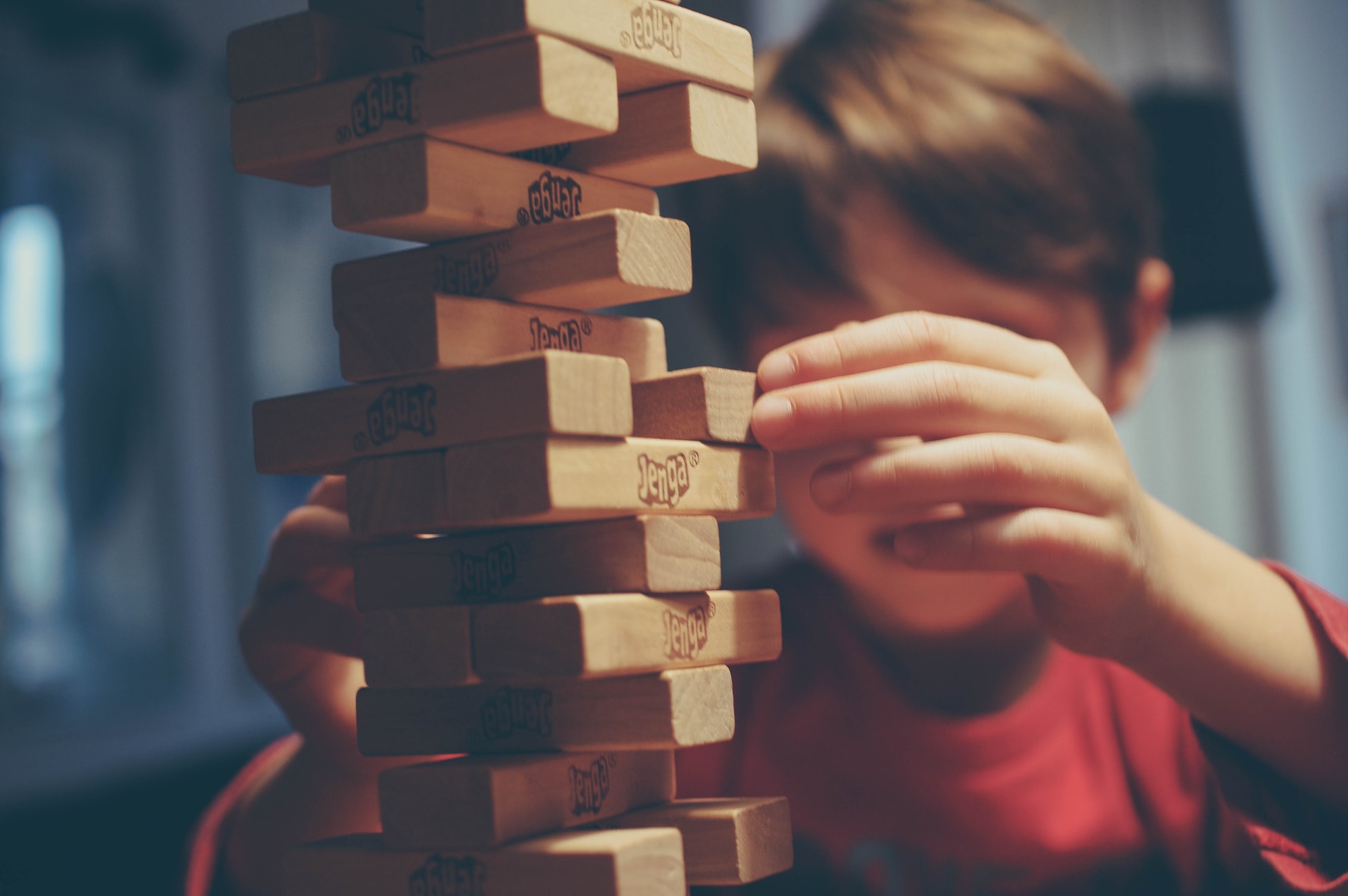 Because his son has only 1 parent, the father feels that his son has a “disadvantaged background”.

But that doesn’t mean the boy can’t grow up to have an impact on the lives of other people through architecture — by designing homes that are practical and affordable.

So he dreams that Gabriel will fulfill his passion of going into the fields of architecture, civil engineering, urban planning, or app development.

And he hopes that as a father, he can help guide his son in doing so. In order to do that, he will spend as much time as possible with the boy.

He’s also grateful for the offers he’s received so far, saying that it makes him realise that “there are still good people in the world”.

Touching love of a father

The father’s obvious love and support for his son is simply touching.

Many people think a mother’s love is always the greatest — we think he’s really doing a good job of being an inspiration to fathers everywhere, and proving that dads can have great love for their children too.

We wish them all the best in their future, and hope to see the boy grow up to become a person who touches people’s lives.