No fruit in the world is as polarising as durian — those who love it worship it while others who loathe it would stay as far as possible from the fruit.

Though durian is a common delicacy in Singapore, those in other countries might find its scent unfamiliar and difficult to bear with.

On Friday (15 Oct), firefighters in Australia cleared a shopping centre due to a suspected gas leak. However, upon investigation, the authorities found that durians were the source of the commotion. 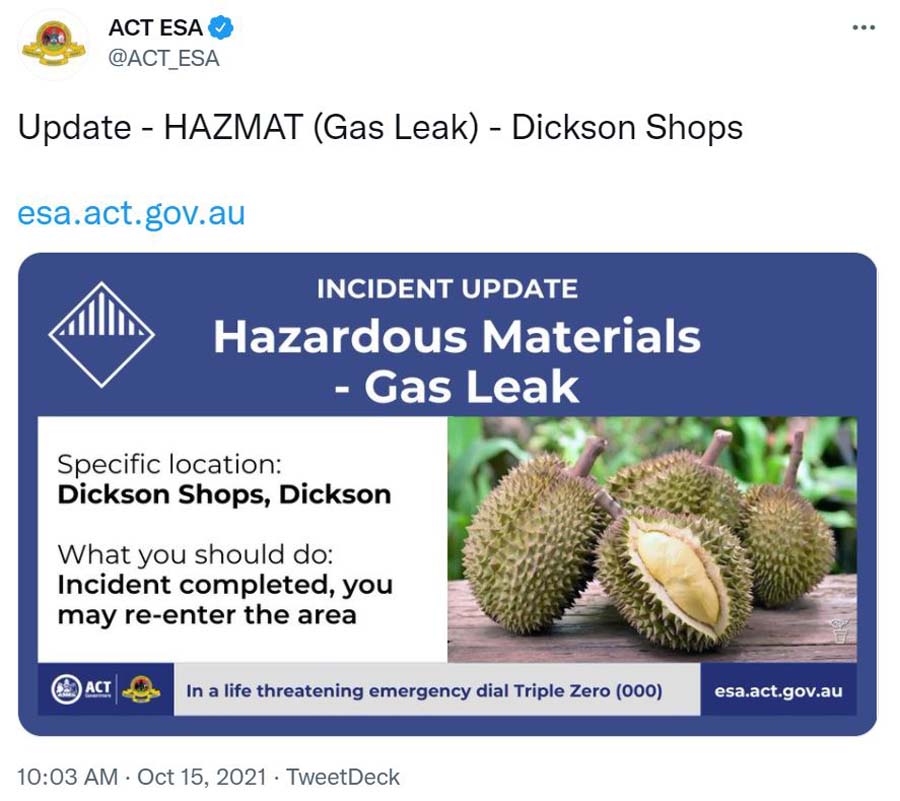 Here’s how our beloved durians went from being loved to deemed “hazardous materials”.

Last Friday (15 Oct), firefighters from Canberra, Australia responded to a reported gas leak in the suburb of Dickson.

Upon arriving at the scene, the entire squad, clad in hazmat suits, tried to identify the location of the gas leak. 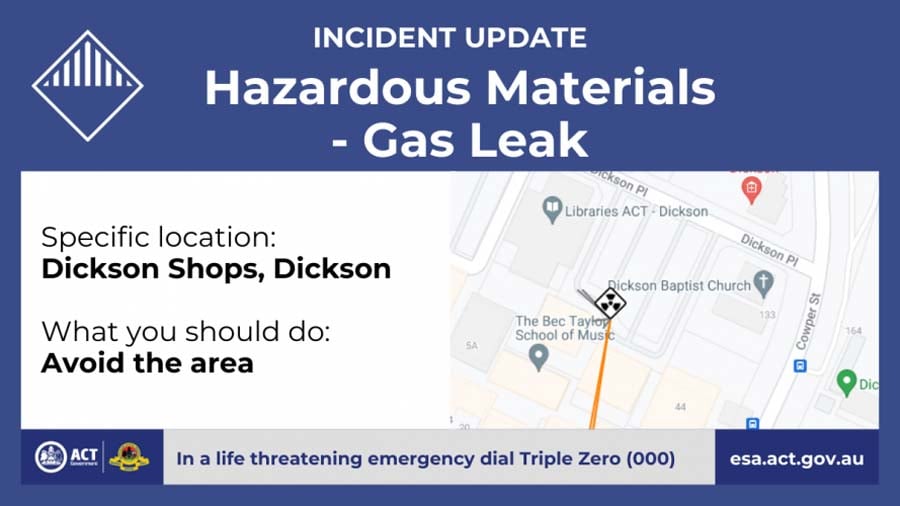 In the meantime, members of the public were told to steer clear of the area.

An hour later, firefighters found that there was no gas leak in the area and that the source of panic were merely durians. 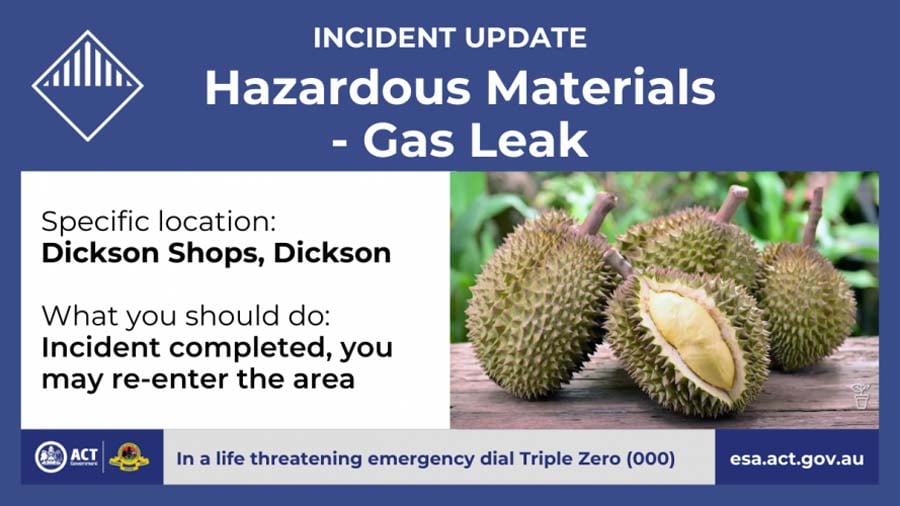 Apparently, a tenant suspected that this was the case and notified the firefighters. The fruit’s smell was so pungent that it wafted through the air.

Not long after, firefighters called off the search and confirmed that the gas leak was only a false alarm.

Though many know about the polarising nature of durian, they were still taken aback by the overreaction caused.

This netizen isn’t a fan of durians too but thought sending the hazmat team was overkill.

On the other hand, there were others who find durians delicious despite how pungent it is.

Not everyone is familiar with durians

The King of Fruits might be a familiar delicacy in many parts of Asia where it’s native. But in other countries, that might not necessarily be the case.

Hopefully, the incident will spark Canberra residents’ curiosity and will get them to try durians for themselves — hopefully without having to call for the authorities.