Snake Slithers Down Hougang Canal, Netizens Concerned About Its Safety 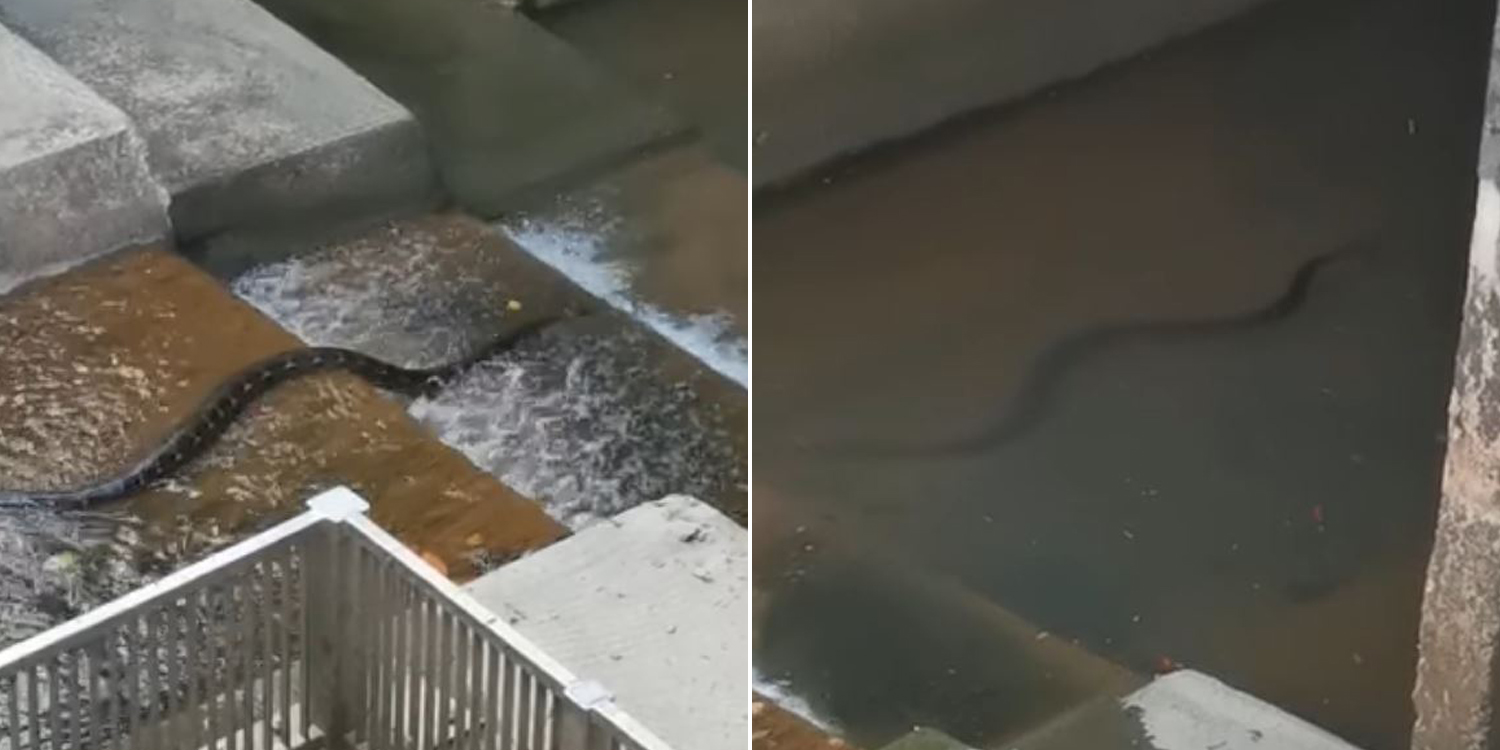 Hope it manages to get out safely.

Due to the rapid urbanisation of Singapore, we’re no stranger to wildlife sightings in drains, homes, and public places. Yet, despite the numerous snake sightings we’ve heard of, it seems reptiles still end up in places we’d least expect.

On Thursday (10 Jun), a video of a snake slithering down a canal was uploaded to the Nature Society (Singapore) Facebook page. 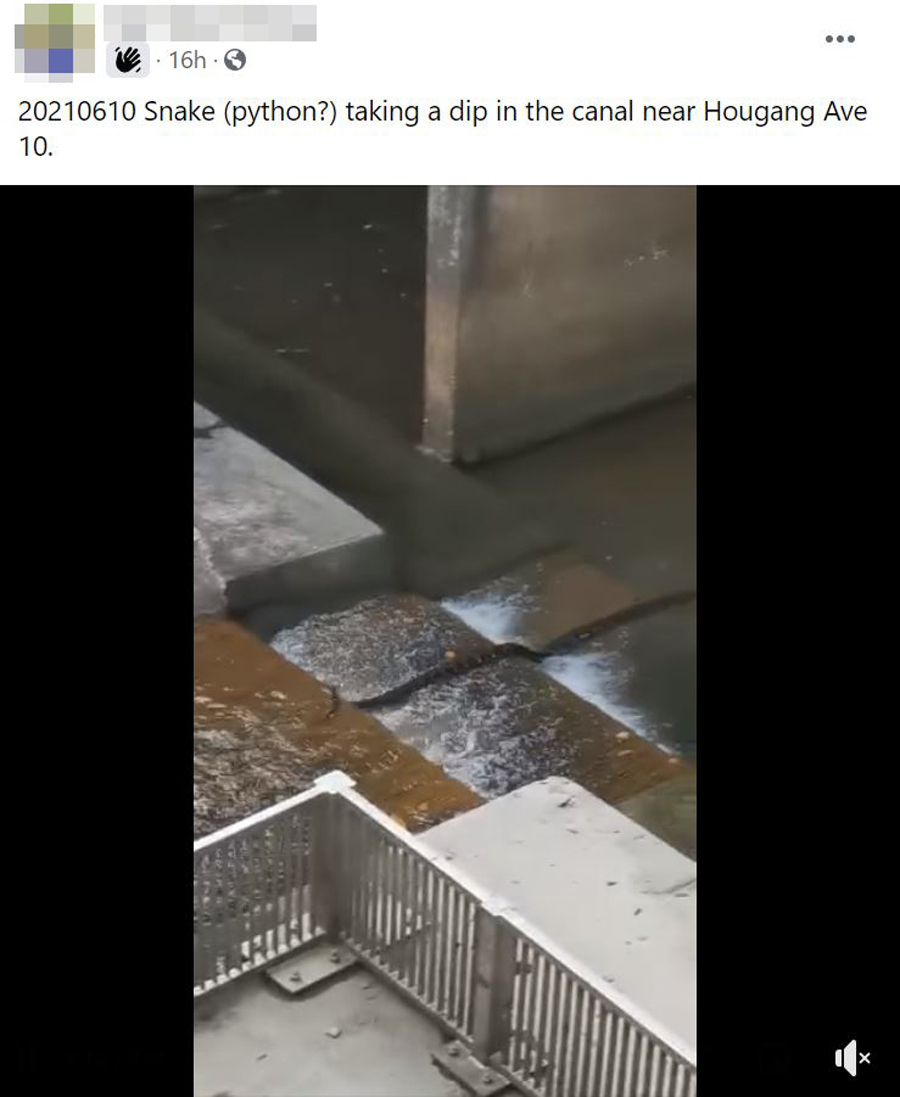 All snakes belong in the wild, but netizens are concerned about whether this one can return after slithering in the artificial waterway.

In the clip, the snake is seen slithering down some steps in the canal. 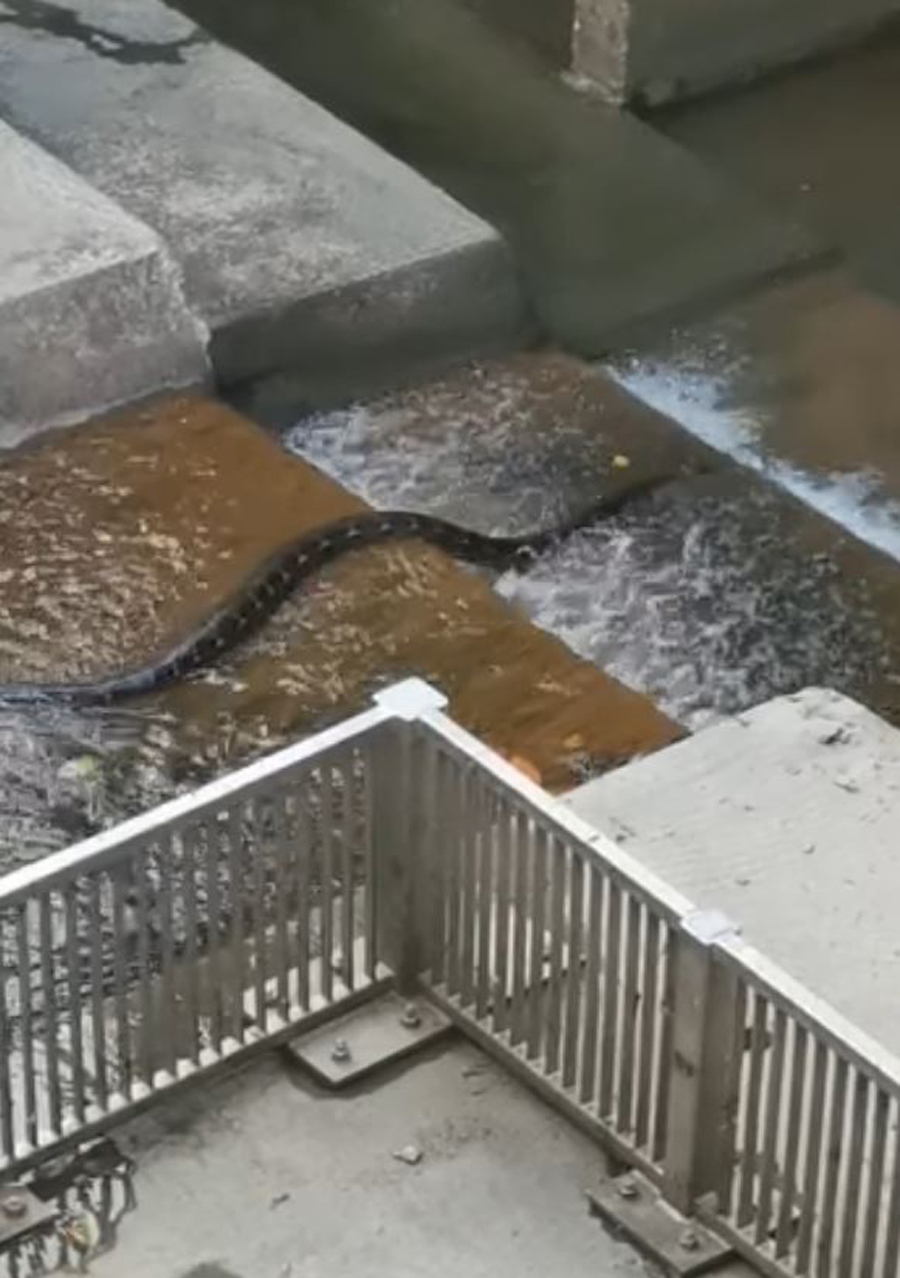 Eventually, it ends up gliding in the water upon reaching the shallow base. 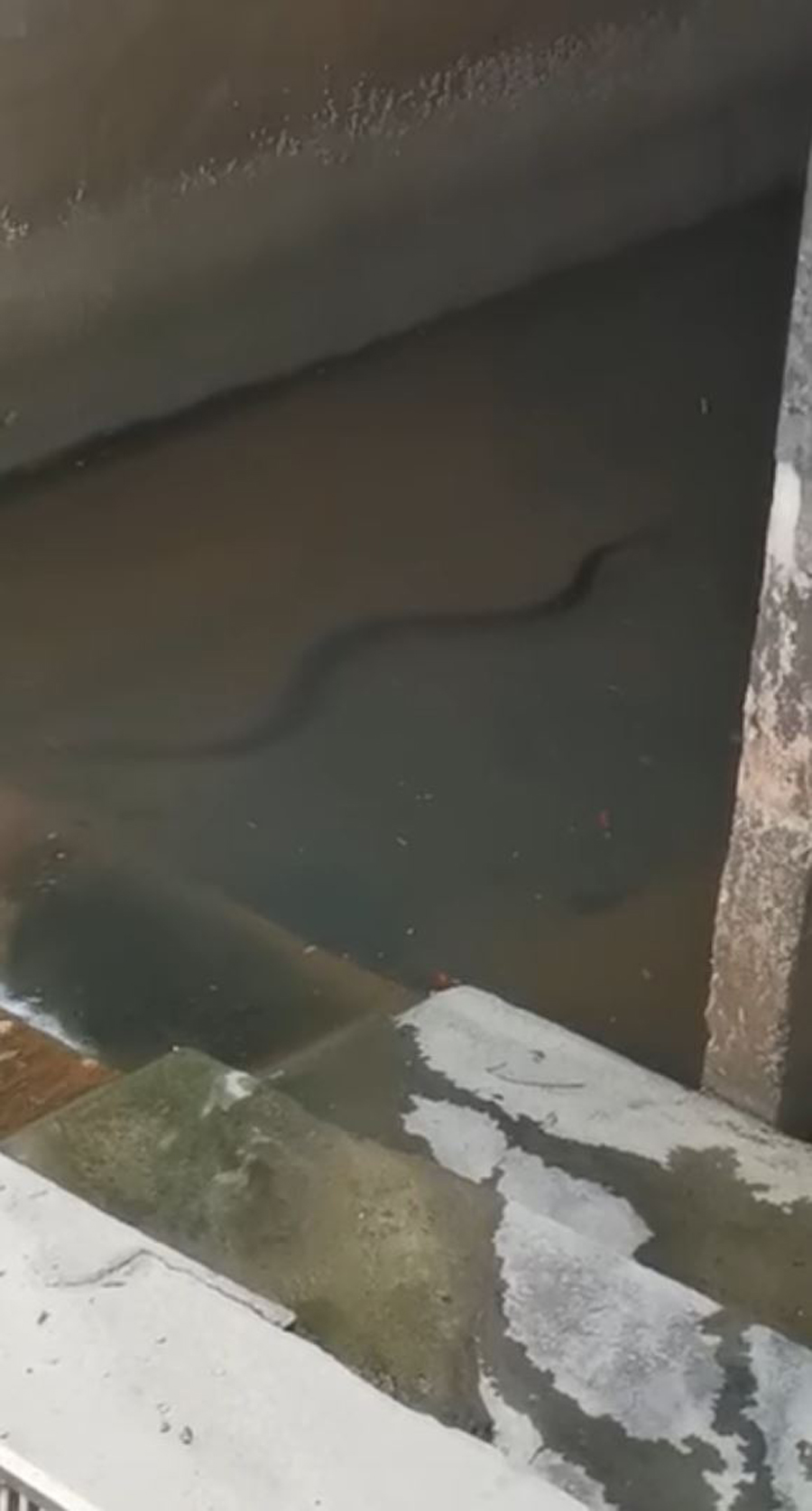 Replying to a comment, Ms Tan said that the snake had squeezed through the railing to reach the canal. She expressed her concern that it was headed towards an area known to have many monitor lizards.

Netizens concerned about its safety

Shortly after the video was posted, netizens chimed in with concerns about the snake’s safety.

One netizen hoped that the snake will be able to get out of the canal because the area can be dangerous for animals.

Another joked that maybe it can reach Mandai Zoo and apply for a work pass. Unfortunately, our urbanised city does not have a lot of places where it can wander.

An optimistic netizen believed that the snake will help control the population of rodents in the area. After all, we still need them for a balanced ecosystem.

Hope it can return to wildlife soon

The fate of the snake after it took a dip in the canal will remain a mystery, at least until someone spots it again.

Hopefully, it’ll be able to swim out and slither back into the wilderness.

That said, if you ever spot a snake, follow these tips from NParks. Avoid confrontation and contact qualified professionals who can deal with it.