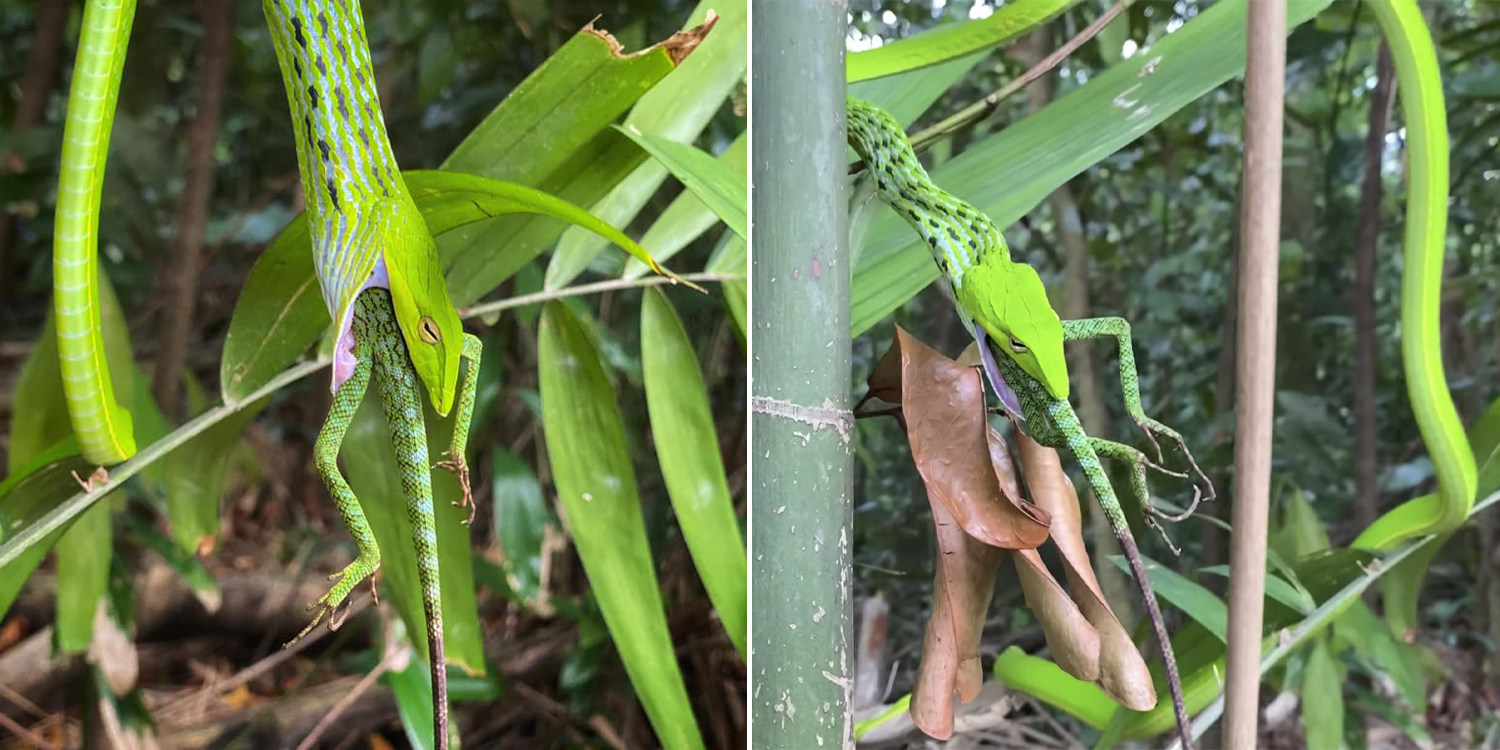 The reptile typically camouflages well against the greenery.

The animal kingdom is as magnificent as it is harsh. After all, scenes of predator feasting on preys are all part of the circle of life.

He then shared the Nat Geo-worthy moment he captured on Nature Society (Singapore) Facebook group. Sungei Buloh Wetland Reserve is home to some of Singapore’s most fascinating wildlife.

As a netizen was leaving the heritage park on Wednesday (17 Feb), he spotted something that made him stop in his tracks. 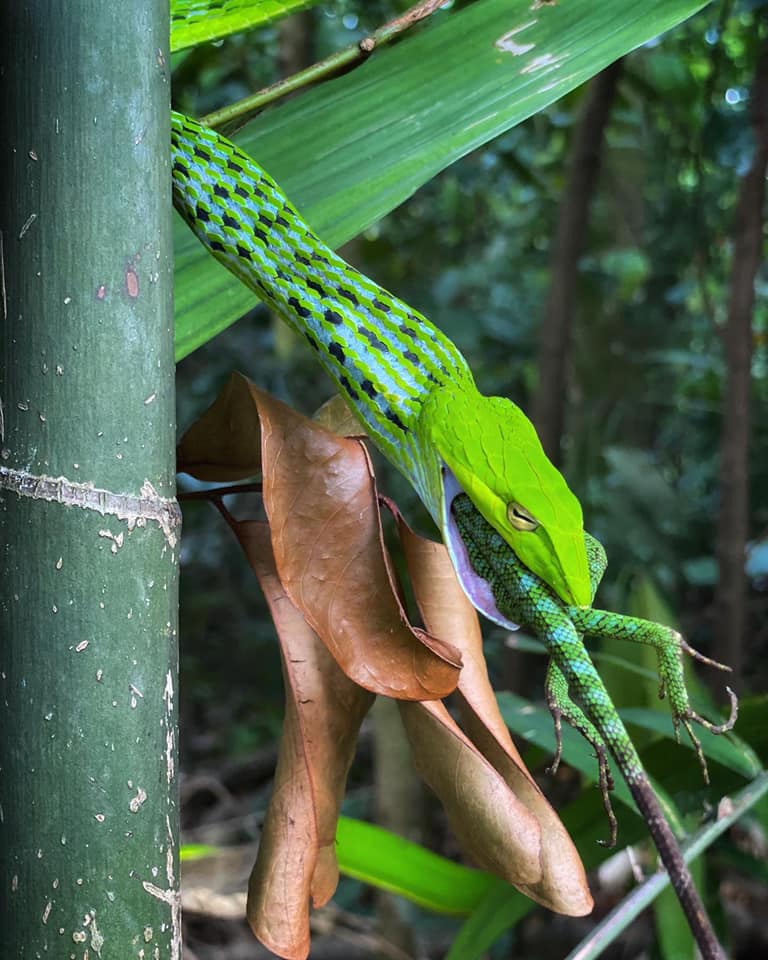 A bright emerald snake was feasting on a not-so-little ssssnack.

When he chanced upon it, the snake was already midway through, with only the legs and tail of the lizard visible.

The man captured the stunning scene of the snake gobbling down the lizard in HD quality.

It almost looks like a scene right out of a Planet Earth documentary.

He added that all the photos and videos he captured were taken from afar using zoom so he would not disturb or stress the snake as it feeds. 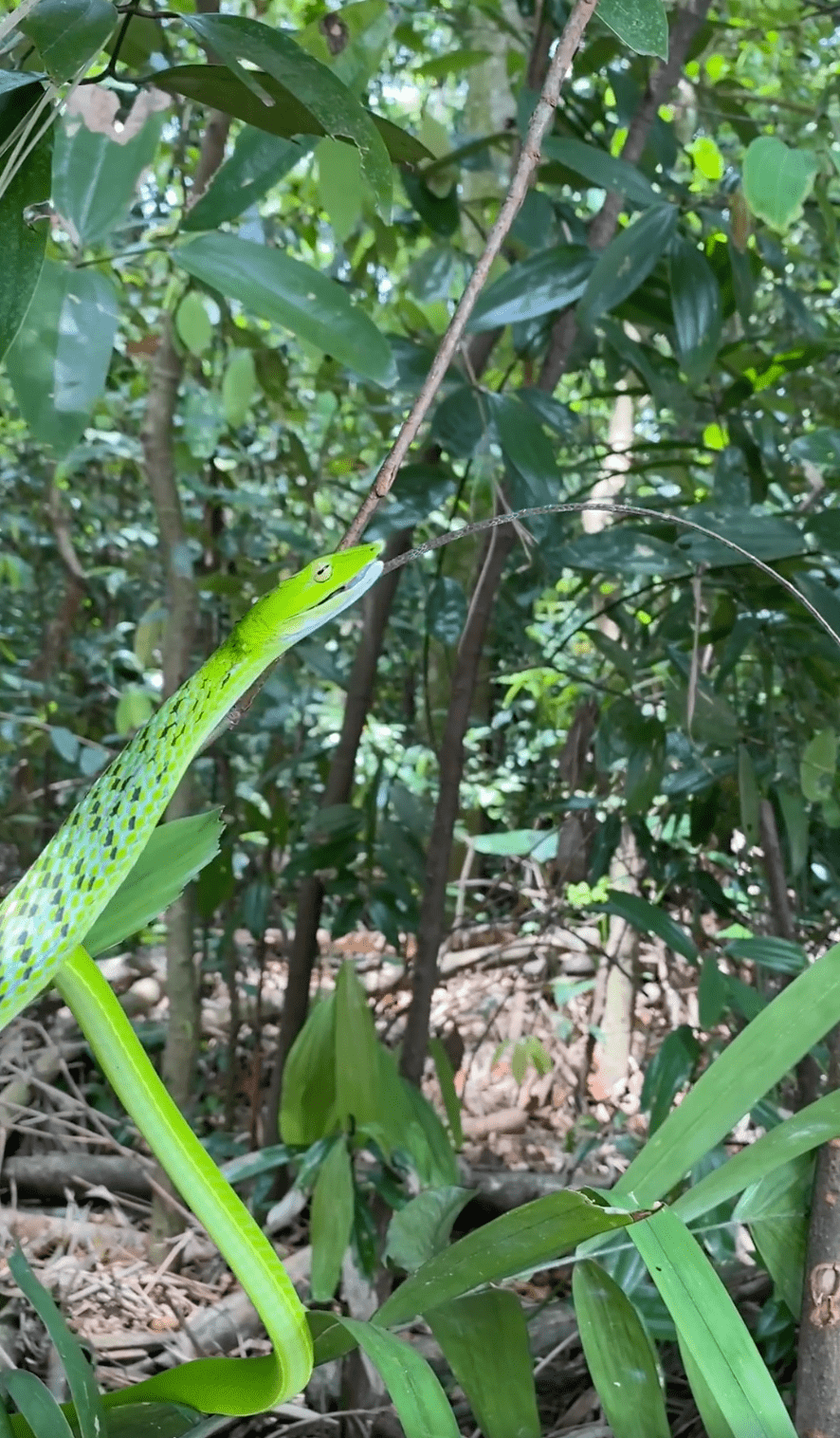 When the snake had almost swallowed the entire lizard whole, it then sneakily slithered up a tree, with the lizard tail still sticking out of its mouth.

In his Facebook post, the netizen shared that he believes what he witnessed was an oriental whip snake feeding on a green crested lizard.

According to National Parks (NParks), the elegant oriental whip snake can grow up to 1.9m long and is known for its slender body and pointed snout. 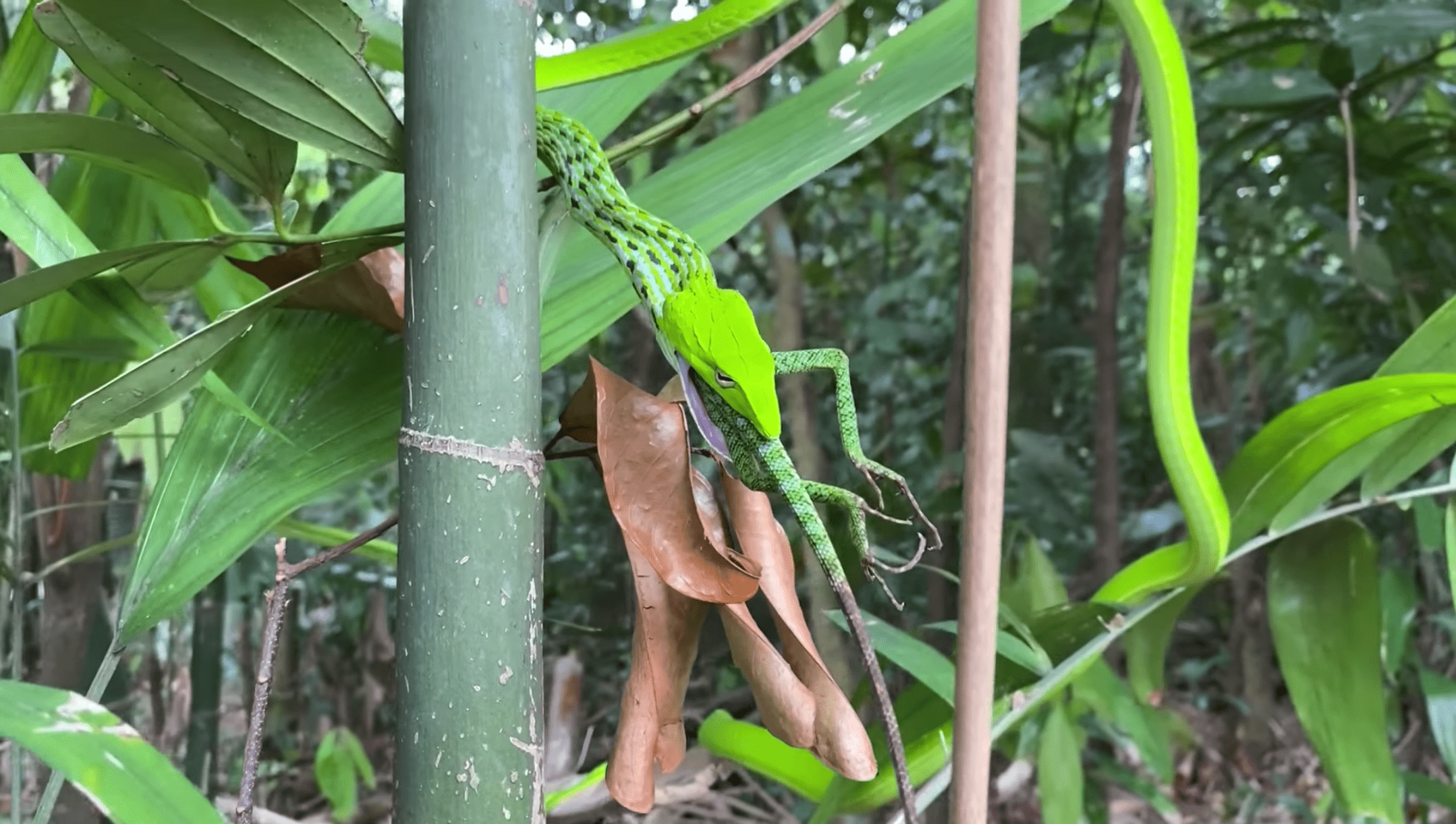 The almost fluorescent green snake lives in trees and bushes but usually camouflages well against it.

It is mildly venomous but is usually not aggressive towards humans, according to Wild Singapore.

Magnificent scene in the animal kingdom

What a once-in-a-lifetime opportunity to see such a magnificent scene unfold in front of his eyes.

We’re glad the netizen managed to capture the moment in such high quality for us all to enjoy.