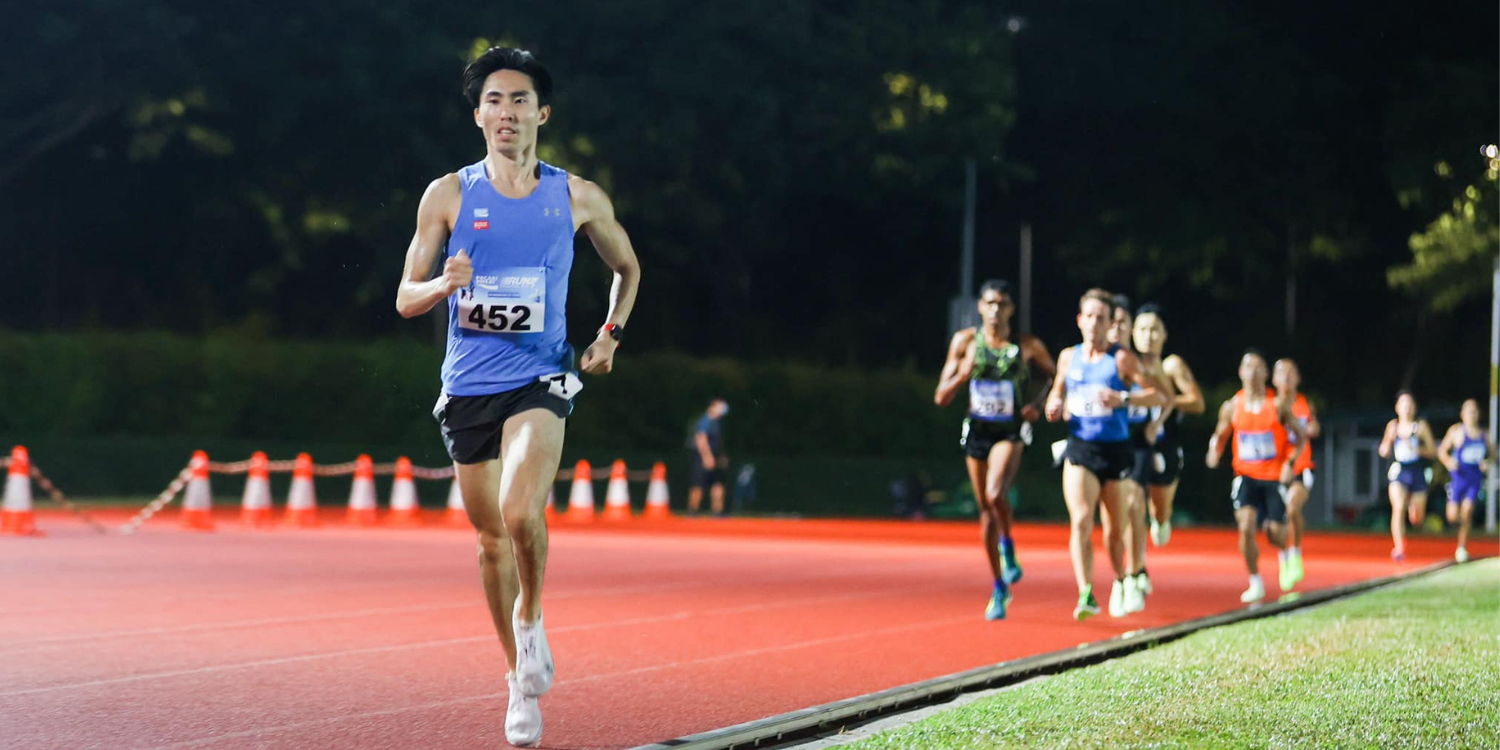 His 2nd apology to SNOC in about 8 months.

Soh Rui Yong Apologises For Disparaging Statements Against SNOC, Says They Were “Unnecessary”

Earlier in February, marathon runner Soh Rui Yong apologised to the Singapore National Olympic Council (SNOC) after he was snubbed from the SEA Games contingent. He conceded that he could’ve been more respectful and sensitive in expressing his views.

Nearly eight months later, Soh penned another apology to SNOC, this time for his past statements which may come across as disparaging towards the sporting body. Vowing not to repeat his actions, Soh also expressed interest in running for Singapore again and doing our nation proud.

On Thursday (6 Oct) night, Soh posted his second apology to SNOC in about eight months. 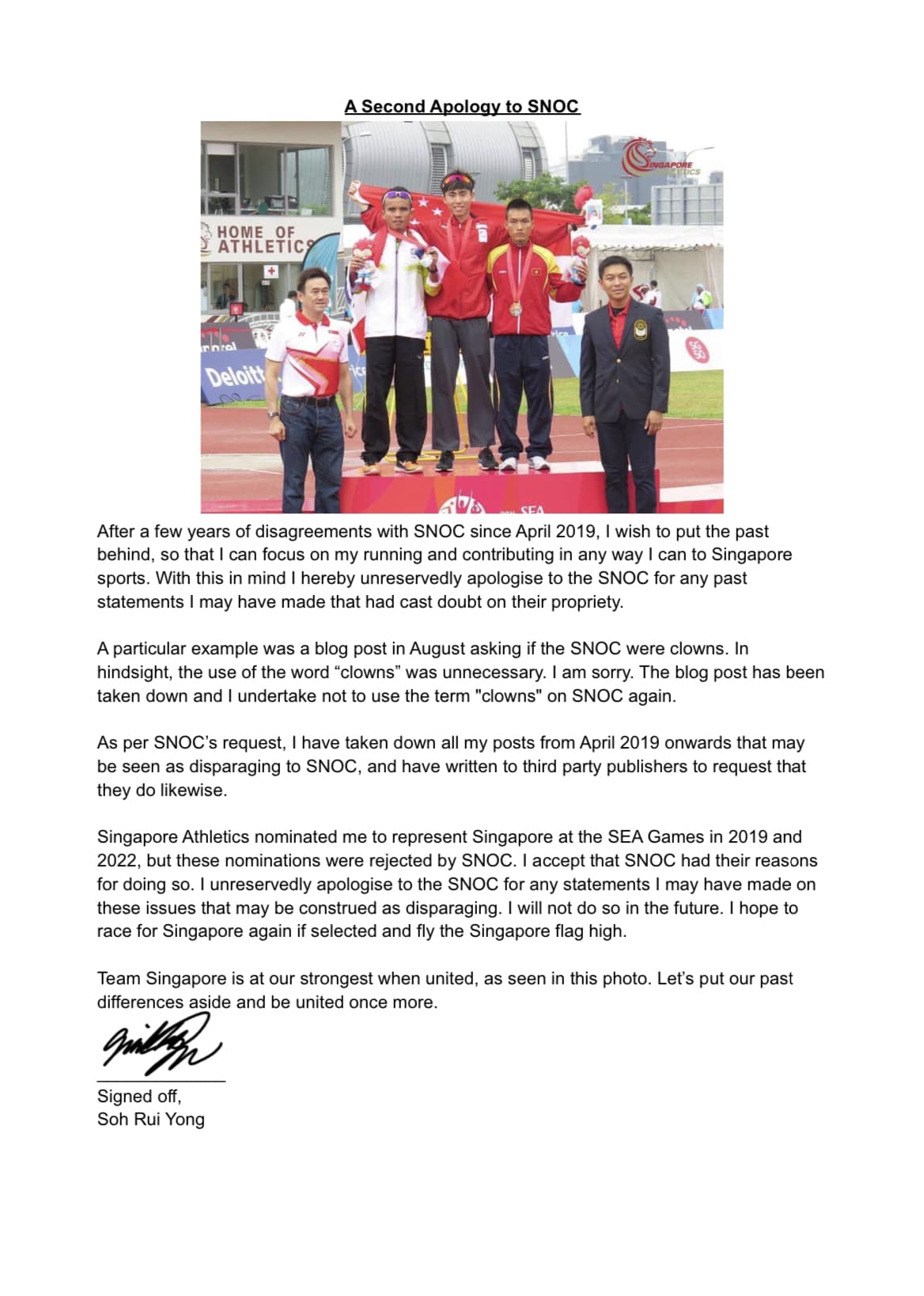 In the open letter, Soh said he wishes to put the past few years of disagreements with SNOC behind him so he can focus on running and contributing to the sporting scene in Singapore.

As such, he apologises “unreservedly” to SNOC for any past statements which might have “cast doubt on their propriety”.

One particular incident that he expressed remorse for was a blog post in 2019 in which he allegedly referred to SNOC as “clowns”.

Looking back, Soh said it was unnecessary of him to do so. He has since taken down the post.

He has also removed all his posts from Apr 2019 that may appear to be “disparaging to SNOC”.

Moving forward, Soh said he will not repeat such actions, and hopes to race for Singapore again.

Ending his post, Soh shared that Team Singapore is at its strongest when united. He further expresses his hopes that all parties will be able to put their differences aside and come together.

Writes to news outlets requesting for removal of posts

Besides his personal posts, Soh has also written to various news outlets requesting the removal of posts which may appear disparaging to SNOC.

MS News will not be making amendments or taking down any past articles as our reports have been deemed factual and objective.

We hope Soh and SNOC will be able to put their differences aside and work together towards greater sporting excellence in the future.