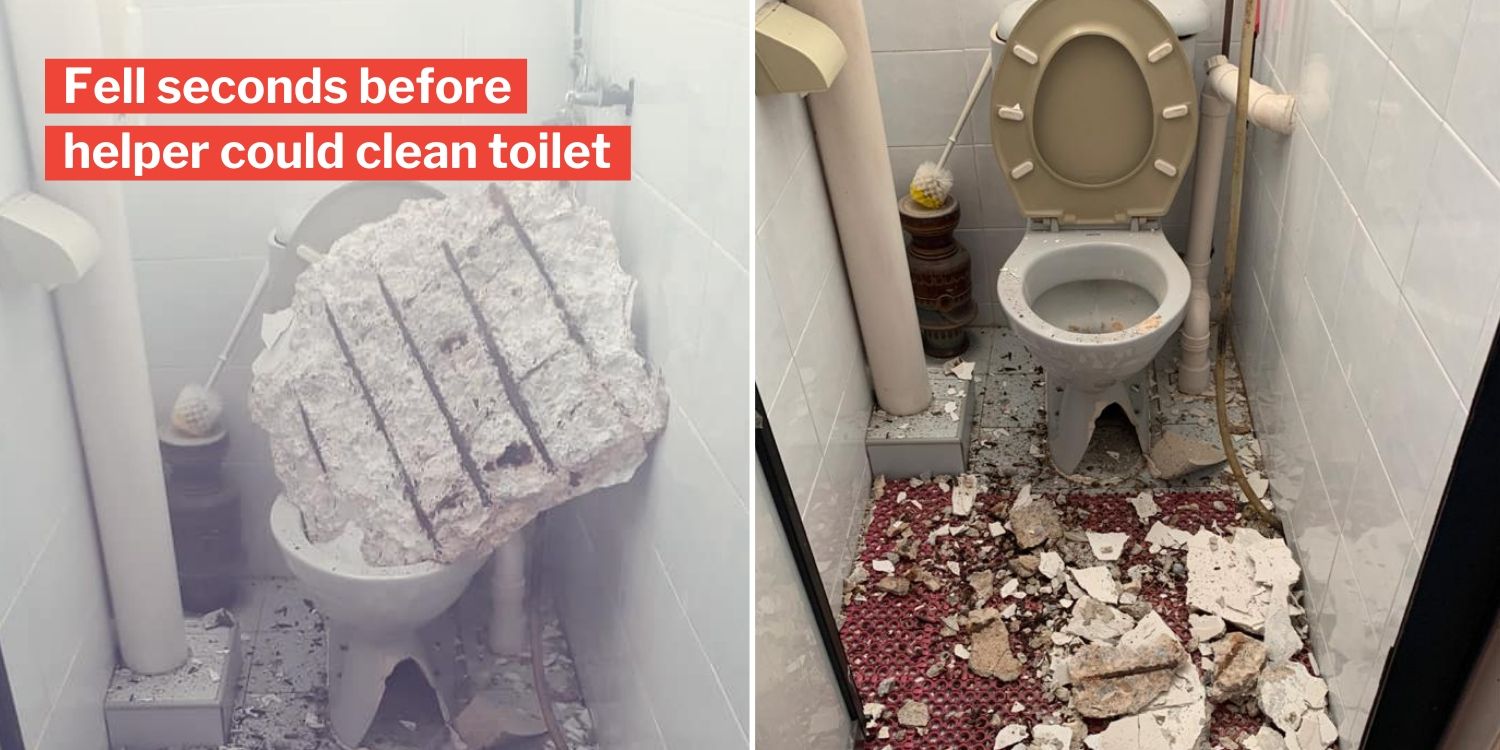 There are many situations in life when we narrowly escape death by just a few seconds. Some are fortunate enough to take a step back just as a car whizzes by.

For one domestic helper in her 20s, she avoided harm’s way just by being a few seconds slower, reported TODAY Online.

Just as she wanted to clean the toilet bowl, a huge slab of concrete broke off the ceiling and smashed it. 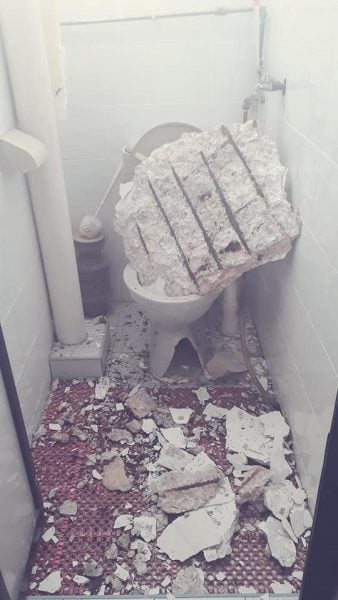 On Wednesday (26 Jan), Mr Alan Fu received a worrying message from the domestic worker in his elderly father’s flat. 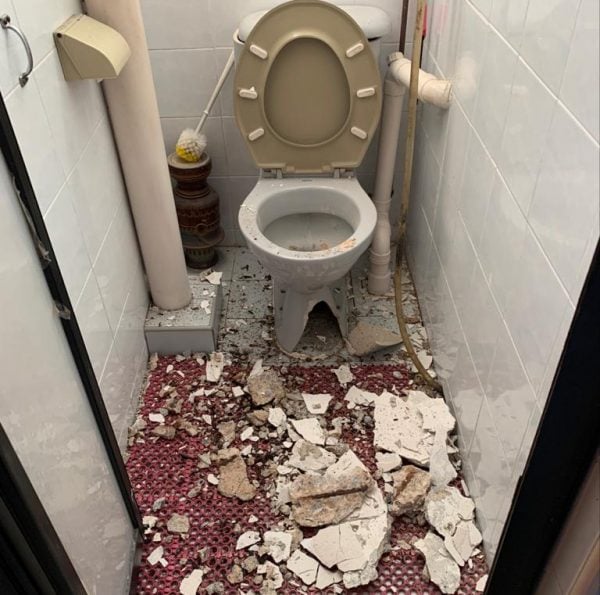 She sent him pictures of the aftermath of the concrete falling — the porcelain of the toilet bowl was cracked.

Mr Fu estimated the concrete slab to be weighing around 10kg. It was also about 50cm in length.

It is likely that the concrete broke off and fell due to the age of the flat, which was 50 years old. 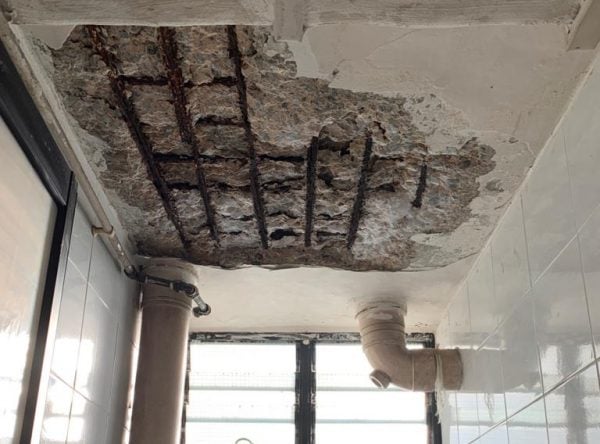 HDB explains that spalling concrete is a common issue for such older flats. As time passes, carbonation occurs and the steel bars in the concrete slab corrode. This causes the concrete to “crack and bulge” and possibly fall.

Although Mr Fu initially contacted his town council, anything that happens within the flat falls under HDB.

The HDB team reportedly were unable to visit the flat on the day itself, but the town council’s Emergency Maintenance Service Unit (EMSU) team came at 8pm to survey the damage.

HDB eventually visited on 26 Feb at 10am. In addition, they offered a “goodwill” price where HDB would absorb half the cost of repairs. Mr Fu estimates that it will cost a few hundred dollars.

In the meantime, Mr Fu’s father and the other residents in the flat will have to use a public toilet, according to Today.

How to prevent concrete from spalling & who to call for repairs

HDB offers some tips on how you can prevent the concrete in your flat from spalling:

This steps are meant to slow down the carbonation process.

HDB also provides a non-exhaustive list of contractors you can look for to repair the concrete. You can check it out here.

HDB reminds flat owners that the onus is on them to ensure the repair of any spalling concrete in their flat.

Thus, owners must be mindful and conduct their own checks from time to time.

We cannot take our safety for granted.