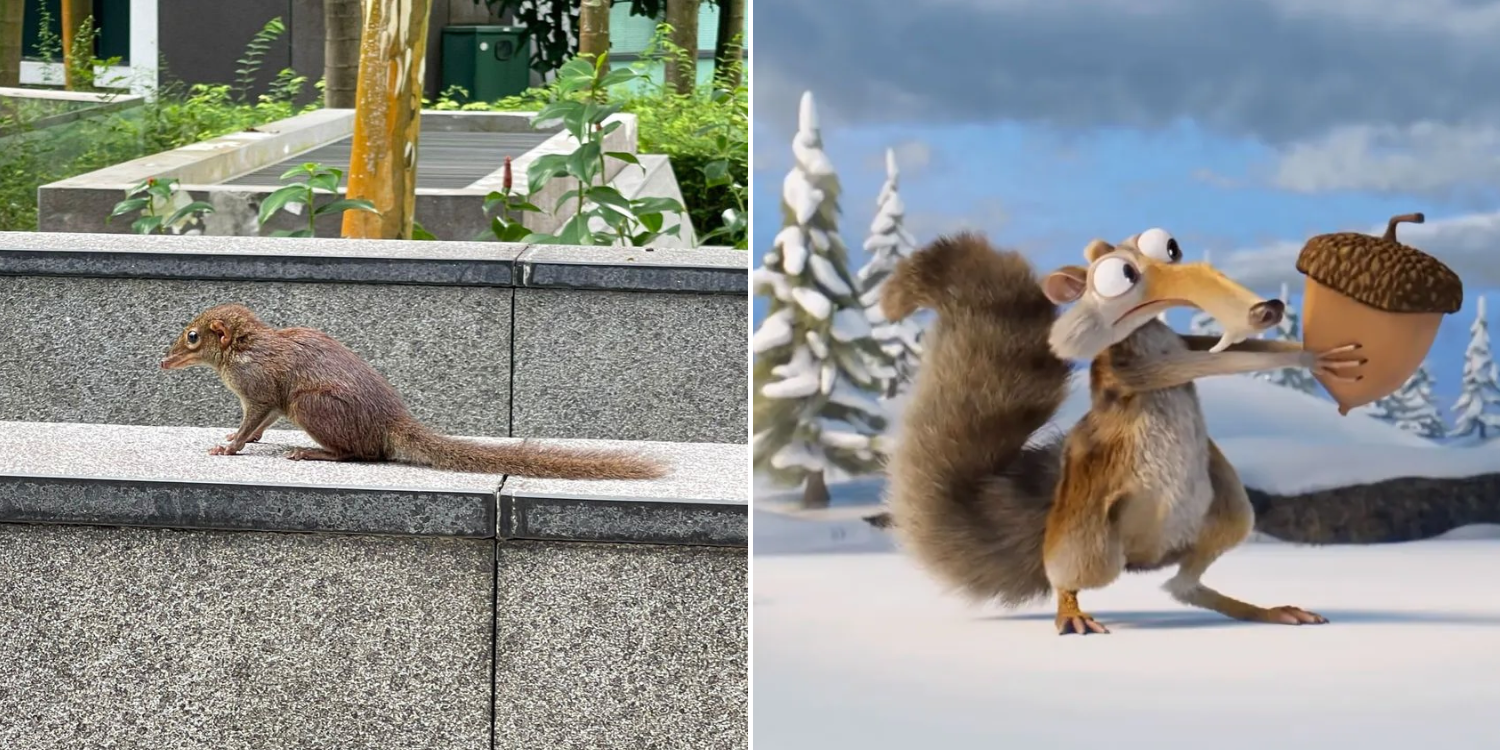 It's actually a common treeshrew.

Squirrel Spotted In Singapore Looks Like Scrat From Ice Age

Whenever noticing something out of the ordinary, some may take to social media to share about their encounter.

Recently, a netizen spotted a peculiar-looking squirrel in Singapore and shared a photo of it on Facebook.

In the comments, wildlife lovers hilariously compared it to Ice Age’s Scrat.

On 24 Nov, a Facebook user shared a photo in the Singapore Wildlife Sightings group of a peculiar-looking animal they spotted. 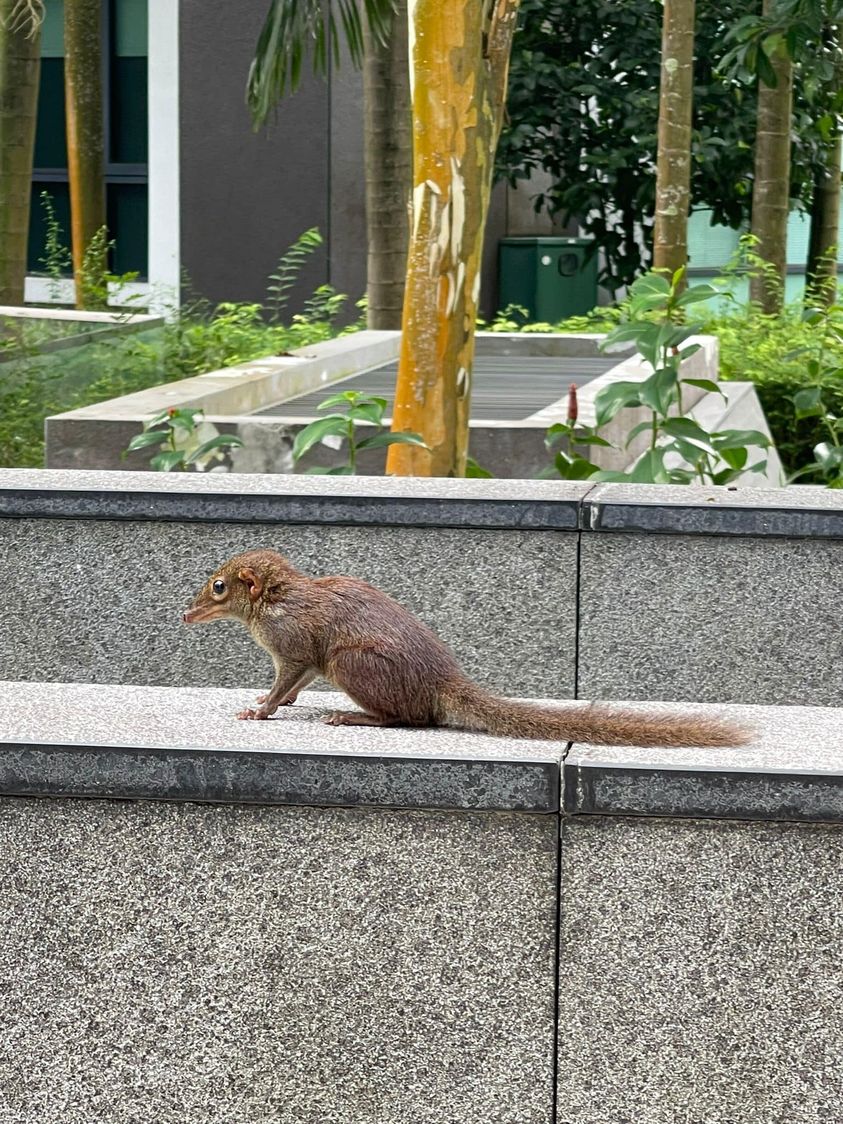 As its features resembled something between a rat and a squirrel, they wanted to clarify their doubts with the group members.

In the caption, they asked, “Is this a type of squirrel?”

Clearly, the unique appearance of the animal caught the attention of other wildlife lovers.

In the comments, many compared it to Scrat, the beloved squirrel from the animated movie franchise ‘Ice Age’. A netizen even joked that the animal was Scrat’s descendant.

One referenced Scrat’s behaviour in the movie, saying that it would go crazy if the OP threw an acorn over to it.

Another quipped that the animal the OP spotted was the one who managed to survive the Ice Age.

Squirrel turns out to be a common treeshrew

Jokes aside, some netizens shared useful information, saying that the Scrat lookalike was actually a common treeshrew or a Tupaia glis. 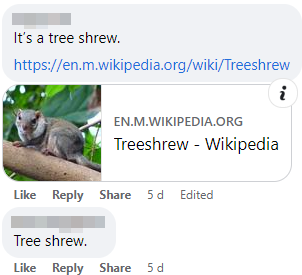 Another commenter further explained that the treeshrew is neither a shrew nor a squirrel.

Instead, the creature belongs to its own group among mammals, more closely related to primates and colugos.

According to Ecology Asia, the treeshrew is a small mammal that is often found in southern Thailand, Malaysia and Singapore. 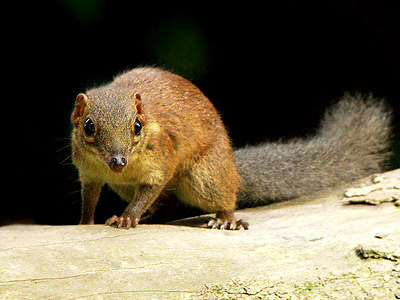 Their explanations managed to shed light on what the creature was, which enlightened others like this Facebook user who said that they learned something new.

Unfortunately, the OP didn’t share where they spotted the treeshrew. But if it’s indeed common in Singapore, perhaps we’ll be lucky to spot it in the wild too next time.