The committee of 10 had to juggle their studies while planning the event.

Students Organise Prom For Themselves After Secondary School Cancels Event

Some love it, while others… not so much.

But regardless of whichever camp you’re in, prom is one of those defining events in a graduating student’s life.

So when their secondary school decided to cancel prom on account of the late easing of Covid-19 restrictions, Cheyenne and a group of other students decided to take matters into their own hands.

And on Monday (21 Nov), they successfully pulled off organising a prom for 117 people at Furama RiverFront hotel.

The students’ efforts to organise their very own prom without any help impressed many netizens, who praised their planning of the event.

Decided to plan prom so they would not miss the experience

In a brief 12-second TikTok video shared on Tuesday (22 Nov), Cheyenne shared that their school did not want to host prom for the graduating batch of students.

Undaunted, they decided to do it themselves. The video then switches to a scene showing a ballroom full of students dressed to the nines. 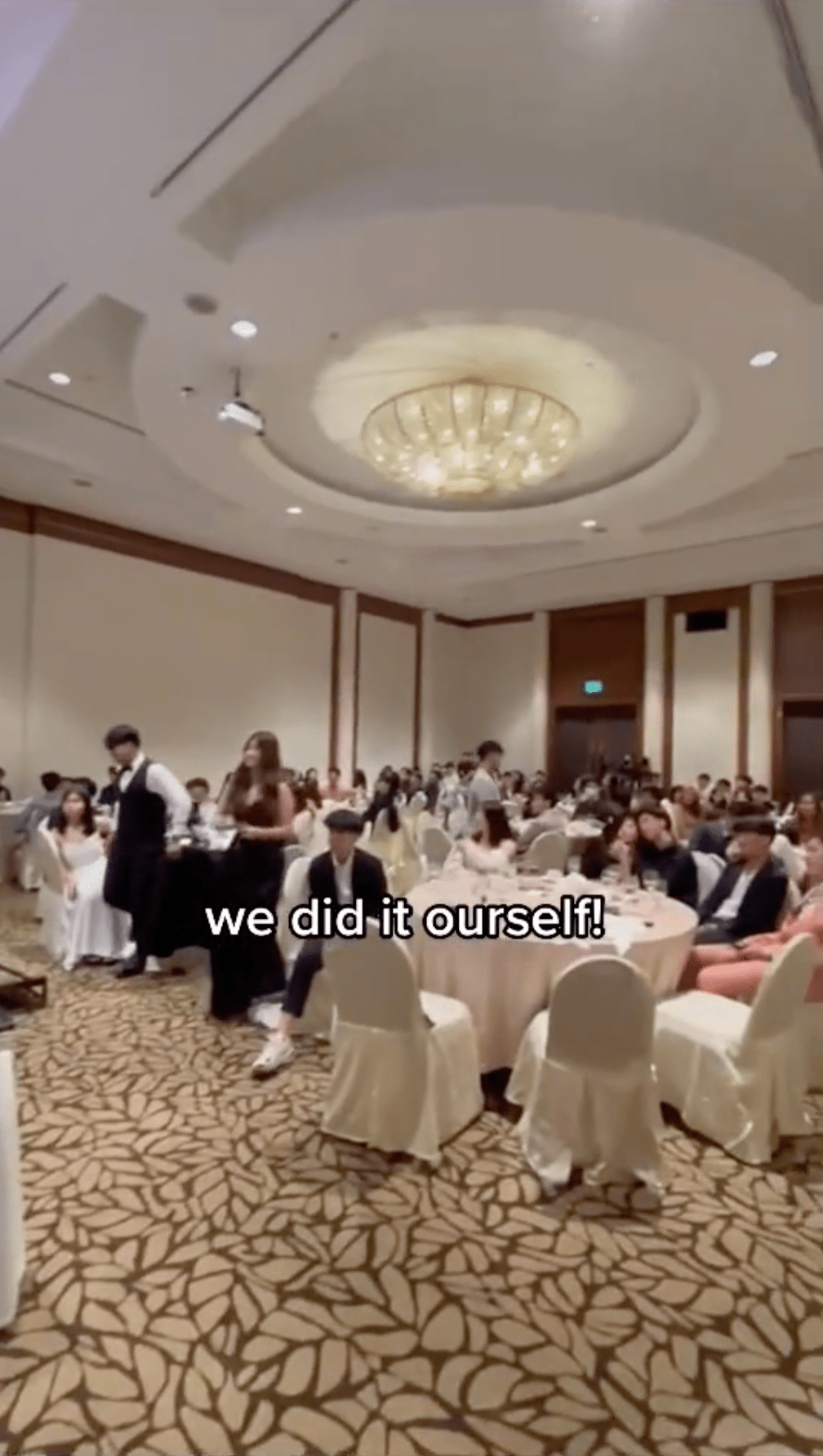 Speaking to MS News, Cheyenne explained that their school excluded prom as part of their graduation activities and replaced it with other plans.

This was largely because Covid-19 restrictions were eased too late.

However, she knew how many people, including herself, were looking forward to prom.

So, she decided to go ahead and organise it with two of her other friends so they would not miss out on the experience.

The three of them reached out to other students who would be capable of planning such an event. Before long, they had managed to gather a committee of 10.

The committee started planning for their prom during the September holidays.

It was an arduous two-month journey, with Cheyenne telling MS News that it was a lot of work.

Many things were rushed and they sometimes had to collect items during school hours, which they could only do after their study break on 5 Oct.

Essentially, their team had just one month to organise the event plus gather the various videos and funds from attendees.

To add to the work on their plate, the committee members were also juggling their national exams during this period.

“It was rather tough to balance the planning and studying,” Cheyenne admitted.

Nonetheless, they managed their schedules well and ensured they had sufficient time to study whilst planning the logistics and activities for their prom.

Proud to have successfully organised event

In a follow-up TikTok video, Cheyenne shared about the journey of planning and preparing for the prom, and how the event itself went.

Even the day before the prom, she and her committee were busying themselves with a dry run of the party.

Clips of the prom show students happily performing on stage and dining on gourmet food. In her caption, Cheyenne shared that it was a hectic ride. But eventually, they successfully hosted a prom for 117 pax at the Furama RiverFront hotel. 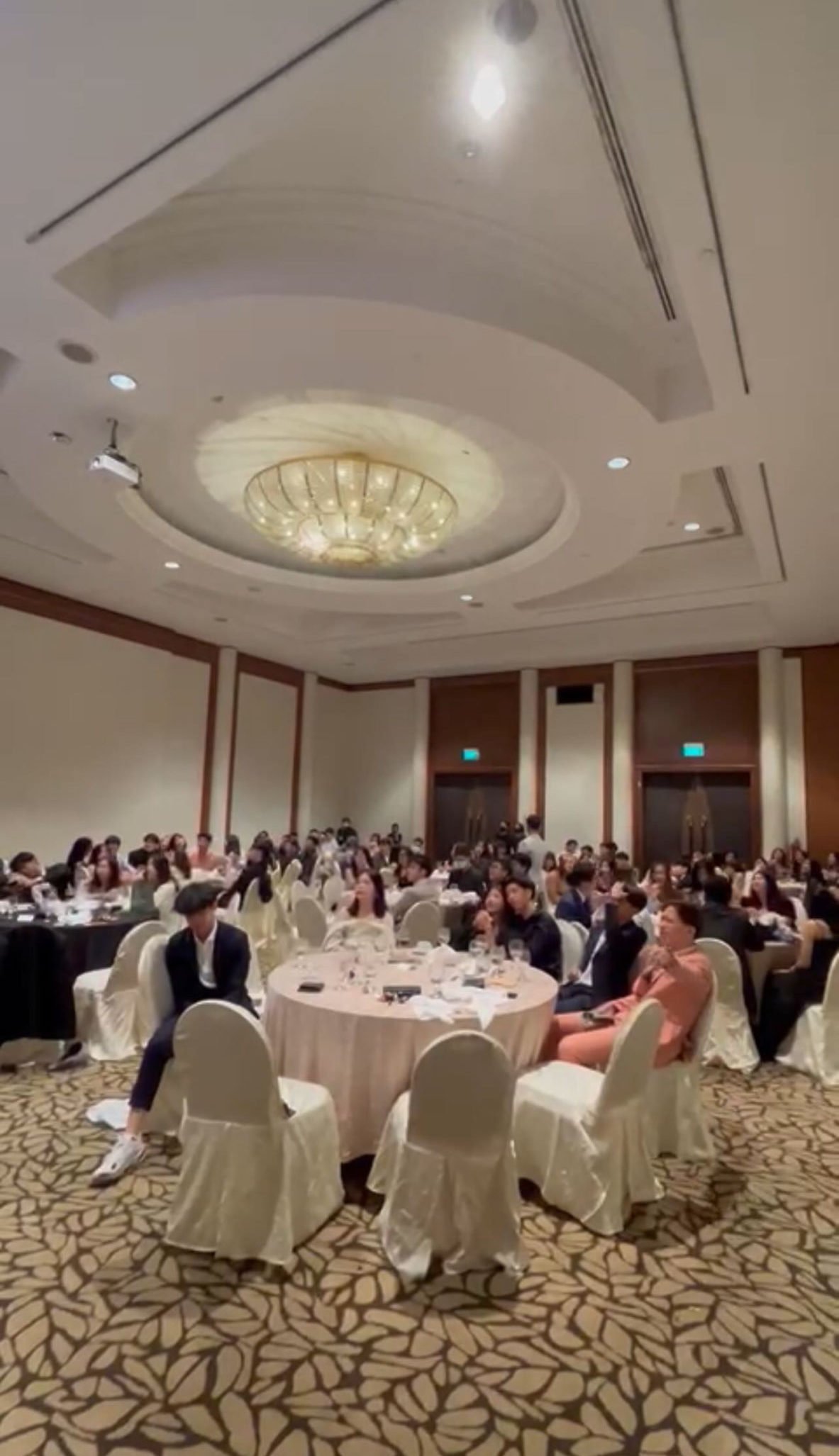 The price for everything, inclusive of the logistics for a photo booth, events, and games, added up to just S$75 per person.

Cheyenne thanked her committee members, declaring that the event was “definitely a success”.

She told MS News that it was her first time having to contact external vendors and companies. She also had to handle large sums of money and organise a big group of guests.

But throughout the prom, everyone actively participated in events the committee planned and while there were some issues, everything turned out smooth sailing.

At the end of the day, getting to see everyone enjoy themselves made Cheyenne feel very accomplished.

“It was very fulfilling to witness it all unfold so well,” she gushed. “And I feel very proud to have pulled through.”

Featured image adapted from @9cnse on TikTok and TikTok.