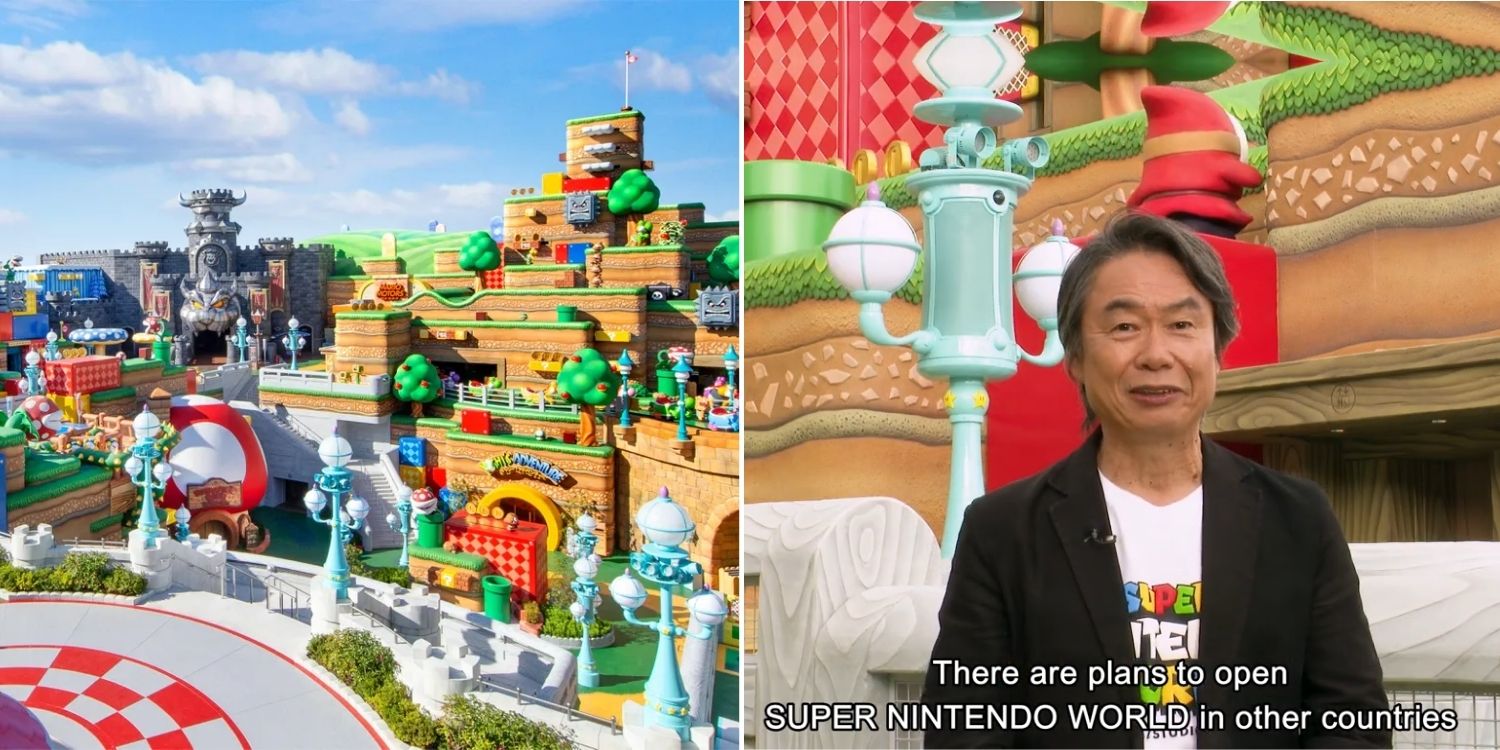 Whether you’re a Super Mario fan or not, the prospect of a new theme park opening on our tiny island is a thrilling one. Super Nintendo World – by the geniuses behind the likes of Pokémon and Animal Crossing, no less – makes things even more exciting.

While rumours of its arrival first swirled in 2019, they fizzled soon after.

The recent confirmation of plans to set it up here in Singapore thus revived much interest.

As Super Mario creator Shigeru Miyamoto takes us through the attractions, our hearts are no doubt racing with exhilaration.

But the strong urge to visit Japan doesn’t quite beat our reaction to what he says next:

There are plans to open Super Nintendo World in other countries that people can visit in the future. Hollywood, California, and Orlando, Florida, in the United States. And Singapore in Asia. Unclear when opening date will be

Though Resorts World Sentosa’s (RWS) initial announcement in Apr 2019 hinted at a likely 2025 opening, the timeline for this current plan is still hazy. 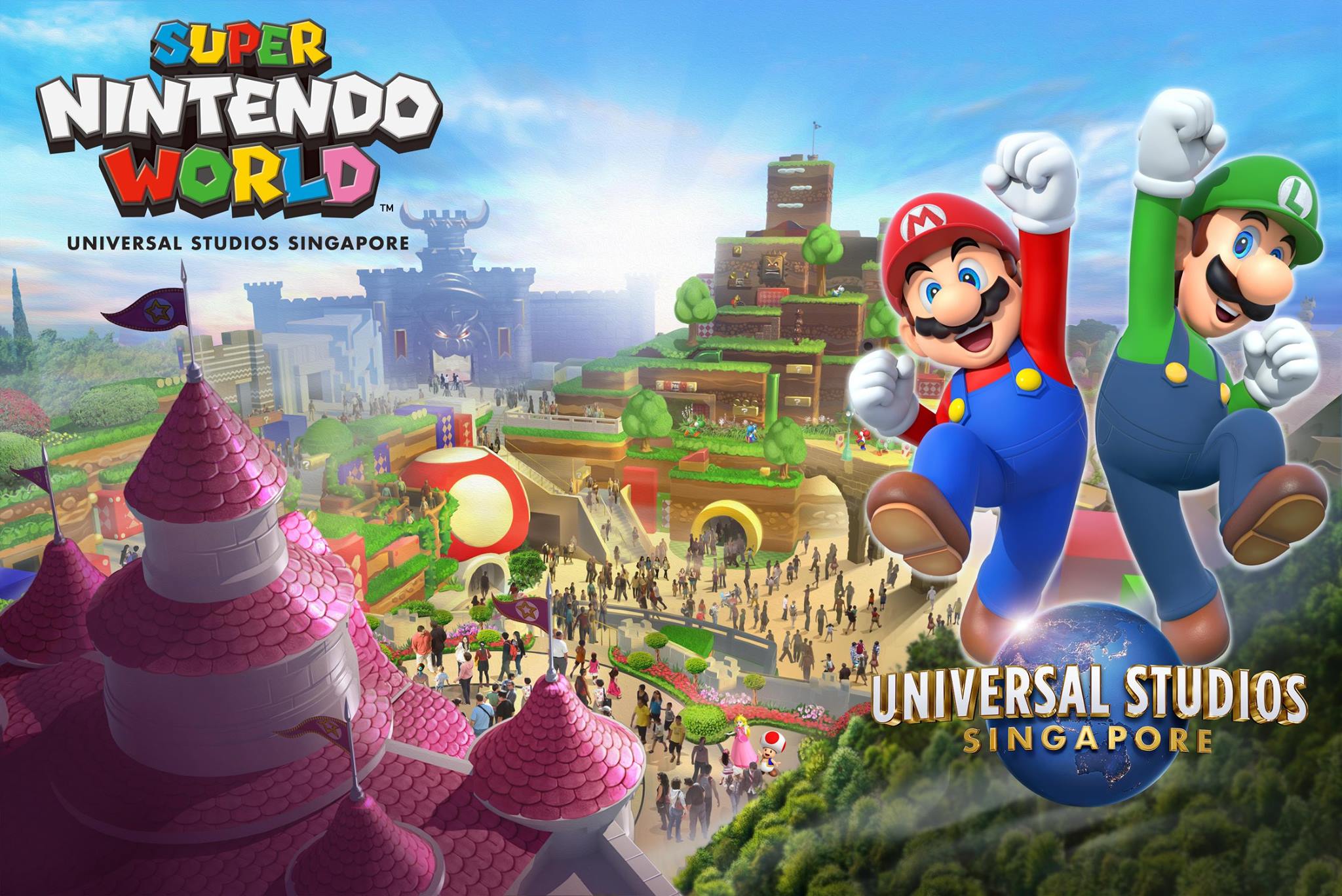 Based on RWS’ expansion plans, Super Nintendo World will be an “immersive environment” that’s part of Universal Studios Singapore (USS). 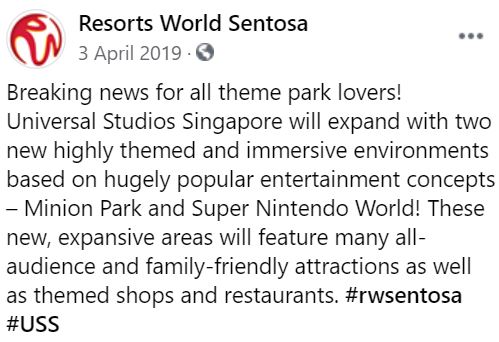 Promising fun attractions for all ages, themed shops and restaurants, we’ll no doubt be living our Super Mario fantasies.

Now we’re just keeping our fingers crossed that the park will have most, if not all, of what its Japanese counterpart has to offer, so we can watch our Mario Kart dreams come to life.

Brace yourselves for a new theme park here

If you’ve already visited USS enough times to know it like the back of your hand, this addition will be a welcome update.

Let’s hope that Super Nintendo World is still on track for a 2025 opening, so we can explore all the nostalgic game features in real life.

After the rollercoaster ride that has been 2020, we’re glad that we can end the year with such invigorating news. Here’s to a brighter and happier future ahead.