Even as the pandemic eases, Singapore continues to remain vigilant, enforcing strict safety measures such as safe distancing, especially at crowded malls.

However, this caused a misunderstanding between a wheelchair-bound man and a security guard at Tangs. 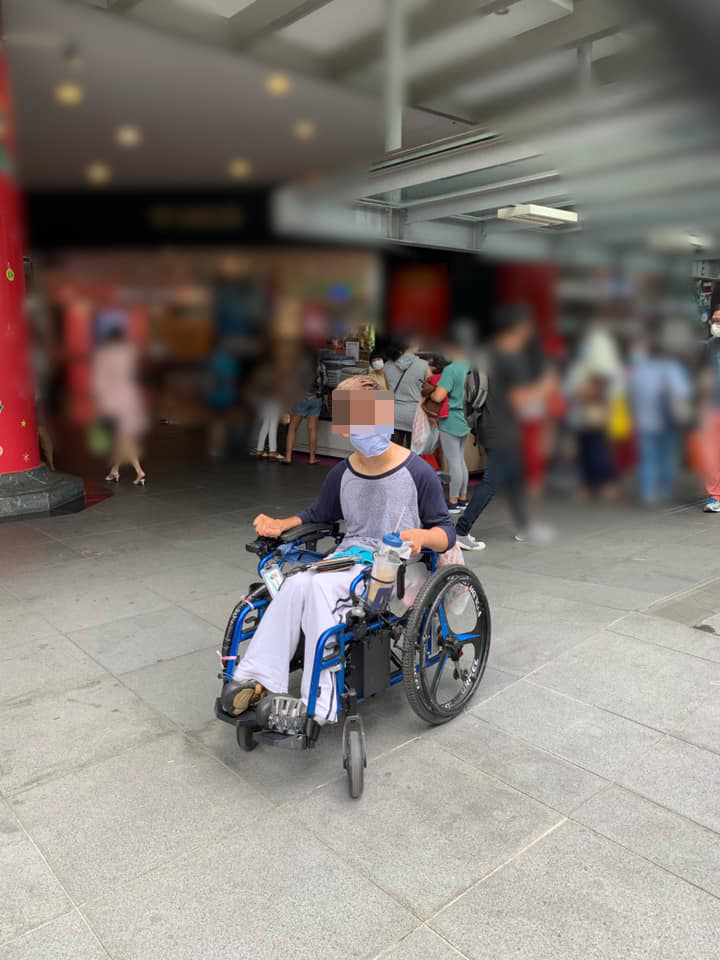 On Sunday (22 Nov), the man took to Facebook to air his grievances after what sounds like an unpleasant experience at Tangs. 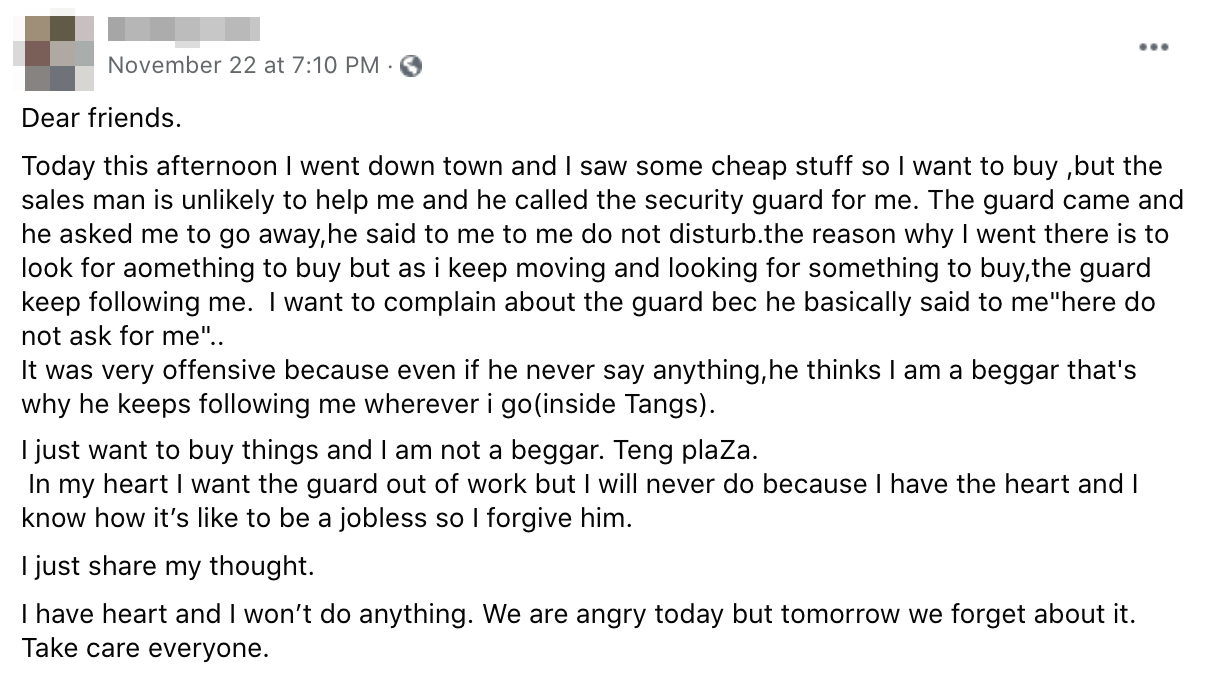 He felt offended after a security guard apparently followed him as he was trying to window-shop.

A Tangs spokesperson later clarified that it was a misunderstanding as the guard was trying to enforce safe distancing but raised his voice.

The wheelchair-bound man was at Tang Plaza on Sunday (22 Nov) when he saw something that caught his eye and wanted to purchase it. 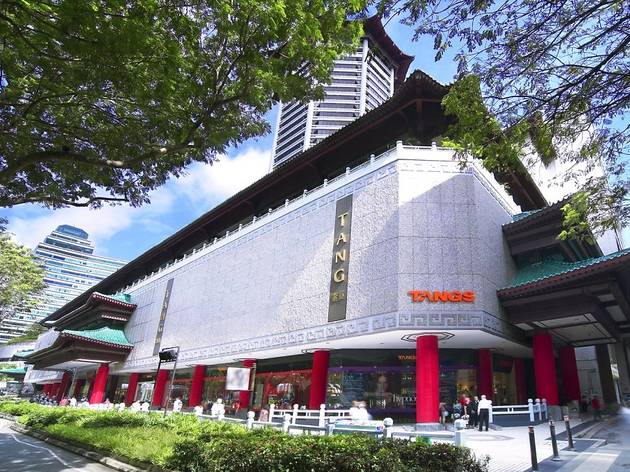 At one point, he claimed that the guard told him to “go away”.

Following that, the security guard allegedly followed him around the mall as he tried to window-shop at Tangs.

The man in wheelchair shares that he felt deeply offended by the way he was regarded. 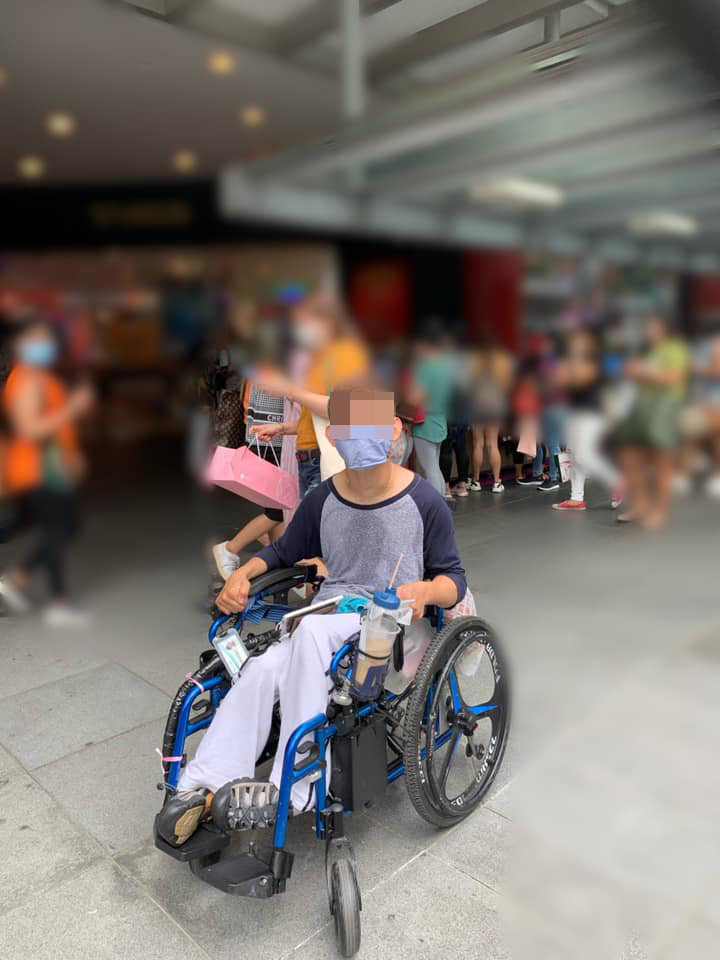 He felt as if the Tang’s security guard thought he was a “beggar” and hence felt the need the trail him.

He clarified that he simply wanted to go shopping.

Even though the incident infuriated him, he said he has forgiven the security guard.

Speaking to MS News, a Tangs spokesperson said they contacted the man as soon as they were alerted of his feedback. They expressed regret over his unpleasant experience. 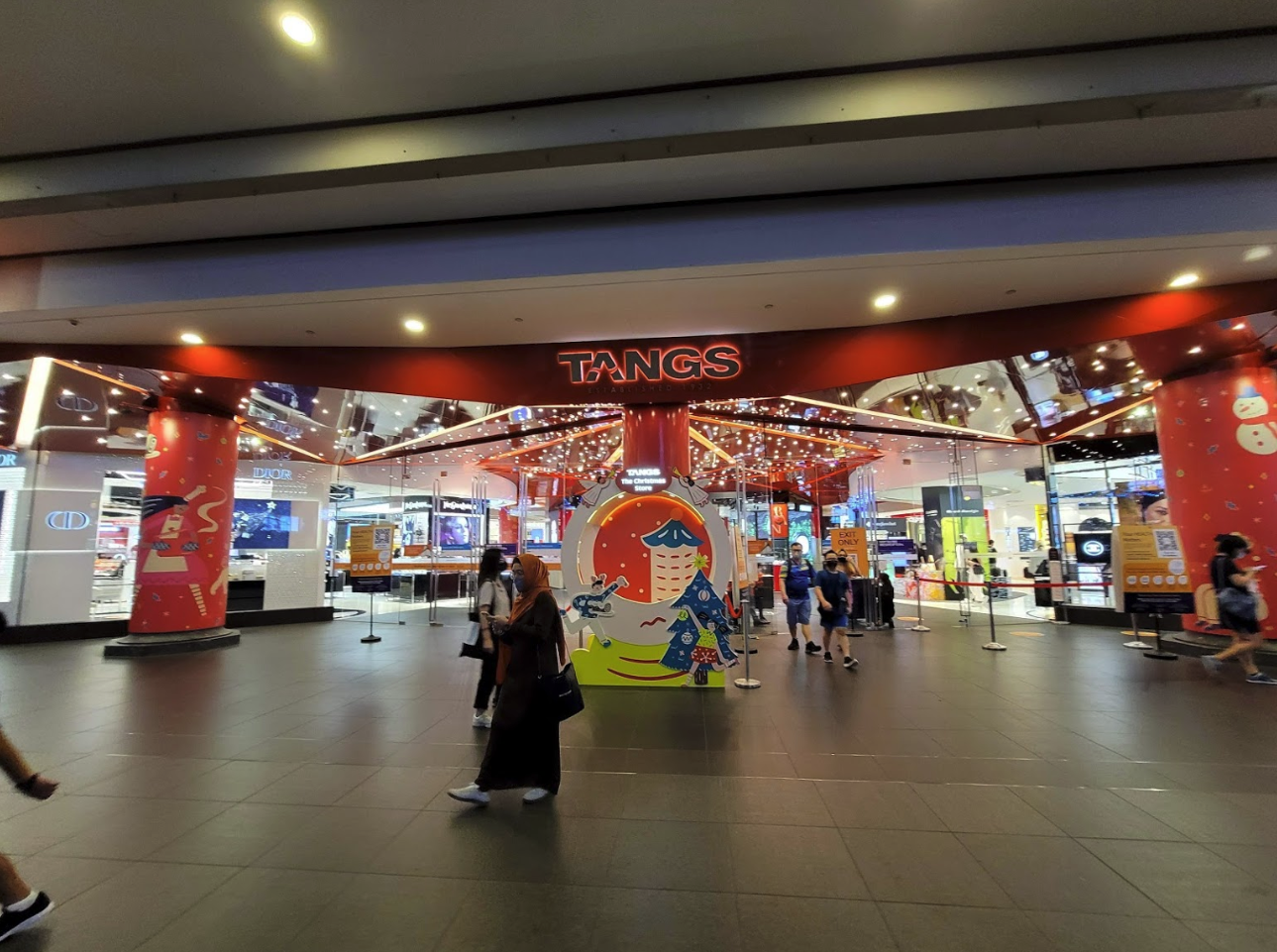 Tangs clarified that security officers patrol Tang Plaza regularly to enforce crowd control. This is especially true on weekends and during peak hours.

On that particular Sunday (22 Nov), the security guard in question approached the man in wheelchair and the salesman to disperse them due to safe distancing.

But he had to raise his voice when speaking to be heard over the large crowds. From the man’s point of view, they could understand how it was perceived as rudeness.

Tangs explained that the security guard then continued on his patrol but it happened to be where the man was heading as well.

They clarified that it was never the security guard’s intention to chase the man away, as previously alleged.

Tangs has since reminded all frontline employees to treat all customers with dignity and respect.

Poignant reminder of the importance of our actions

Tangs emphasised that each customer’s experience is important to them and such feedback is taken very seriously.

MS News is glad that the incident turned out to be a misunderstanding and both parties resolved the issue amicably.

At the same time, it is a poignant reminder for all of us to act and speak with tact to ensure that Singapore continues to be an inclusive and respectful society for all.