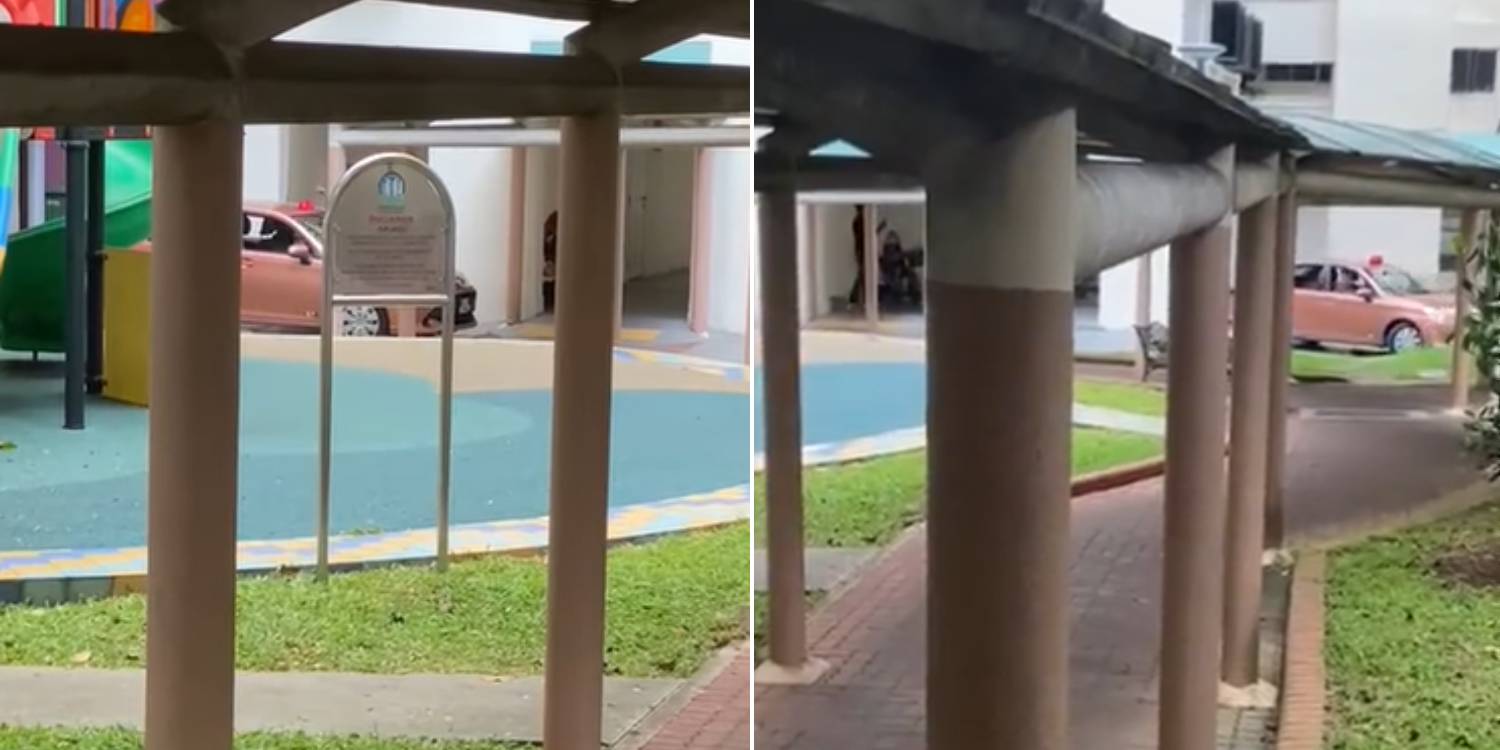 Taxi drivers often work long shifts as they need to pay rent on their cars. Some days may be better than others depending on the number of customers they get.

For this driver, it certainly wasn’t such a good day as he crashed his taxi into a void deck at Bukit Merah on 6 Sep.

Police arrested the 41-year-old for a rash act.

No injuries were reported, thankfully.

A video posted by Shin Min Daily News, sent to them by a reader, shows the taxi in question on Monday (6 Sep) in Jalan Rumah Tinggi.

The taxi had its wipers on and looked thoroughly out of place in the neighbourhood as it drove back and forth in a seemingly random fashion.

According to Shin Min Daily News, some residents saw the driver leave the car to drink something before he suddenly got into the car about 20 minutes later.

Due to the wording in Chinese, it is unclear what drink the residents are referring to. 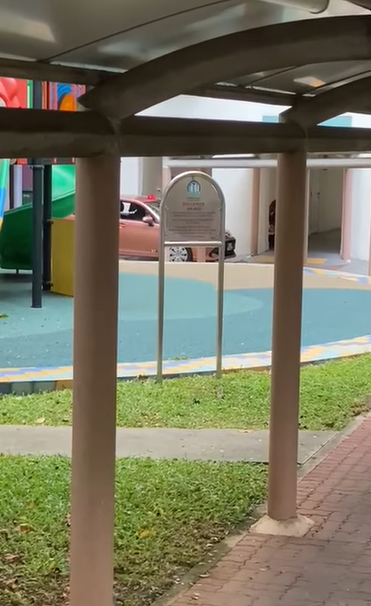 According to the residents, the car drove forward after that, but there was only a playground and other HDB blocks in front.

The car later drove into the void deck. 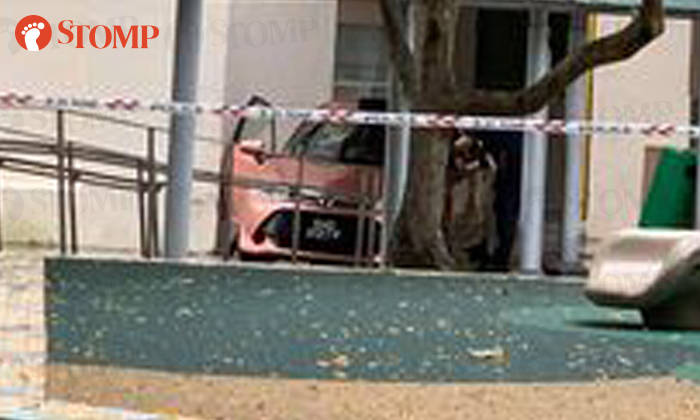 The police told STOMP that they were alerted to an accident at 4.09pm at Block 9 Jalan Rumah Tinggi.

A 41-year-old man was conscious when taken to hospital and was subsequently arrested for causing a rash act.

STOMP reported that there were no injuries.

Details of how the driver ended up in that situation are unclear.

While we’re relieved that he is okay, the act was still rather dangerous and could have caused harm to not only himself but also others.