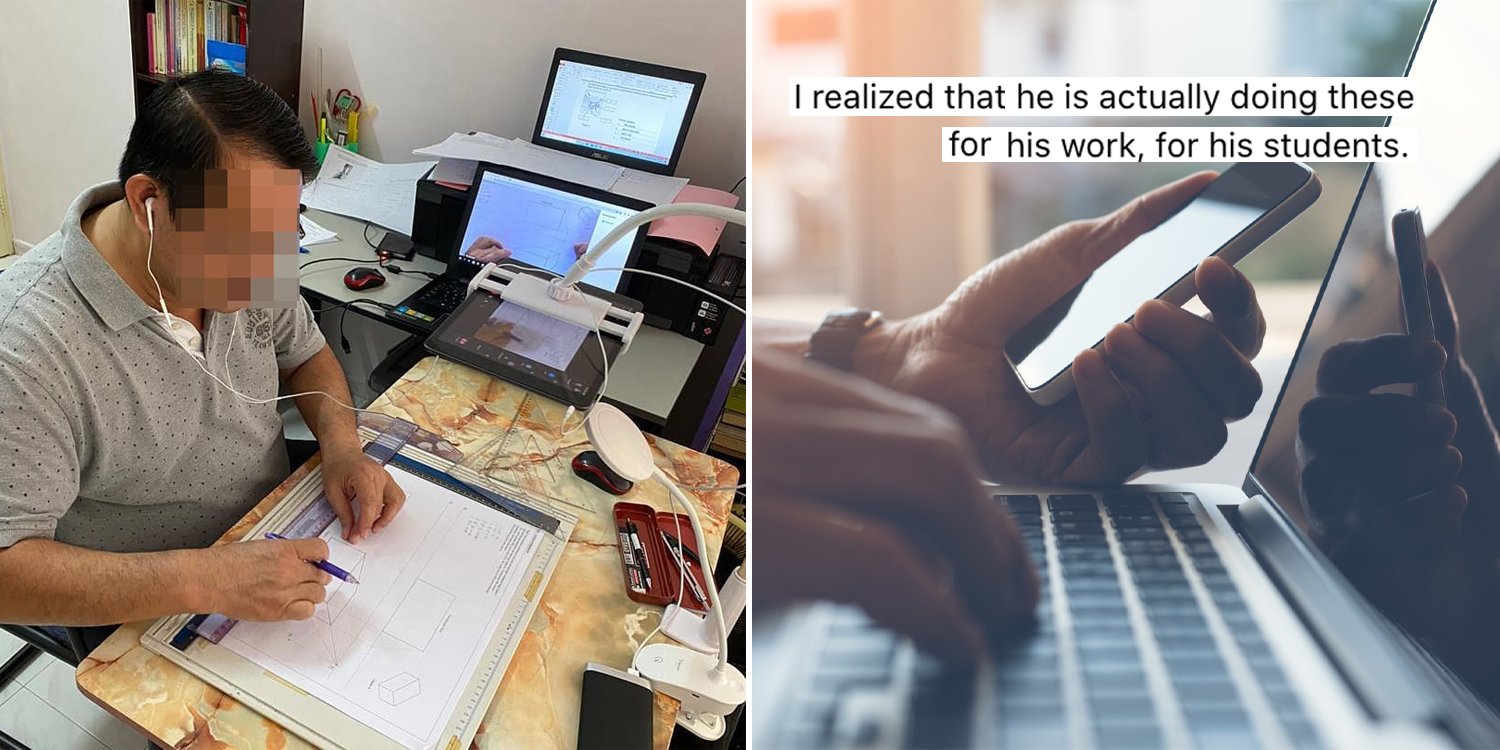 The Covid-19 pandemic has monumentally changed the way we live, work, and study.

For many schools around the world, home-based learning (HBL) for students have became their modus operandi, or standard procedure. 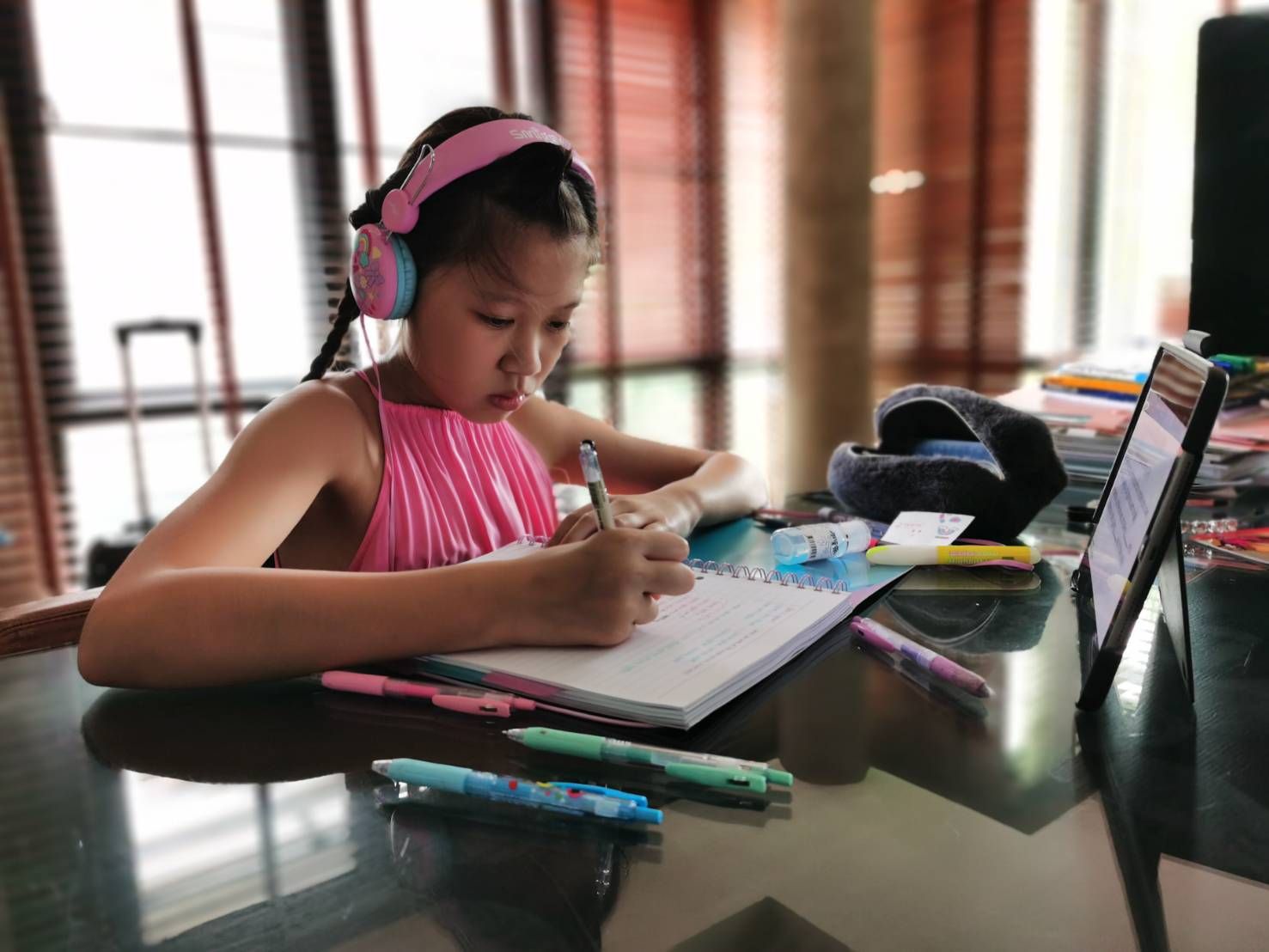 While students complain about the humdrum routine of online classes, perhaps it’s not that easy on the flip side too.

On Tuesday (24 Nov), a man in Malaysia took to Facebook to share what his father – a soon-to-be-retired teacher – went through in order to continue teaching his student during these unusual times. 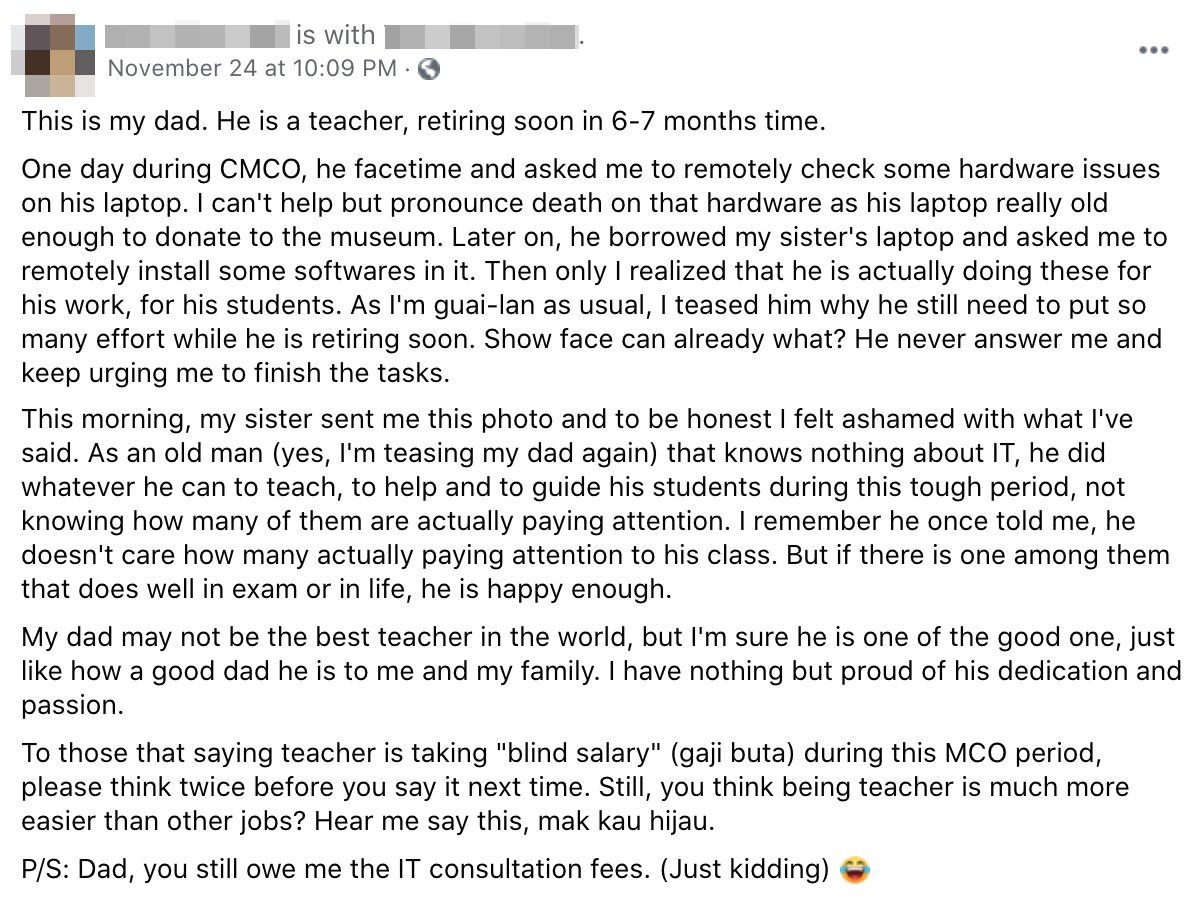 The man shares that during Malaysia’s Conditional Movement Control Order (CMCO), his father – a teacher – contacted him via FaceTime and requested for help on some hardware issues on his laptop. 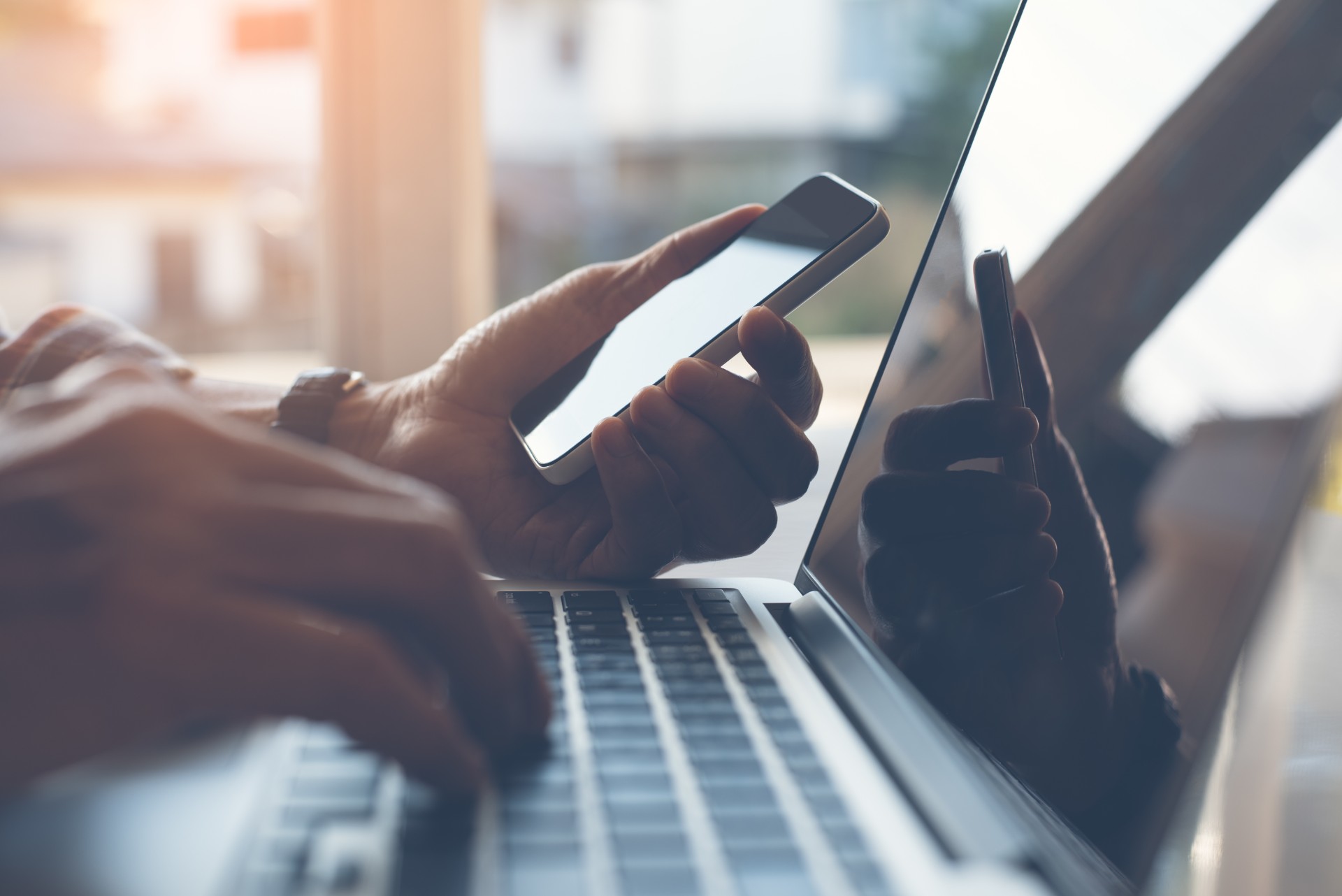 Unfortunately, the man found that the hardware on the laptop was beyond saving as it was “old enough to donate to the museum”.

The father then resorted to borrowing his daughter’s laptop and once again asked his son to help install certain software.

It soon dawned on the man that his father was going through so much trouble for his work and students.

The man then playfully teased his father, asking why he was putting in so much effort when he was retiring in just 6-7 months. To him, his father should “just show face can already”.

However, his father did not respond, simply urging him to finish the tasks at hand.

Father works tirelessly for his students

On Tuesday (24 Nov) morning, the man’s sister snapped a photo of their father hard at work and sent it to him. 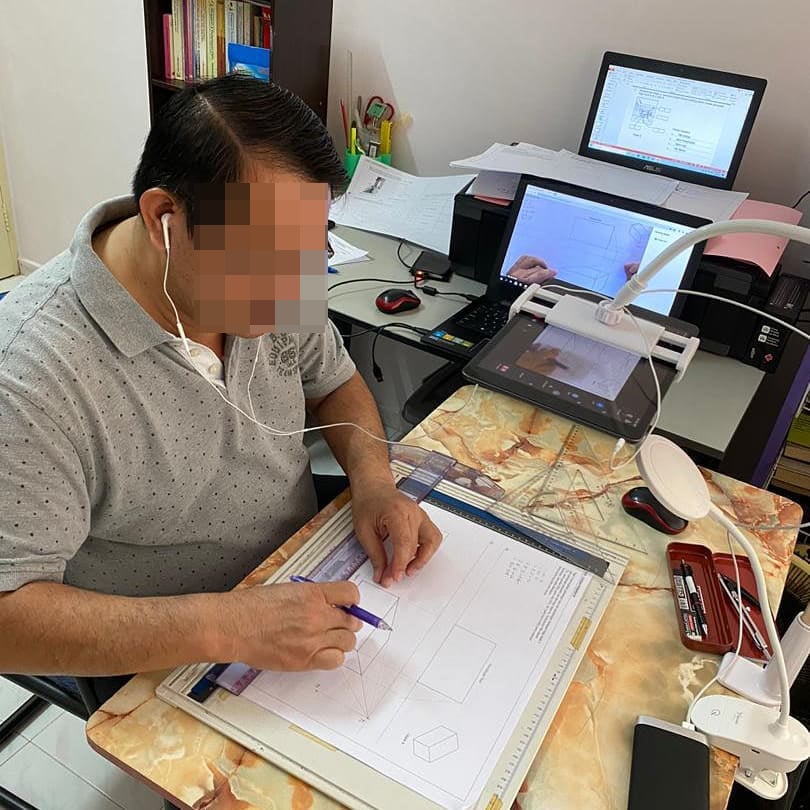 Looking at the photo, the man felt ashamed for what he had previously said to his father.

Despite his father’s struggles with technology, he tirelessly did all he could to teach, help, and guide his students through this tough period.

One thing about online classes often irks teachers — not knowing whether students are actually paying attention.

But the man recalls his father once telling him that he doesn’t care how many of his students are actually paying attention. In his words,

If there is one among them that does well in exam or in life, he is happy enough.

Son pays tribute to father’s career as a teacher

Concluding his post, the son pays a touching tribute to his father’s career as a teacher.

He expresses that although his father may not be the best teacher out there, he was certainly a good teacher, just like he was a good father.

At that, the man admits that he is

proud of his dedication and passion.

Lightening the mood, the son then quipped that his father still owed him IT consultation fees.

But all in all, the man had an important message to share, urging those saying that teachers were not deserving of their salaries during this HBL period to think twice.

After all, being a teacher during the pandemic is not an easy job.

There are many frontline workers who we ought to be thankful for in 2020, but let’s not also forget the many silent contributions that teachers make.

Shifting to HBL, teachers now have to wear multiple ‘hats’ — they are primarily educators but also IT technicians, nurses, and social workers for their students.

So, as the man reminds us through his heartwarming tribute to his father, let’s all show teachers their well-deserved respect and appreciation.

Featured image adapted from Facebook and IEEE. Picture on the right is for illustration purposes only.