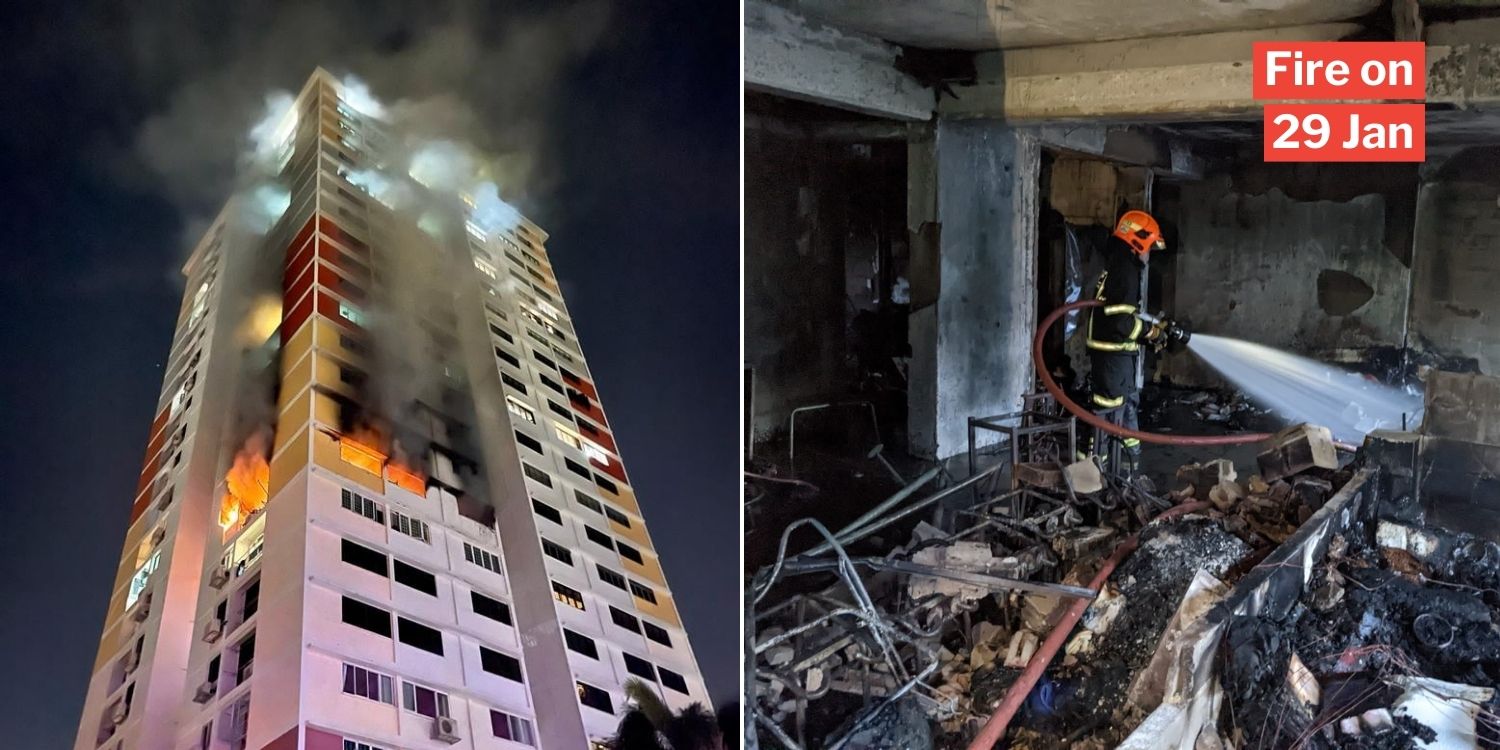 He's reportedly the owner of the unit on fire.

When news broke of multiple fires occurring at Telok Blangah, Bedok North and Tampines, all of Singapore was left in shock. After all, it’s not often that we hear of such grave fire incidents within just hours of each other.

Fires Break Out In Tampines, Bedok & Telok Blangah, SCDF Extinguishes All In 1 Night

At least 2 people were conveyed to the hospital, and homes were left in utter ruins.

Now, more intriguing information has come to light — an elderly man is suspected to have caused the fire in Telok Blangah. He is now reportedly in police custody.

In the wee hours of Saturday (29 Jan) morning, residents of Block 39 Telok Blangah Rise awoke to the smell of putrid smoke.

The Singapore Civil Defence Force (SCDF) responded to an alert at about 4.40am. When they arrived, the raging inferno had consumed an entire 10th-floor unit. While putting out the flames, they evacuated residents nearby and conducted forcible entry into the unit above the burning one.

There, officers found a woman lying unconscious on the floor. They promptly brought her to the lift lobby where an ambulance crew assisted with CPR.

The woman was later taken to Singapore General Hospital (SGH). Paramedics also conveyed another individual to SGH for smoke inhalation.

The operation saw 280 residents evacuating their homes as a precautionary measure.

According to Shin Min Daily News, police later arrested a 73-year-old man, who is reportedly the owner of the unit where the fire started.

In response to the newspaper’s queries, police said that the arrest was on suspicions of arson.

Investigations are ongoing, so we advise the public not to make any speculations yet.

Though no serious casualties have been reported, the possibility of the fire being the result of a prank is rather unsettling.

If it proves to be true, we hope that the perpetrator will face the consequences for his actions.

But more importantly, we hope that the victims will recover smoothly from any injuries.