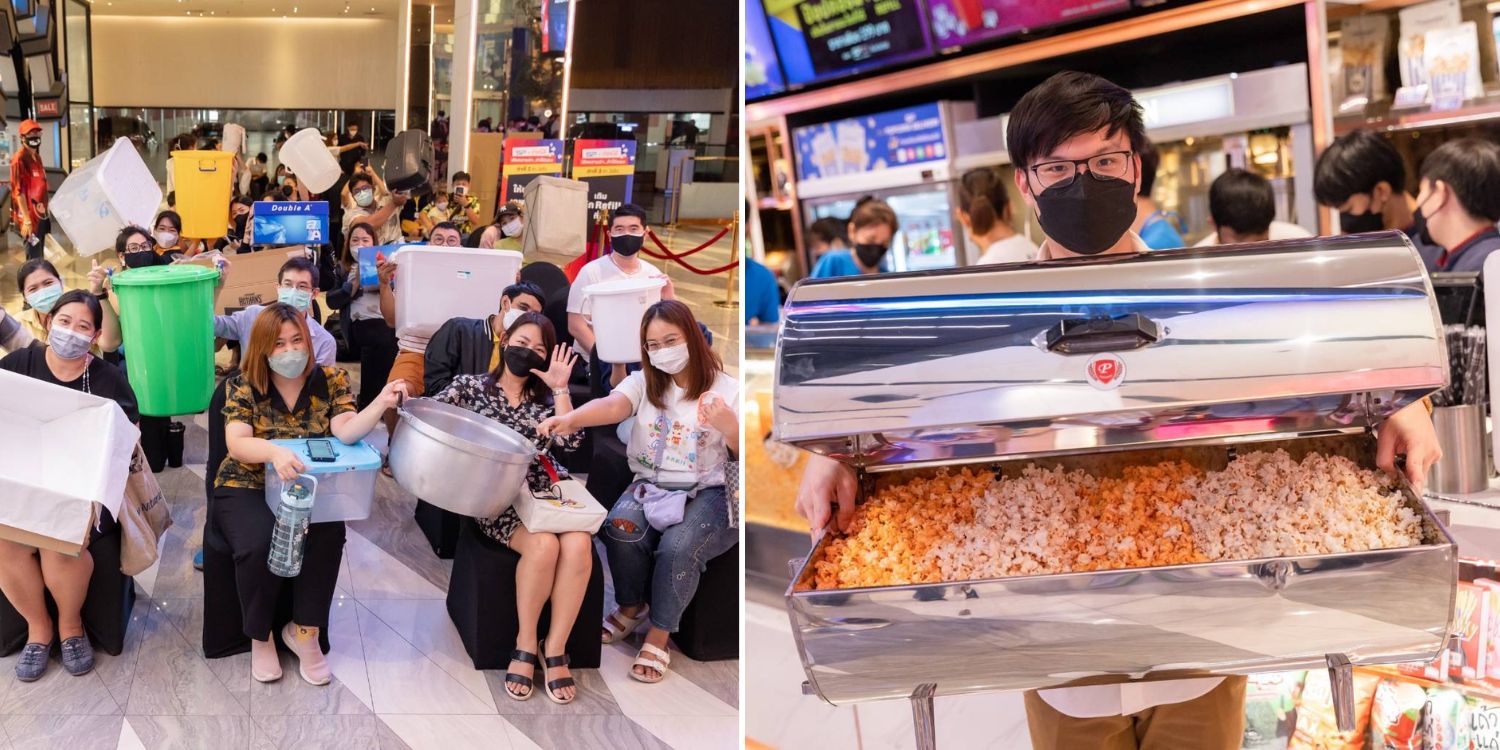 Unfortunately, the cinema had to end the promotion early.

Recently, a cinema in Vietnam made headlines after they offered free unlimited popcorn to customers.

Moviegoers turned up with all sorts of containers from cooking pots to basins to get the most out of the promotion.

Now, it seems that the promotion has inspired a cinema in Thailand to follow suit.

Likewise, customers maximised the offer and turned up with large containers, with one man even bringing a buffet tray.

The special offer was by SF Group at the CentralWorld shopping centre in Bangkok.

According to their Facebook post, customers who bought a ticket for any movie were entitled to free popcorn.

The generous promotion even included a refillable serving of Coca-Cola.

Customers turn up with huge containers

Moviegoers definitely rose to the challenge, showing up to the theatre with their biggest containers and storage boxes in tow.

For instance, this man turned up with a huge buffet tray to claim his free popcorn. 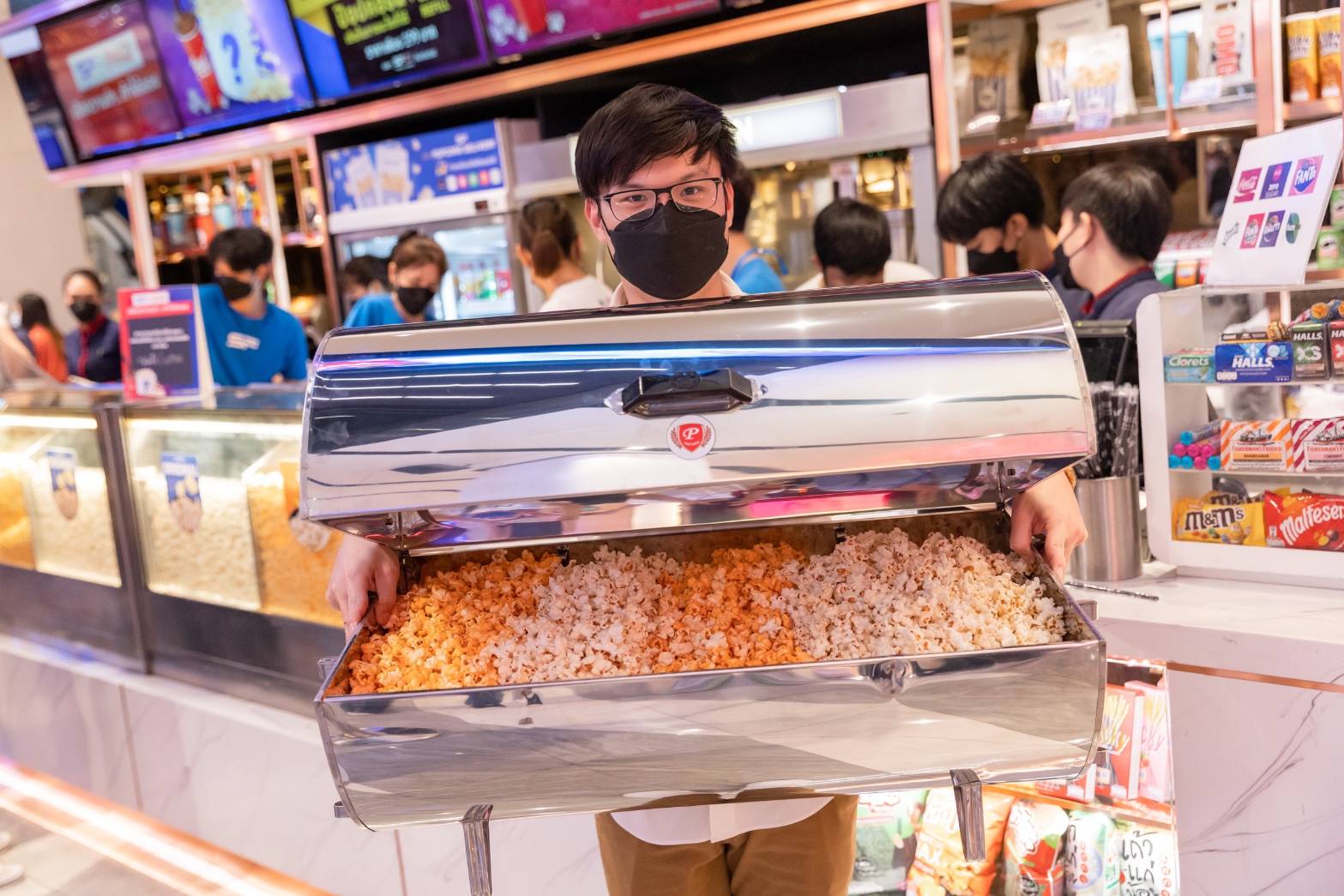 While it seems absurd, he certainly got his money’s worth as he managed to bring home 57 litres of popcorn, according to South China Morning Post (SCMP).

Some customers even brought cooler boxes — probably handy if they’re heading to a picnic. 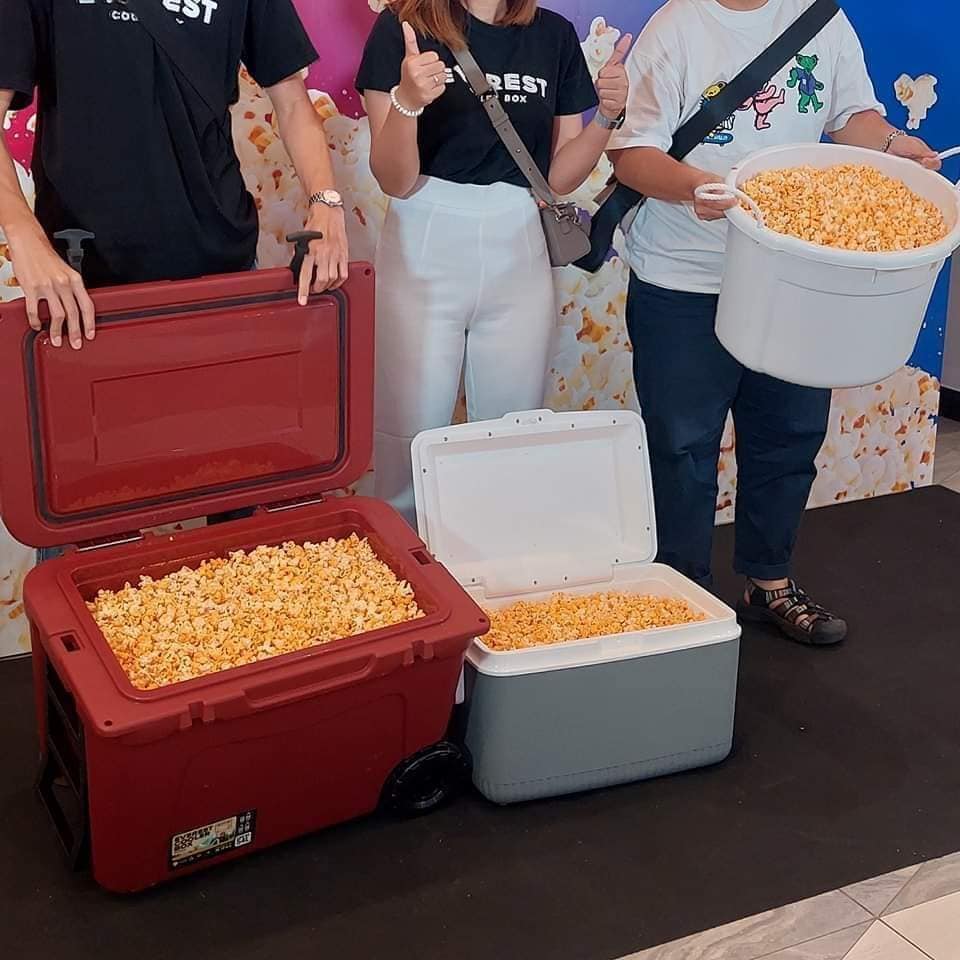 While these customers brought rubbish bins with wheels, the amount of popcorn in the accompanying trash bags couldn’t seem to fit. 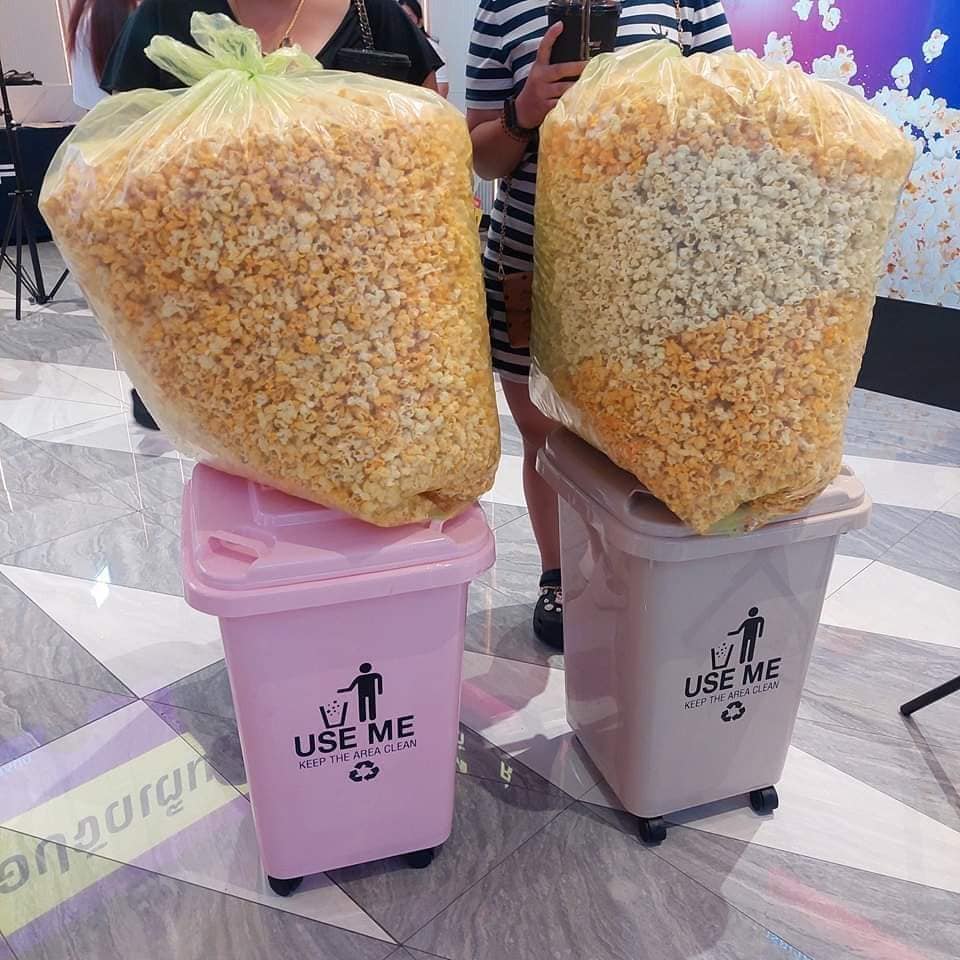 Meanwhile, a man brought a much larger container with what looked like a year’s worth of popcorn that he struggled to fit inside. 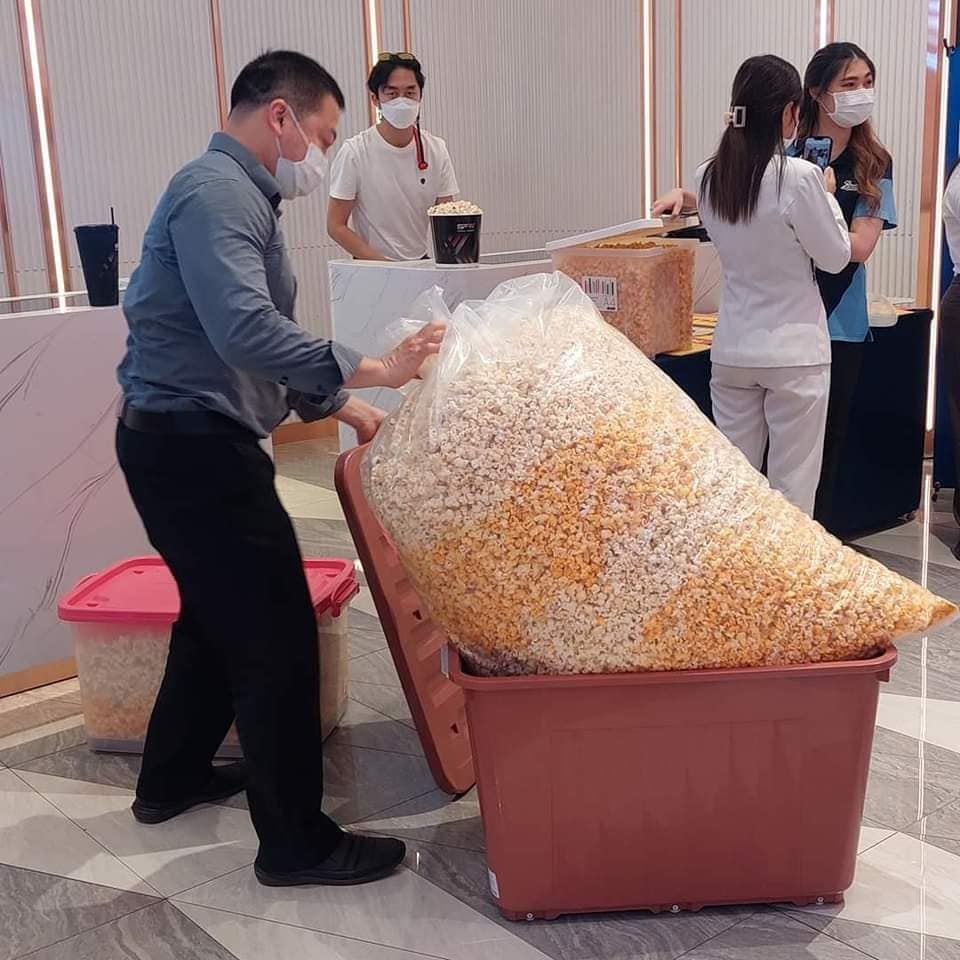 Of course, such huge quantities of the snack should be shared with loved ones. 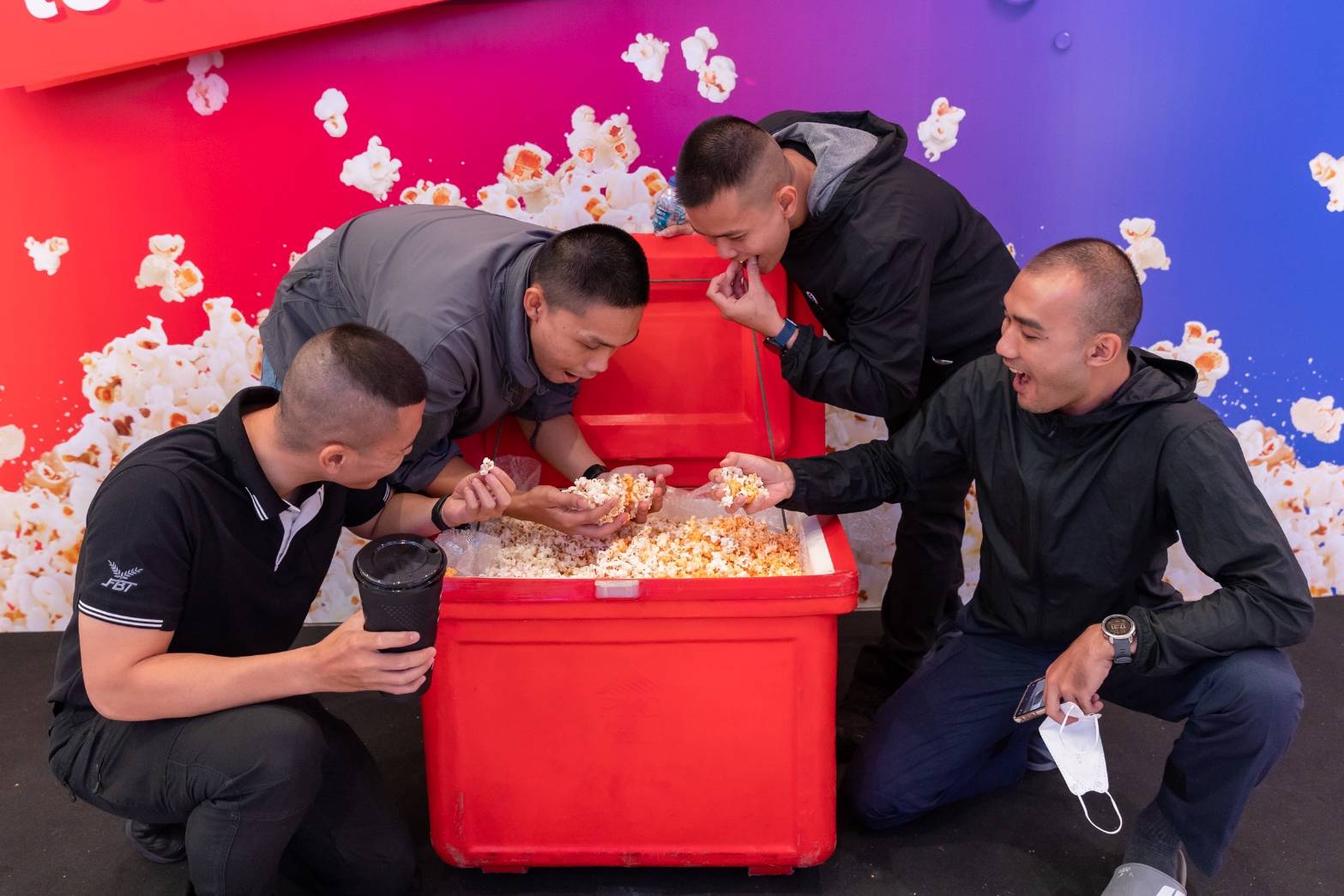 Thankfully, this group of friends had that in mind and collected their loot together.

Unsurprisingly, there were long queues at the cinema as moviegoers waited to claim their popcorn. 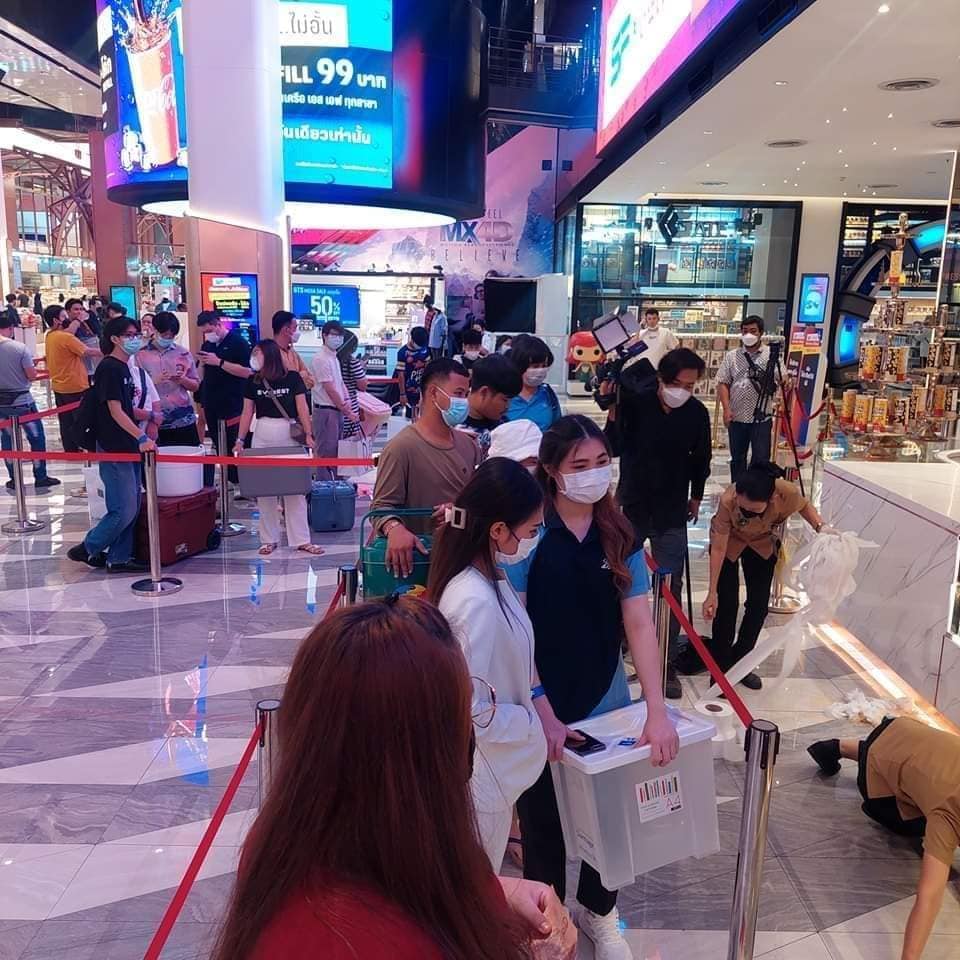 Sadly, the management decided to close the queue from 5pm yesterday (28 Nov). According to their Facebook post, there were service delays as customers brought containers of different shapes and sizes.

Although the cinema initially expected to finish serving customers the popcorn by 10pm, the staff were unable to do so.

Therefore, they extended their opening hours from 10pm to 12am for those with queue numbers.

Customers who were unable to get their popcorn by the new closing time could leave their containers at the outlet. 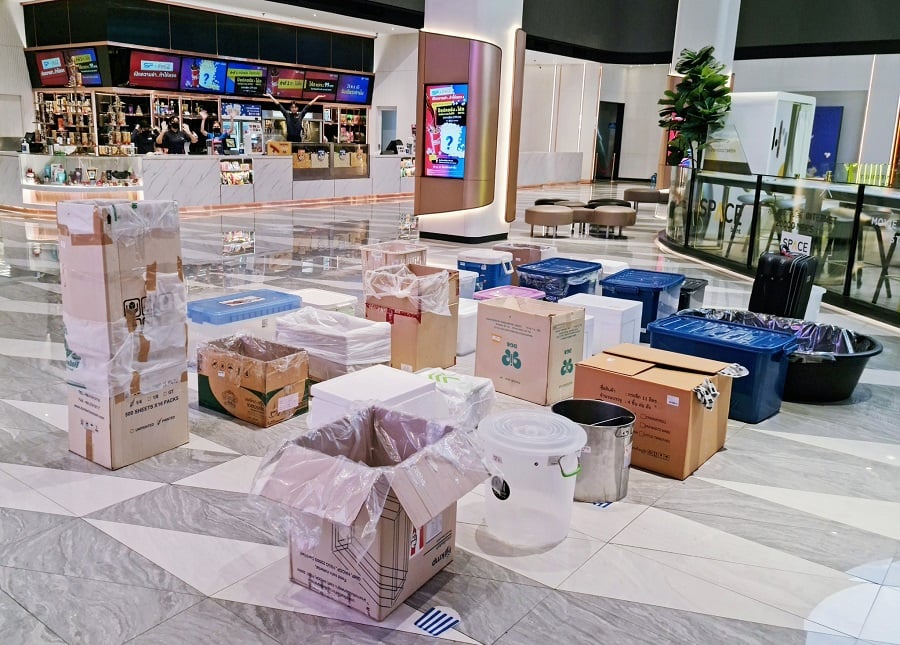 The cinema offered to fill them with popcorn and deliver them to customers’ homes the next day at no extra cost.

Judging from the overwhelming turnout, the promotion was definitely a success.

We’re sure lucky moviegoers are enjoying their popcorn in the comfort of their homes now.

Most importantly, we hope the promo generated much interest in the cinema in the long run.