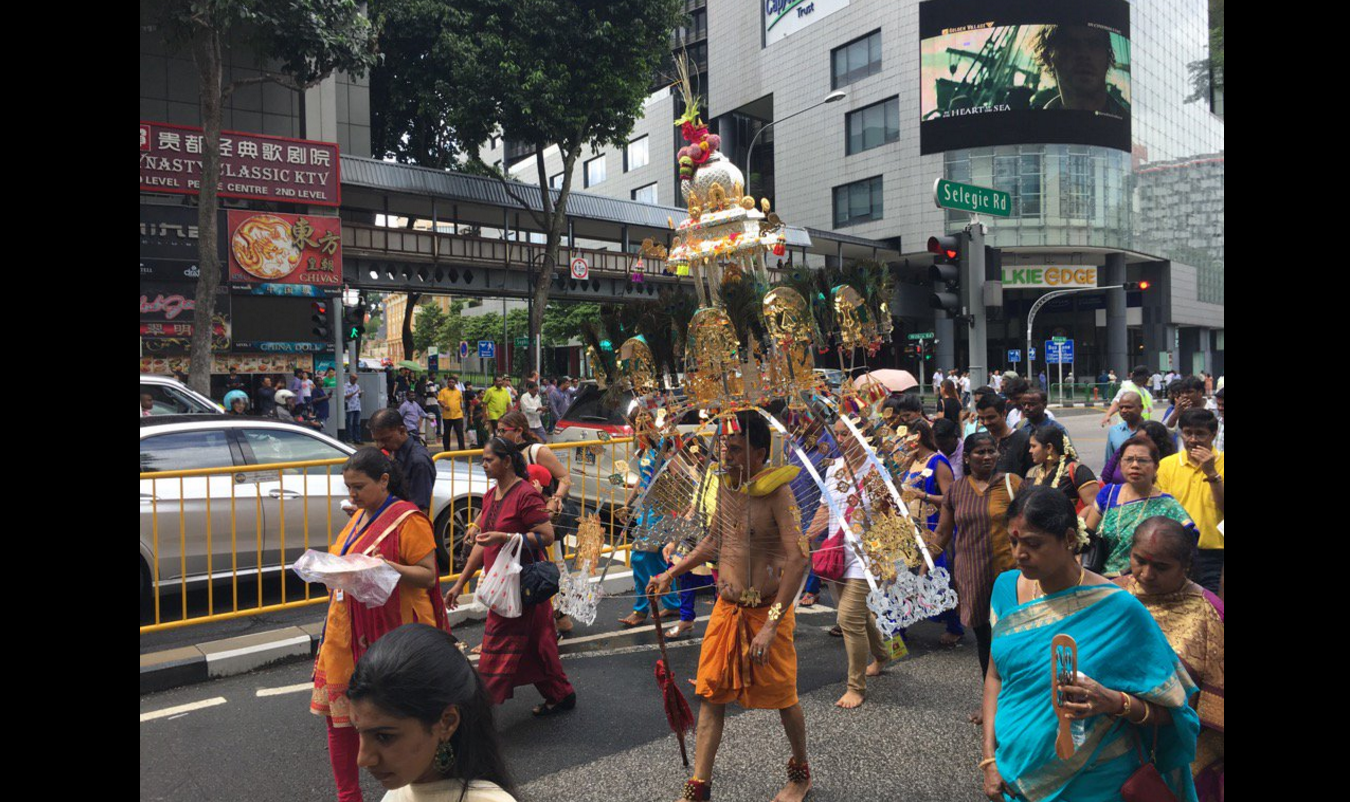 On 24 Jan, more than 20,000 people celebrated Thaipusam. And for the first time in 42 years, organisers featured live religious music at the procession.

That’s right, after a failed appeal in court to overturn the ban in 2015, after a social media upheaval that even playwright Alfian Sa’at joined in, the banned has been overturned.

Devotees young and old carrying the kavadi during the annual Thaipusam ritual where live music is allowed pic.twitter.com/d0hBtXoHfD

Thousands of onlookers and devotees gathered along the 4km route, which began from Sri Srinivasa Perumal Temple on Serangoon Road to Sri Thendayuthapani Temple on Tank Road to watch the festival.

In pictures: Music and devotion at this year's Thaipusam festival in Singapore https://t.co/EnEkn50seG pic.twitter.com/X0hC3sqU9F

Home Affairs and Law Minister K Shanmugam added that the mood was very positive at the live music points.

Minister Shanmugam also said that this year, there were more police officers as well as volunteers on the ground, not just to help with security but also to assist people.

“The key is to ensure that a small group doesn’t hijack the whole festival and create law and order issues,” he said.

Thaipusam in Singapore faced a live-music ban since 1973, because of a history of rivalry and fights between competing groups. Media reports that despite the ban, devotees have been playing musical instruments over the years.

The Kavadi, structures of steel and wood with sharp body piercings are carried by devotees. The Kavadi dance is an important part of the celebrations and followers of the procession in other countries traditionally play loud music, beat drums and sing to help devotees carrying the kavadi to bear the pain.

In February 2015, three men were arrested for their disorderly behaviour after another group was told to stop the use of traditional drums. They were accused of hurling vulgarities at the officers. The incident sparked public outcry and the public called for the music ban to be lifted.

Then, an appeal to commence a judicial review on the restriction of musical instruments against the Singapore Police Force (SPF) was rejected.

Respite finally came at the end of 2015, when the Hindu Endowments Board (HEB) and Singapore Police Force (SPF) announced that musicians who have been given approval, can play specified traditional instruments at three points along the route.