A way faster route to town from the north.

The Land Transport Authority (LTA) has handed over the 11 Thomson-East Coast Line (TEL) Phase 3 stations to SMRT today (17 Aug), it said on Facebook. 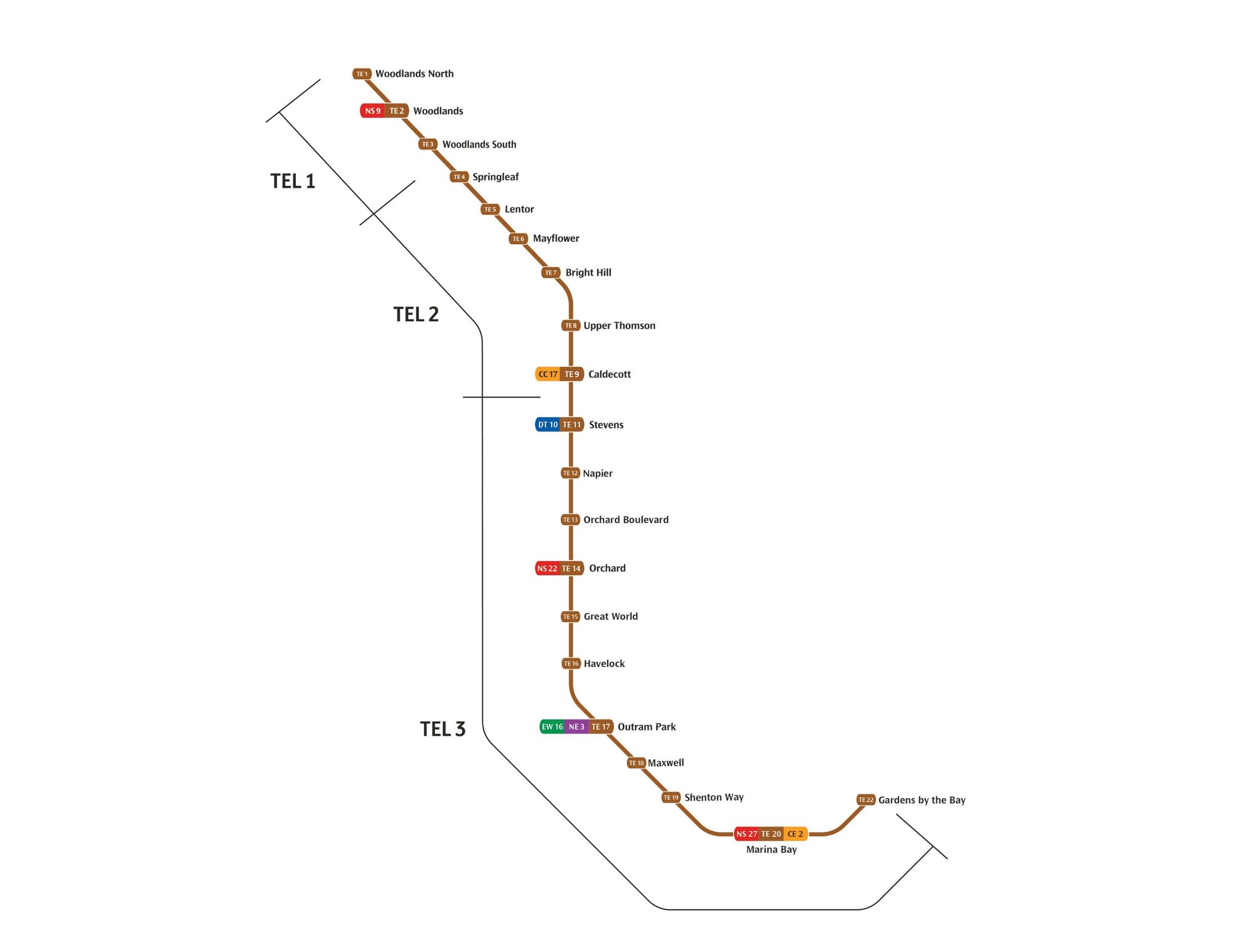 Though the 11 stations won’t open just yet, as SMRT still needs to conduct tests, we can expect them to open by the end of the year.

TEL1 and TEL2 have been operating since last year, but without full connectivity to the city area, many residents in the North are still relying on the North-South Line to get to places like Orchard.

When TEL3 opens, it will connect these residents from Woodlands to Orchard quicker than before.

LTA said that travel times can be cut by over 40% between Springleaf and Great World City with TEL3, as compared to an hour’s journey via bus and MRT today.

11 New TEL Stations Will Connect The North To CBD, Opening In Second Half Of 2022

These are the 11 stations opening under TEL3:

SMRT will now conduct operational tests with LTA to prepare the stations for passenger service by end-2022.

TEL3’s opening will complete the Thomson stretch of the TEL.

Those who stay in the East, especially the Marine Parade and East Coast area, will have to wait until at least 2024 for the next two TEL stages to open.

Dubbed the East Coast stretch, there will be 10 stations to open by 2025, finally giving Marine Parade residents an MRT line.