The driver could be heard asking for payment if his car ended up damaged.

Given how expensive cars are in Singapore, it’s only understandable that motorists are extremely ‘protective’ of their vehicles and will try their best not to get them damaged.

On Thursday (24 Mar), a driver went viral after he refused to move his Rolls-Royce along Seng Poh Road in Tiong Bahru, claiming there was insufficient space.

Netizens, however, thought otherwise and pointed out that there was plenty of space for the vehicle to pass.

Originally posted on Wake Up Singapore’s TikTok page, the video has since been taken down and was subsequently reshared on ROADS.sg‘s Facebook page.

At the start of the video, the person behind the camera could be heard shouting at another man clad in white, asking the latter to move his car as there were “many people waiting for him (you)”. 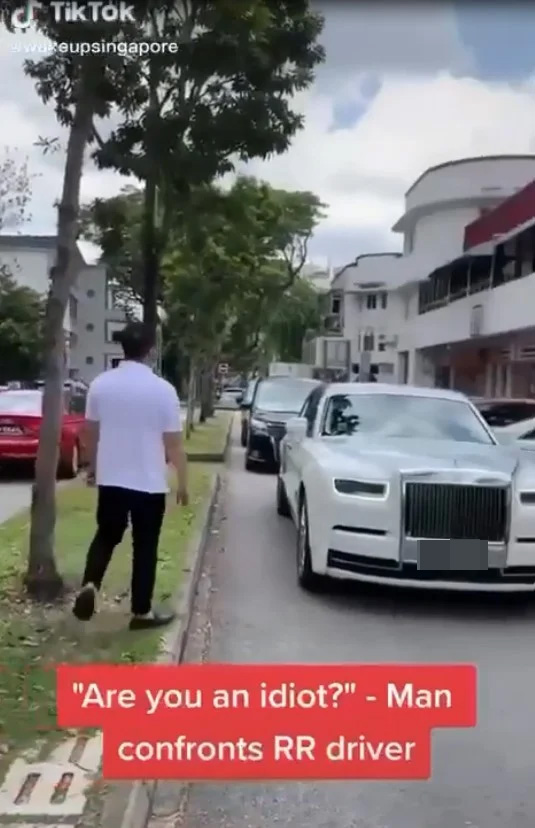 As seen in the video, a number of cars were lined up behind the stationary white Rolls-Royce. 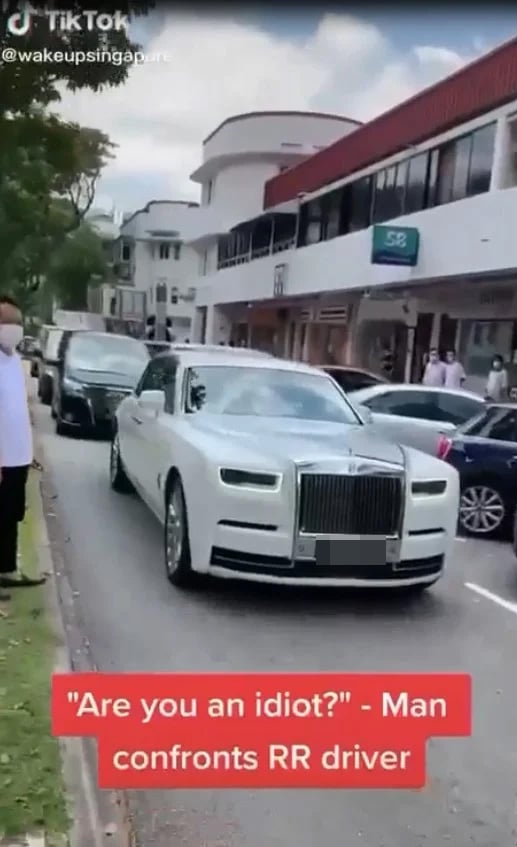 The man then panned the camera towards a parked BMW and asserted loudly, “There’s more than enough space!” — presumably referring to the space behind the white hatchback. 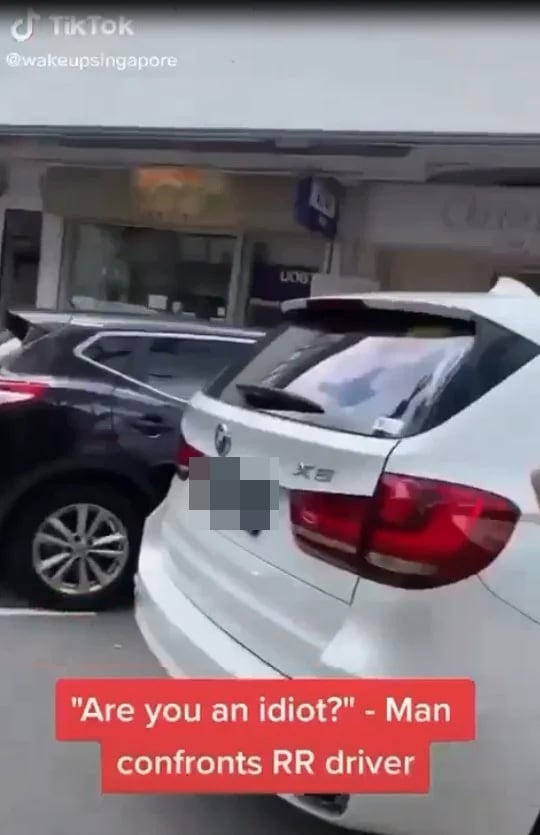 The man in white then responded, asking if the person behind the camera would pay for the damages if the Rolls-Royce got scratched. 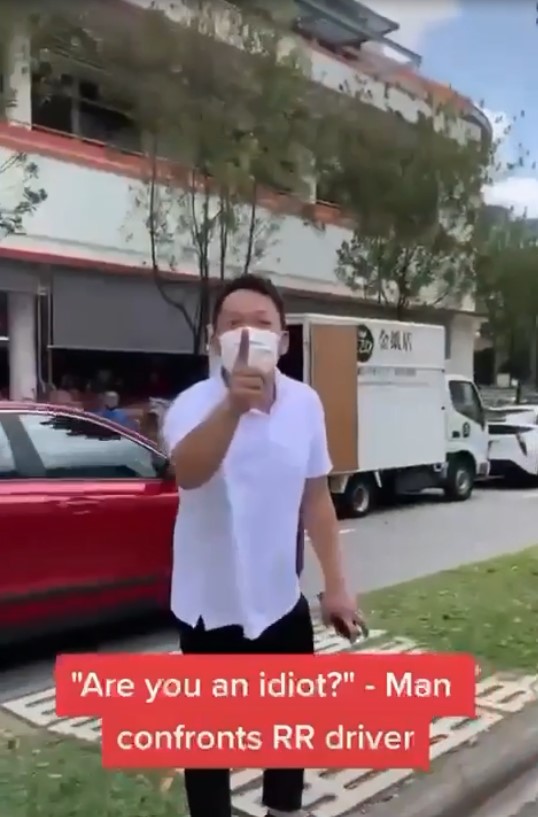 Another lady joined the heated conversation, assuring the man in white that there was sufficient space for his car to pass. 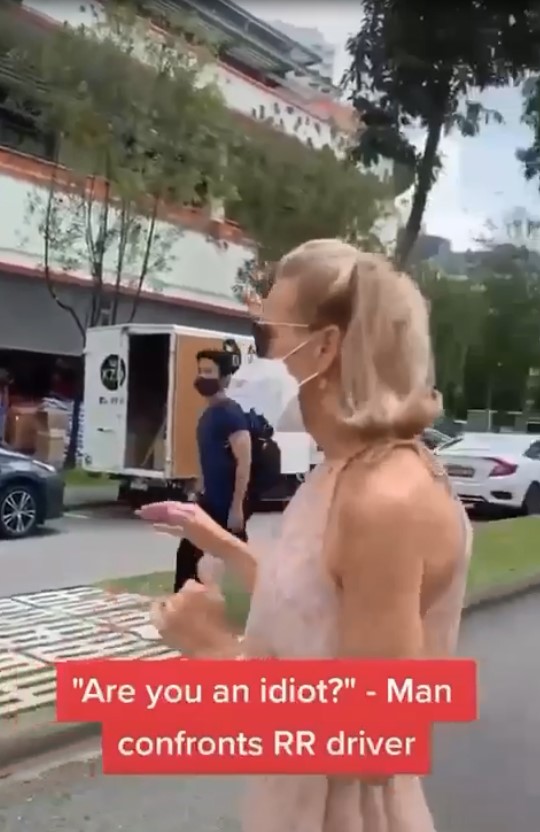 However, the man insisted that he could not pass the parked car and walked off afterwards. 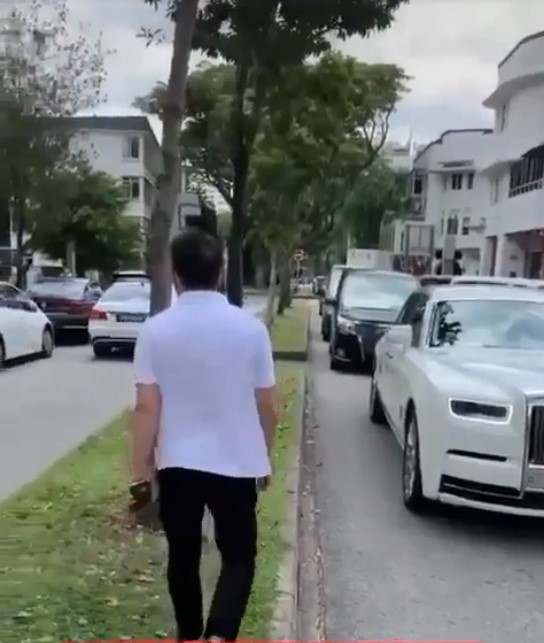 It’s unclear whether the man eventually drove past and allowed the vehicles behind to move forward.

The video has since gone viral, with over 1,500 comments at the time of writing.

Many netizens thought that the Rolls-Royce had sufficient space to drive past the parked BMW without sustaining any damage.

A Facebook user even pointed out how the parked car had a bike in front of it, which perhaps explained why the rear was jutted out slightly.

Some netizens also suggested that the affected drivers should have extended a helping hand by keeping a lookout for the driver as he attempts to drive past. 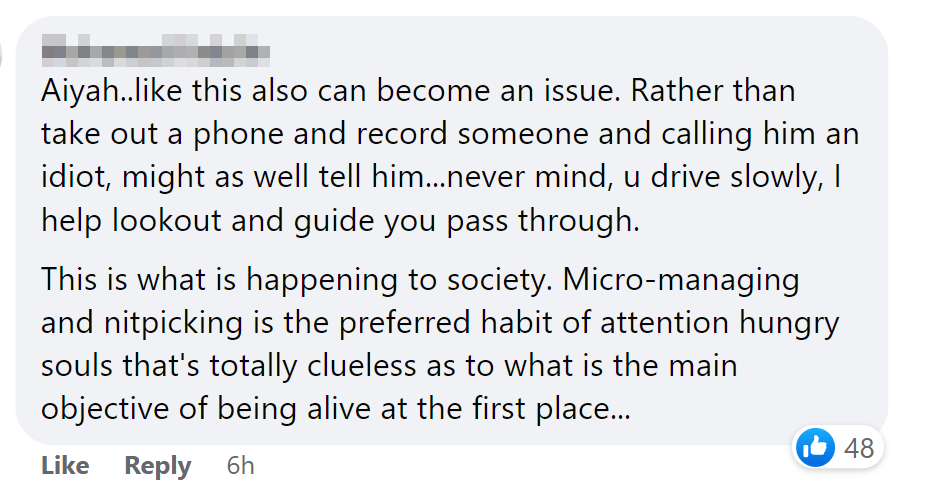 This netizen looked at the incident through a more positive lens and wrote that the driver might have acted the way he did so he’s not repeating a mistake he made previously.

Regardless, many of the netizens believed that the man had ample space to drive past without obstructing the traffic behind him.

While the driver’s reluctance to damage the Rolls-Royce is understandable, there are perhaps ways to prevent such a situation from happening.

One solution could perhaps involve enlisting the help of other drivers to ensure there was enough space for the car to pass.

Nonetheless, we hope the car did eventually manage to get out of the tricky situation and that those behind him didn’t have to wait for too long.