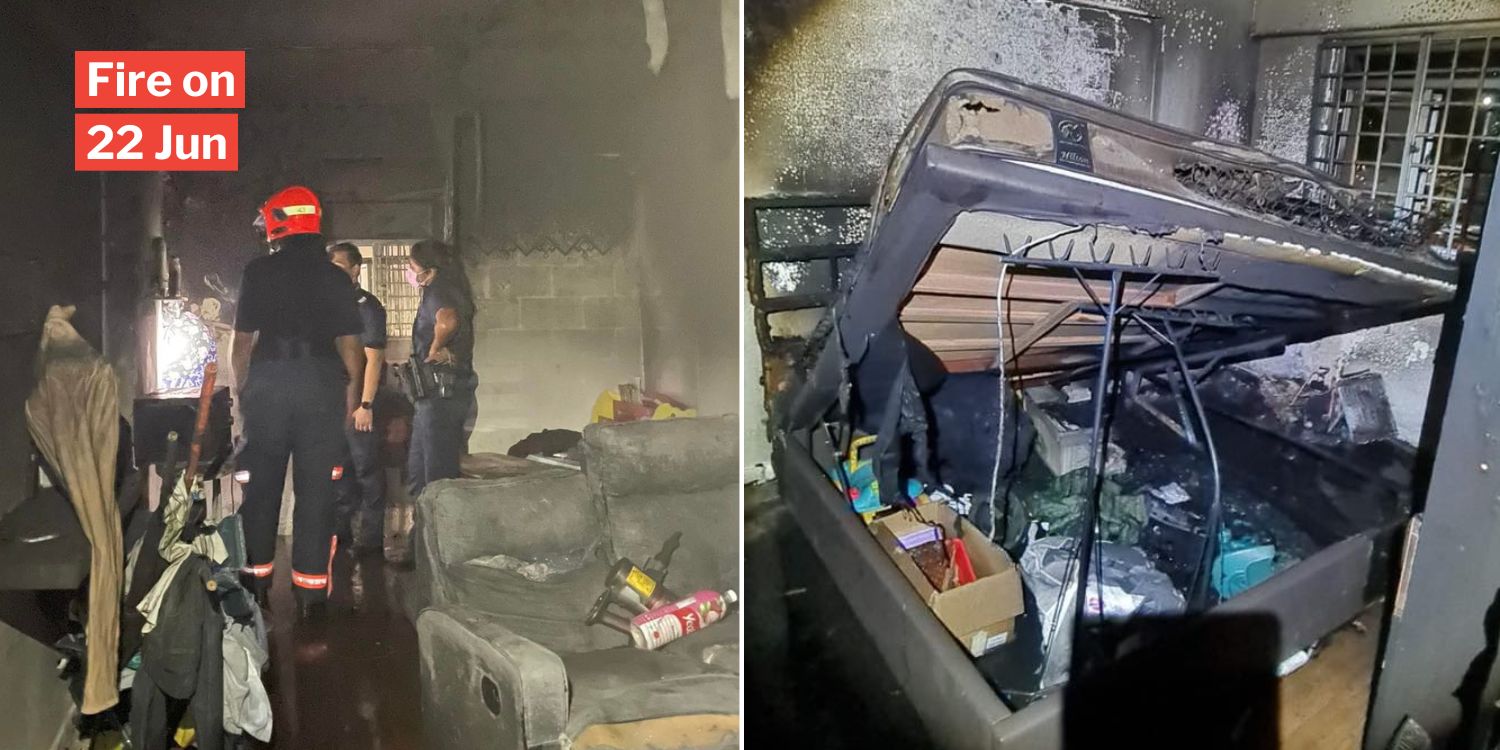 The older boy suffered blisters on his ear and his younger brother had minor cuts.

On Wednesday (22 Jun) night, two toddlers were apparently in a Marsiling flat when it caught fire. Thankfully, police officers managed to rescue them.

More information has since come to light concerning the incident, particularly about the toddlers’ circumstances then.

According to TODAY, the children, aged one and three, were in the flat alone as their mother had gone out briefly for a grocery run. 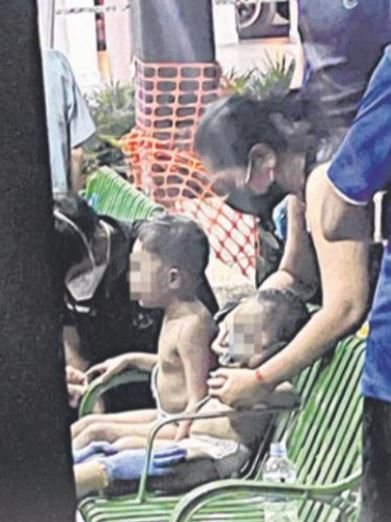 Thankfully, the older child’s protective instincts kicked in as he apparently shielded his younger brother from harm.

Marsiling fire broke out in bedroom where toddlers were sleeping

Speaking to the toddlers’ father, TODAY reported that the fire broke out in a bedroom where the toddlers were asleep in. When the fire occurred, the two boys were allegedly at home alone. Their mother had gone out to buy groceries from a nearby store and it was unclear where the father was at that time.

Seeing the blaze in the room, the older boy dragged his younger brother out of the bedroom and into the living room.

The older sibling also selflessly protected his younger brother from danger and took “most of the injures” for his brother.

According to TODAY, the three-year-old suffered blisters on his ears while the one-year-old had minor cuts.

The boys were later rescued by police officers after one of their neighbours urged them to check if the toddlers were in the flat.

Lianhe Zaobao reported that the police had to pry open a lock in order to rescue the boys in the flat.

60 residents evacuated as a precaution

At about 10.40pm on Wednesday (22 Jun), the SCDF responded to a call for assistance at Block 218 Marsiling Crescent. Upon arriving, officers saw a second-floor unit on fire, with thick black smoke billowing from it.

As a precautionary measure, 60 residents from neighbouring units were evacuated.

After being rescued, the two boys were conveyed to KK Women’s and Children’s Hospital.

The cause of the fire was still under investigation as of 23 Jun morning.

In an update on Thursday (23 Jun) afternoon, Marsiling-Yew Tee GRC MP Zaqy Mohamad shared that the family is “faring well”.

Additionally, the toddlers are apparently in stable condition and should be discharged from the hospital soon if all goes well.

HDB has also helped to prepare temporary accommodation for the affected family.

Thankful that everyone is fine

While not everyone might agree with leaving young children at home alone, we may not know the family’s circumstances that could have led to that decision.

Needless to say, we’re glad that they’re alright, thanks to the older child’s selfless act as well as the neighbour’s and police officers’ quick thinking.

We hope the toddlers’ injuries are not too serious and we wish them a speedy and smooth recovery.