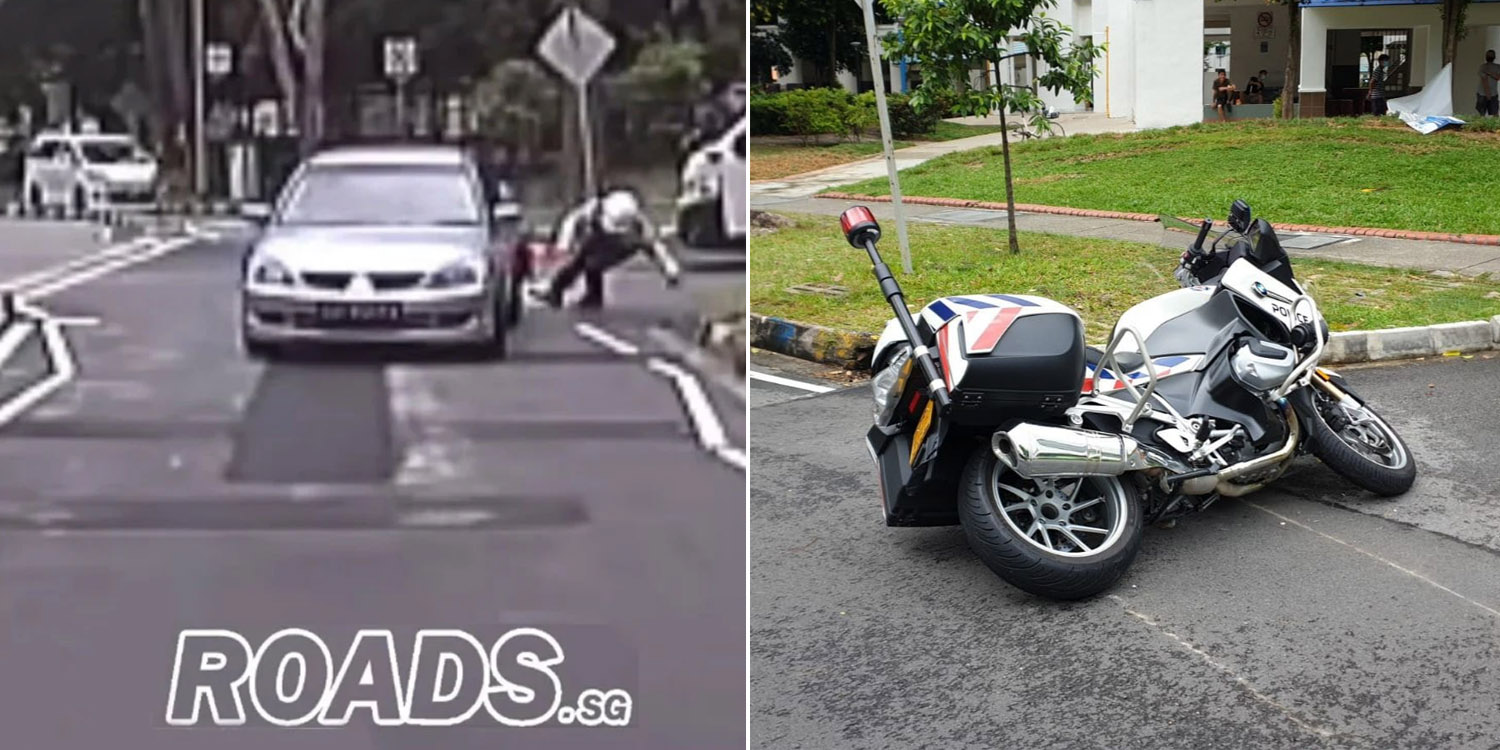 Yesterday (28 Oct), a traffic police (TP) officer was knocked down in Geylang by a reversing car which he and his colleagues had signalled to stop. Police arrested 2 men following the incident.

Car Speeds Away After Knocking Traffic Police Down In Geylang, 2 Men Arrested

Later in the evening, Minister of State for Home Affairs Muhammad Faishal Ibrahim shared his relief upon learning that the TP officer wasn’t seriously injured. Addressing the incident, Associate Professor Faishal said it highlights the risks that TP officers face in their line of work.

Having spoken to Senior Staff Sergeant (SSSgt) Haidil, the TP officer involved in the accident, Prof Faishal said he was glad the traffic enforcer was alright.

The bike, however, was damaged with visible scratches on various parts. 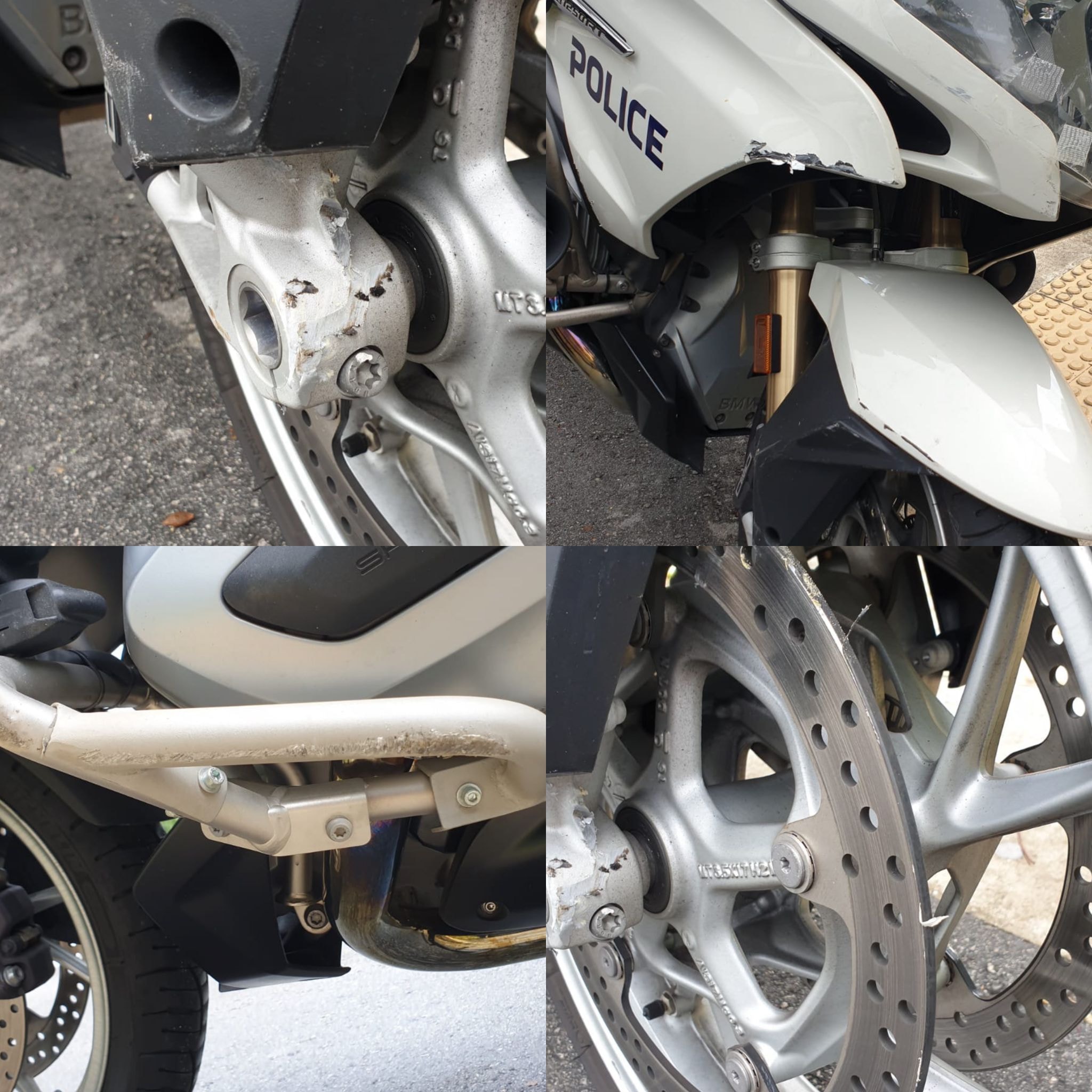 Though the TP officer did not suffer any major injures, Prof Faishal nevertheless wished him a swift recovery.

Separately, the Minister was happy to learn that the offender had been arrested.

Prof Faishal also highlighted the inherent risks that are part of a TP officer’s job.

For starters, TP officers are unable to read the intentions of road users until the last minute.

Additionally, motorbikes offer little protection, which puts them in a vulnerable position when carrying out their duties. 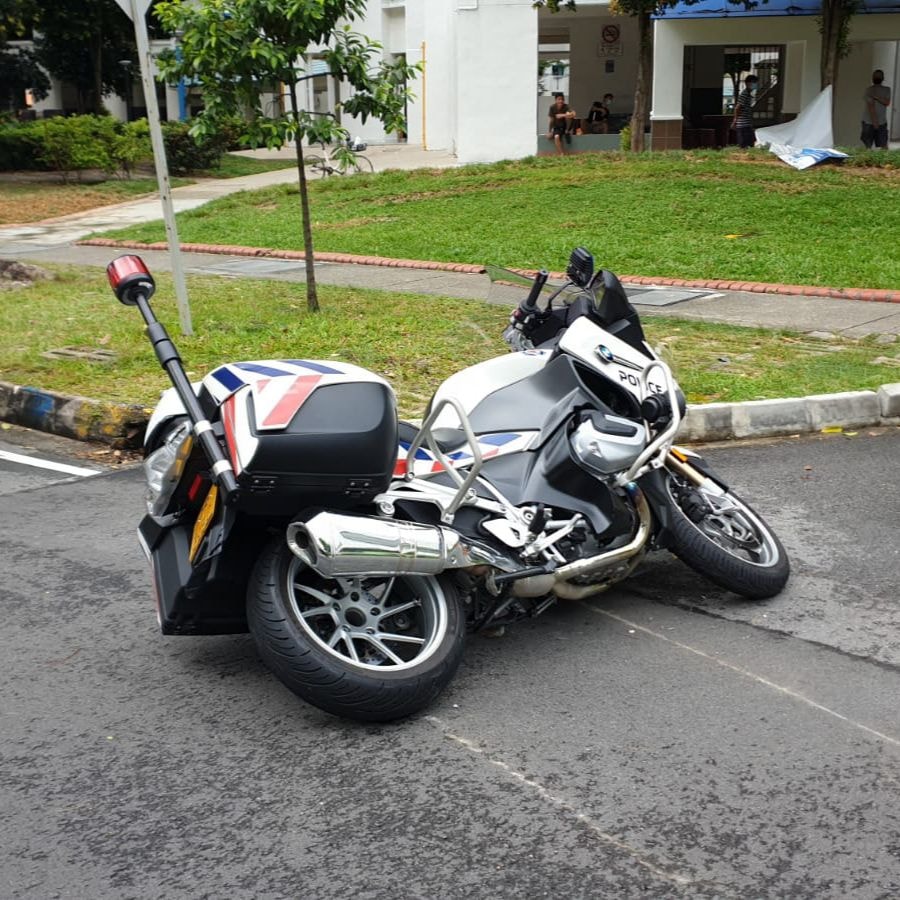 Hence, TP officers rely a lot on their training, experience, and instincts to navigate tricky and dangerous situations.

Despite being well-aware of the dangers, TP officers continue to take their work in stride.

Prof Faishal thus expressed his admiration for their professionalism and dedication.

He also took the chance to thank TP officers for their work and hope road users will do their part to keep our roads safe.

The accident that transpired in Geylang was certainly scary, and one we thought would only happen in movies or games.

We’re glad that SSSgt Haidil did not suffer any serious injuries and hope he’s able to return to work without any issues.

Moving forward, we hope road users will be more cooperative when engaged by TP officers and will not put them or anyone else in any unnecessary danger.