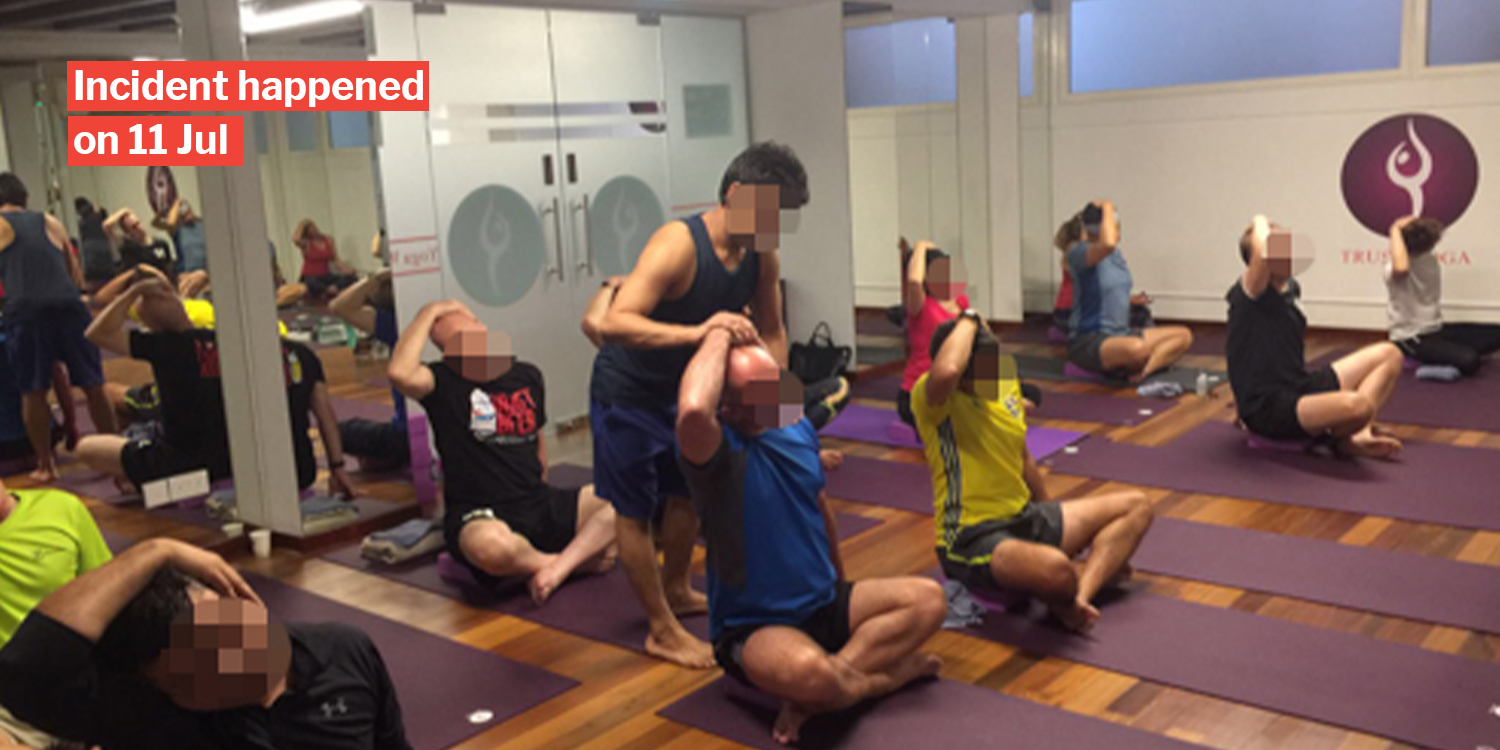 At around the same time that a personal trainer was accused of inappropriate touching, accounts of a yoga trainer allegedly doing similar things also surfaced.

Trust Yoga Studio published a statement on Facebook addressing how a student had made allegations about an instructor there. 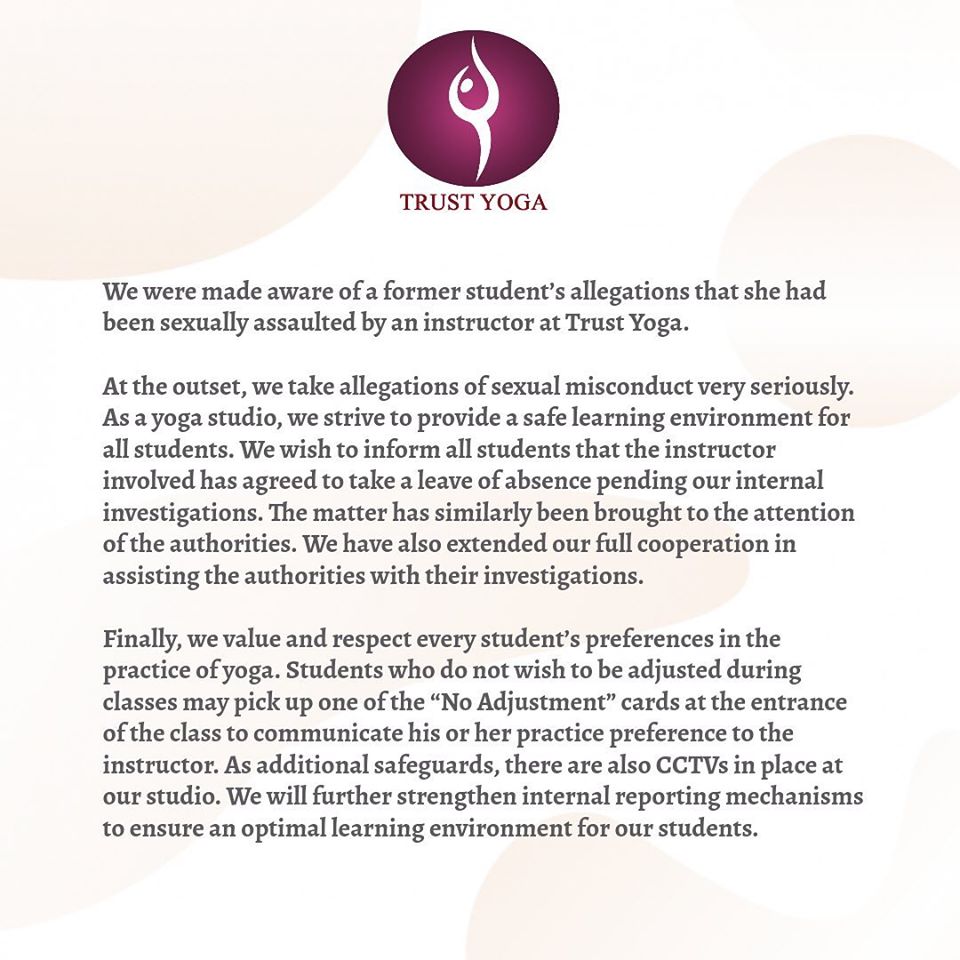 The trainer in question is currently on a leave of absence while investigations are ongoing.

A former student at Trust Yoga came out with allegations on Twitter against the trainer on 31 Jul. 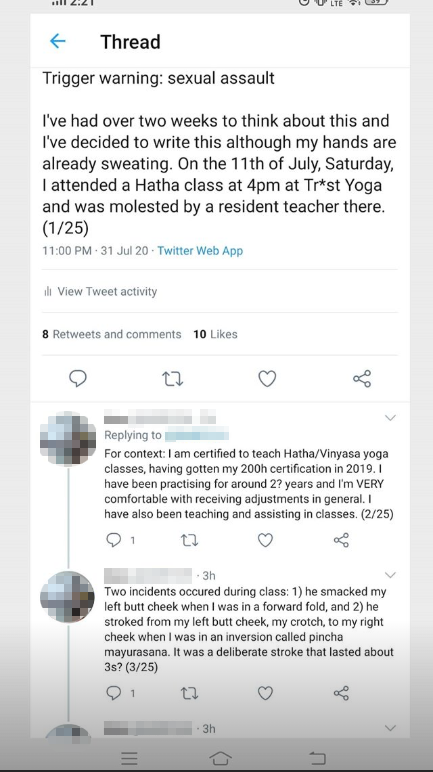 You can view the rest of the stories here.

The incident allegedly took place on 11 Jul, and while she was in an inverse yoga pose, the trainer allegedly touched her inappropriately.

After the incident, she was in shock and kneeled on her mat until another staff member approached her.

She made a complaint the next day, 12 Jul. However, despite the staff member’s awareness of other incidents as well as her complaint, the trainer in question was allegedly still working.

The OP confirmed that she received a refund from the studio after she made her complaint, but investigations are still ongoing.

There were apparently other similar complaints made by students about the trainer. 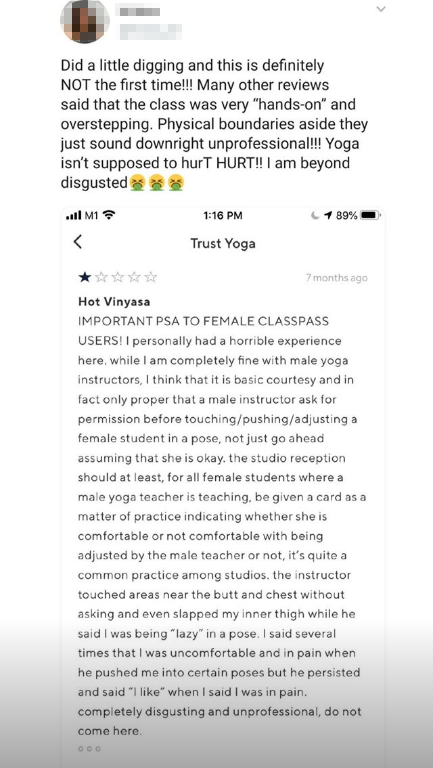 In response to the allegations, the studio has put the trainer on a leave of absence while they conduct internal investigations.

They also take the allegations seriously and are cooperating with authorities.

Lastly, Trust Yoga note that they’ll strengthen internal report mechanisms to ensure their safety, and students have the choice to take ‘No Adjustment’ cards to indicate their preferences during classes.

According to the OP, she is seeking legal advice while the case is pending investigations by authorities.

The OP’s main purpose of highlighting the story is to show that sexual assault is not okay, especially under the pretext of adjustments.

Adjusting students’ poses can be done safely without touching private or sensitive areas, she said.

Newer students may also not be aware that the practice isn’t normal, so this PSA is important to let others know that inappropriate touching is grounds for report.

Props go to the OP for speaking out, not only for her bravery but also to educate the wider community on what is appropriate and what isn’t for yoga.

Victims can be afraid to speak up due to various reasons, but hopefully this can change going forward.