Uncle Replays Wife’s Voice Message While Queueing For Food, Turns Out She Has Passed Away

Great love stories are hard to come by.

Some depict epic tales of star-crossed lovers and grand romantic gestures, others take form in an old voice message, played over and over again.

A netizen recounts a touching encounter with a fellow customer at a nasi lemak store, who was listening to his wife’s voice messages while queueing. 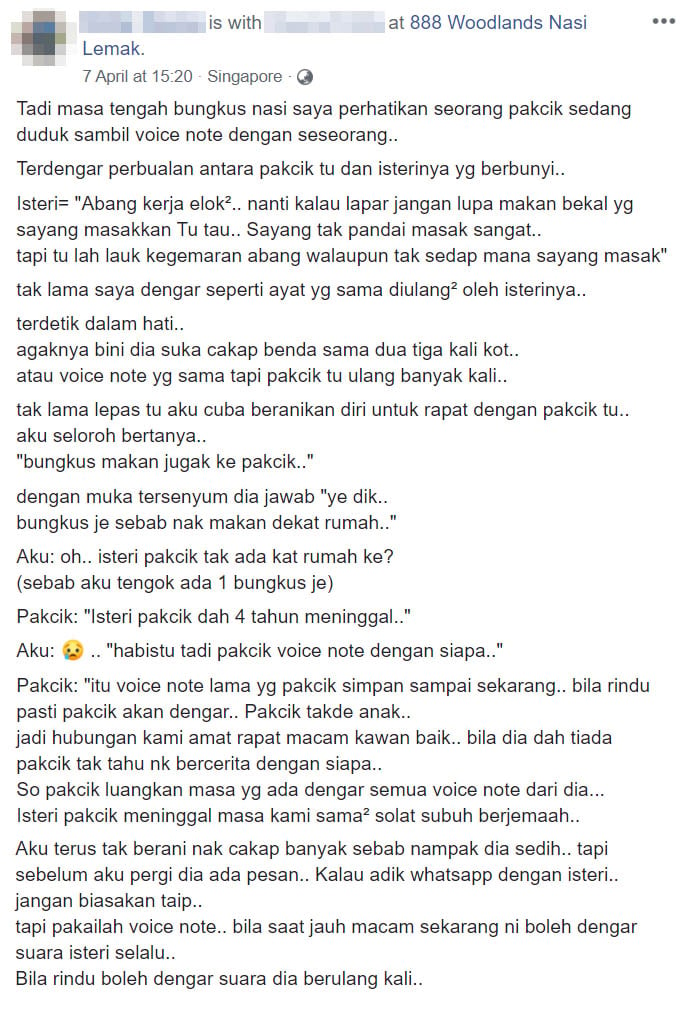 It was only later did he find out that his wife had passed away and she had left him with a simple message of love he listens to every day.

The entire post is in Malay, but we’ve translated the gist of the story for you in English. Read on to learn more about Mr Eddie’s moving encounter.

According to Mr Eddie in his viral Facebook post, he was queueing at a Woodlands nasi lemak place when he spotted the uncle.

He overheard a woman’s voice playing from the man’s phone, saying,

Darling, work well. Later when you’re hungry, don’t forget to eat the packed food that I cooked. I’m not very good at cooking, but that’s your favourite dish even though it may not taste as nice.

The sweet note melted Mr Eddie’s heart, as the couple’s ‘conversation’ felt so wholesome to him.

Reveals wife has passed on 4 years ago

Mr Eddie gathered the courage to talk to the uncle, asking him if he was dabao-ing as well. He realised that the man only ordered 1 packet of nasi lemak. 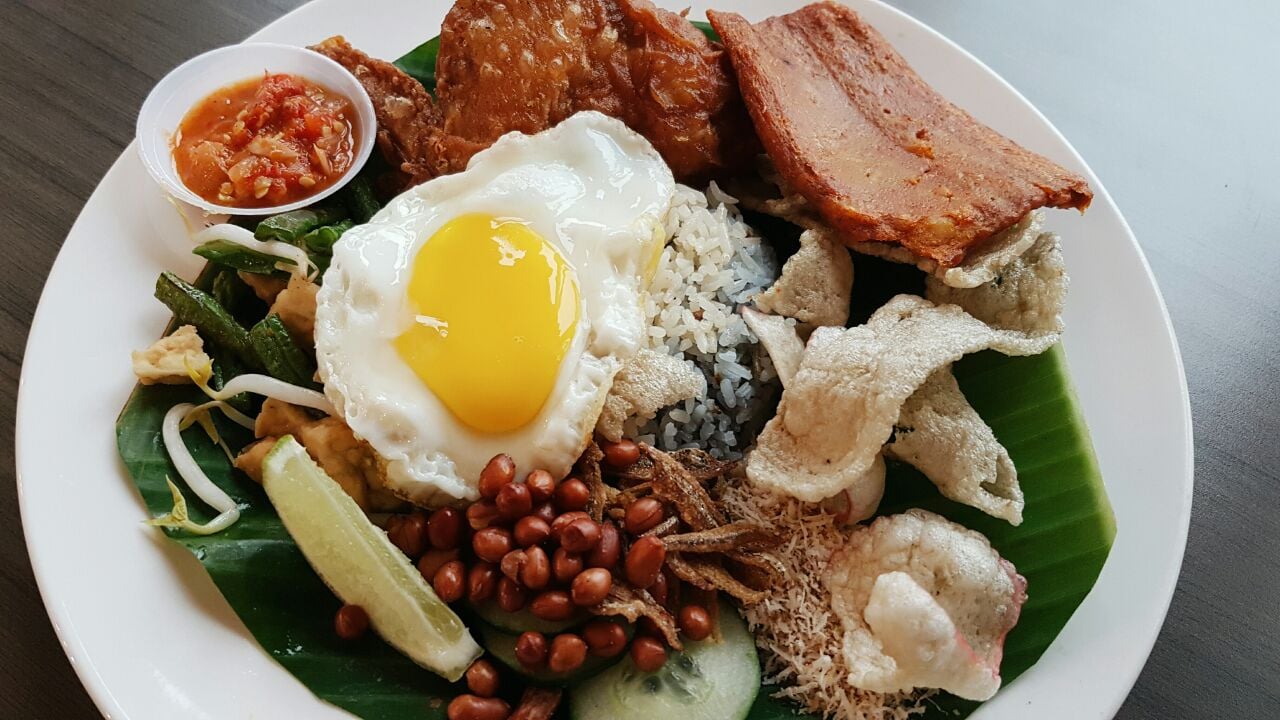 Mr Eddie hence innocently asked, “Is your wife not at home?”

His question was however met with a heartbreaking response. The uncle’s wife actually passed away 4 years ago.

He revealed that he wasn’t actually talking to his sweetheart, but was simply replaying voice messages from the past.

These affectionate notes left by his wife then becomes a medium for him to reconnect with her. Therefore, he spends his time listening to them on repeat.

After all, she was his best friend, said the uncle.

Cherish the people around you, drop them a voicemail

During this ‘Circuit Breaker’ period, some of us are separated from our loved ones for quite some time.

Though so, we can still drop our words of affirmation and encouragement through a voicemail or video call.

Especially during this period of uncertainty, let’s cherish our chances to tell the people you love how much you care for them.