A similar incident with an Uzbekistan couple went viral in 2019.

As far as life events go, weddings are one of the most anticipated — it’s a time when one can celebrate their love for their other half, surrounded by their nearest and dearest.

However, that was not the case for a bride in Uzbekistan whose happy day turned sour when the groom hit her.

In Uzbekistan, groom hit the bride right at the wedding in front if guests, relatives, families from both sides. Noone stopped him, noone to defend her.
Footage shows the couple participated in game, after which he hit her.
We need an @WomanTreaty urgently pic.twitter.com/rgjtc4qM2W

After emerging victorious over her new husband in a game, she was hit on the back of her head by her partner.

The man has since been charged with hooliganism and may spend up to 15 days in detention if found guilty.

Bride and groom in Uzbekistan were playing game on stage

In a short clip posted by Twitter user @l_seittbek on Monday (13 Jun), a bride and groom are flanked by presumably the best man and maid of honour.

A toastmaster is heard offscreen cheering on the couple as they play a friendly game.

Not long after, the bride wins and raises her hand in victory, leading guests to cheer in support. 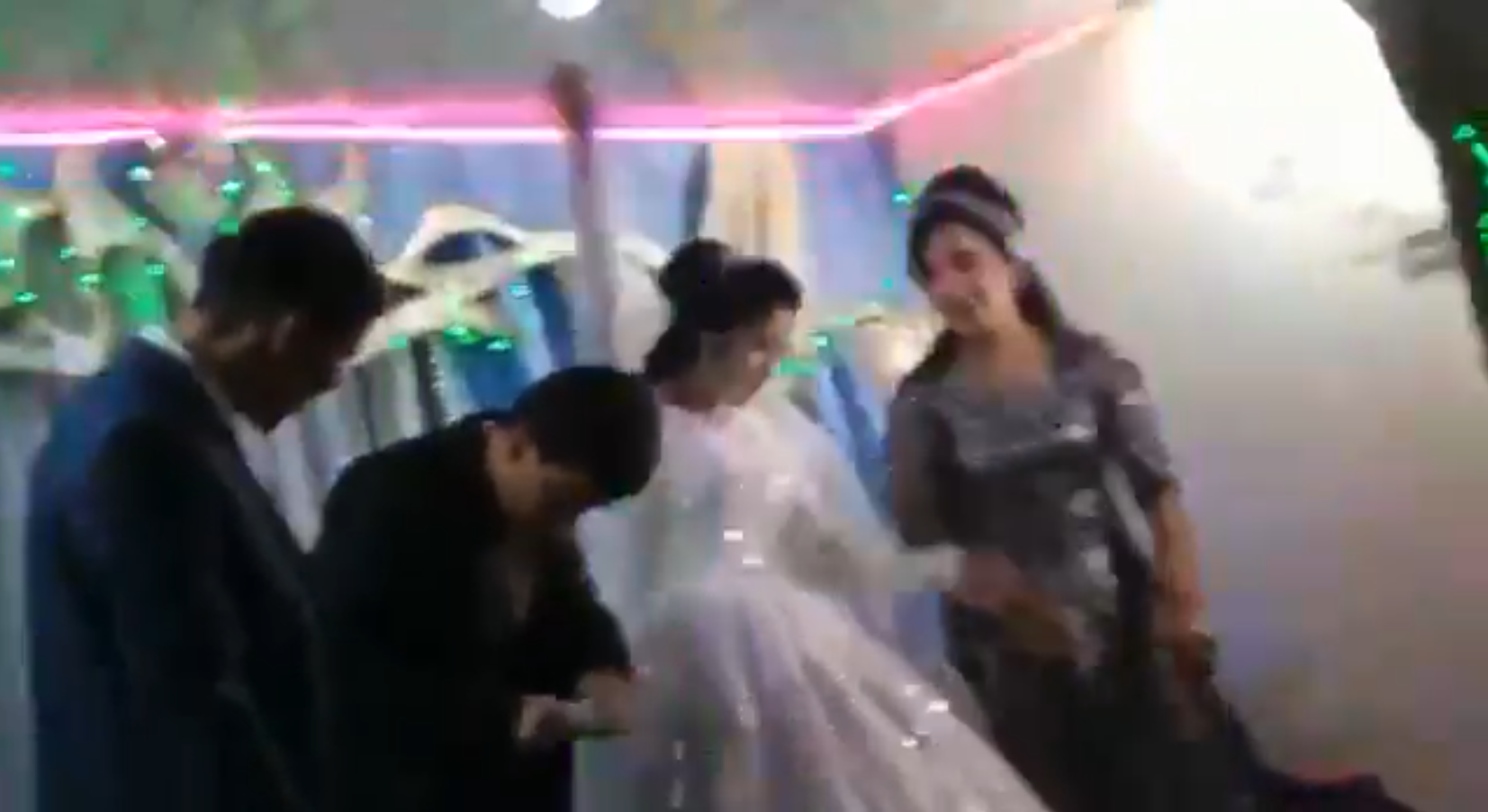 The groom then raises his hand as if to gracefully admit defeat, only to land it on the back of his wife’s head in a harsh blow.

The hit causes the bride to stumble toward her maid of honour while she holds her forehead in pain.

Maid of honour and best man have opposite reactions

As the bride tries to recover from the hit, her maid of honour steps in to offer support.

She helps her friend get off the stage, and soon another woman steps up to lead the two of them away. 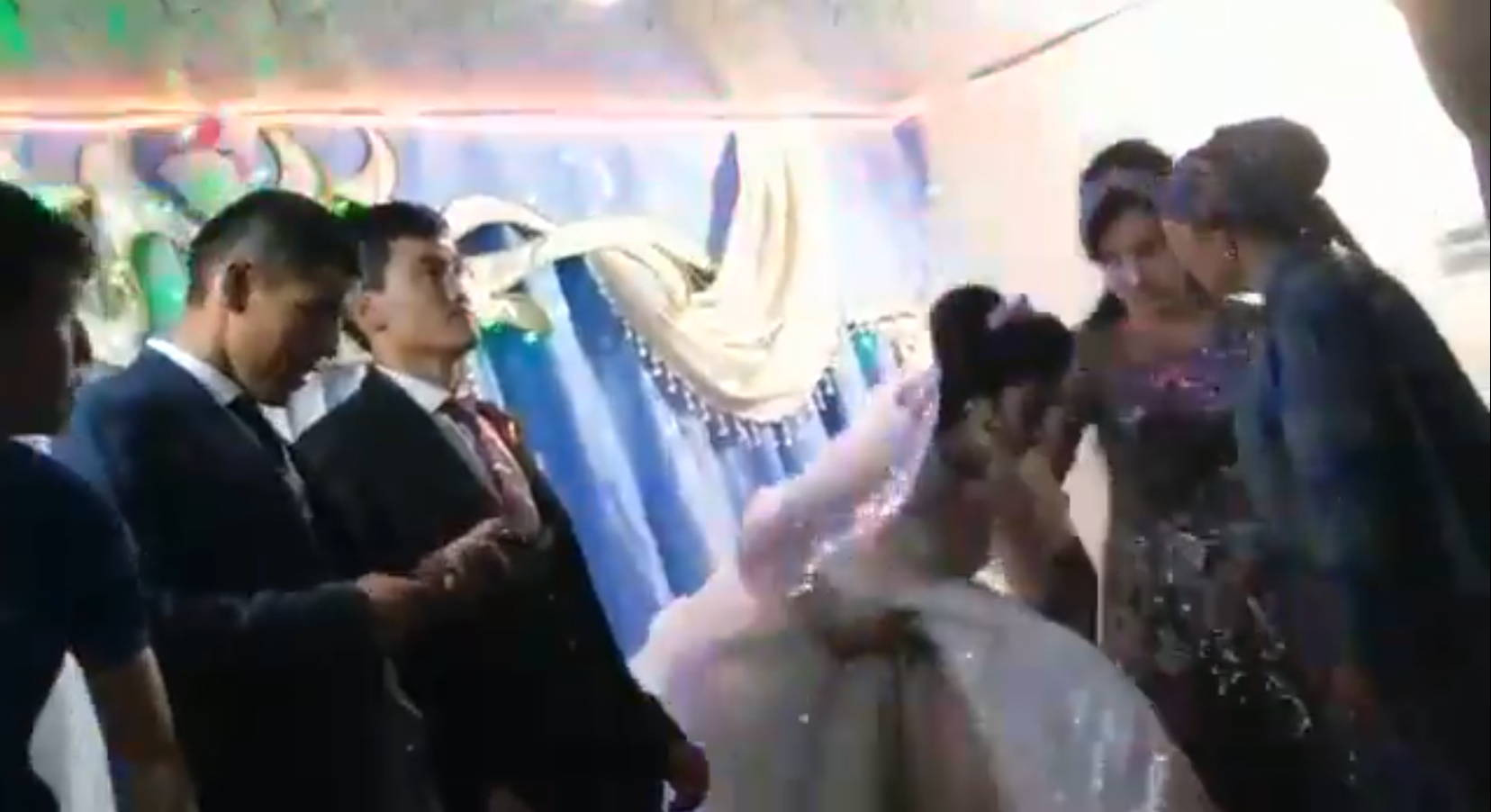 As for the best man, he is seen smiling awkwardly before looking down at his phone.

Throughout all this, the groom looked straight ahead with a cold expression, seemingly unfazed.

The crowd that was cheering when the bride emerged victorious also fell completely silent, presumably to process the shock of what just occurred.

While it is unclear what happened after the video, there is no question as to what netizens think about it.

With the clip having garnered 1.6 million views at the time of writing, many users have taken to Twitter to condemn the man’s actions.

One user was up in arms over the incident, saying that they would have grievously injured the groom if something similar happened to them or their sister.

Another Twitter user painted a sad but highly possible picture of the aftermath, lamenting that it was usually the bride who would be guilted into staying.

One of the replies made a chilling observation based on the bride’s reaction that this might not have been the first time she was hit.

The original poster chipped in as well to say that such an incident was part of a culture where violence is seen as unfortunate but integral.

For some, the video brought to mind another equally chilling incident that also took place in the same country.

A clip of an Uzbekistan wedding circulated widely in 2019, showing the bride being hit by her groom after she teased him with a slice of cake.

In the clip, the woman was about to feed her husband their wedding cake but withdrew it from him a few times in a teasing gesture.

This angered the groom and he slapped his wife hard, causing her to fall back and hold her face in pain.

Back then, it also drew ire from netizens who were shocked by such a thing happening on one’s wedding day.

On Wednesday (15 Jun), Uzbekistan authorities said the groom has been charged with “petty hooliganism” over the incident on 6 Jun.

The groom has reportedly apologised to the bride and “expressed regret at his actions”. They’ve since reconciled and are staying together.

If found guilty of his charge, the man faces up to 15 days’ detention and a fine.

Violence towards another being is never acceptable, much less when it is towards your significant other.

Although this isn’t the first time such incidents have happened in the country, we’re glad the authorities are taking action against the perpetrator.

Hopefully, the groom is sincere with his apology and will not repeat his actions throughout their marriage.