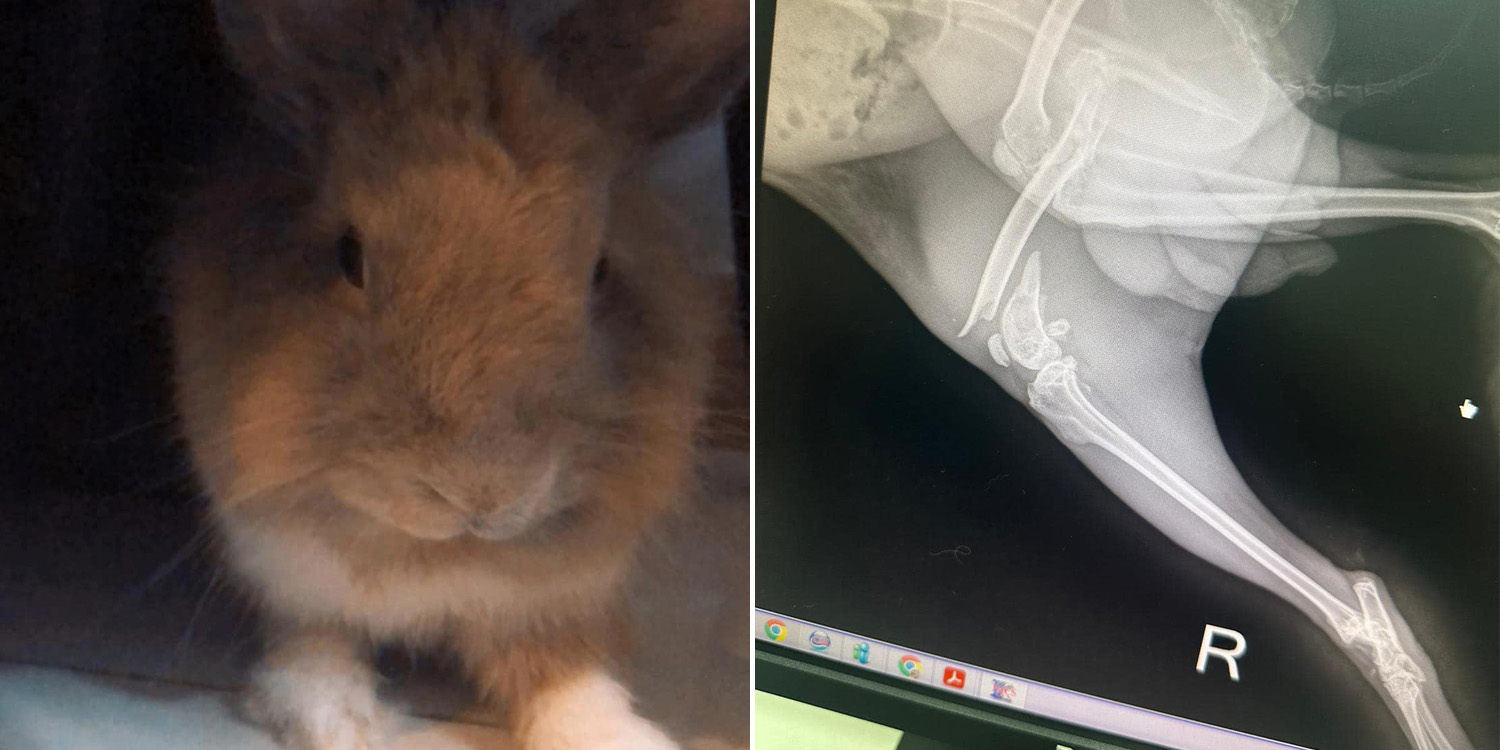 The clinic's owner apologised for the incident but said his employees do not appear to be culpable.

To many pet owners, their fur kids are like their own family members. Understandably, they can get pretty anxious when their pets fall ill or get injured.

Recently, a woman took to social media to share allegations of her bunny getting mishandled at a vet clinic in Yishun.

An assistant at the clinic was apparently rough with the lady’s bunny, allegedly fracturing the animal’s hind leg in the process.

After carrying out an internal investigation, the clinic apologised for the incident but maintained that their staff wasn’t culpable for the bunny’s injury.

According to the woman’s Facebook post, the incident happened on 15 Nov at a vet clinic in Yishun. The lady shared that her bunny was having diarrhoea at the time. But during the visit, she claimed that the clinic assistant carried her bunny in a “rough” manner.

“The way he carried him proved that he’s not professional in handling small pets,” she said, “my bunny was so terrified that it struggled and jumped out from his hands.” 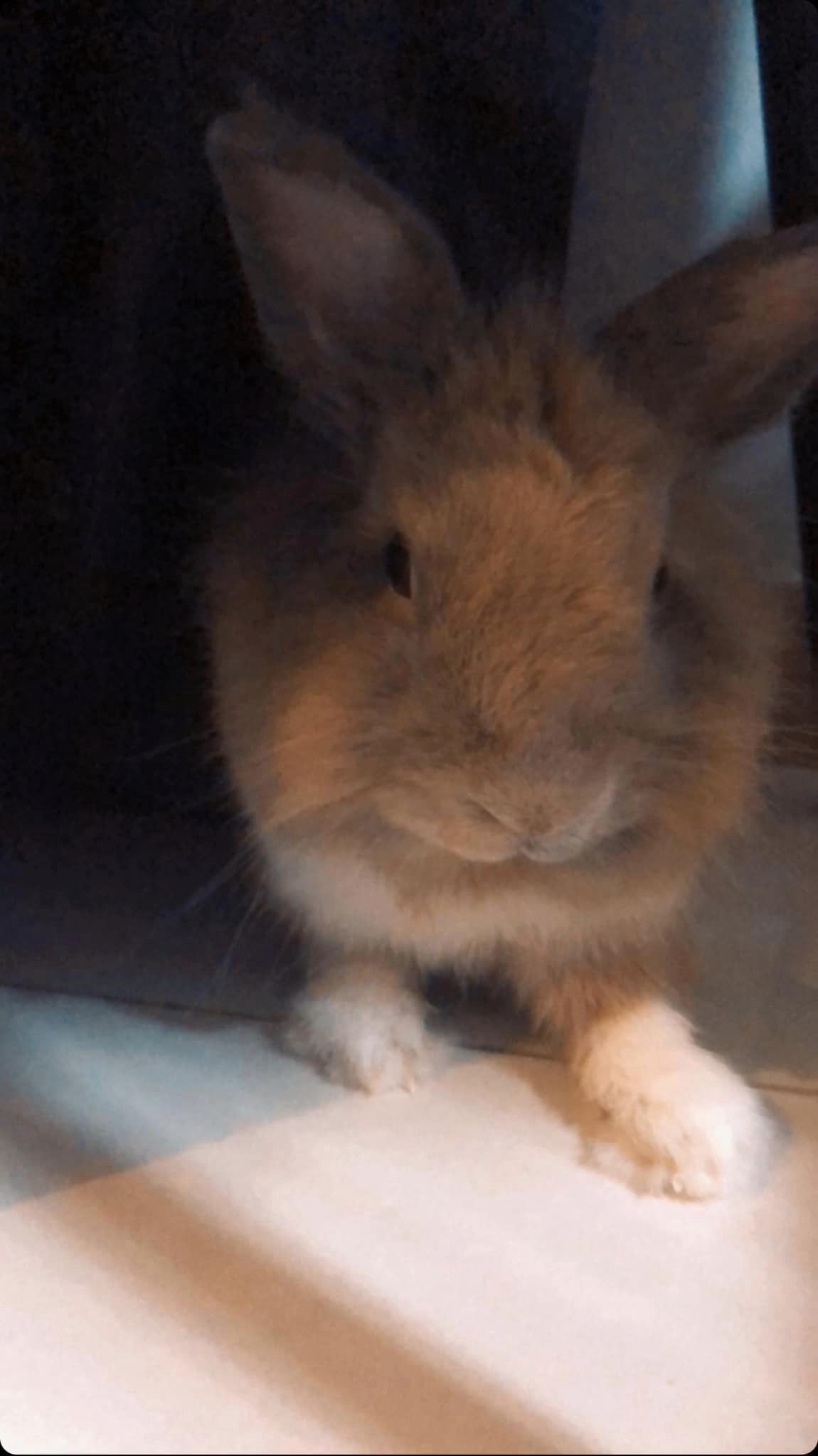 On the way home, she noticed her bunny tearing up. The day after, it began to limp and refused to eat.

The woman brought her bunny back to the same clinic on 19 Nov and told the assistant about its limp.

Despite this, she said the same assistant continued to be “really rough” while handling the rabbit.

The vet then suggested that they visit another clinic as they did not have the X-ray facilities necessary.

On 22 Nov, an X-ray of the bunny revealed that its hand leg was “completely broken”. 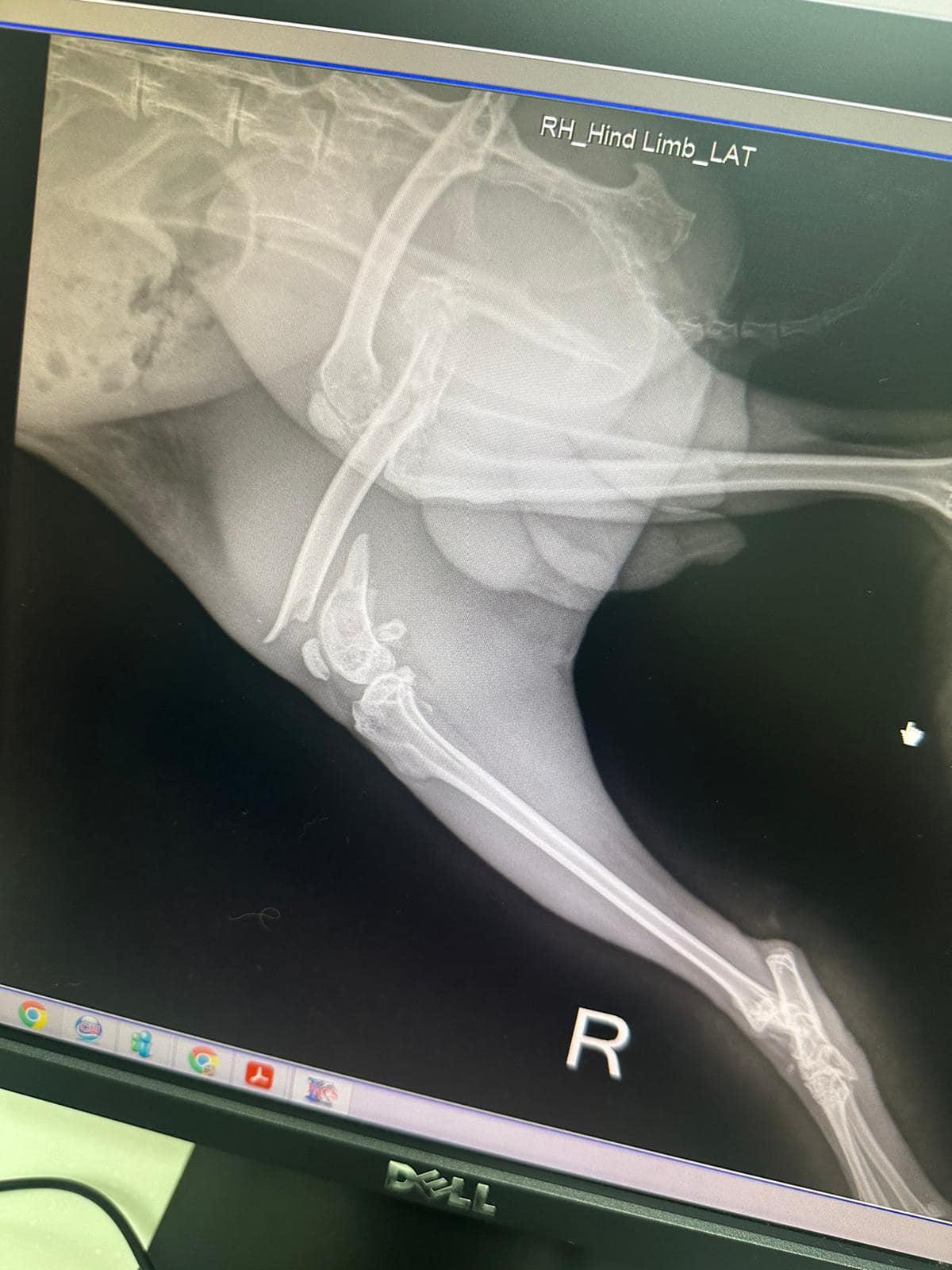 The owner was subsequently referred to a bone specialist and told that surgical fees will amount to at least S$4,000 to S$5,000.

Furious, the lady went back to the first clinic to ask for the CCTV footage of the incident as well as compensation.

However, she was told that no such footage is available, as it would only have been accessible for a week after the initial appointment. In addition, they could not compensate her since there was no proof of mishandling.

Pointing out other negative reviews on Google, she called the establishment out for being “irresponsible” and having no empathy” while urging other pet owners to avoid visiting the clinic.

Speaking to MS News, the founder of the clinic confirmed that the woman contacted them regarding the matter on Tuesday (22 Nov).

While they have internally investigated the incident, they were unable to share any specific details under the Personal Data Protection Act (PDPA).

However, the founder stated that none of his employees were culpable for the bunny’s injury. Furthermore, he shared that the assistant who handled the animal had over 12 years of experience.

“As a boss of the clinic, I apologise sincerely,” he said. “But I have to be fair to my clinic and employees… they do not seem to be culpable.”

He additionally revealed that it was in their clinic’s protocol to conduct an investigation after every negative review received.

He suggested that there could have been another reason for the fracture, as such injuries would’ve been apparent immediately.

In addition, he pointed out that the CCTV cameras in his clinic can only store up to seven days of footage.

The founder further assured MS News that if a proper investigation involving the relevant authorities were to take place, he and his employees would cooperate fully.