Even though the trend seems to be heading toward electric cars, there are still many car enthusiasts that are into vintage cars.

Such cars are already rather expensive to maintain, so imagine the horror that ensued when a blue Audi crashed into some classic Volkswagens outside a workshop in Kranji.

The end of the clip showed an orange convertible with much of its front end smashed to a pulp.

Footage showed the blue Audi RS3 speeding before turning around a corner at Carros Centre rather recklessly.

According to SGRV, the driver presumably lost control of the vehicle and crashed into the parked cars outside Oldvolks Place Pte Ltd, a workshop for vintage vehicles.

In total, three vehicles were damaged in the crash — a yellow Volkswagen beetle, an orange convertible, and a blue Volkswagen bus.

Among the three, the orange convertible appeared to have suffered the worst damage.

Pictures show much of its front bumper is smashed in from the impact.

The other two Volkswagen vehicles also suffered damages to their bumpers and side panels.

At one point, several men congregated at the scene, with many of them looking rather distressed.

MS News has reached out to Oldvolks Place Pte Ltd for more information regarding the incident and will update the article accordingly.

In an email to MS News, Mr Soh, a Sales Manager at Classic Motorworks, shared that his automotive dealership owns the orange convertible, which is a 1969 MG Midget. 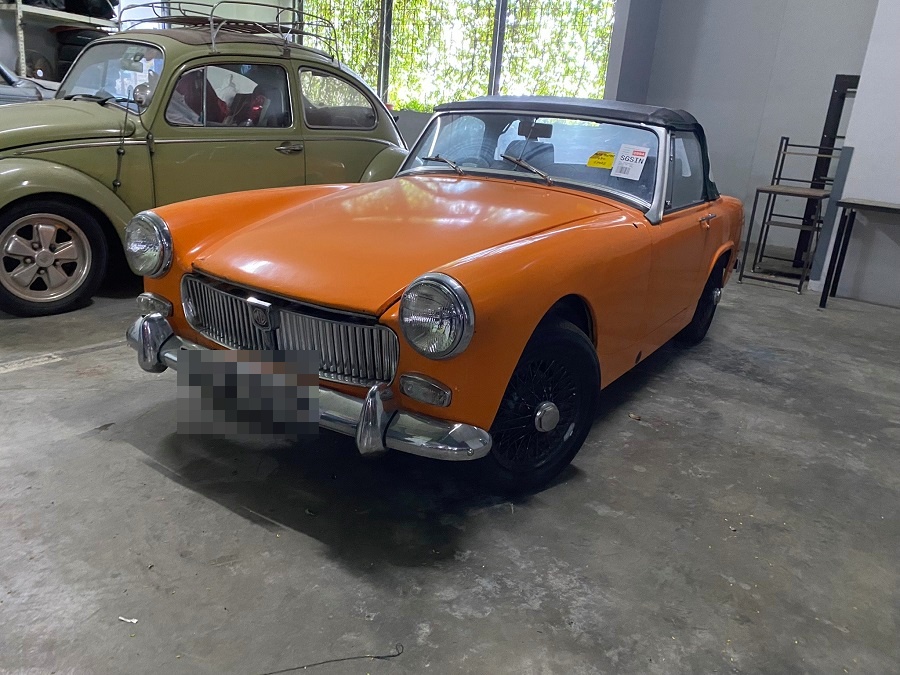 They had apparently imported it from the United Kingdom (UK) earlier this year and sent it for restoration works at Old Volks Pte Ltd. The restoration process, which has been ongoing for the past five months, was due to finish next week, that is — until the unfortunate accident happened. 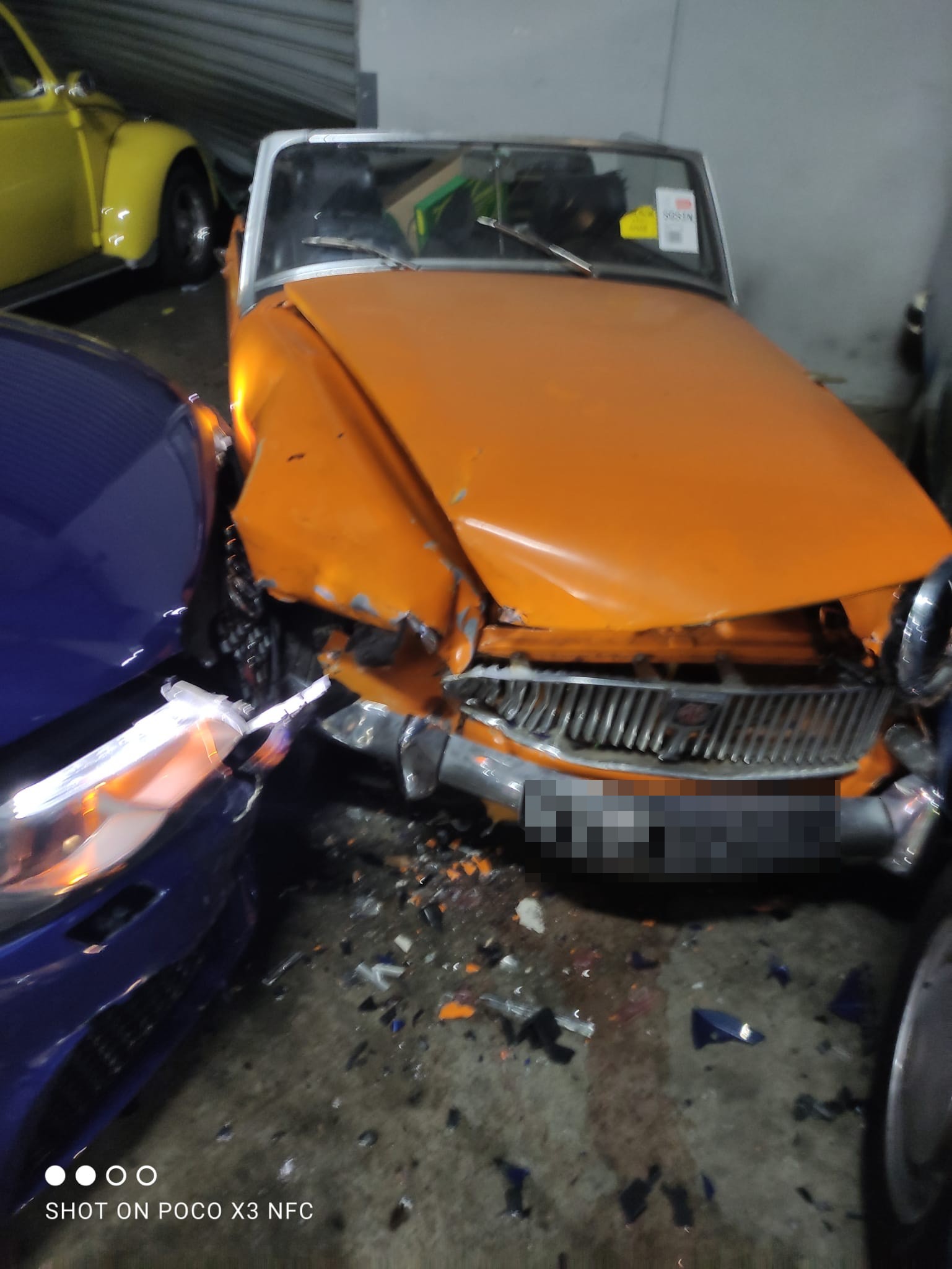 Now, they believe that the car is beyond repair, and “would not be safe for road use even if it was repaired”. Classic Motorworks is currently liaising with their insurer to determine the next course of action.

Though the accident has impacted their business significantly, they expressed their relief that there were no casualties in the accident.

Hope vintage cars can get another lease on life

Perhaps it’s because the vehicles are vintage that makes this accident wince-inducing.

Thankfully, there was nobody in the parked vehicles at the time of the accident.

Let’s keep our fingers crossed that the vehicles can get another lease on life instead of getting a one-way-ticket to the scrapyard.