A viral post about the CCTV presence in Virgin Active Singapore’s female ‘changing rooms’ saw the brand clarifying their position on Friday (15 Mar).

Unfortunately, netizens remained pretty triggered about the incident, as the statement – though woke by nature – didn’t exactly appease concerns about members’ privacy. 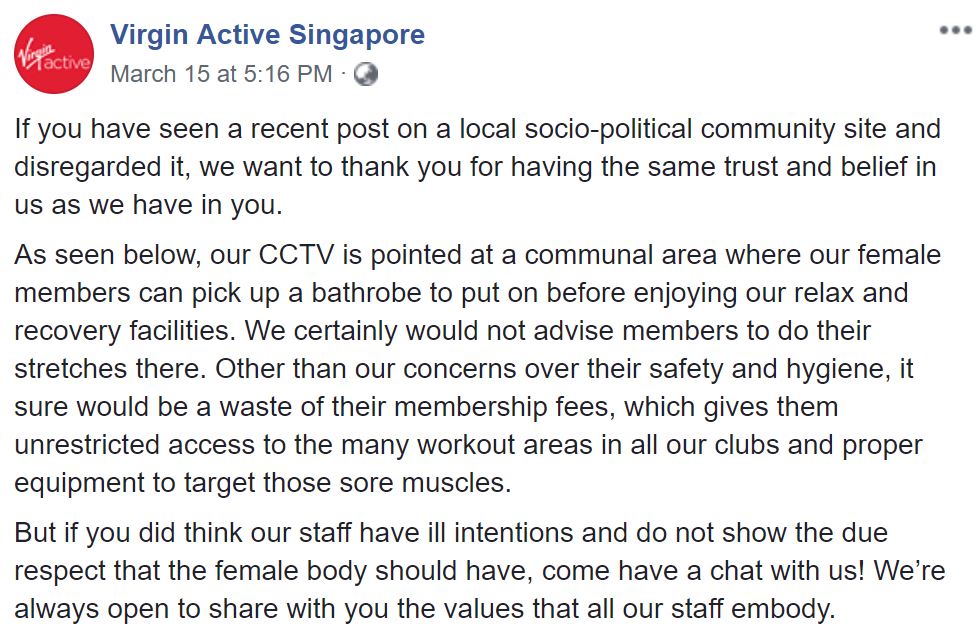 In essence, Virgin Active claims that the CCTV is located in a “communal area” where female members can “pick a bathrobe to put on” — aka not exactly a ‘changing room’ by definition. 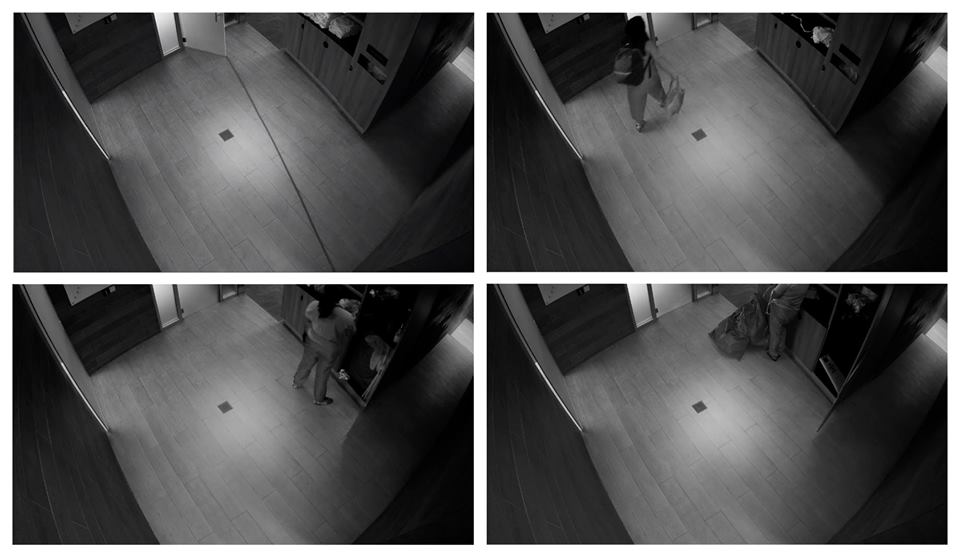 Netizens were quick to point out that the presence of security cameras should be declared, so customers know when to be discreet.

Here’s the gist of the debate.

Not supposed to stretch in changing room

Virgin Active addressed the potential PR debacle in a Facebook statement, thanking fans for believing in the brand.

They described the CCTV’s location as a “communal area” for female members to select a bathrobe before enjoying “relax and recovery facilities”.

As such, common room users aren’t advised to “do their stretches there” due to “safety and hygiene” concerns.

Gents changing room has CCTV too

Virgin Active also admitted that there’s a CCTV in the gents too. 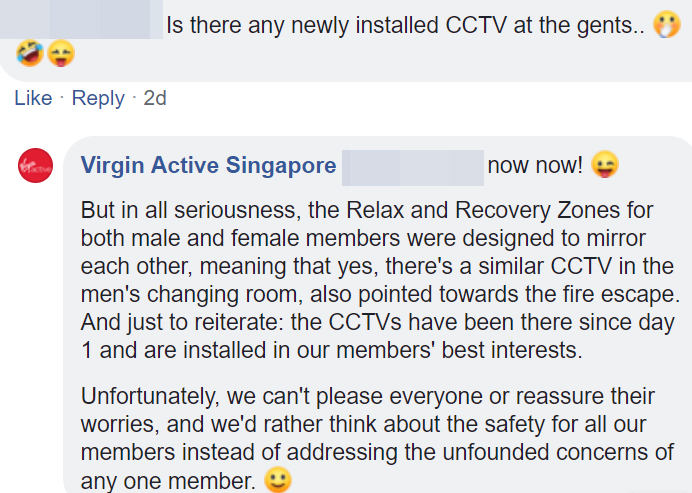 The CCTV in question has been there “since day 1” and is purportedly for the “members’ best interests”.

Virgin Active elaborated that ‘stretching’ in a communal area would be “a waste of…membership fees”, as members are given “unrestricted access” to all clubs & equipment.

For some reason, they chose to conclude the post with this reassuring promise about the values their staff embodied.

In their own words,

If you did think our staff have ill intentions and do not show the due respect that the female body should have, come have a chat with us!

In a ‘woke’ follow-up to a query by a netizen who was “extremely concerned”, Virgin Active somehow linked the matter to body positivity and the #metoo movement. To quote the statement directly,

They then placed the onus on their members to be “aware enough to be covered up” when moving around in their premises.

The top comment on the thread highlighted how important it was to put up a notice to inform members that a CCTV is present. 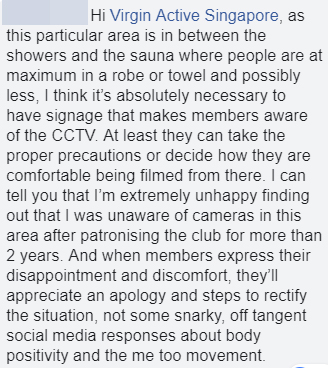 The commentor also felt that the response was insincere, adding that the issue of privacy had nothing to do “body positivity” or the “me too movement”.

The presence of closed circuit televisions in public areas are typically to ensure the security of customers in cases of emergencies, and/or possible thefts.

However, if members are expected to be properly attired at all times, signage should be put up to inform users that CCTVs are present.

These notices can also serve as a due warning to would-be criminals, that their activities and identities will be recorded.

As for how private the areas under surveillance are on Virgin Active Singapore’s premises, let us know if you think the discomfort expressed by netizens is warranted, especially if you’re an existing member.