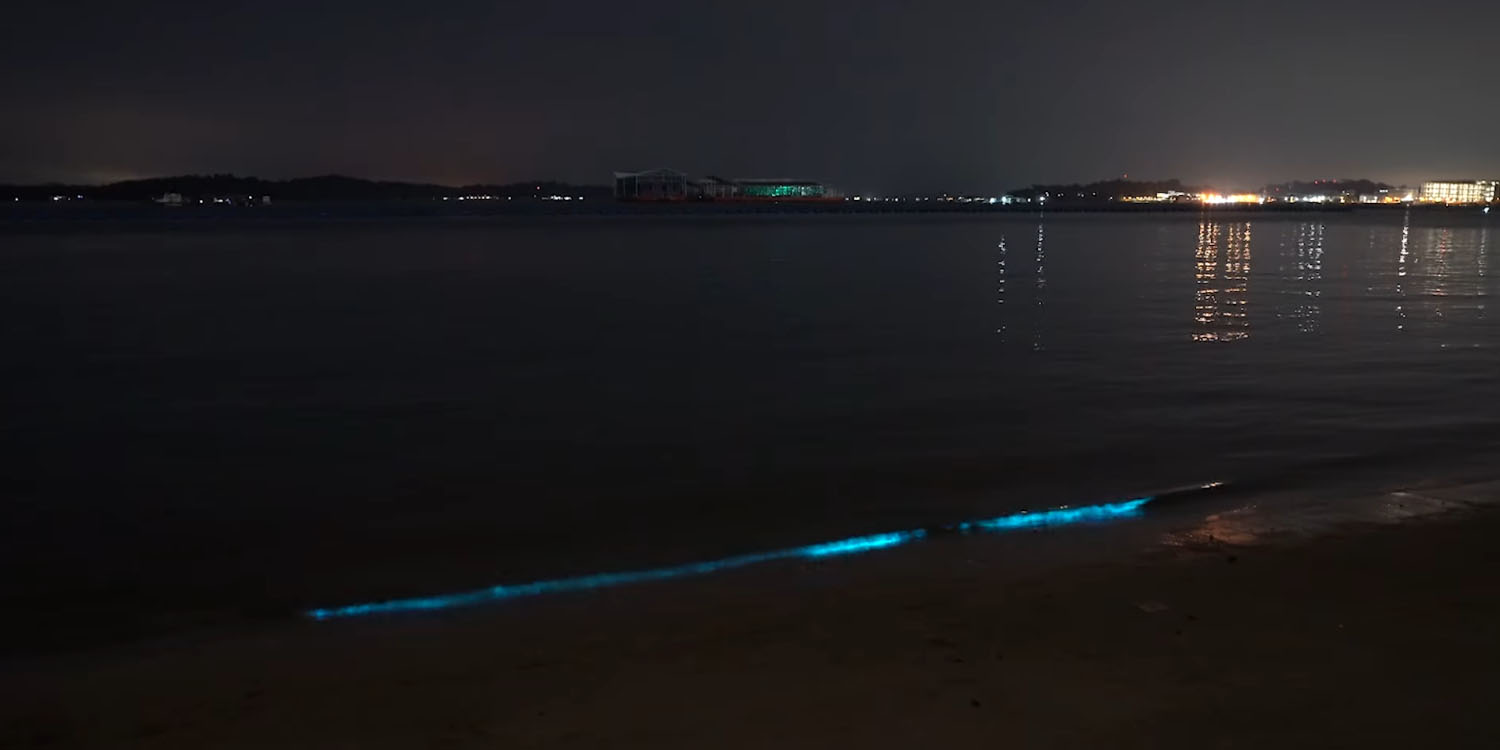 Some have compared it to the waters in Moana.

Singapore has seen its fair share of nature’s marvels, from mousedeer sightings to glow-in-the-dark mushrooms. Recently, Mother Nature blessed us with yet another stunning natural phenomenon.

Hikers Spot Mousedeer At Chestnut Nature Park, It Looks Like A Real-Life Bambi

On Tuesday (22 Mar), a video was posted on Facebook showing the captivating sight of blue waves crashing onto the shores of an undisclosed beach in Singapore.

The waves glowed neon blue as they washed ashore, shining brightly against the dark backdrop of the night sky.

This is not the first time such waves have been spotted in Singapore.

Many netizens remember being able to view such beauty in Pulau Ubin, Pasir Ris and Woodlands Waterfront among other places.

On Tuesday (22 Mar), footage showing neon blue waves at a beach in Singapore was posted to the Nature Society (Singapore) Facebook group. 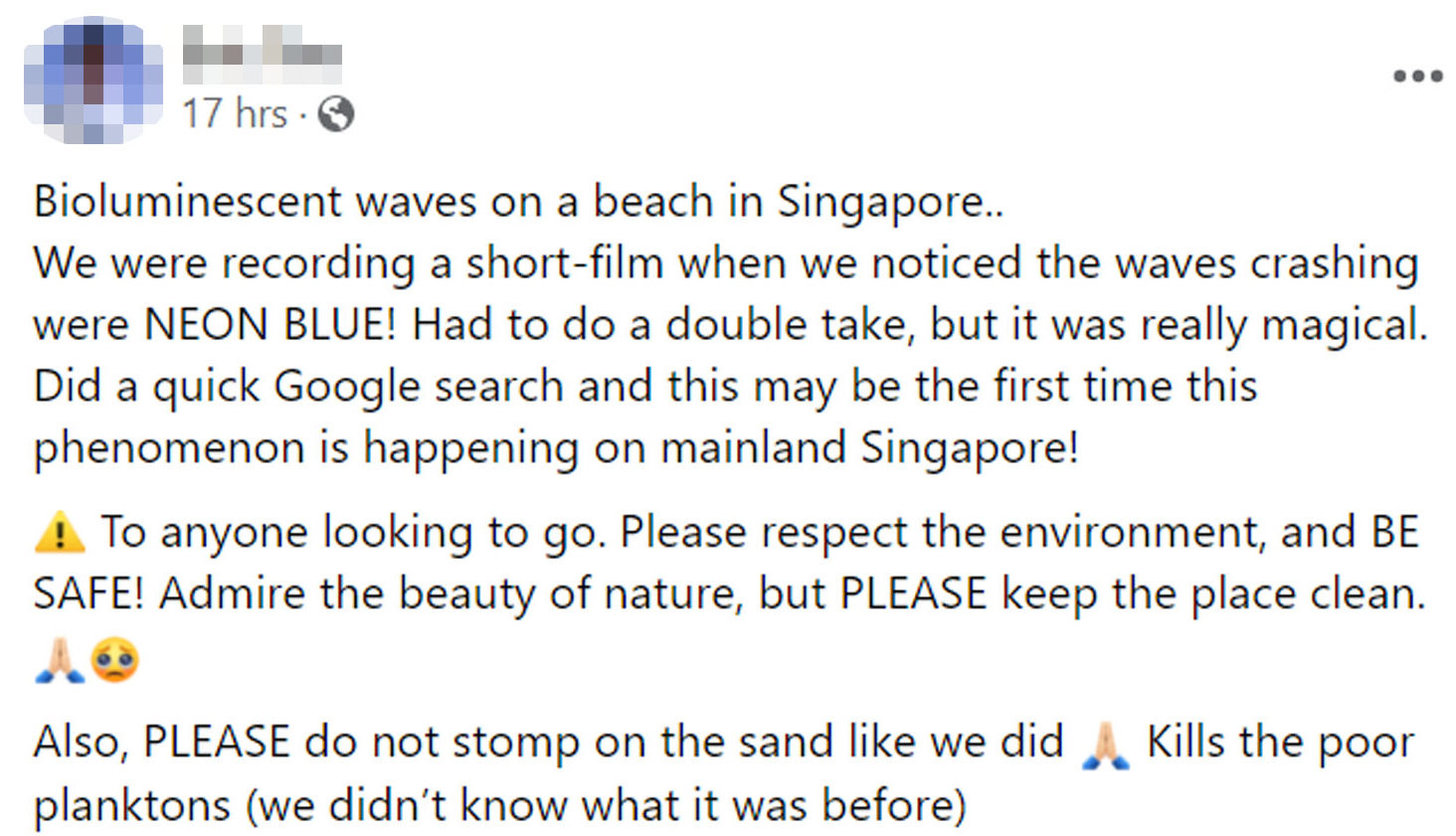 In the video, the waves can be seen shining neon blue as they washed ashore. 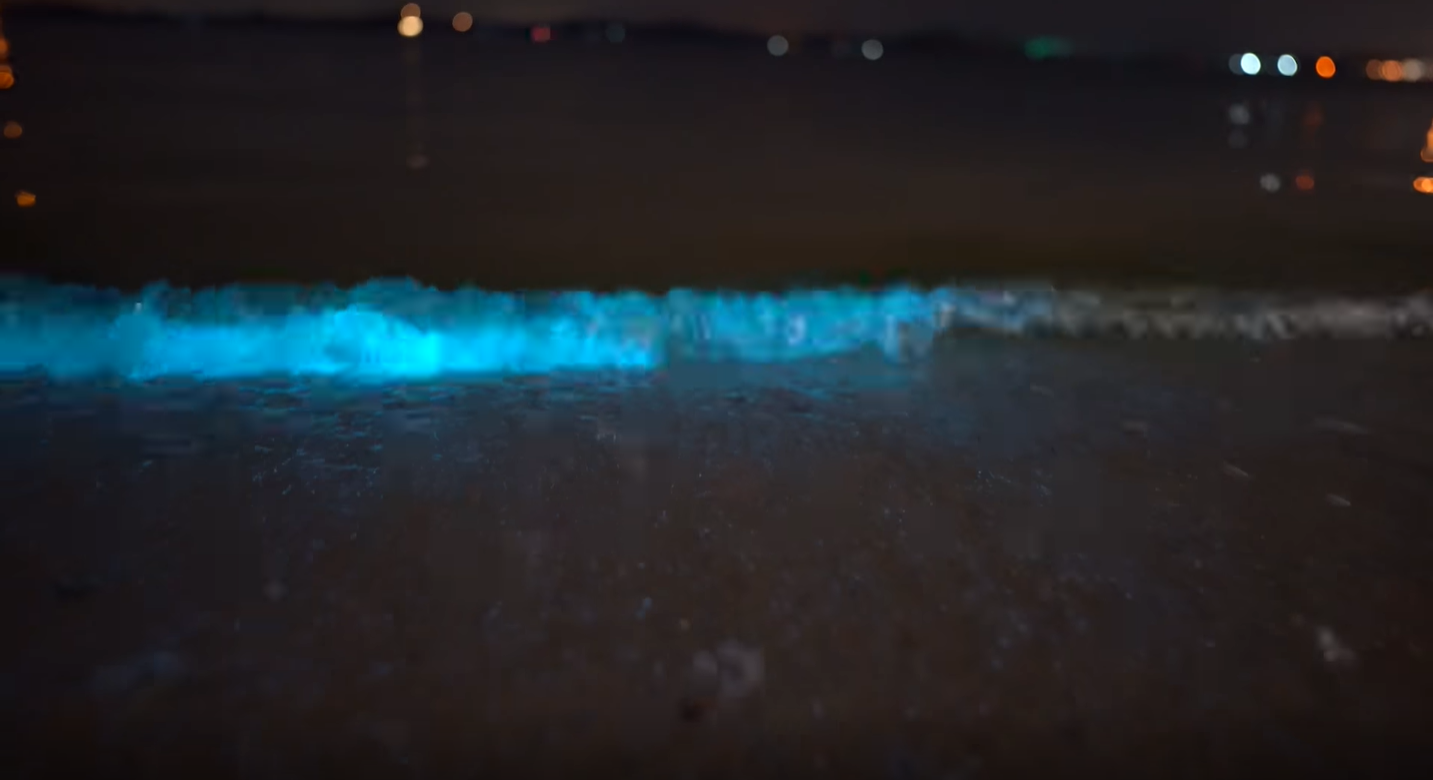 The second the waves hit the sand, they glow almost an unearthly blue. 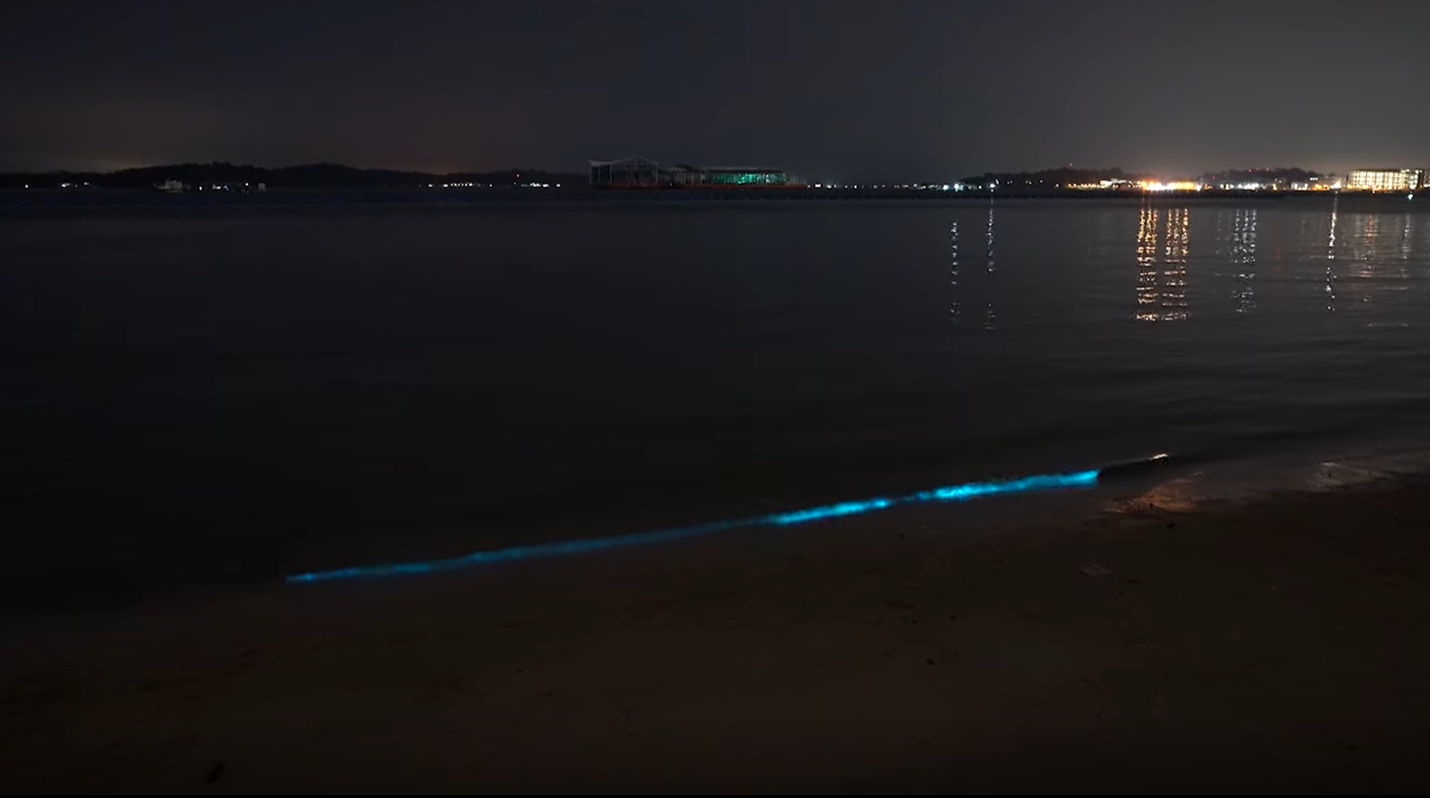 The OP was apparently filming a short film when he noticed the enigmatic waves. The location of the area was not disclosed to prevent overcrowding at the beach.

According to experts, waves turn neon blue due to the bioluminescent planktons living in the waters. 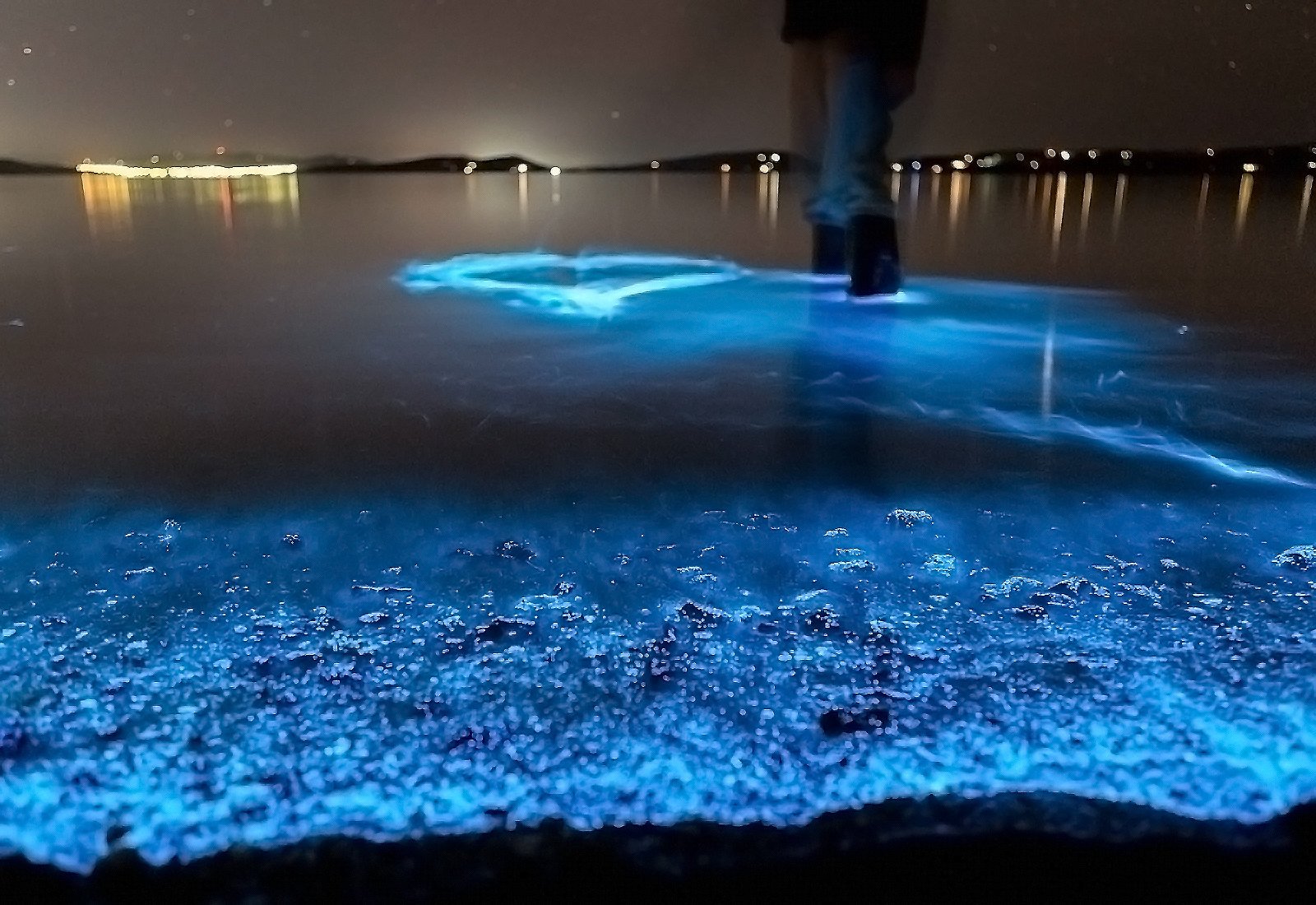 This unique form of plankton, when “disturbed”, emits a neon blue glow as an automatic reaction.

Such ‘disturbances’ include instances when a wave breaks or when there is a splash on the ocean surface. 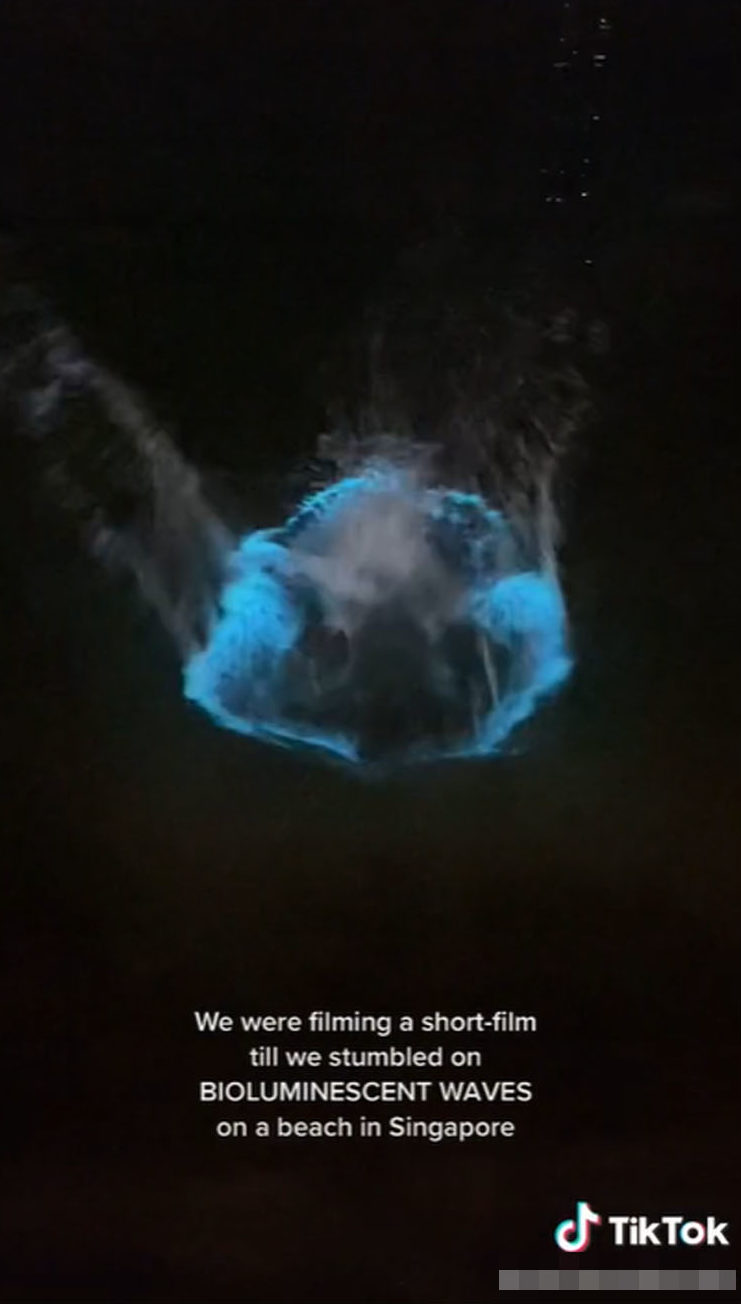 To prevent such bioluminescent planktons from being killed, the OP advised beach-goers to refrain from stomping on the sand.

The OP also urged visitors to keep beaches clean to preserve the beauty of nature.

The common perception of Singapore is one of a concrete jungle. It, therefore, feels heartening whenever Mother Nature surprises us with such stunning displays.

We should therefore be respectful of the flora and fauna around us if we wish to witness similarly grand spectacles.

Hopefully, more of these delightful planktons will endeavour to visit our beaches in the future.