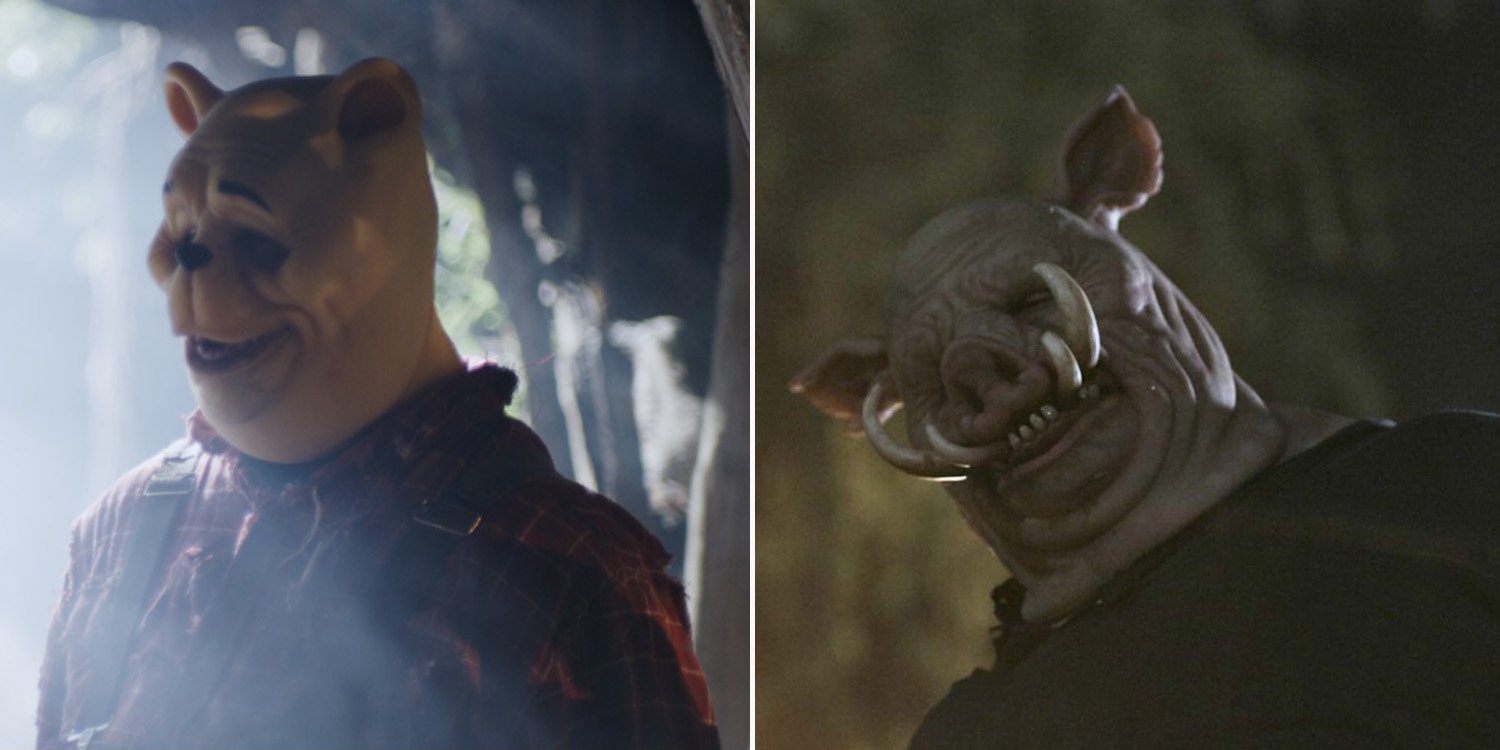 A bear-y grisly end to our childhood.

Winnie The Pooh To Make A Bloody Return To Cinema Screens

What do Winnie the Pooh and Piglet have in common with horror icons like Michael Myers and Ghostface?

Well, not much — until recently, at least.

The beloved cartoon characters are returning to our screens, albeit in a very different fashion than what we are typically used to.

A horror movie called “Winnie The Pooh: Blood and Honey” will feature the not-so-cuddly-anymore animals in the titular role. And they definitely don’t look as friendly as they usually do. The remake is said to be possible as the characters, along with their other friends from the Hundred Acre Wood, now belong to the public domain. What this means is that others can copy, publish, and create new works based on them without a licence.

IGN first announced news of the indie horror flick via Twitter on Thursday (26 May). 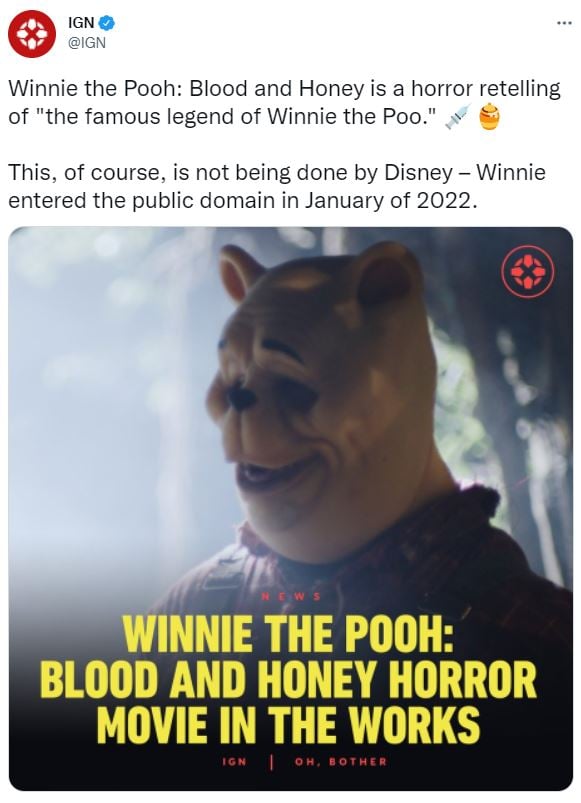 It is not a production by Disney, which owns the Winnie the Pooh franchise.

Instead, it comes from director Rhys Frake-Waterfield and is just based on the original character created by author A. A. Milne back in 1926.

In other words, “Blood and Honey” is an adaptation, not an official continuation of the famous novels and television shows.

A set of stills are up on the movie’s IMDb page and we have to admit, it looks rather horrifying.

For one, Piglet is sporting a terrifying set of fangs. We doubt he’ll be keeping his animated counterpart’s trademark “Oh, d-d-d-dear!” stutter here.

And for another, Winnie the Pooh is actually wearing pants.

Frake-Waterfield tells Variety that the movie features Pooh and Piglet as “villains” going on a “rampage” after their owner Christopher Robin abandons them. Dark stuff, we know.

Such a retelling is possible now as the original 1926 book that introduced the world to Pooh and friends entered the public domain on 1 Jan 2022.

According to the Public Domain Review, this means that anyone and everyone can use the original versions of the characters from that novel for any work of art.

However, the creators of “Blood and Honey” still have to be “extremely careful” to make sure that the film is only based on the 1926 version of the book. This is why characters still in copyright, like Tigger, will not be making an appearance.

Users react to Winnie the Pooh with horror

The news was met with extremely mixed reviews.

Many mourned the brutal butchering of their childhood. A particularly passionate fan even started a petition to stop production.

On the other hand, there are those who are excited about the announcement, likely folks who enjoy a good slasher flick.

Someone even pointed out that the original character may have always been capable of violence, posting screenshots of Pooh creeping out of bed with a shotgun. Whichever camp you belong in, one thing’s for certain — we can already see what everyone is going to dress up as for Halloween this year.

For many of us, Winnie the Pooh was a massive part of our childhood, so seeing this new adaptation was probably quite shocking.

However, “Blood and Honey” could still end up surprising us all in a good way. Do note that if you’re already keen to catch the film, it is still in production and a release date has not yet been announced.

We certainly can’t help but wonder what could be next: Mickey Mouse with an assault weapon? Tinkerbell picking up a parang?

The possibilities are frighteningly endless — especially once something is in the public domain.