A customer service agent allegedly only offered her a S$0.90 refund at first.

It’s always unpleasant to encounter unexpected extra ‘ingredients’ in our meals that aren’t meant to be anywhere near food, such as insects.

Such incidents can lead to adverse health consequences — not to mention, get rid of our appetites for the rest of the day.

This was the case for a customer in Singapore who ordered a bowl of yong tau fu from foodpanda. To her horror, she found two worms wriggling around inside.

After contacting the food delivery company for a refund, the company allegedly only offered her a refund of S$0.90 and a S$2 voucher.

Foodpanda has since apologised and offered to pay her a full refund. According to her post, she had ordered a yong tau foo dish from an eatery through foodpanda.

However, she got an unpleasant shock when it arrived with “additional ingredients” — two worms hiding amongst the vegetables. 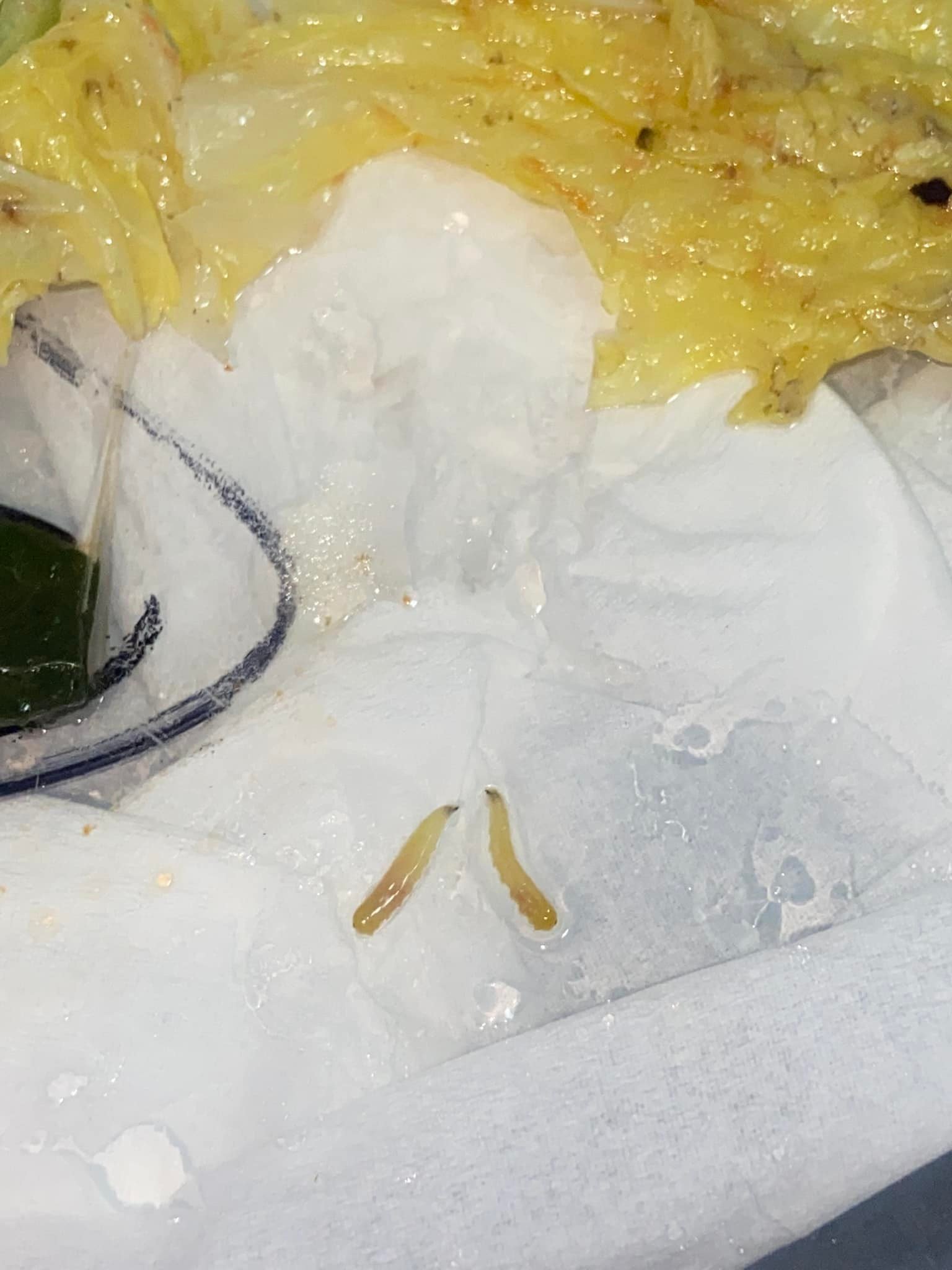 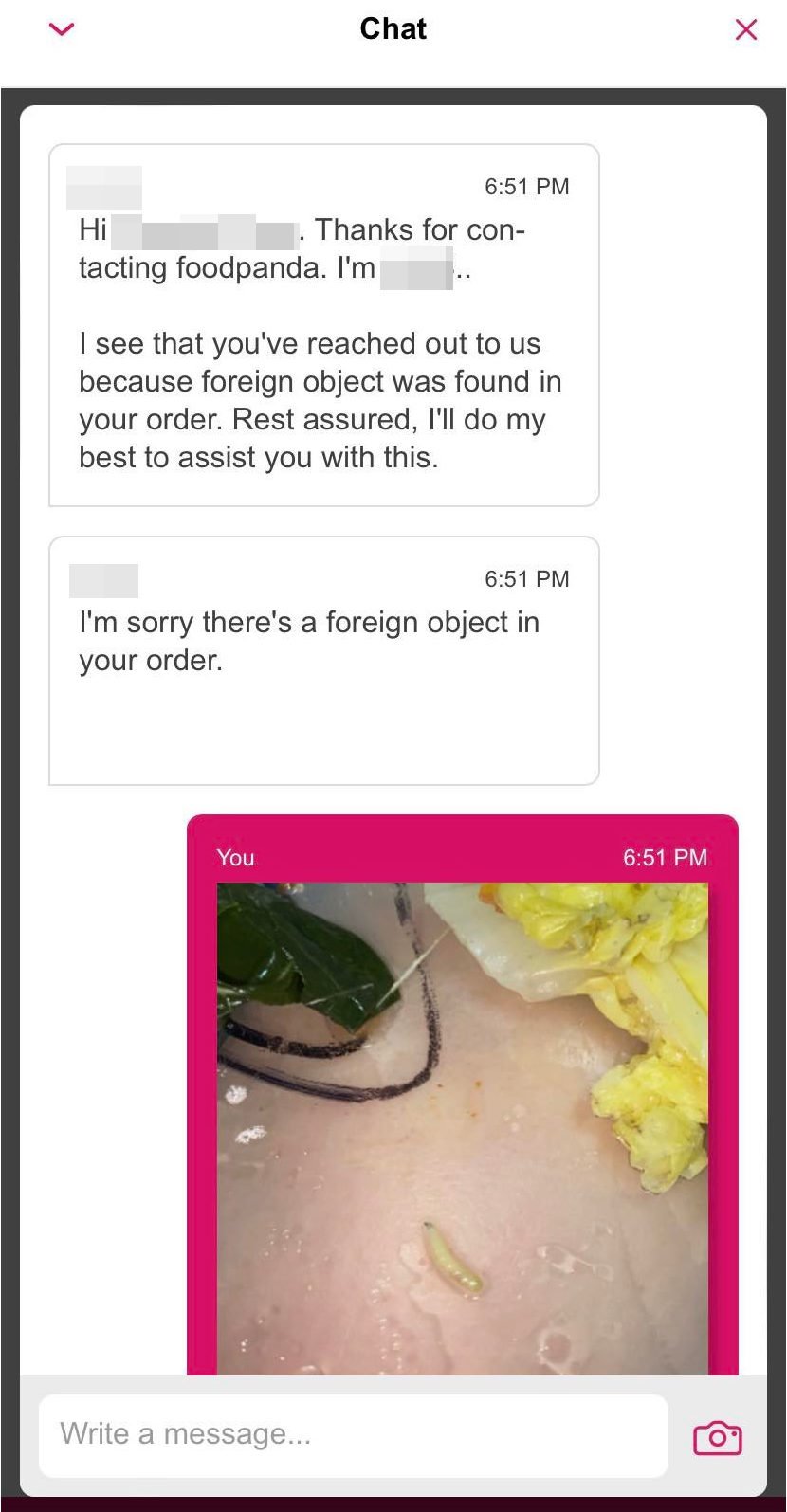 When the agent offered her a S$2 voucher as compensation, OP turned it down and asked for a full refund instead. 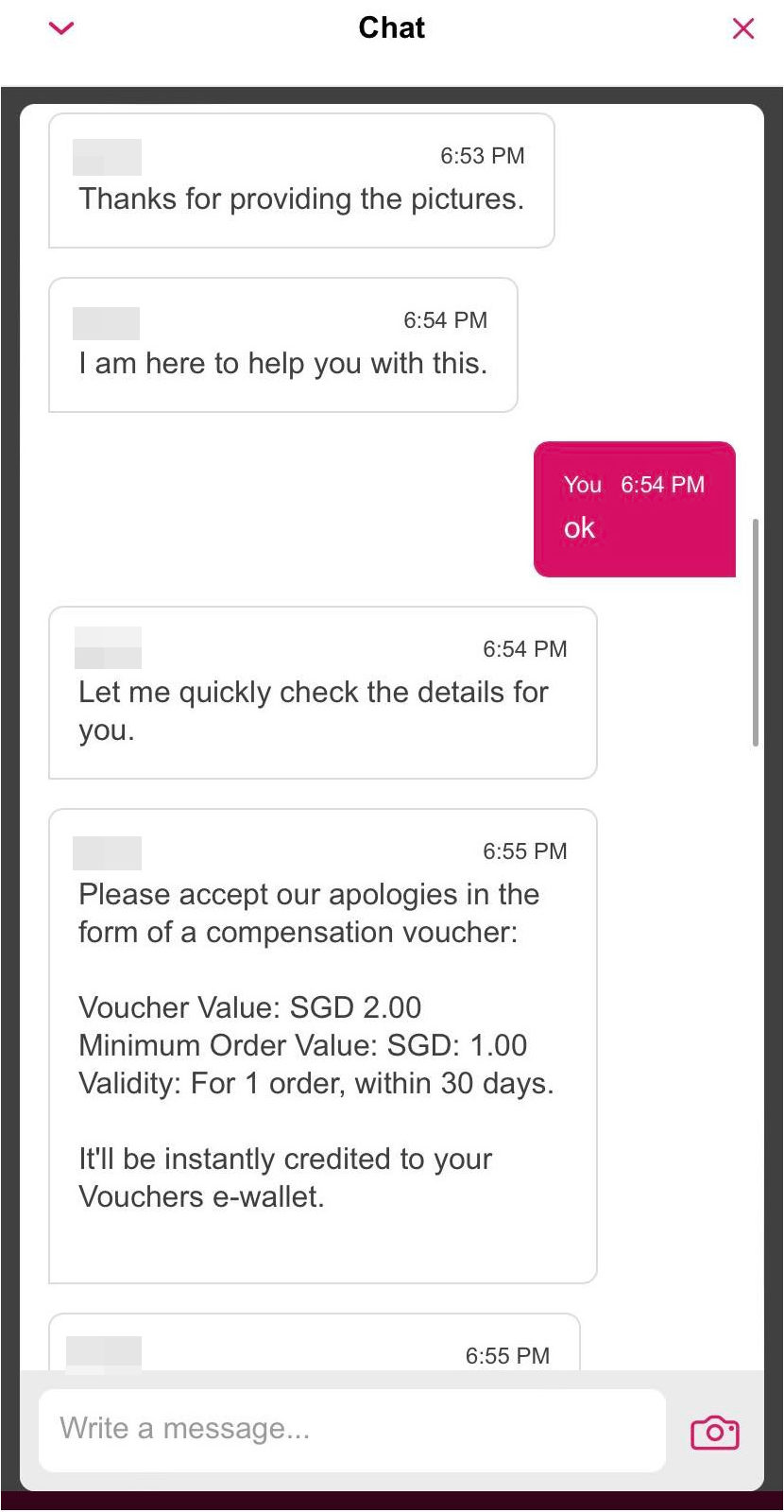 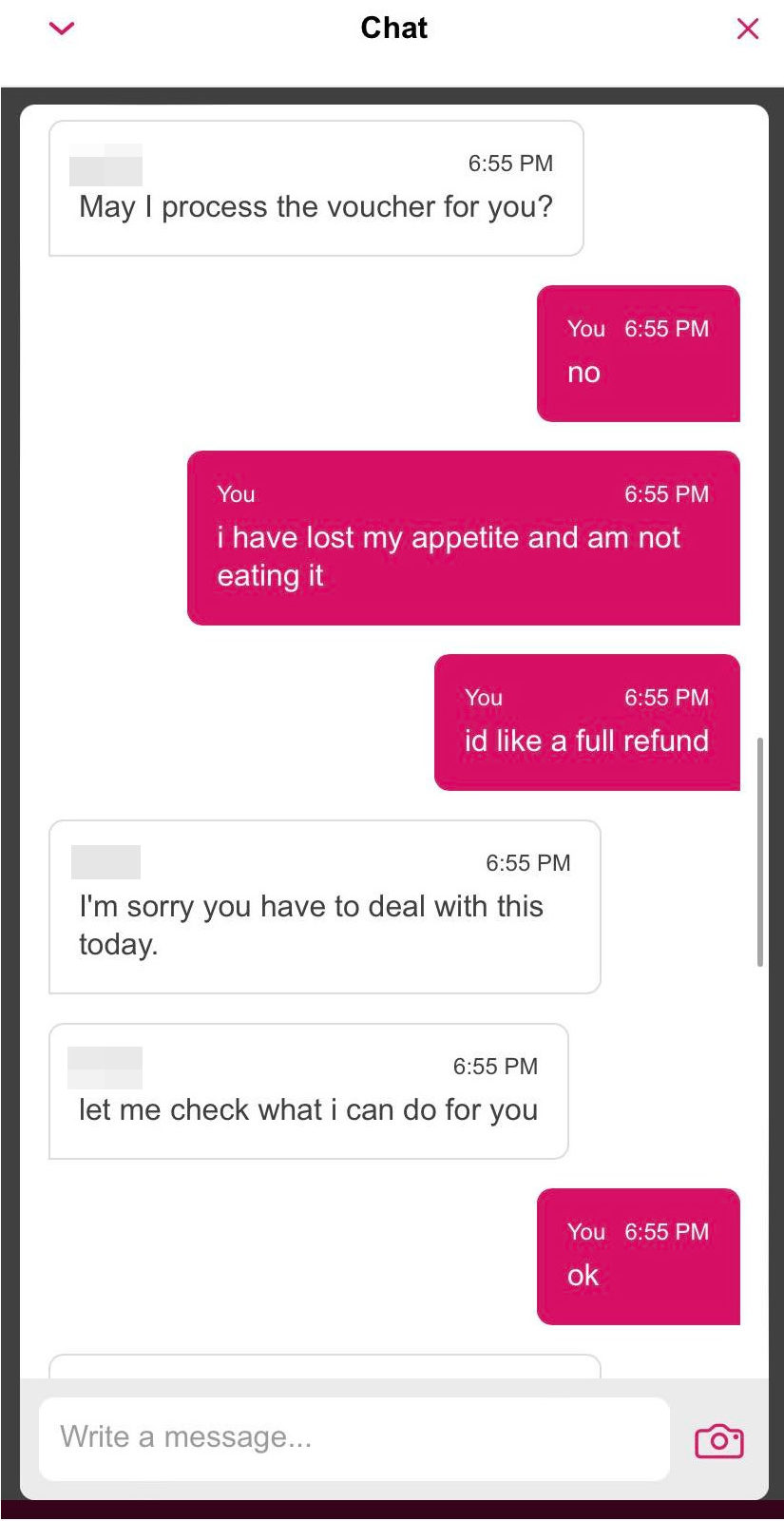 The staff member then informed her that they could not issue a refund without pictures proving that the incident had indeed occurred. 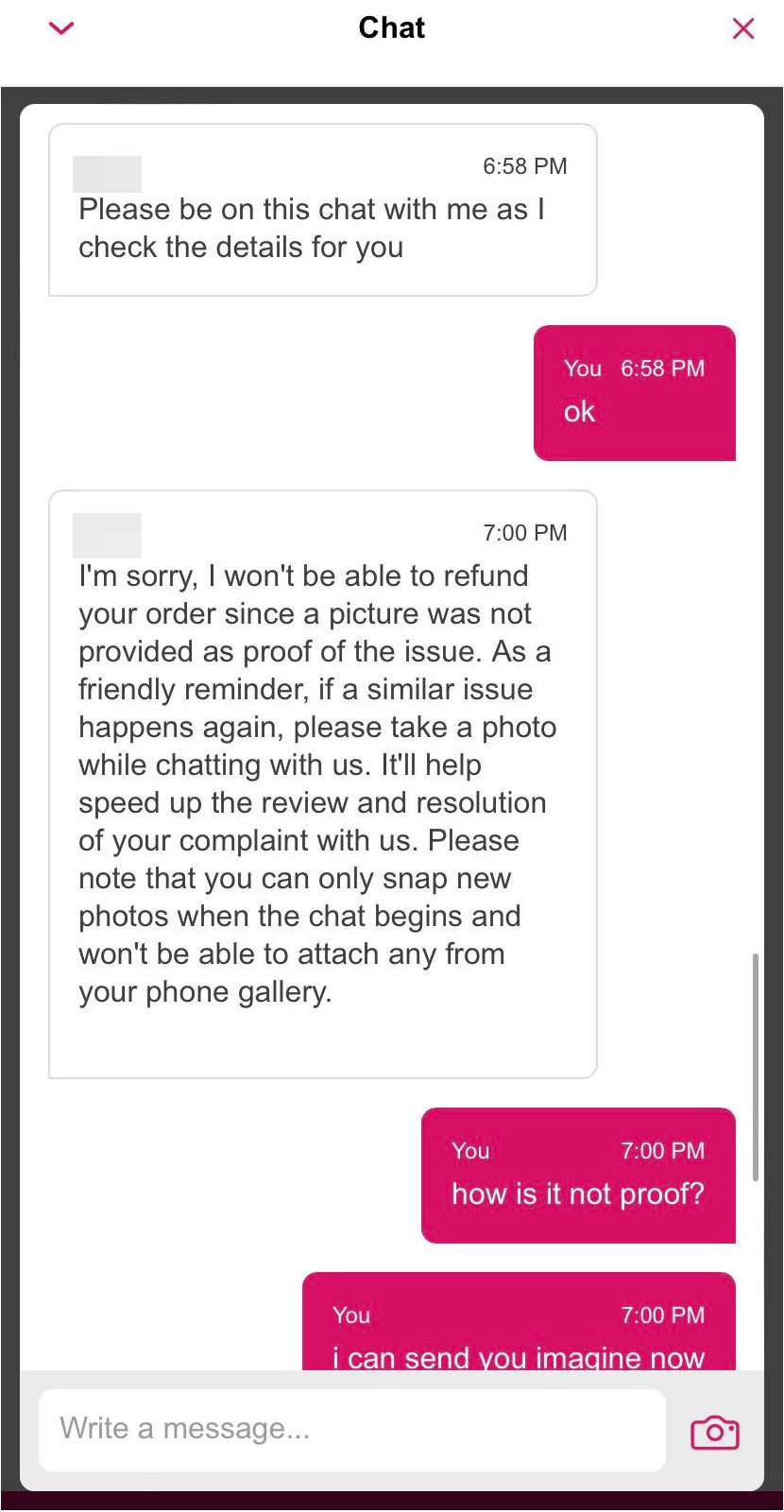 When the woman provided an image as requested, they said they could only offer a refund of S$0.90. For some reason, they also reduced the amount of the compensation voucher from S$2 to S$1. 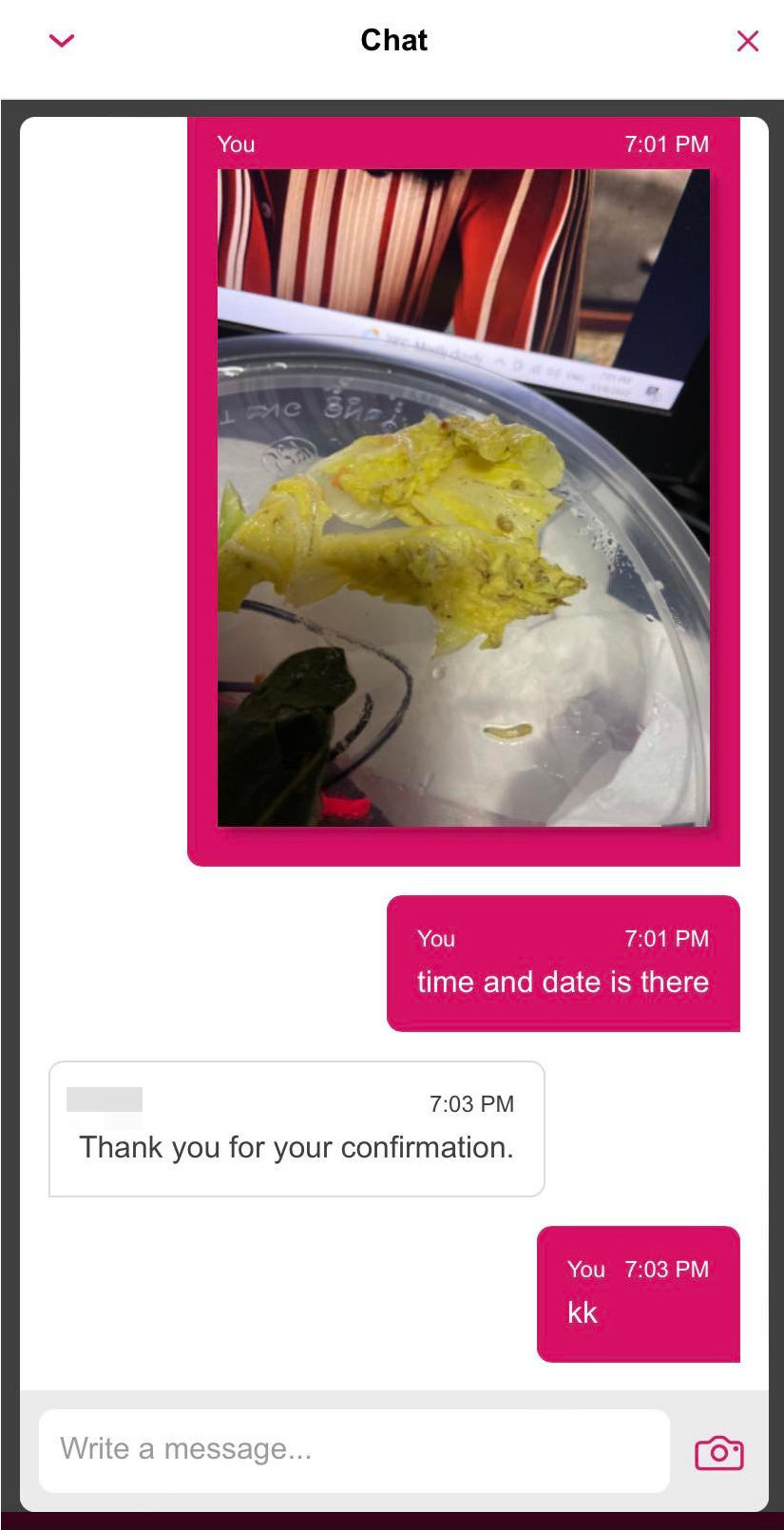 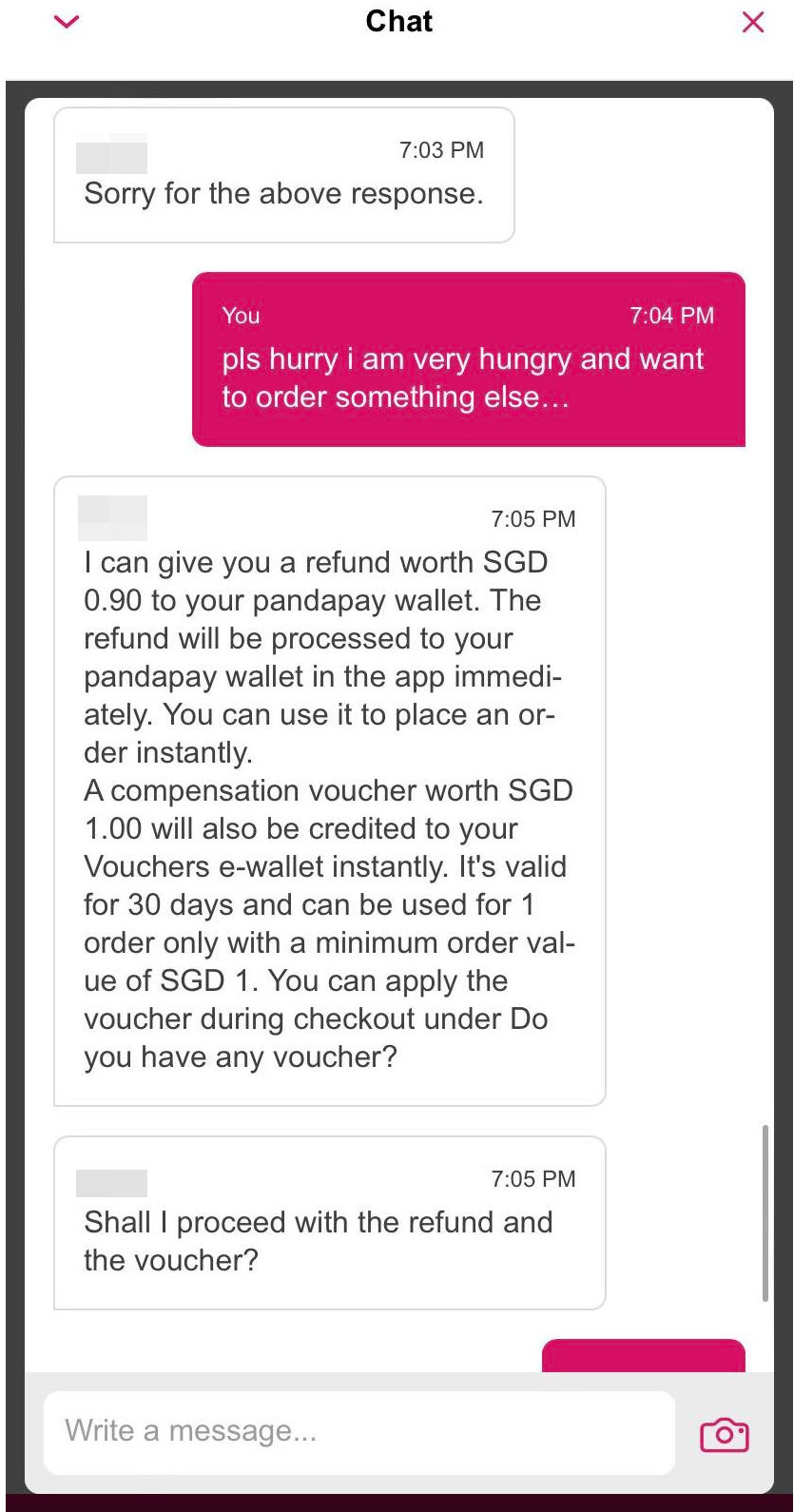 Furious, the woman turned this down as well, saying that she will email foodpanda about the matter.

Fortunately, foodpanda has since addressed the incident.

Speaking to MS News, a foodpanda representative revealed that they are aware of the customer’s ordeal and apologised for the “unpleasant experience with her food order”.

Their customer service team has since contacted her to provide a full refund.

In addition, the company has cautioned the customer service agent that OP originally spoke to on the proper processes to follow.

A happy ending to an unpleasant experience

Digging into a meal, only to find that worms have invaded it, must have been a horrifying experience for the woman.

While such a thing should have never happened in the first place, at least foodpanda eventually took responsibility and did what was right instead of trying to wriggle out of the situation.

Hopefully, this will serve as a reminder for all restaurants to take measures to ensure that such health and hygiene hazards won’t happen.