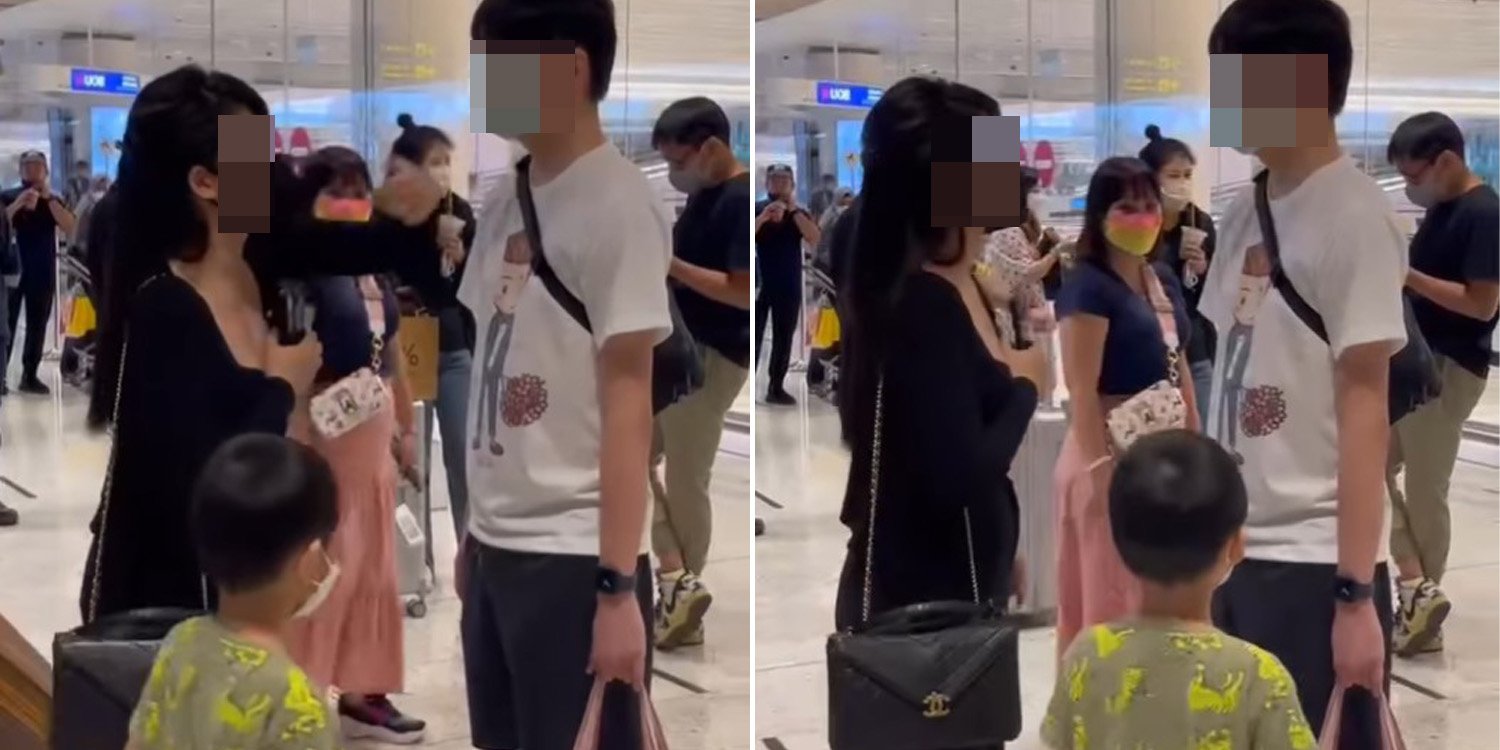 He was supposed to drive into JB with their son but never showed up.

Recently, a video of a woman confronting her husband, who was allegedly cheating on her, went viral on social media.

The woman later took to Facebook to call out her husband for neglecting their family.

On Monday (20 Jun), she posted a lengthy Facebook post explaining what had happened between her and her husband since they got together 11 years ago.

Travelling separately, they agreed to meet at their JB house. However, she claims her husband never turned up and remains uncontactable, this time disappearing with their child.

A day later, she made another Facebook post, listing her son’s allergies, favourite food, and fears, informing her husband to take note of them.

After their dispute at Changi Airport about her husband’s alleged affair went viral, the woman penned a lengthy post detailing their story on 20 Jun.

The pair had apparently met and started dating in Kuching, Sarawak, where they were schooling, 11 years ago.

Following that, he asked her to accompany him in Singapore, where he was studying for a diploma.

He later wanted to pursue a degree, so they worked hard together to fund his education.

When they got engaged, it was a simple four-table affair.

The man went on to further his studies, getting a Masters’ degree.

Along the way, the woman got pregnant and they went to JB and got a marriage certificate.

She elaborated that there was no wedding ceremony, no photos, and no dowry exchanged. But the couple bought a house and a car together.

The birth of their son sometime after was reportedly a painful one. The woman described the pain as so “unbearable” that she couldn’t even take a step after.

After giving birth, she became a housewife for the next five years, till the present.

She expressed her appreciation for her husband who worked hard to earn money for the family during that time, while bringing them joy and love.

However, everything changed when her husband came to Singapore, she said.

He initially visited Singapore for a job interview on 3 Dec 2021.

After arriving here by car from JB, he allegedly told her that he needed to quarantine and was doing so at one of his female violin student’s home in Sengkang.

At that point, she even texted the student to express her gratitude for letting him stay for free. 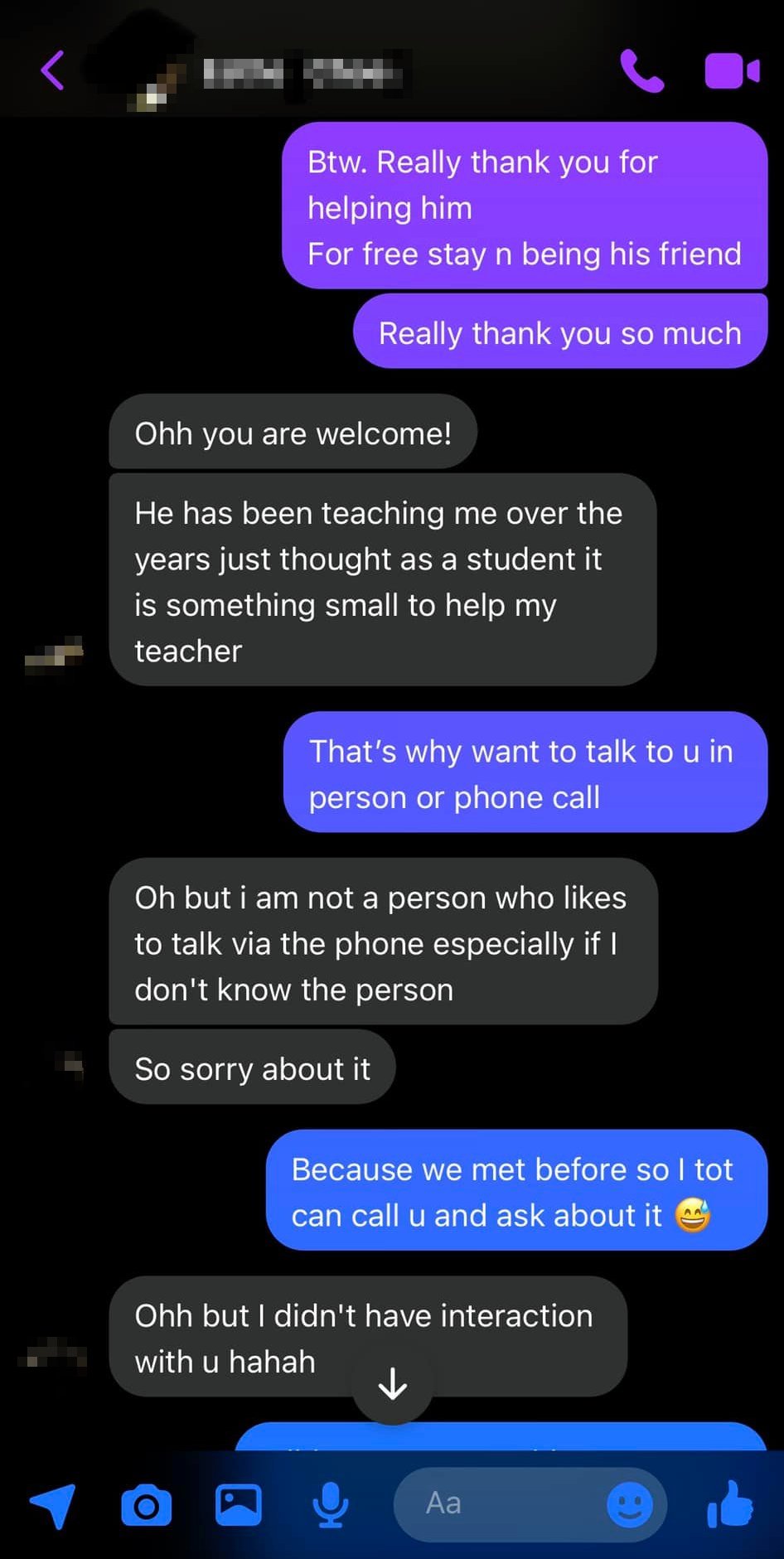 In mid-December, she informed her husband that she was bringing their son back to Kuching for school. She also found that she had a health issue.

But even as December drew to an end, her husband remained uncontactable. This allegedly continued for six months.

Whenever their son asked about his father, which was often, she would always reply that he was working hard in Singapore to earn money.

Later in June, she discovered that he had changed the lock of their JB house.

The turn of events prompted her to come to Singapore to find her husband.

Having learnt from a friend that he was in Thailand, she made multiple trips to Changi Airport just to await the arrival of flights from there. At long last, one of those trips paid off, and she spotted her husband walking out of the arrival gate hand in hand with his student.

Both were clad in couple’s t-shirts, with the student even carrying her backpack.

The encounter left her heartbroken and at a loss as to why he didn’t return home when he couldn’t find work in Singapore. She also wondered why he could spend money on trips to Ipoh and Thailand.

In her Facebook post, she shared multiple photos and clips of her husband’s travels with another woman. 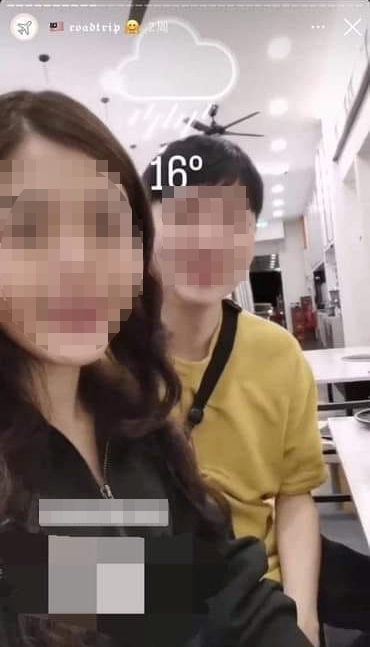 Husband did not show up with son

Eventually, the couple agreed to meet back at their JB home.

The woman travelled back to JB by bus while her husband was supposed to drive back with their son.

However, when she arrived in JB, her husband was allegedly nowhere to be found.

In her Facebook post, she questioned where her son was and demanded to meet her husband in person to discuss their separation, “Let’s talk about divorce face-to-face!”

She urged her husband to stop wasting time as the ultimate victim was their child.

On Tuesday (21 Jun), the woman shared another heartbreaking post addressed to her husband.

She noted a list of their son’s allergies, favourite food, fears, and shared advice on caring for him. 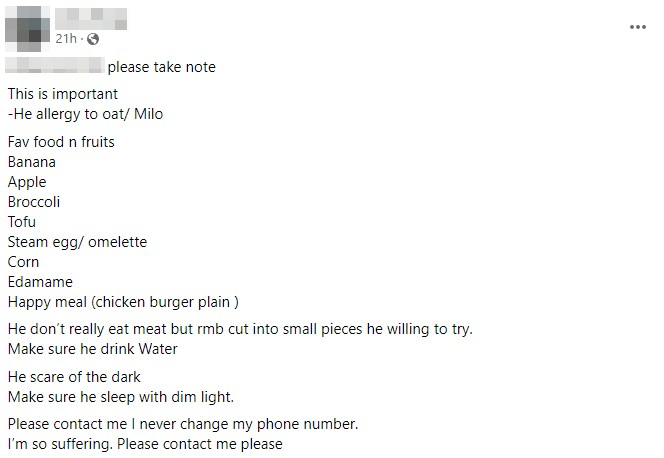 Hope they can talk things out

When a marriage falls apart, it is an extremely challenging time for the entire family.

And like the woman said, the longer this drags on, the more harm they will be doing to their son.

Hopefully, out of respect for one another, and for the sake of their child, they will be able to talk things out and clear the air. Only then can they truly move on from there.