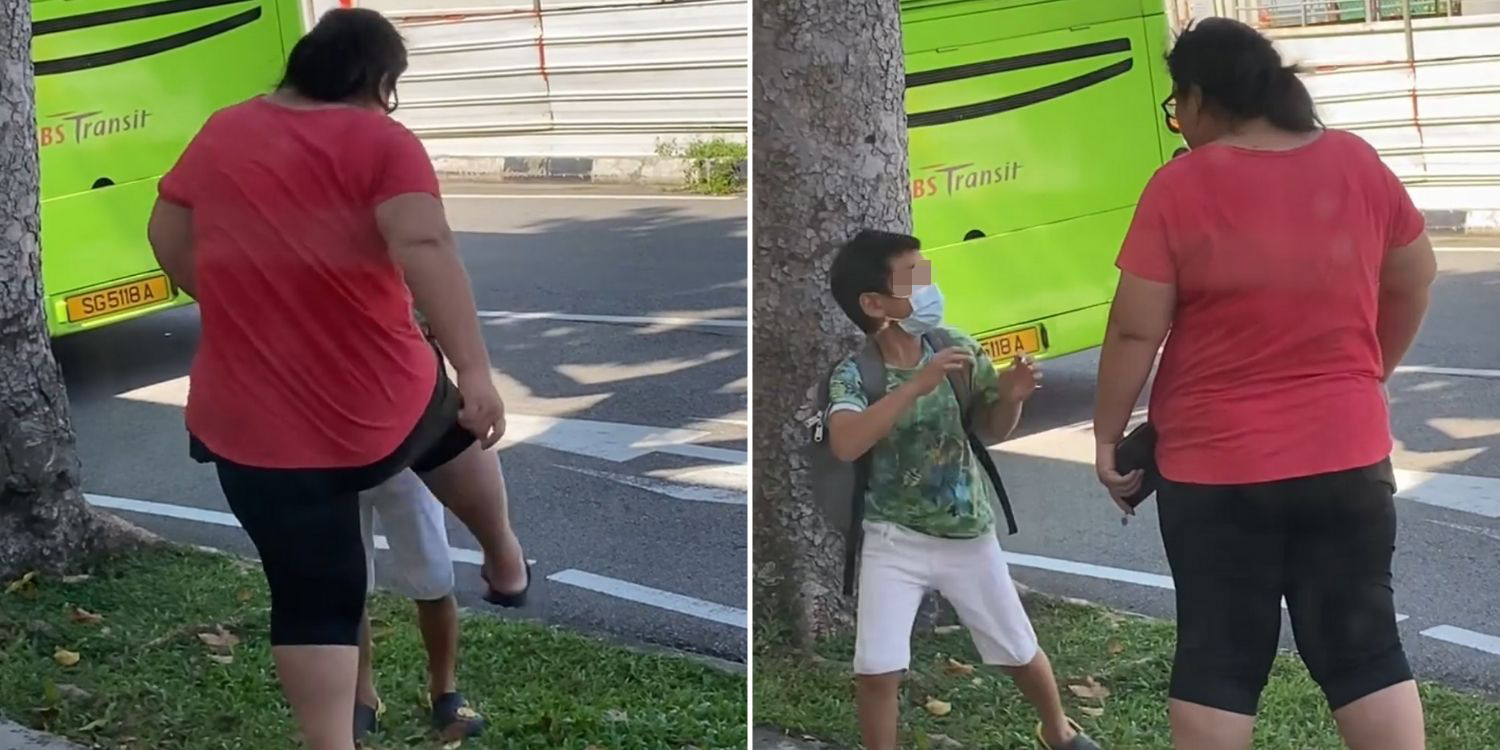 The boy visibly flinched when she raised her hand.

How a parent chooses to discipline their child shouldn’t usually be anyone else’s business, but if it goes too far, you may be forgiven for intervening.

Recently, a woman was filmed kicking a young boy along McNair Road, triggering an outpour of concern from netizens.

After getting hit on the hip, the boy appeared visibly scared and tried to distance himself from the woman.

He flinched when the woman raised her arms, which the OP took as a suggestion that this may occur more regularly behind closed doors.

According to the OP, the Singapore Police Force (SPF) is investigating the incident.

On Thursday (12 May), a Facebook user took to the COMPLAINT SINGAPORE page to share a short clip of a woman apparently reprimanding a young boy.

Halfway through the clip, the woman suddenly launched a kick at the boy’s hip.

She later lifted her arm to point at the boy, which caused him to flinch as if he was expecting her to strike him again.

The visibly shaken boy then backed off to try and create some distance between himself and the woman.

He raised his arms defensively and flinched once more when the woman pointed at him again.

The video ends without any resolution to the incident, leaving many netizens wondering about the boy’s welfare.

Netizens call for OP to report the incident

In light of the footage, netizens have raised their pitchforks in protest of the woman’s actions and called for the authorities to take swift action against her.

One netizen explained that although discipline is important, it should never go this far and turn into “abusive behaviour”. 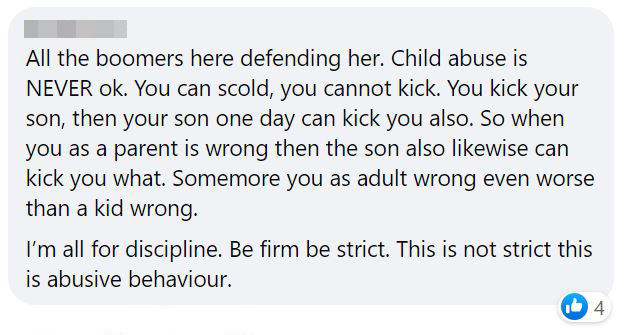 In a reply to a comment, the OP shared her plan to lodge a police report on the incident. 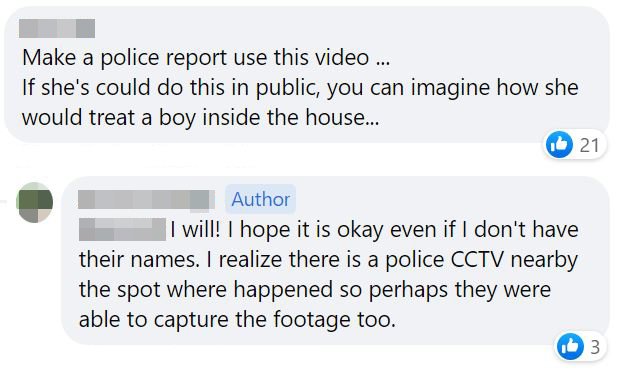 While she didn’t have many details, she noted that there were security cameras around the vicinity, which could help in her case against the woman.

She later updated the same post, saying that SPF investigators have gotten in touch with her and will look into the situation.

MS News has also contacted the OP for more information and will update the article accordingly when she gets back.

No justification for physical violence against young children

As adults, we understand that stress can sometimes pile up. In such situations, we may unknowingly react in an unpleasant manner towards others, including children.

Despite that, there is no justification for resorting to physical violence, especially against a young child.

The fact that this supposedly doesn’t compare to what parents did in the past – as some netizens pointed out – doesn’t make it right either. The goal of a parent should be to provide a future and upbringing for their child that is better than their own.

We hope that if indeed investigations are ongoing, they’ll bear fruit. Should the child be in need of help, he’ll hopefully receive some soon.