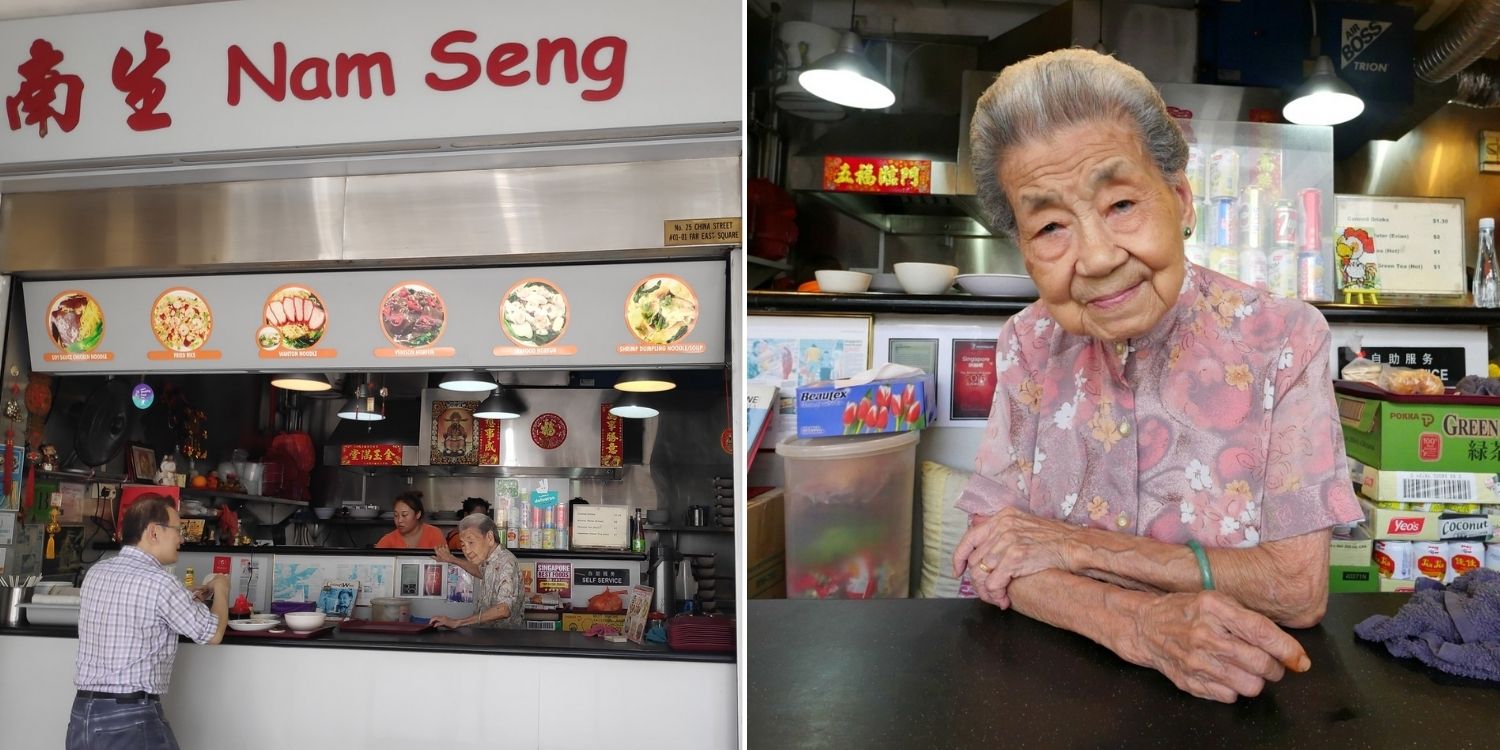 From the crack of dawn till closing, the 91-year-old would be busy preparing ingredients in the kitchen for a long line of customers. 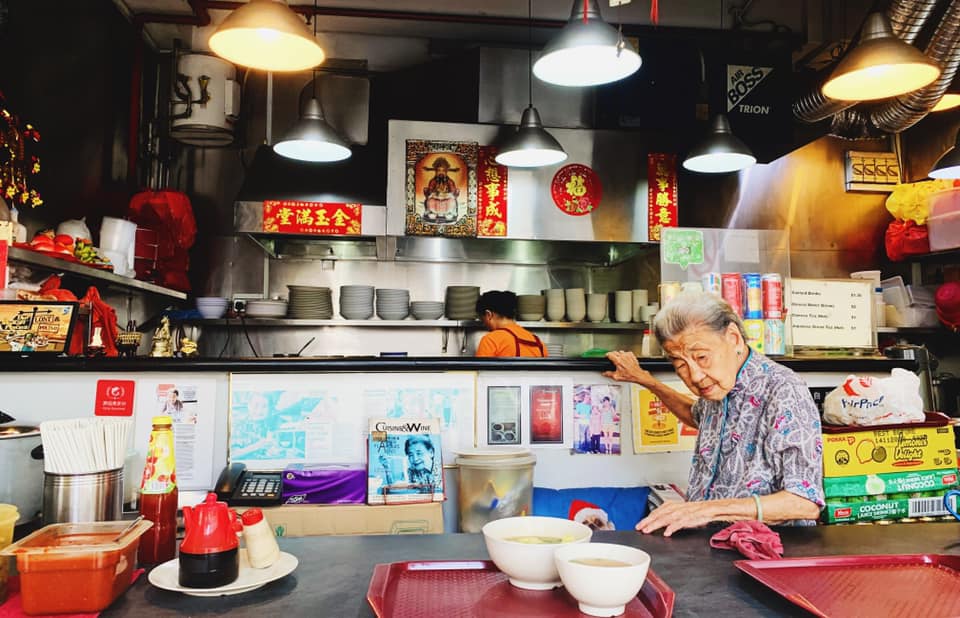 Sadly, her tireless dedication was apparently not enough to keep her humble stall afloat.

Despite reopening briefly after ‘Circuit Breaker’, she has decided to close it for good, after almost 60 years of business.

Business declined drastically due to the pandemic

So when the Covid-19 pandemic dictated that people work from home instead, the Far East Square stall saw a drastic decline in footfall, reports Channel NewsAsia (CNA). Like many other businesses, Mdm Leong closed her stall during the 2-month ‘Circuit Breaker’ period.

When restrictions were lifted in June, she promptly resumed operations for the sake of her loyal customers.

But with ongoing WFH arrangements, the stall shuttered again in July, this time for good, as Mdm Leong reportedly struggled with leasing problems and fewer patrons.

An update on the stall’s Google business information from back in Nov confirms its permanent closure. 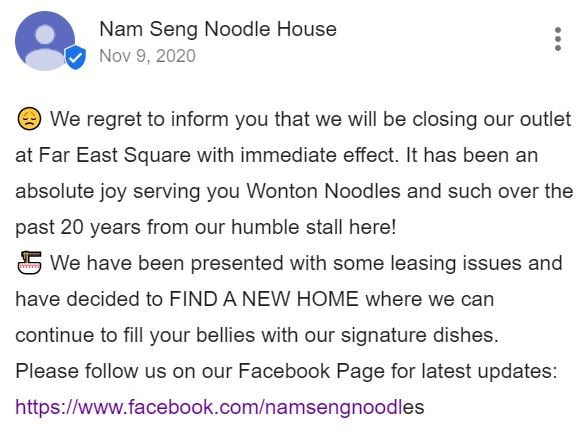 A familiar & historical site no more

For many who recognise Mdm Leong and frequent her stall, news of the closure is a heartbreaking one.

Those who’ve known the stall since it opened at Stamford Road in 1962 and then moved to Joo Chiat before finally settling at China Street would definitely miss the delicious food which has built quite a reputation. 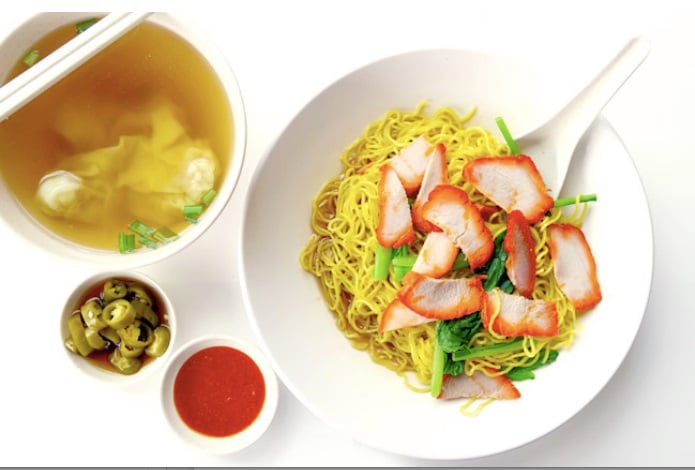 Others who’ve interacted with Mdm Leong herself would likely also miss the affable senior, who would often delight customers with her endearing smile. 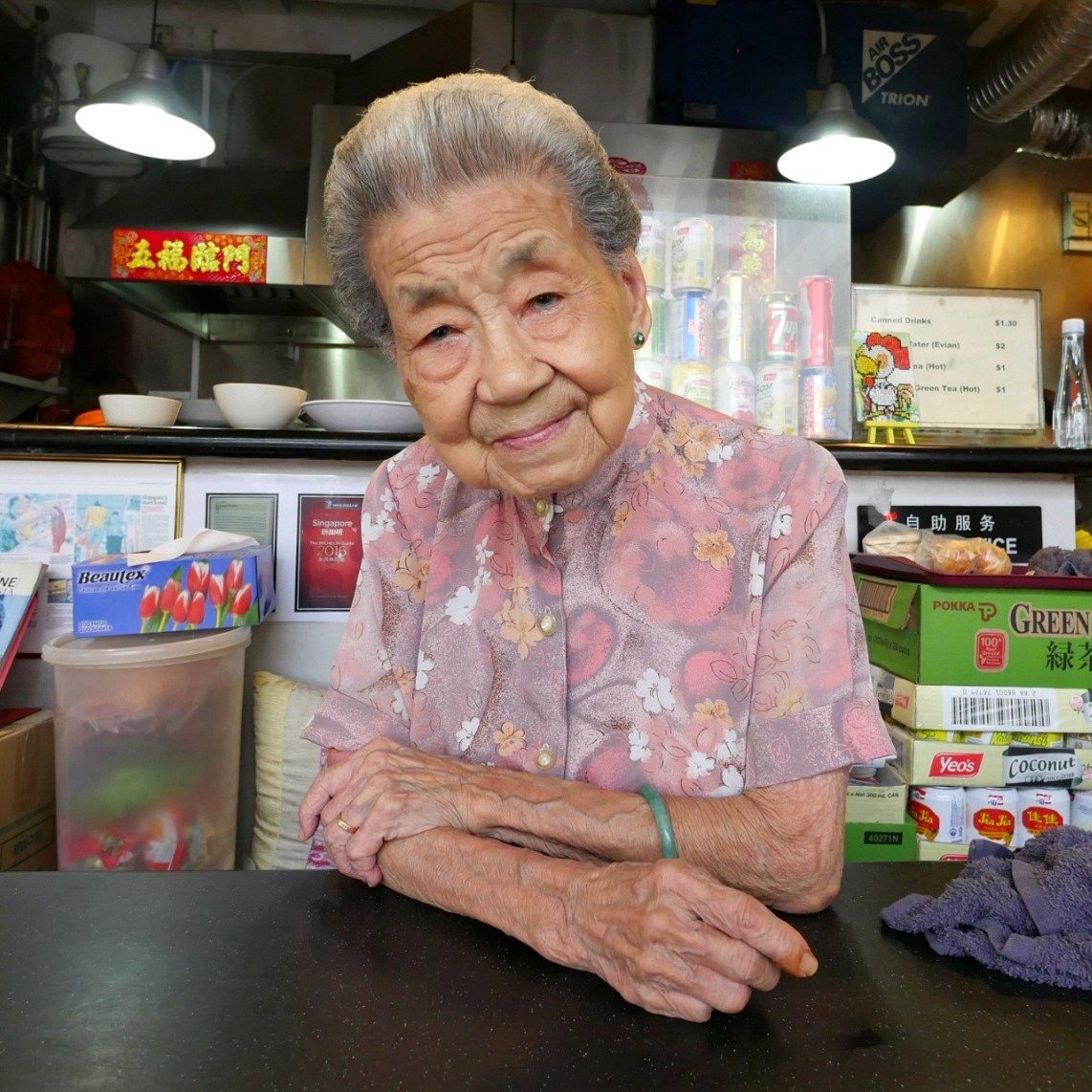 The loss won’t be felt at China Street alone, as Singapore bids goodbye to the historic stall.

May not be goodbye forever

Before fans start tearing up, all hope may not be lost yet.

True to her admirable strength and dedication, Mdm Leong is not letting this hurdle bring a definite end to her beloved business.

According to CNA, Mdm Leong vows to take some time to search for a new place, and revive Nam Seng Wonton Noodles once again.

After almost 60 years of committing to the venture, she refuses to give everything up so easily, and promises to let everyone know when Nam Seng reopens.

At 91, her steely resolve is something we all admire and can learn from. From the bottom of our hearts, we wish Mdm Leong the best, and hope she’ll make the comeback she wishes for.