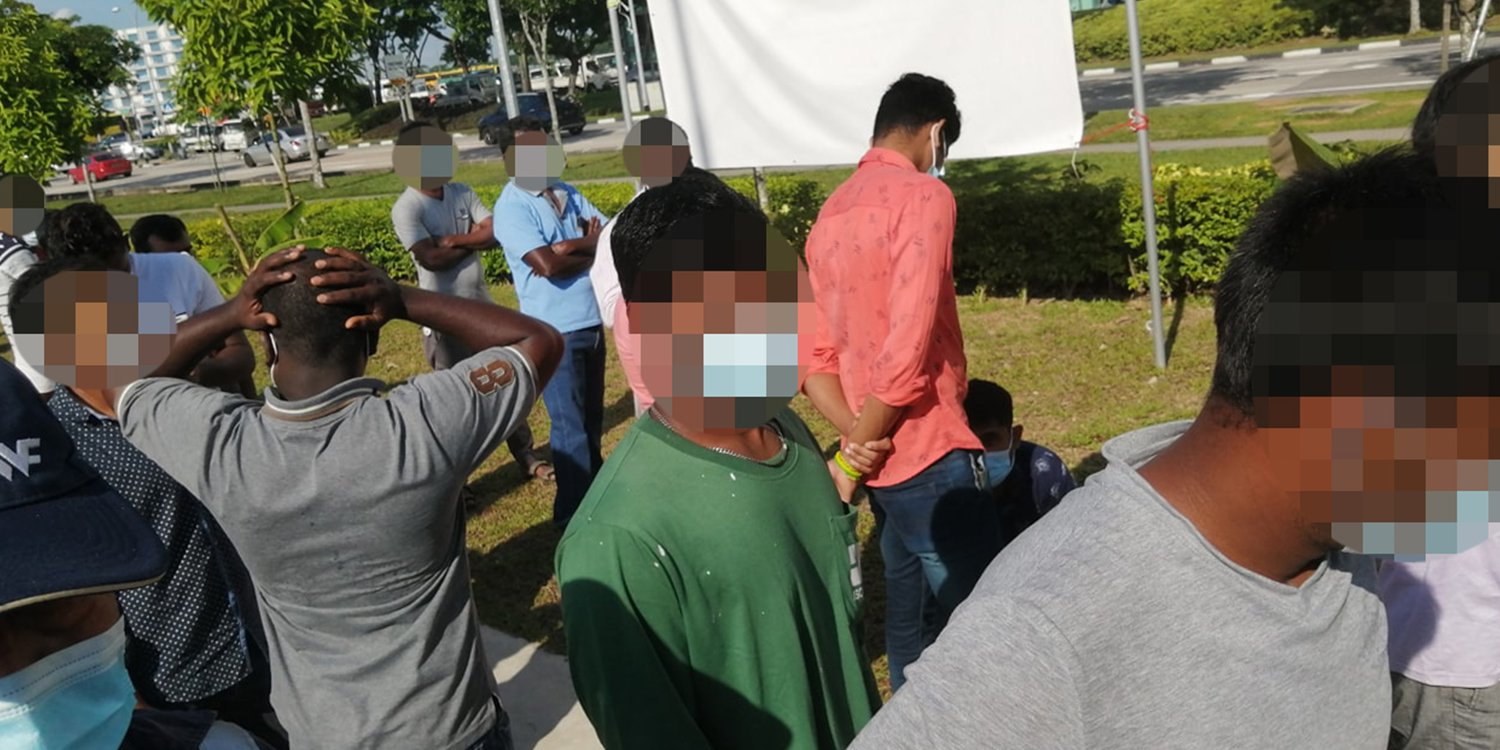 There's apparently a shelter point that workers can wait at.

There have been multiple incidents that resulted in the public requesting for migrant workers to be treated better.

Among them has been the way they are ferried on the back of lorries, which many feel is an unsafe practice.

A netizen posted several pictures of a group of workers who had apparently spent more than 40 minutes waiting under the hot sun to get tested for Covid-19.

Since then, many netizens have expressed their unhappiness about how the group was treated.

A Facebook netizen shared with others about several foreign workers under the hot sun while waiting to get tested for Covid-19.

The incident happened at a Sembawang testing facility, which apparently has the biggest shelter point with a capacity of more than 500 people.

Therefore, the netizen was puzzled as to why the workers had to wait by the roadside under the sun.

Furthermore, while some tried to ensure a 1-metre distance, there were also several who stood fairly near the rest.

Netizens upset over poor treatment of workers at Sembawang facility

Many netizens signalled their unhappiness with the poor management after seeing the post.

Since the workers were waiting to do a Covid-19 test, some netizens hoped better protocols would be implemented to prevent another cluster.

Netizens also hoped the migrant workers will be treated better since they are also humans.

However, some questioned the time that the photo was taken since the facility opens at 9am.

Hence, they wondered if the workers could’ve arrived beforehand.

MS News has reached out to the facility’s management team for comments and will update the article accordingly when they get back.

Since Covid-19 has been a time of uncertainty, we should do our best to ensure everyone’s welfare is taken care of.

This is especially for our migrant workers who are not only far from home but also work tirelessly to build our country.

Hopefully, the apparent issues will be fixed so that they do not occur again, assuming there are any on the part of the facility.

In any case, the hope is that there’s an amicable solution that doesn’t result in the workers having to stand under the sun.